Alfred and I have had to travel to Skultorp a few times since he got pneumonia. 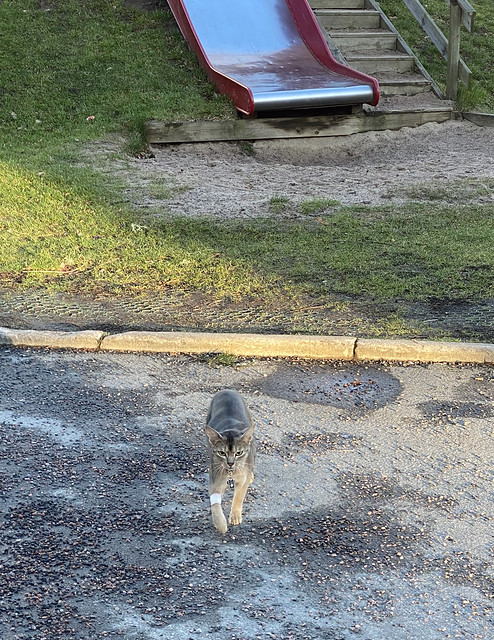 Last Wednesday, we went to Min Veterinär to get some blood tested. 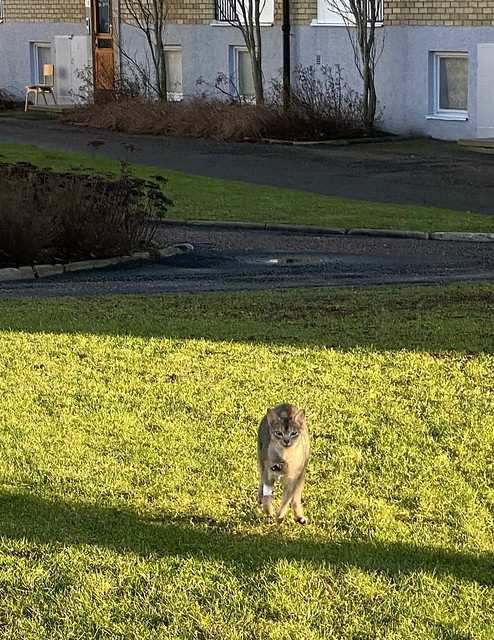 On the way home, I let him walk home alongside me. He loved it. I think he liked being outside despite his ailment. 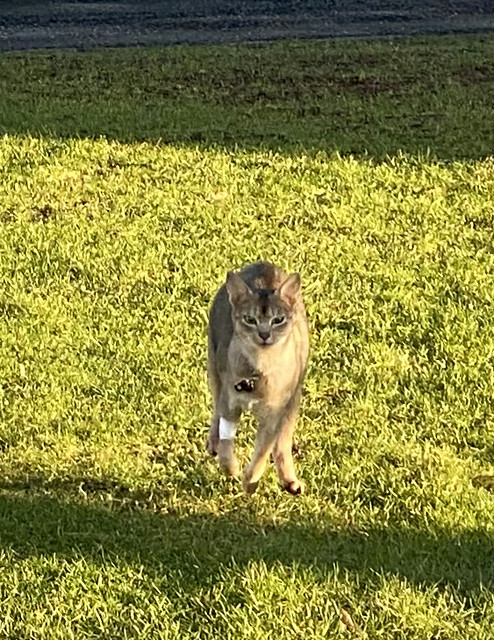 I mean…look at his determination! 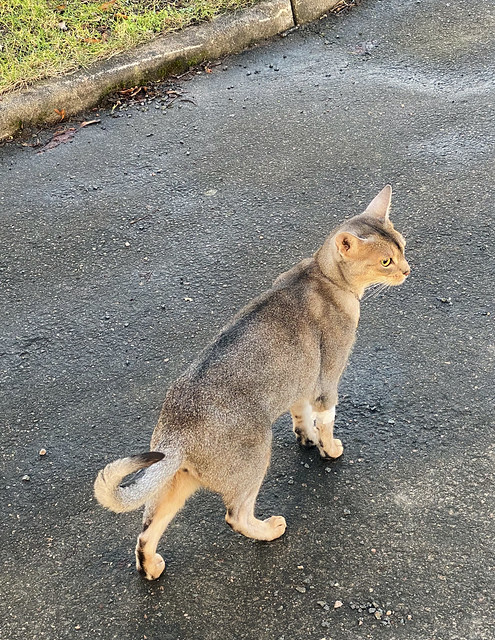 Of course, Freddy is lucky that we have had a ridiculously warm winter…hell, we have barely had any winter at all! 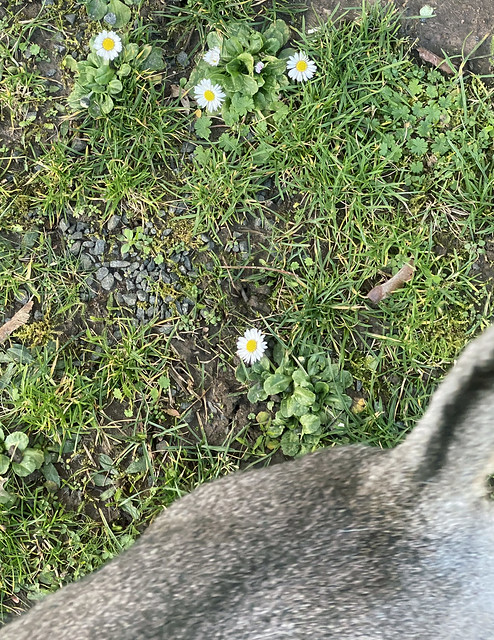 It’s still February! We should not be having daisies this early! 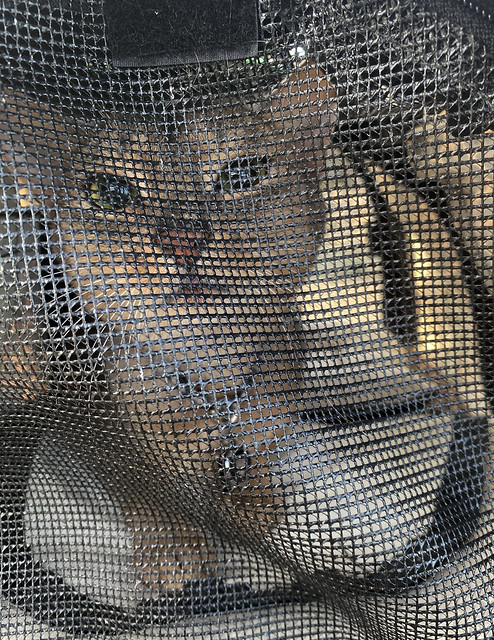 Today we had to go back to Min Veterinär to get new lung X-rays, so we could see if the antibiotics beat the pneumonia. 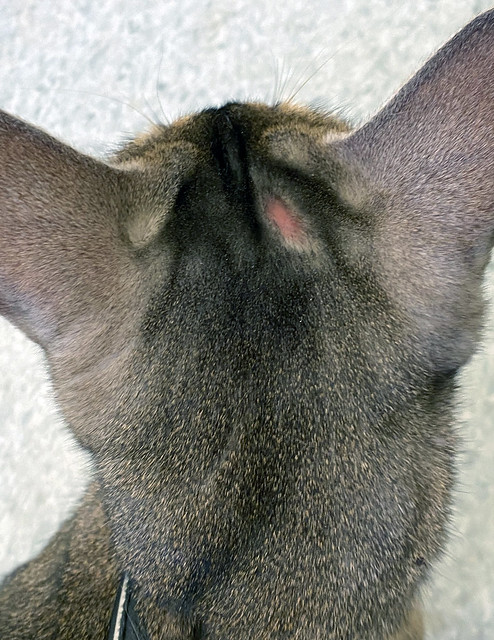 But when I let him out of the carrier, I discovered this! 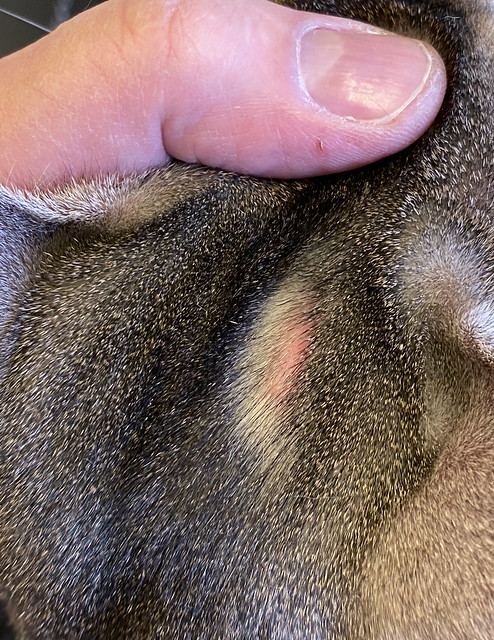 WTF? I have no idea how it happened or who did it. It wasn’t there when I fed him last night. 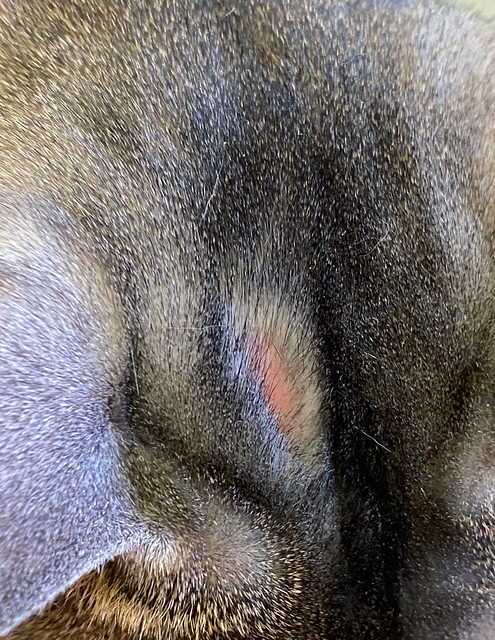 I asked him who he pissed off, but he didn’t tell me. 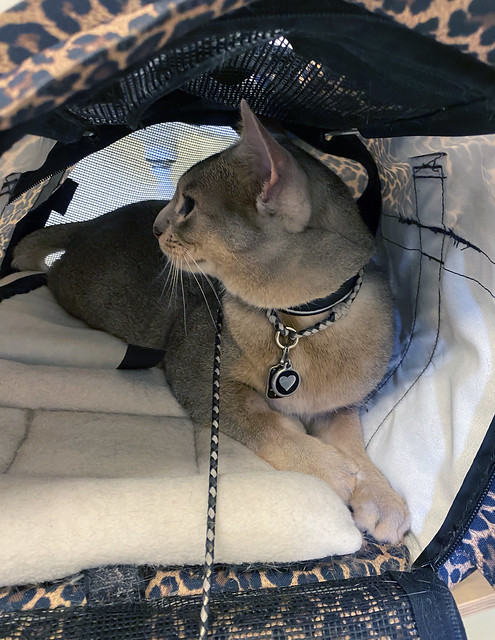 Today, our visit was just about the X-rays (which they will email me soon), and a lot of chilling in his carrier. 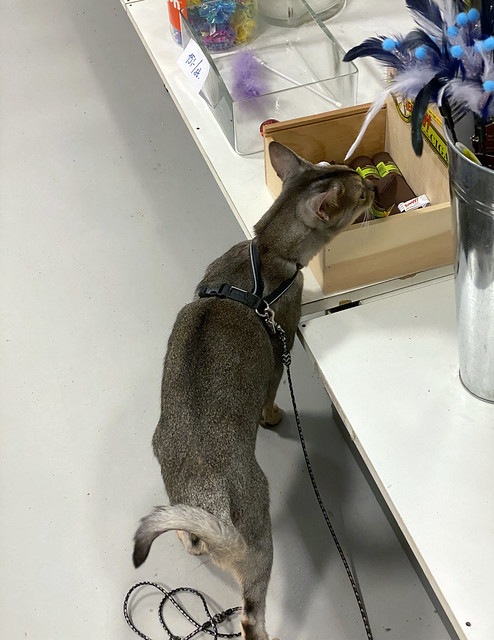 On our way home, we stopped off at DjurMagazinet to get more cat food. I also let Freddy choose a toy to make up for all the vet visits he’s had to endure lately. 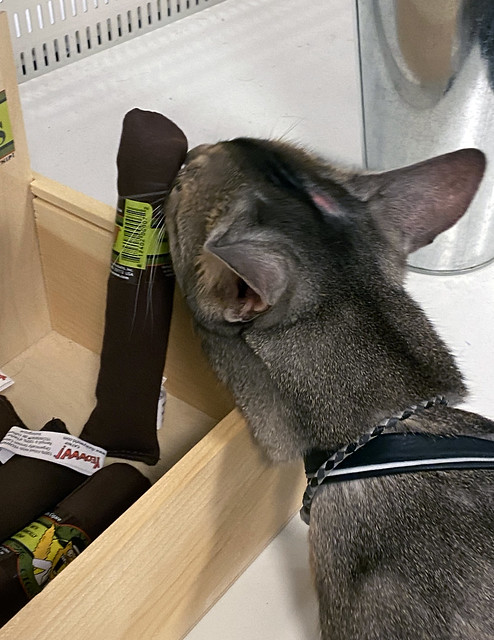 He quickly made his decision: A Yeowww catnip cigar. 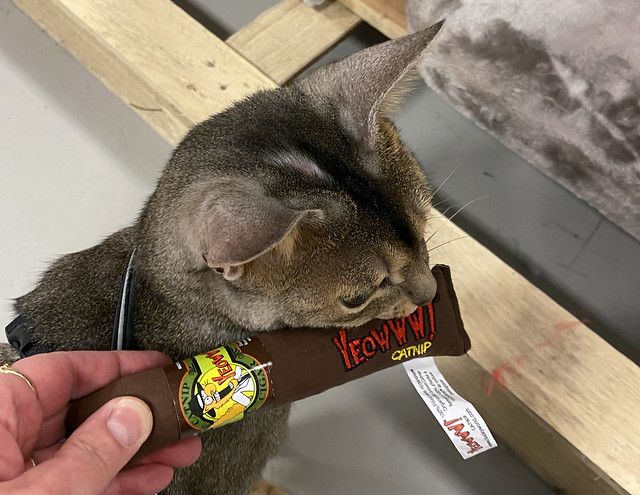 I checked to make sure he really wanted that cat toy. 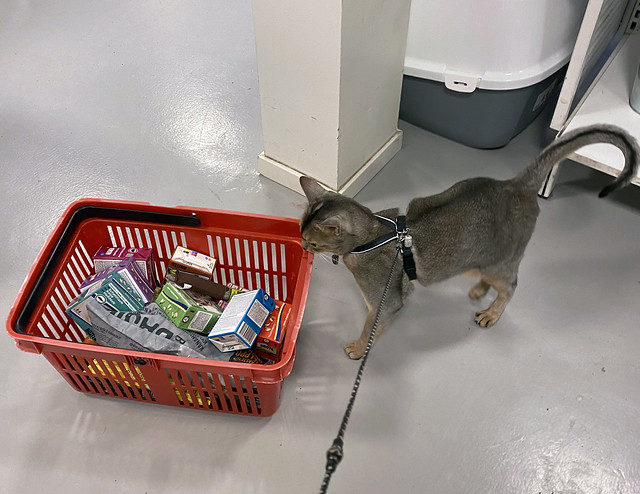 He did. He even checked our basket to make sure his cigar was in there. 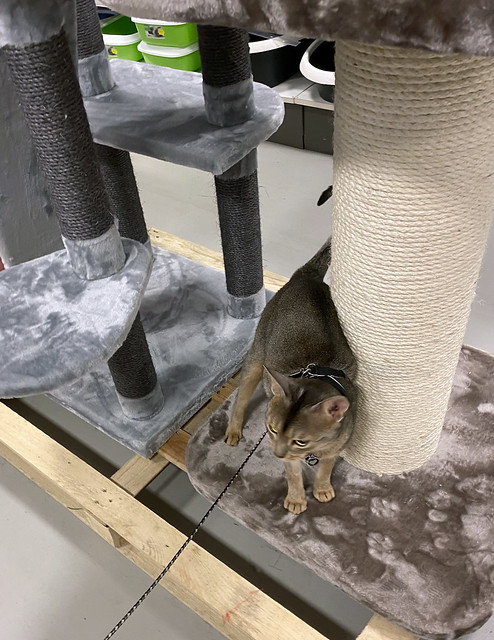 Then we checked out the cat trees. 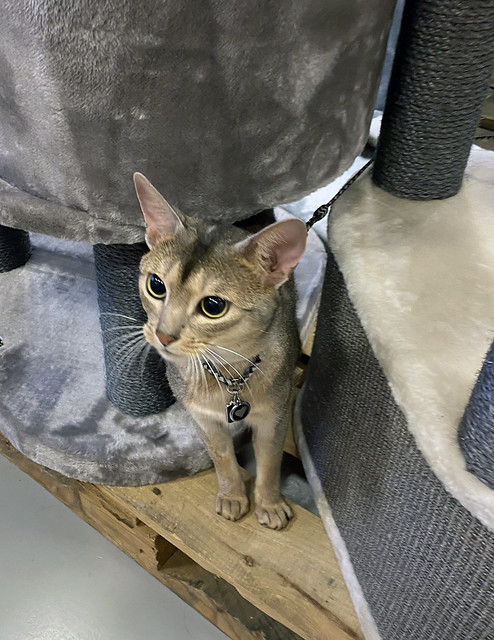 They were pretty awesome. Too bad we don’t need any more cat trees. 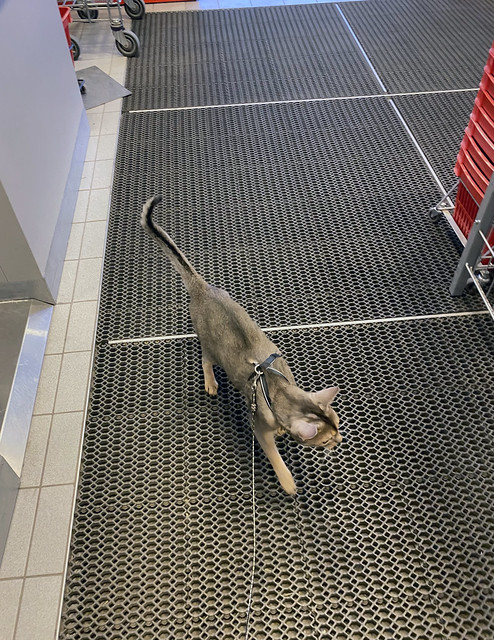 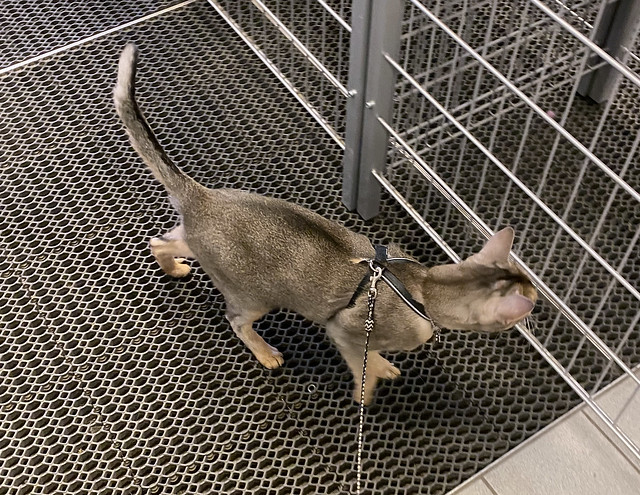 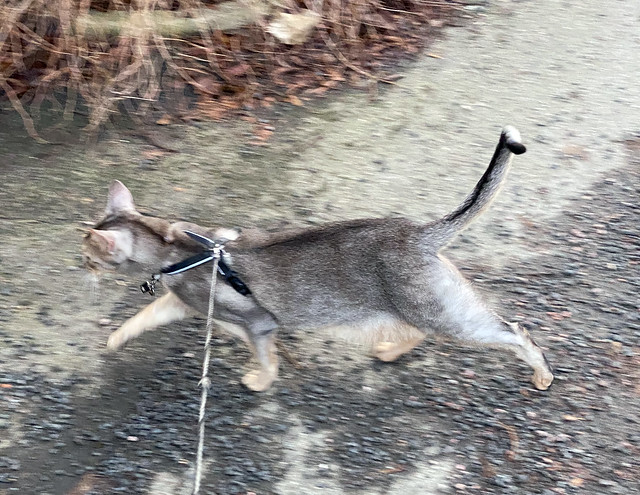 And then today, Freddy walked all the way home from DjurMagazinet. I am very proud of him…he had to deal with traffic, bicycles and a motorbike, and he was bulletproof. Not quite Jacoby-level, but still very admirable.