When we were playing outside in the snow on Friday, I noticed that someone had built a little snölykta (snow lantern) in the yard. I thought it would be cute to take Izaak out to look at it. It seemed about his size. 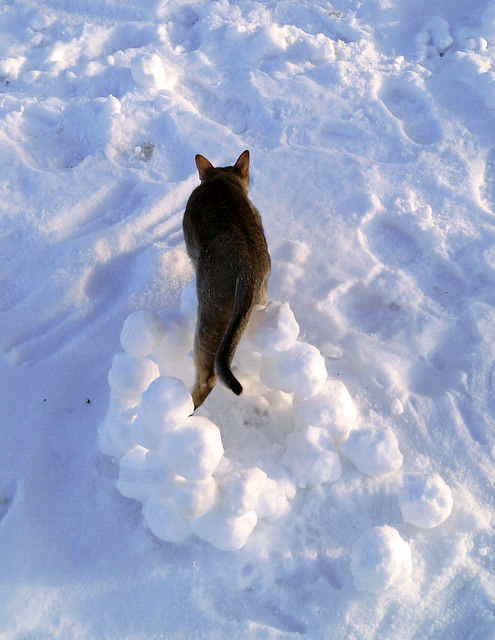 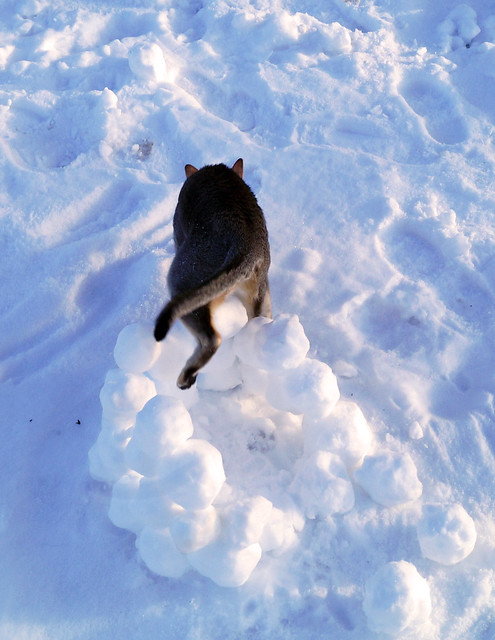 At first I tried to put Zak in the middle of the lantern, but I couldn’t get him to stay in it without knocking over the snowballs. 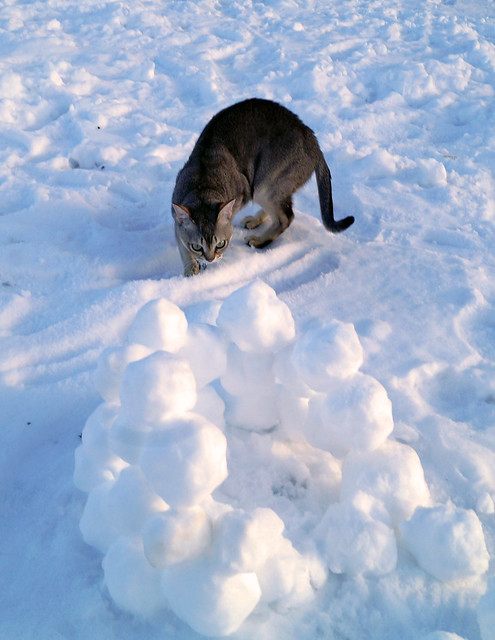 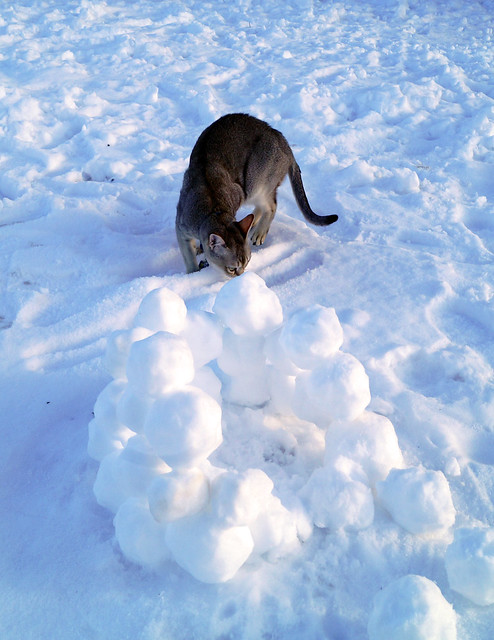 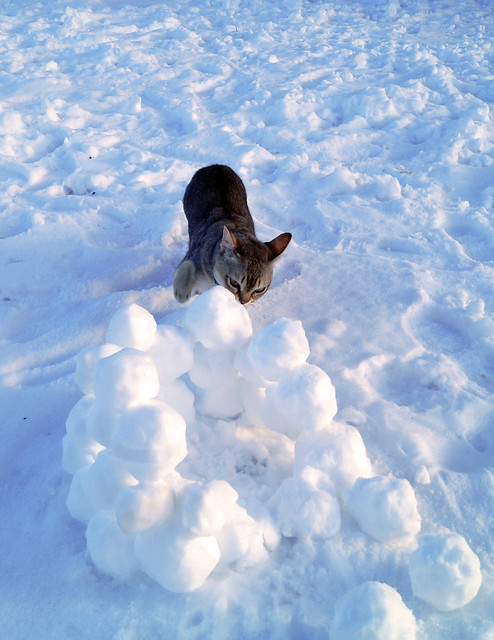 You can see his pawprints in the middle of the lantern. 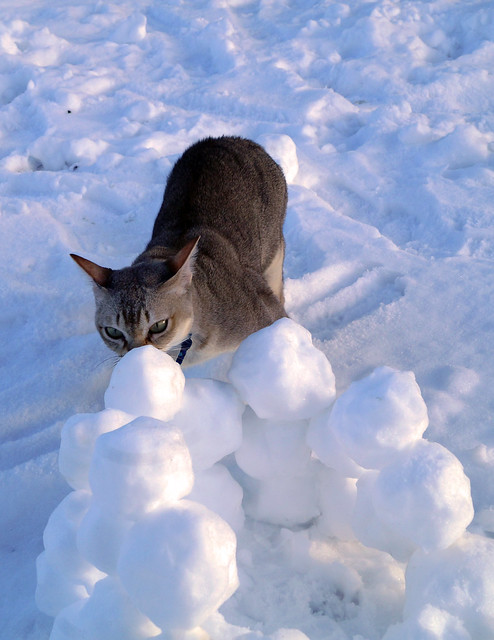 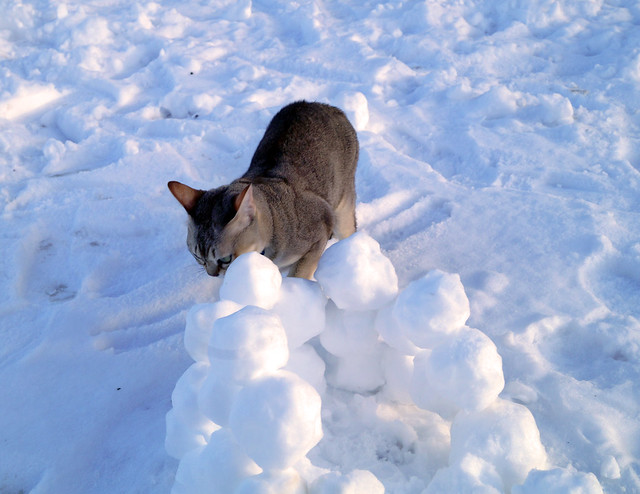 Just because he wouldn’t stay inside the lantern doesn’t mean that he didn’t find the little snowball pile interesting. 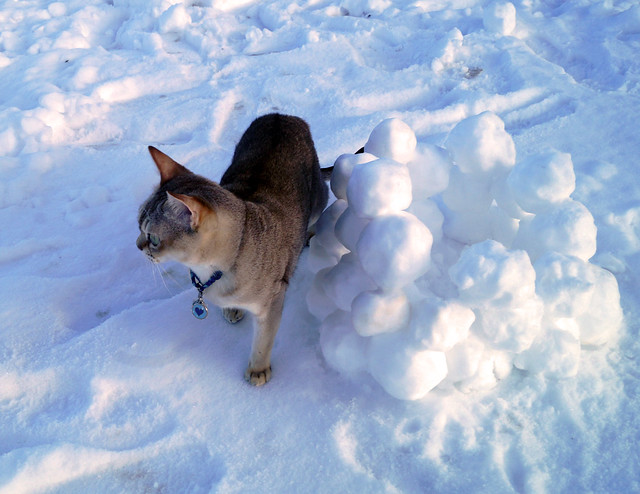 (I put the snowballs Zak kicked over back.) 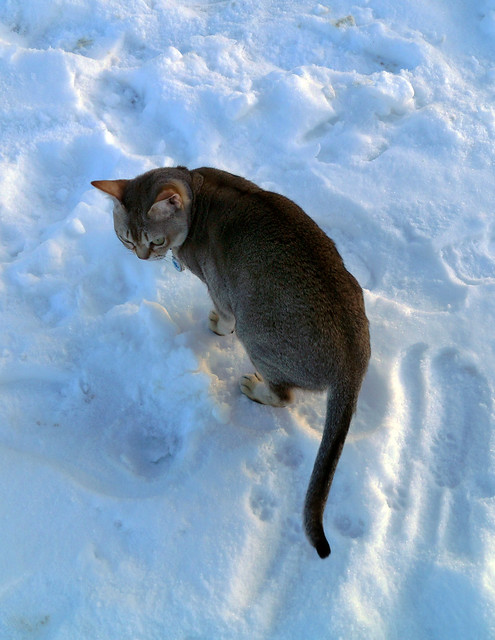 Zak and I hung out for a while. Look at his little pawprints! 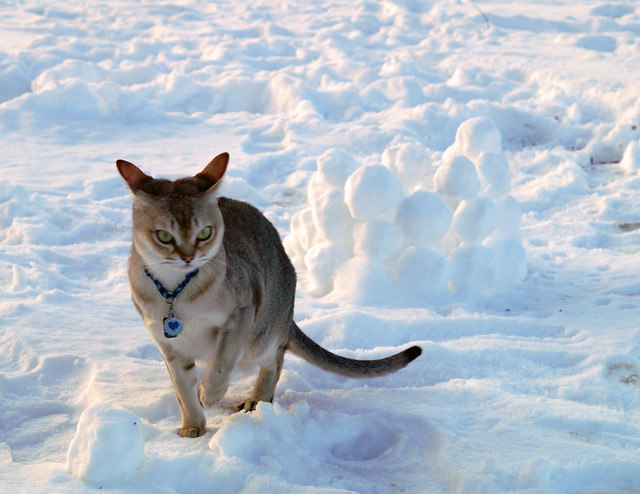 “This IS an airport, please announce your departure…” 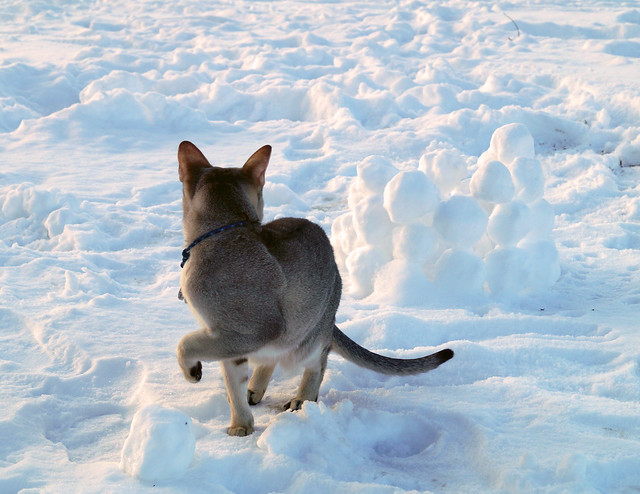 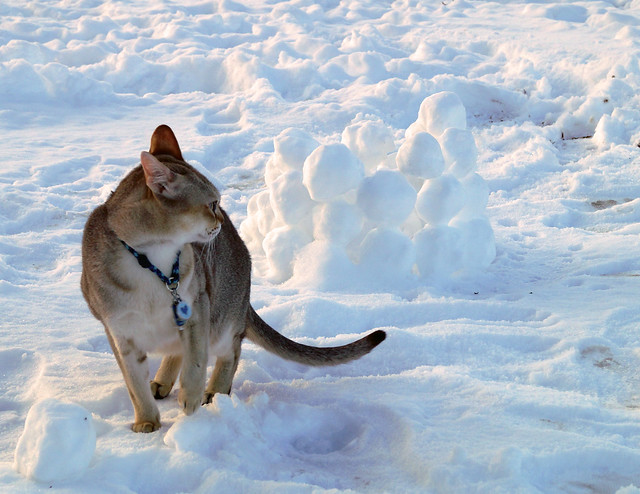 Then, Zak discovered another use for the snow lantern. 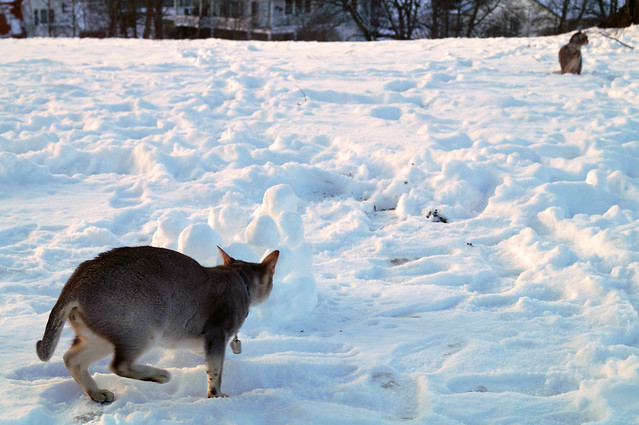 It made a great cover for him to stalk Alfred in the snow. 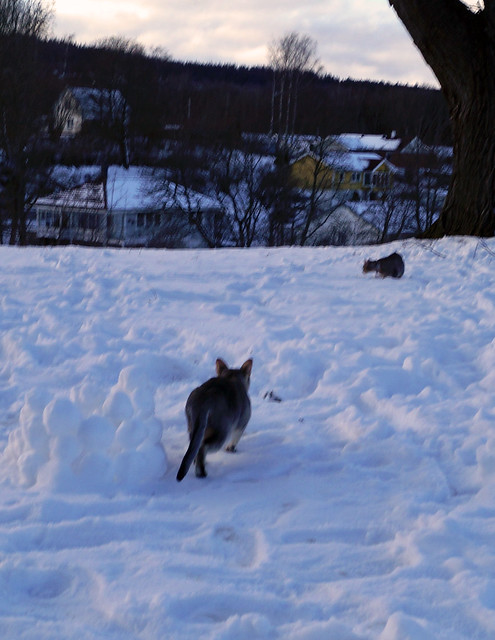 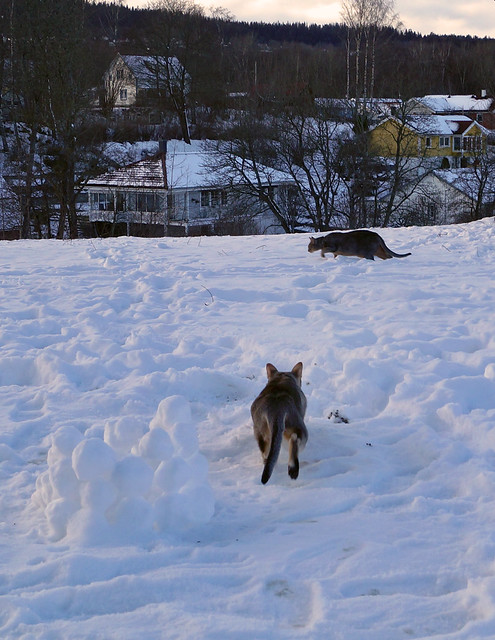 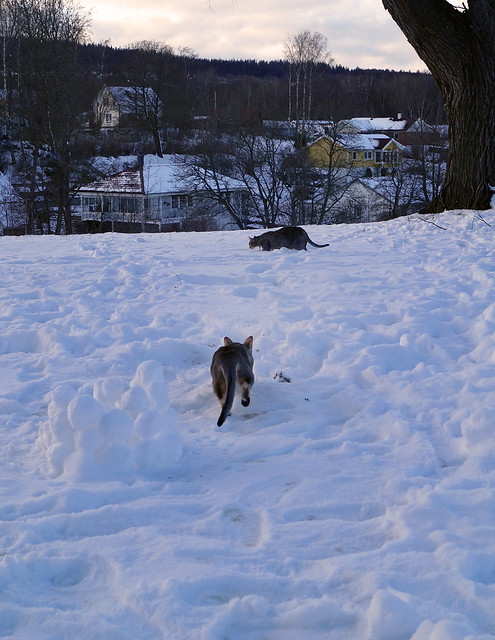 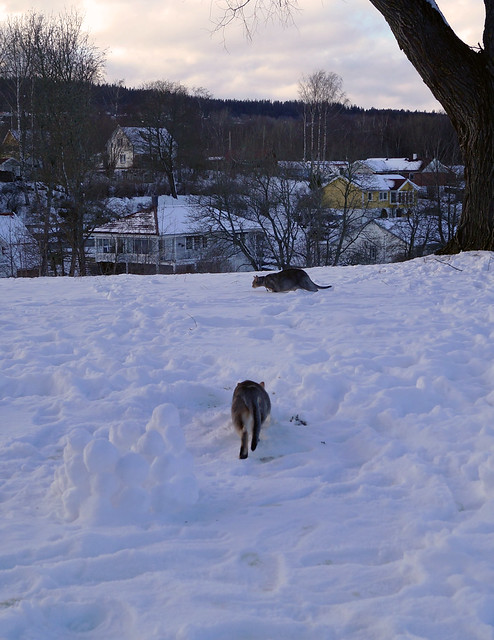 Look how sneaky he is! He’s doing a heckin stealth. 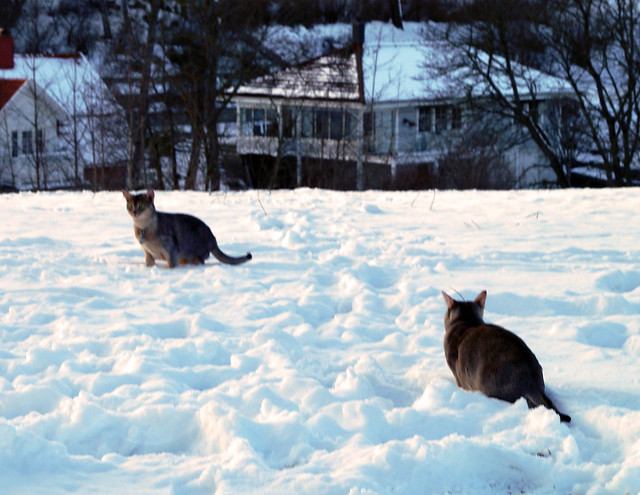 And then, suddenly, he just gave up his hunt. But it was cute to see him playing in the snow when he usually tends to stay along the side of the building.