When we went outside with Emma and the cats yesterday (just Alfred, Lorelai and Izaak; Angel and Dashiell didn’t want to go outside…hell, Zak didn’t really want to go out, but I wanted him to get some fresh air), we ran into the two brothers who LOVE Freddy. I really wish I could remember their names; I have trouble remembering the names of most of the kids who play with the cats, partly because of the language barrier. 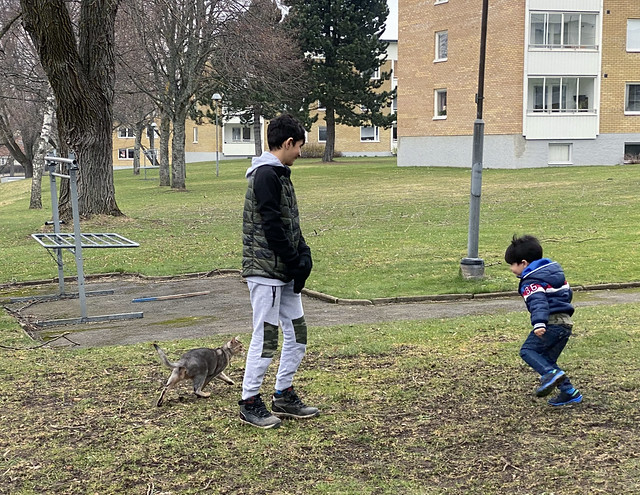 The older boy really loves cats, but the younger one has been in love with Freddy for almost two years. 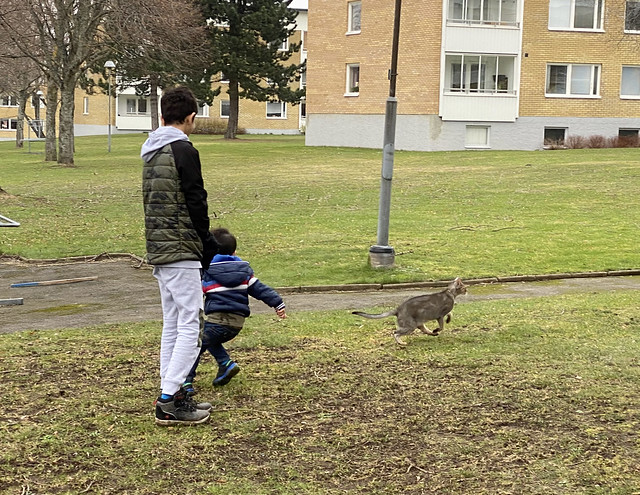 He hasn’t really learned that the best way to get a cat to let you pet him is NOT to chase them, but he’s only around four years old (I think). 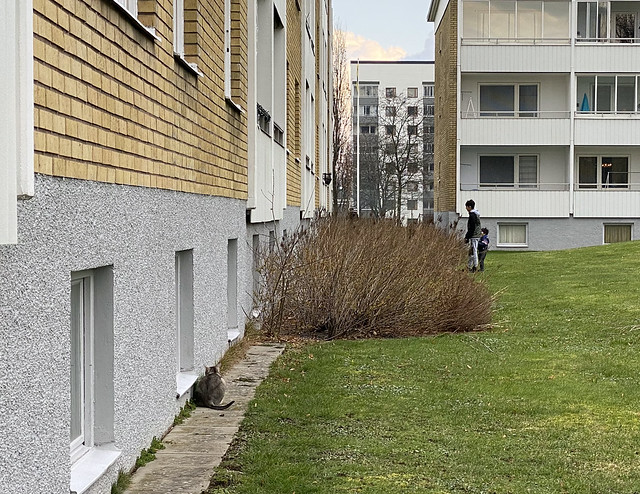 After a while, the little boy wanted to see Rory. Of course he did. She is the most difficult cat to catch! But it kept the boys occupied, so Freddy was happy with that. 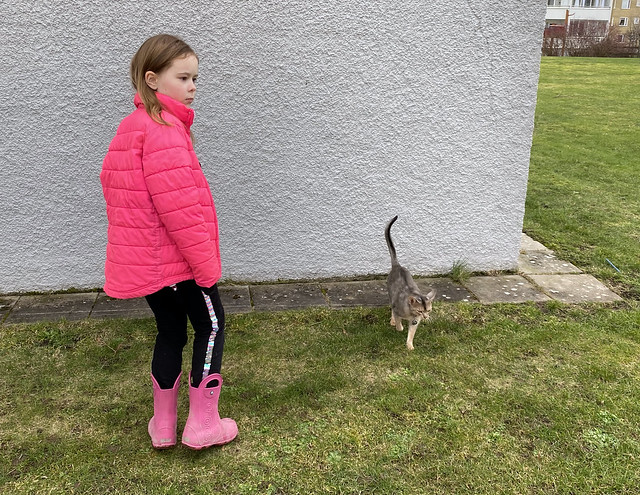 Freddy eventually went around front to hang out with Emma. 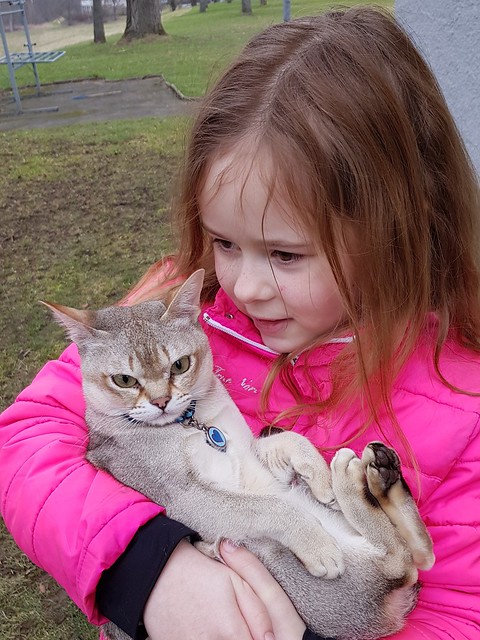 Interestingly, the boys didn’t seem to be interested in Zak. And he was mostly hanging out by the front door, waiting to go back inside the house. When we go out and the neighbourhood girls are out, he’s the one they all want to hold. 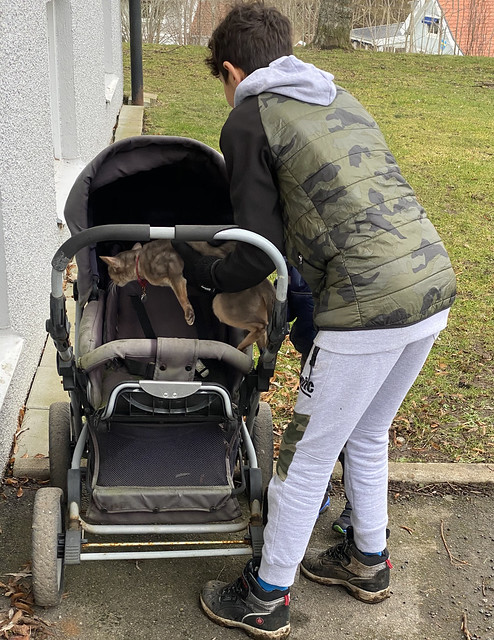 Eventually, Rory made a mistake, and tried to hide in the stroller that is perpetually parked outside our building. 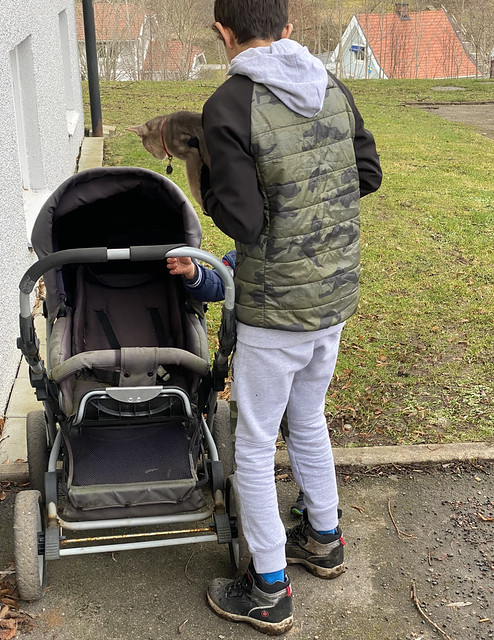 That allowed the older boy to pick her up. 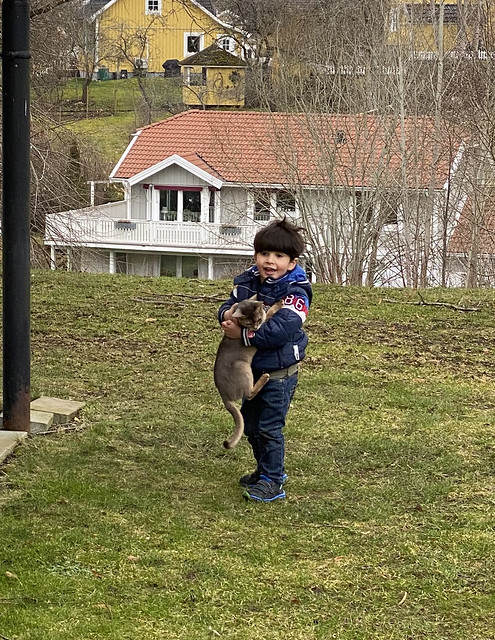 The little boy was so happy to hold Rory! He wasn’t holding her perfectly, but he was gentle and doing the best he could. Having bathed her, clipped her claws and medicated her, I knew she was perfectly capable of twisting free from his hands. 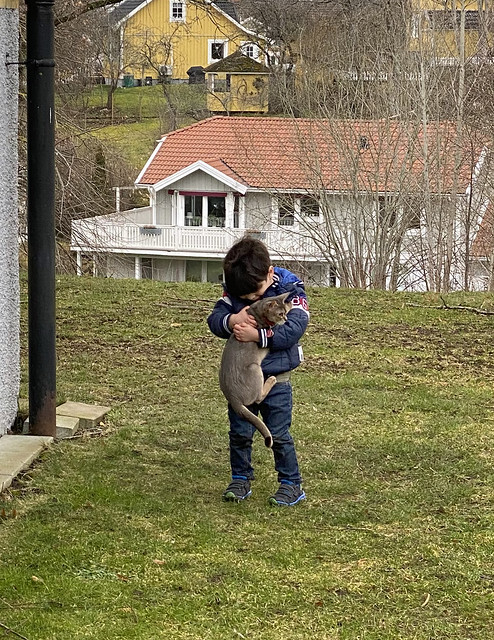 I think she understood how happy it made him to hold her. 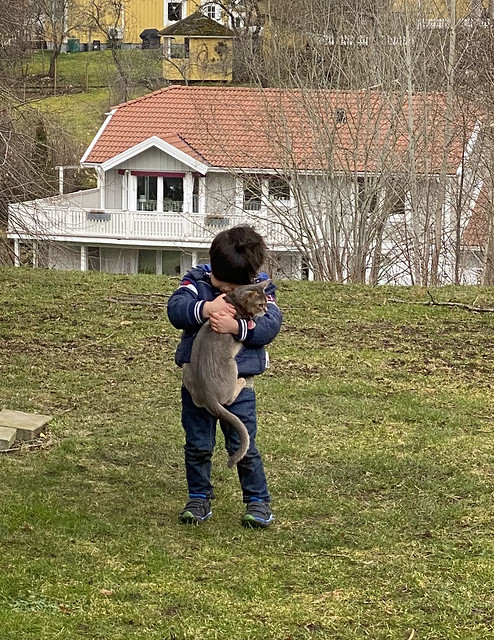 And he was so happy. He even hugged her! His older brother has said that they want to get a cat, but I think their parents won’t let them. However, the older one told me that they did get a hamster, and it’s really cute. So at least they have a pet. I think they could grow up to be wonderful cat guys. 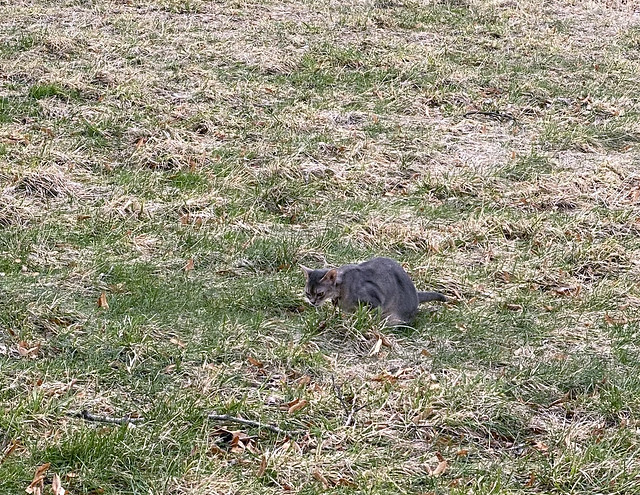 And don’t worry about Rory…she was perfectly fine.