I am not sure where it came from, exactly, but a while ago I discovered a short little video my ex took with his iPhone. It’s just Angel being cute, kneading a blanket on the sofa in our old (tiny) apartment, with a cameo by Jacoby. 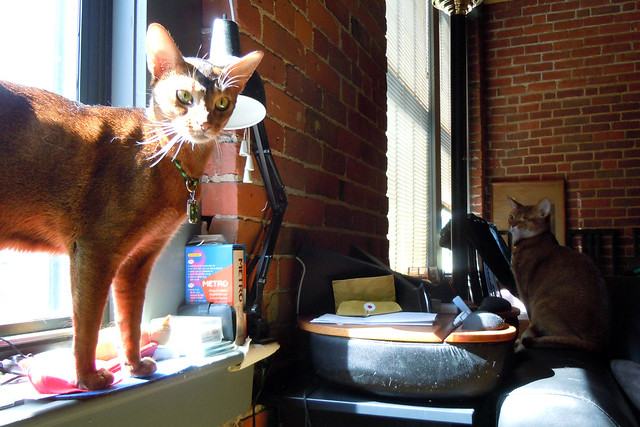 It seems to have been taken around the same time as the other photos in this post, sometime between January and March 2011. 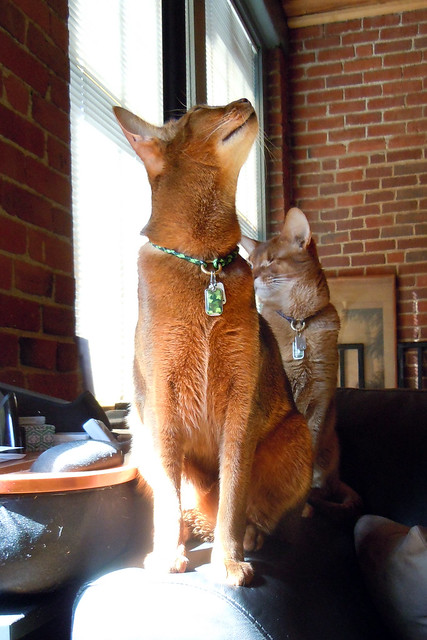 Jake would have still been recovering from his escalator incident when these were taken; he and Angel were getting along fairly companionably, too. 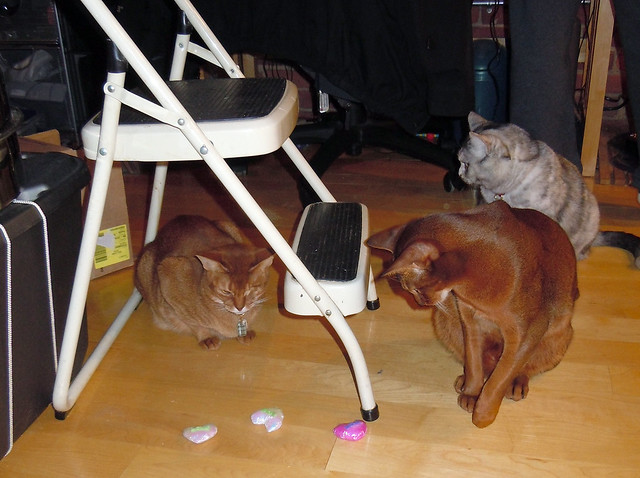 Here they are on Valentine’s Day 2011. Two weeks later, Jake would be going to his first cat show…where I met my friend Meg, as it happens. 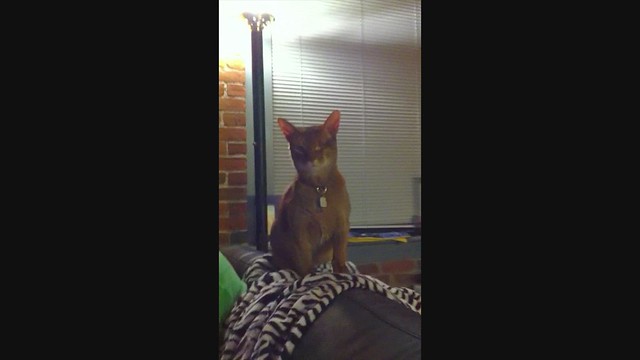 In any case, here’s the little blast from the past I found on a random jump drive. Click on the image to view it in another tab.