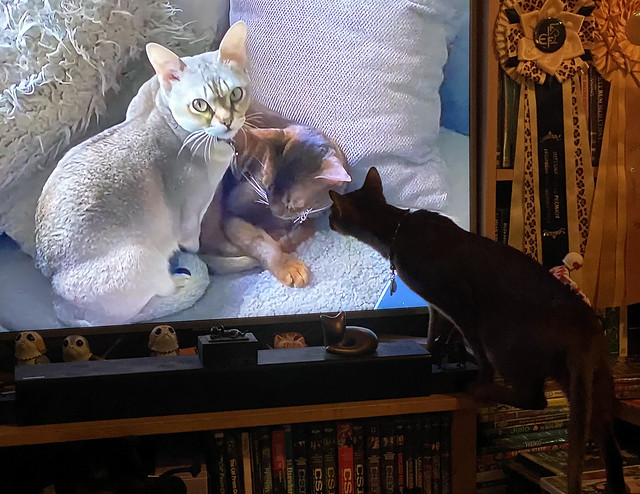 The other day, we were watching YouTube videos on the television, and I wanted to show Björn the video of Lorelai stalking the geese, which he hadn’t seen yet. 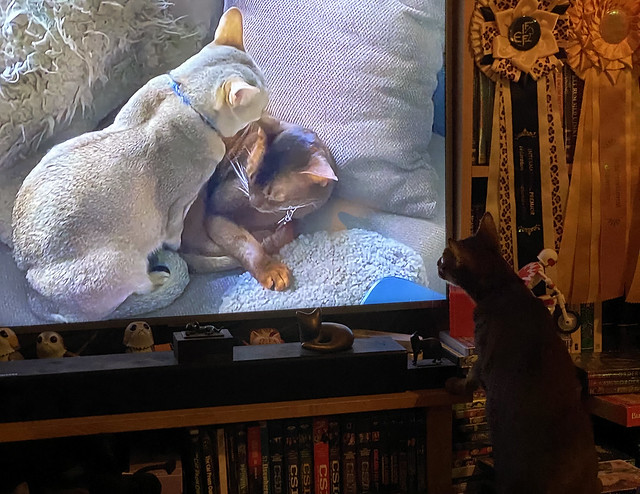 After that, YouTube autoplayed the next video, which was the one of Izaak sitting on top of Dashiell. 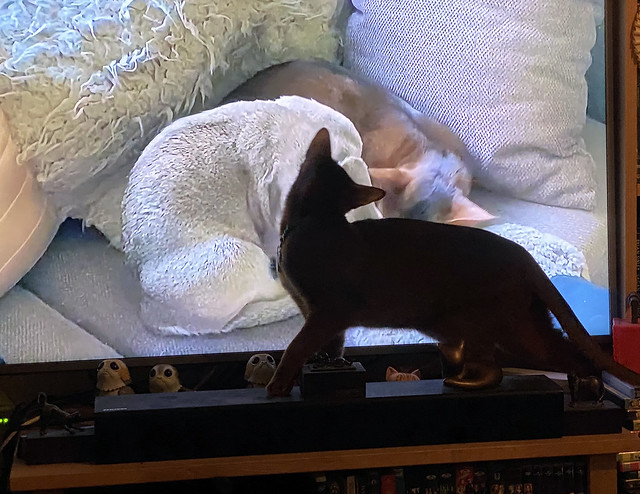 Dash was intensely interested in seeing him and his buddy on TV. And then the cutest thing happened. 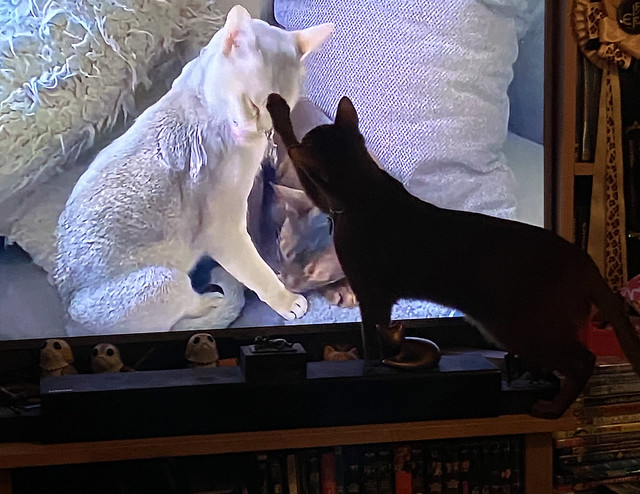 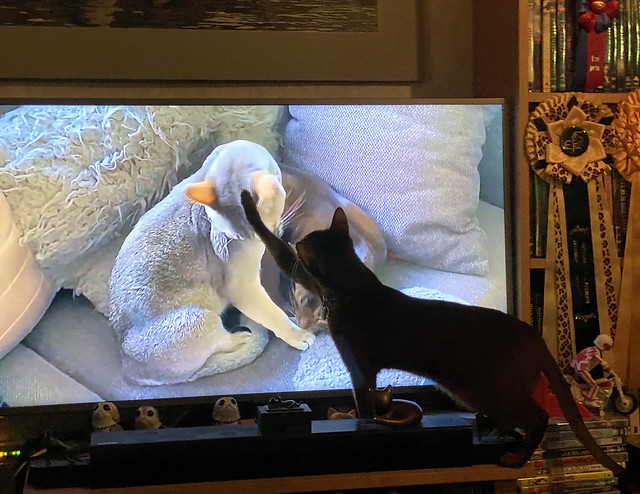 He reached his paw out and touched Zak! It was so sweet, so tentative…but he definitely recognised his friend. 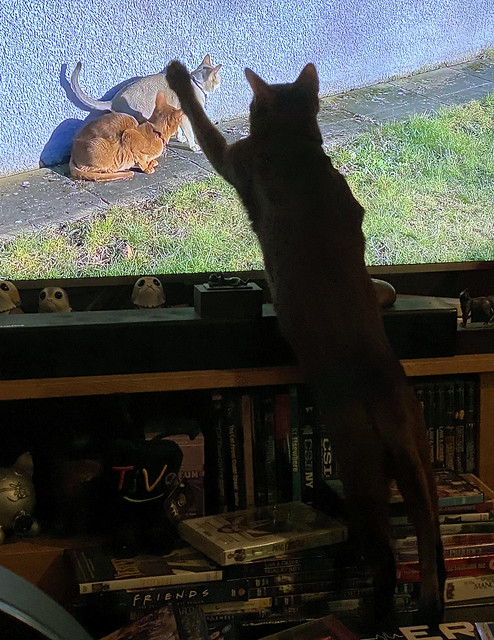 Then a different video autoplayed, one of Angel and Zak outside. And Dash patted Zak’s image again! I have never seen a cat do this before. I have seen them play with images on screen, but not recognise another cat that they know.

I made a little video of him…but he went behind the screen looking for the cats. I did finally capture him patting Zak.