As you remember from last week’s post, I started working on a drawing of Izaak as Toothless the Night Fury from the How to Train Your Dragon films. The first step was the second, clean ink layer. I did something a little different than I usually do, though; I only used black for the outline on his eyes and his tail attachment. On the rest of his outline, I used dark brown, and on his collar, I used blues and silvers. And I finally worked out how the eyedropper tool works in Procreate! You’ll notice I didn’t outline the bones on the wings. I actually did, but then copied them to their own layer. I had an idea. 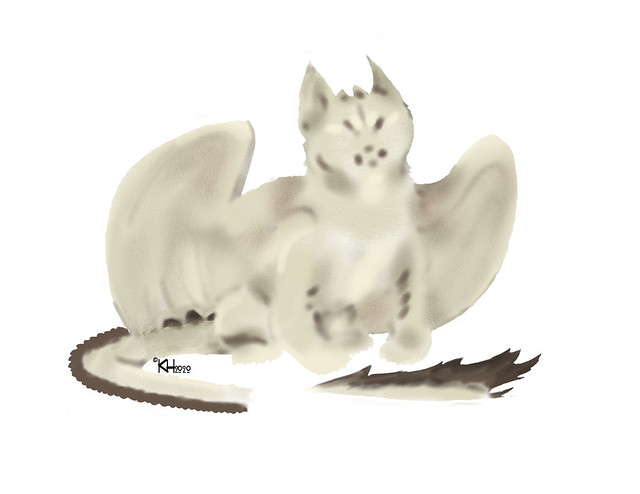 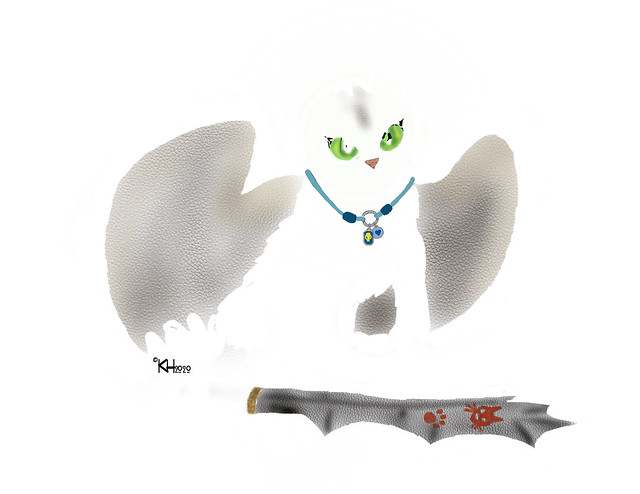 I did the undercolouring in two layers: one of the basic shades, and another on top of that with the eyes and collar colour and the wings and prosthetic tail. I found a marvellous texture brush in Procreate that was perfect for the wings and the tail attachment. 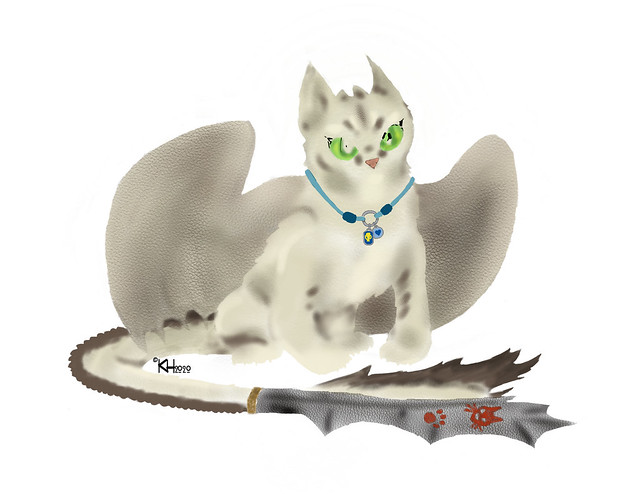 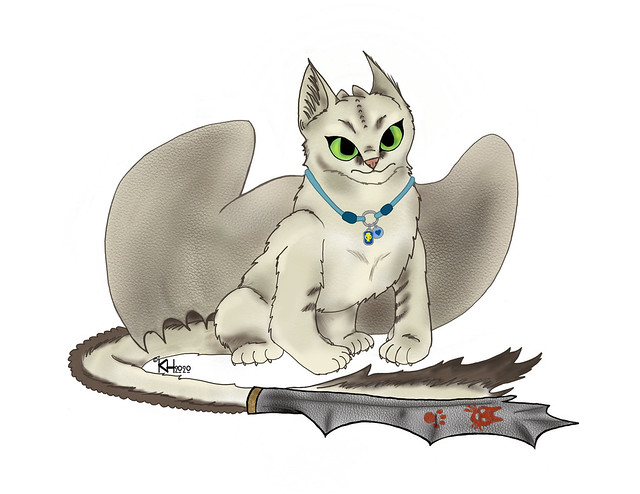 Here are the two undercolour layers combined…and then with the ink layer. 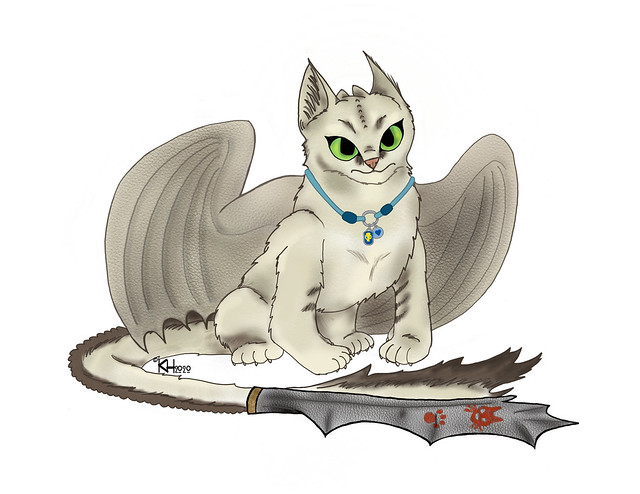 Then I worked on the wing details. These are the outlines from the inking…with some transparency, layer enhancements, and…finally, a use for the plastic wrap filter! 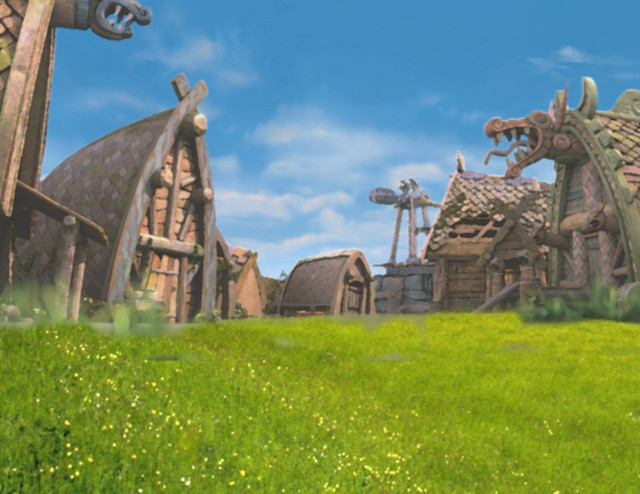 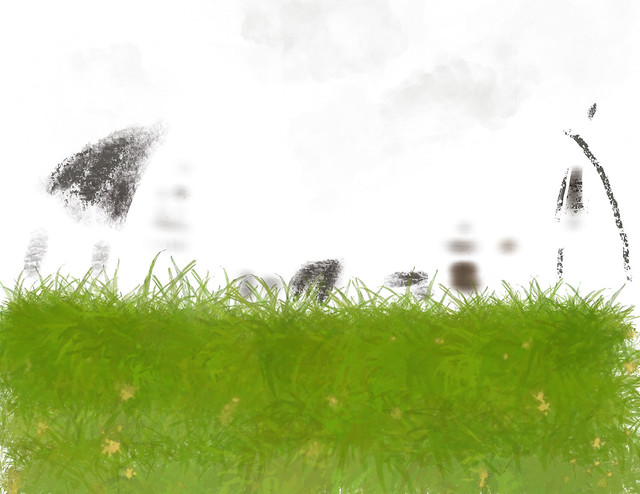 Then I switched to the background. I found a blank background from the movie art and deleted the bits in the scene I didn’t want. Then I added a paint layer to adapt the scene to what I wanted. 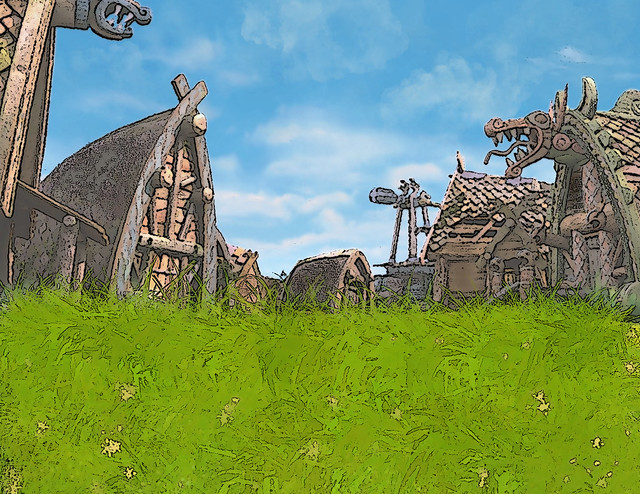 Then I combined those and ran a few filters. 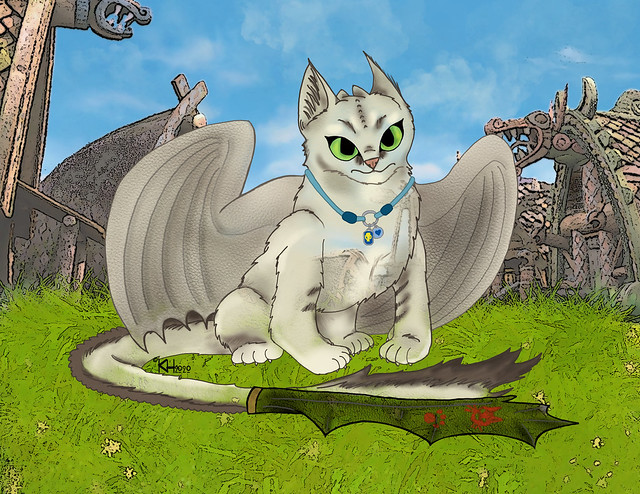 But…when I switched from Procreate to Photoshop and put “Zakless” on the background, I discovered there was a transparency problem. 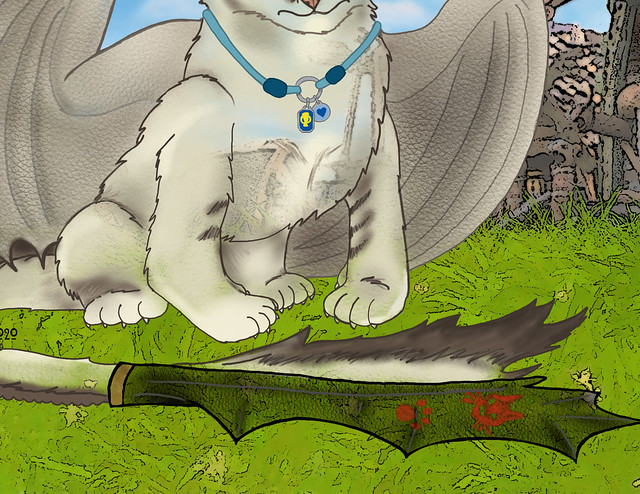 You can’t always see the gaps in colour when you’re working in Procreate on a white background. But I came up with an easy fix. 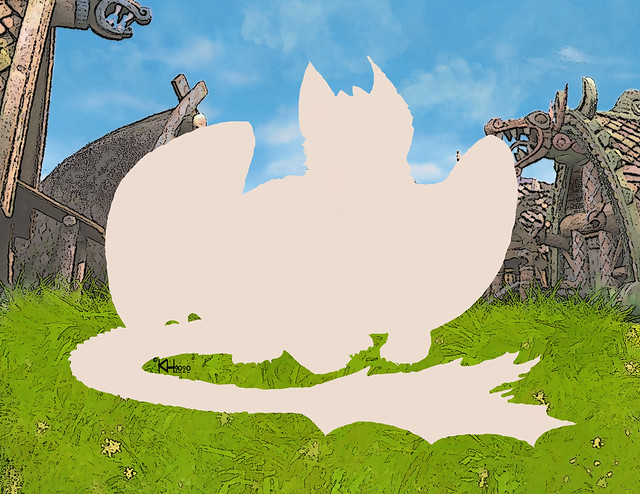 I made a quick solid, opaque figure on a separate layer between the background and the colour layers. This would actually turn out to save me time later on. 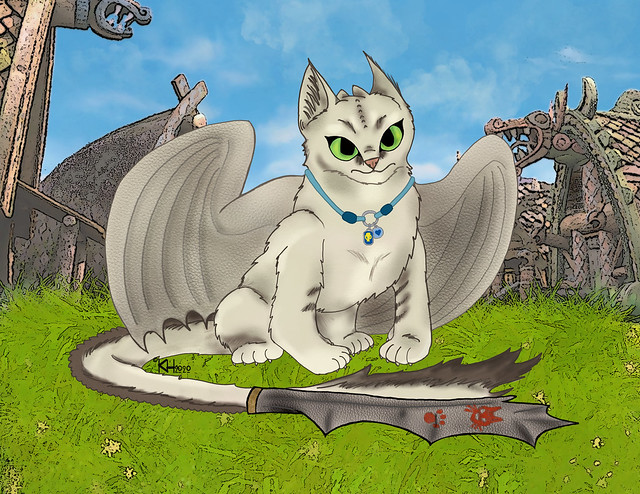 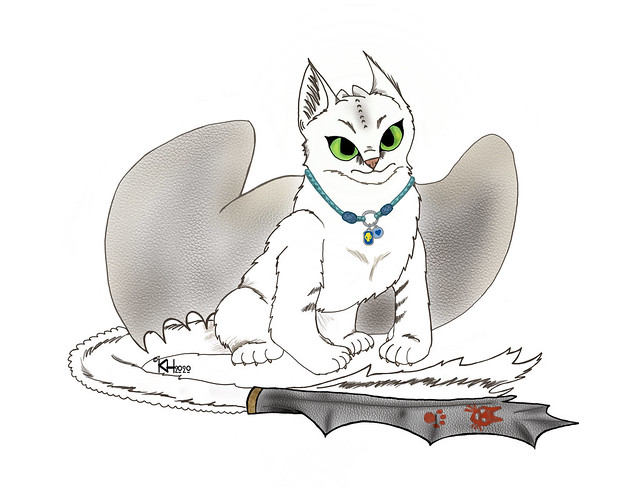 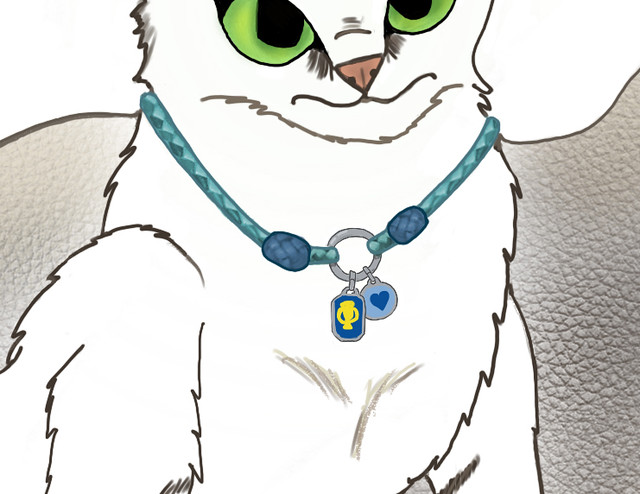 I did the collar first. I actually used a photo of Alfred’s collar and changed the hue and lightness to get Zak’s blues and lightened the opacity to get the braid pattern. This is on a layer between the second ink and the undercolour. I could have done a similar thing with his tags…but I liked the way I drew them. 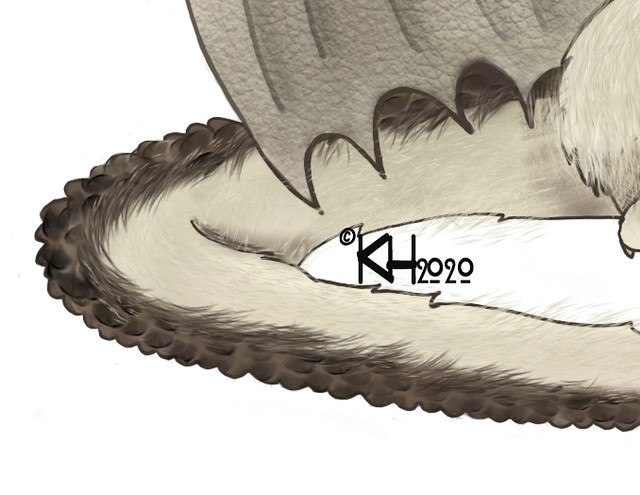 Next, the fur texture. You’ve all seen my fur brushes, and I didn’t do anything new or unusual…except this: I found a wicked cool scale brush along with my feather and fur brushes. Never needed to use a scale brush before, and I really like the effect. 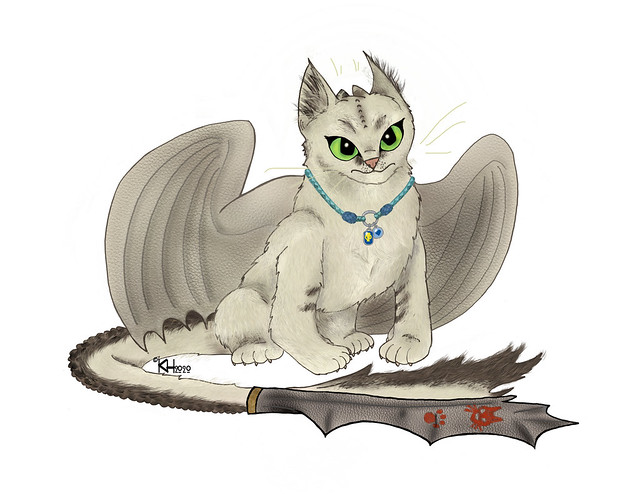 Here’s the finished Zakless, including whiskers and eyeshine. 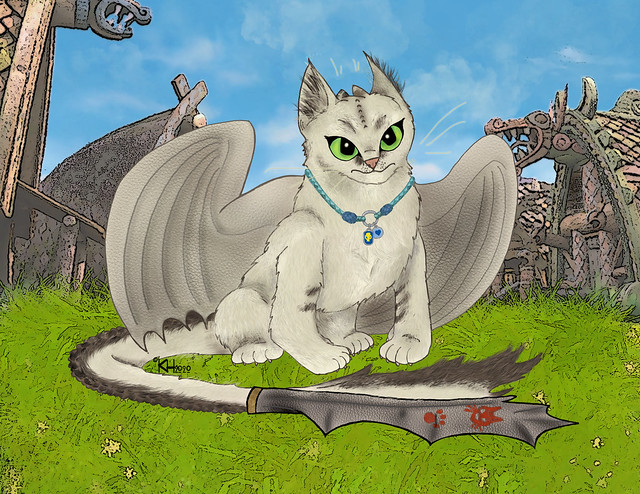 And here he is with the background. 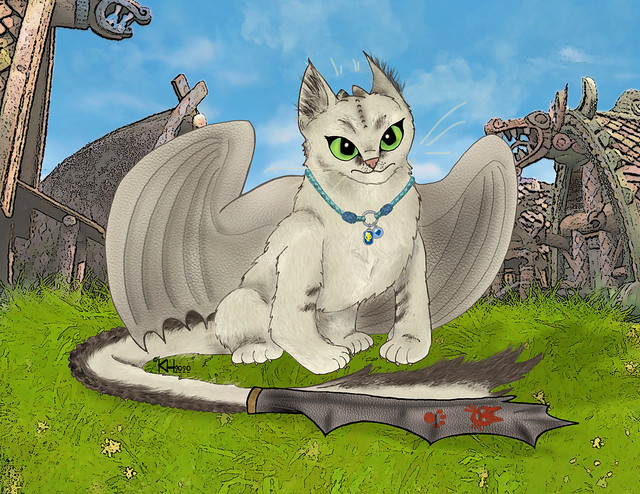 Add his shadow (made using a copy of the opaque layer I had already made, just black, distorted, translucent and blurred)…and voilà! Here is the finished Zakless! 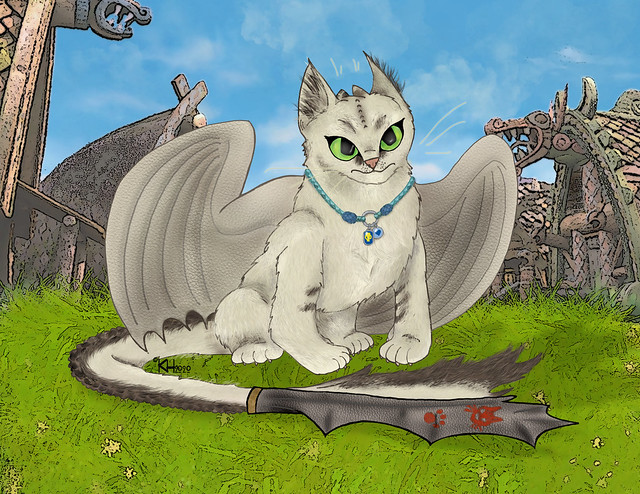 Or is it? After I thought I’d finished him, I got a brainwave on how to improve the eyeshine…with the plastic wrap filter! 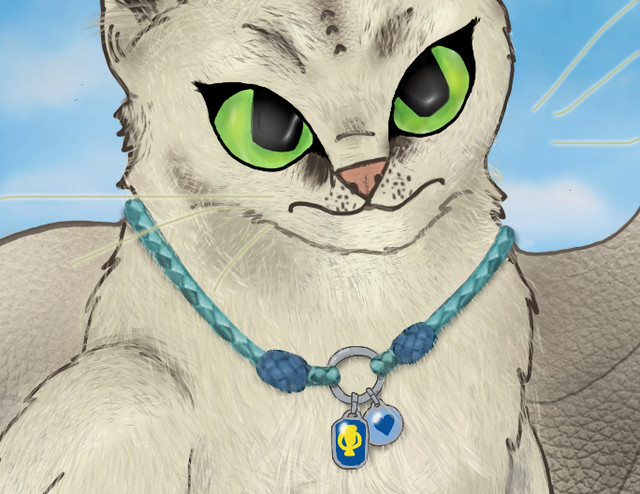 I think it looks more realistic. I also added a tiny drop shadow to the collar. It’s barely noticeable, but it adds a bit of depth, which I like. Yes…I think he’s finished now.