Dashiell loves to go outside with the other cats…once he gets outside. He doesn’t go running for the door like the others, and I have to catch him and carry him out. 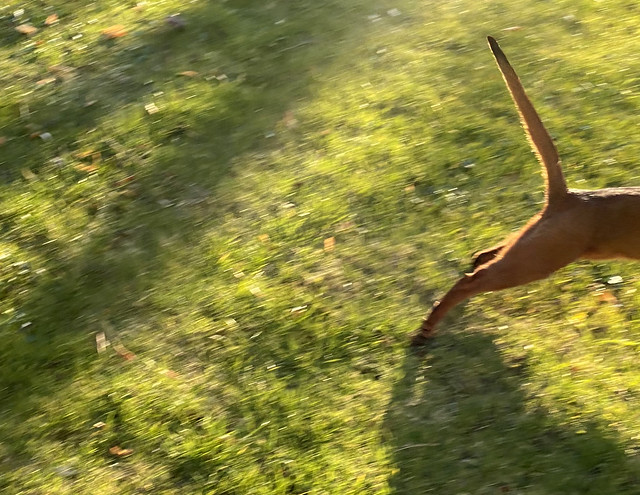 But once he’s outside…he loves to fly! 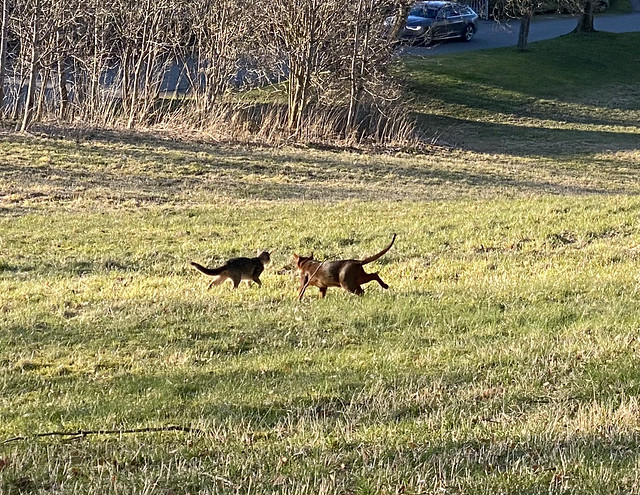 Usually, Dash hangs out with Izaak or Alfred…but the other day, he ran down the hill to play with Lorelai. 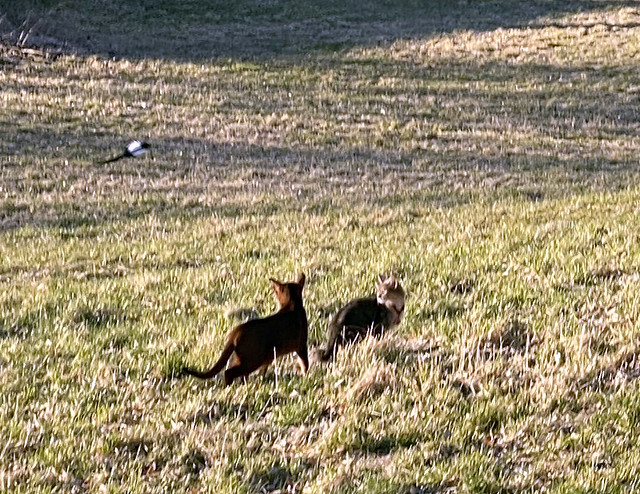 And, while they were down the hill, a magpie flew over and landed nearby! 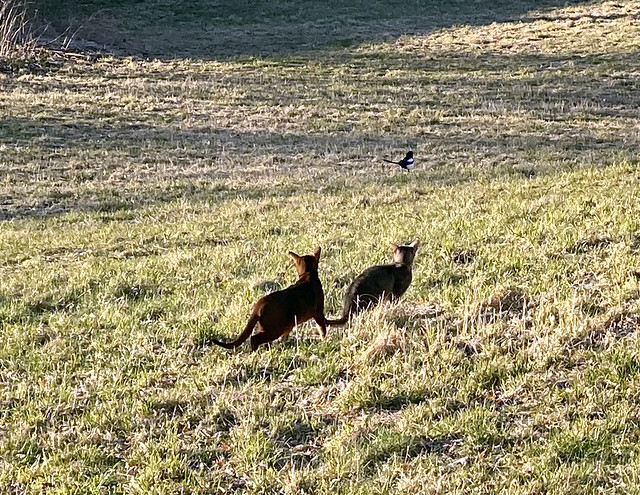 Of course, they both froze and watched the bird. I don’t know if the magpie just didn’t see them camouflaged in the grass… 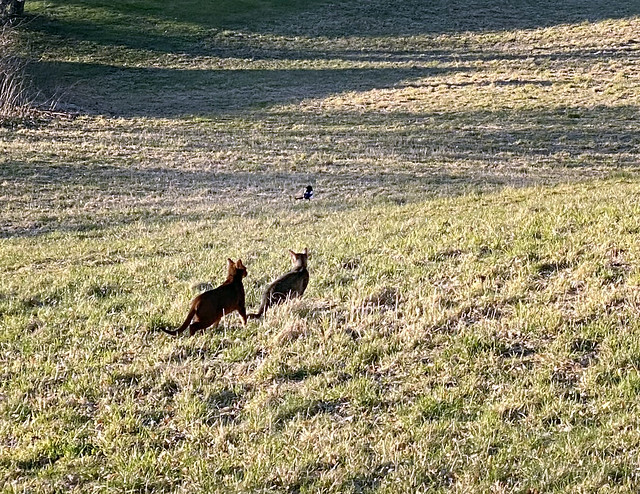 …Or if it was just incredibly foolish. Luckily, Rory and Dash were too surprised the magpie was there and just stared at it. 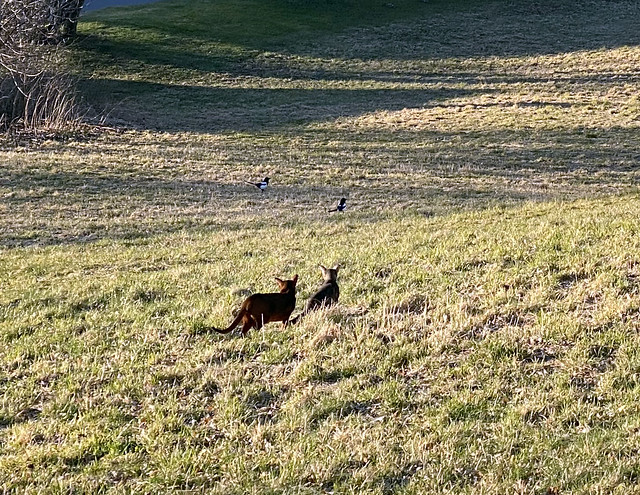 They were even more stunned when a second magpie landed near the first one. 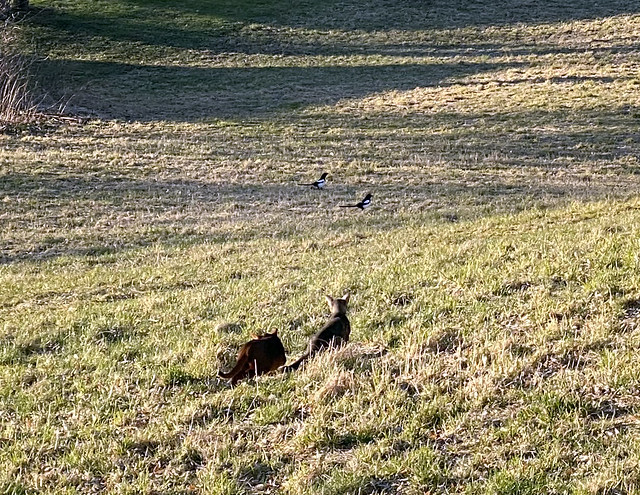 I was holding my breath, wondering if they would charge the magpies… 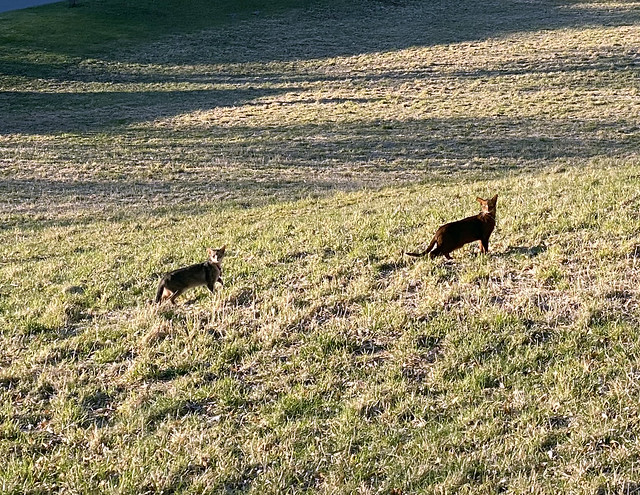 …they didn’t, but they did move, and the magpies flew away. 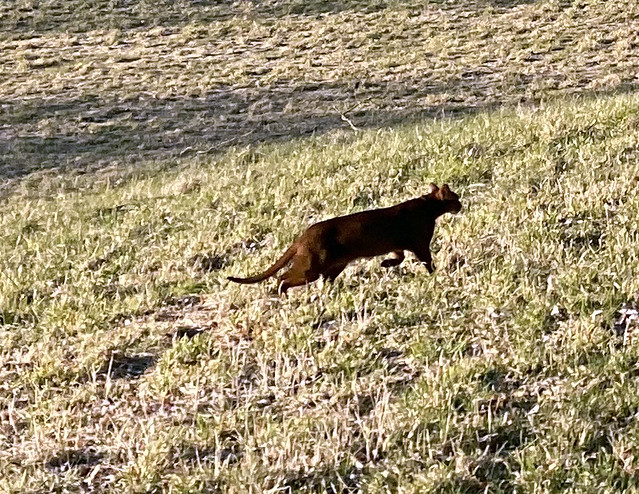 Dashiell’s big brother, GC NW Anubis Loco-Motion of Santgria was recently featured in an announcement congratulating all the Preservation Breeders in the CFA.

Dash and Loco are full brothers from different litters. Doesn’t Loco look so much like Dash? I hope Dash will have half the show career Loco’s had. Some days, I just hope we’ll have shows again.