Today I am sharing the rest of the outside adventure photos I took a couple of week ago but never posted. Starting with Dashiell and Lorelai outside. 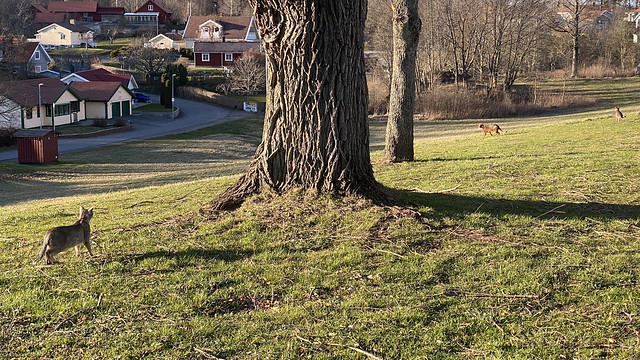 Alfred following Dash and Rory down the hill. 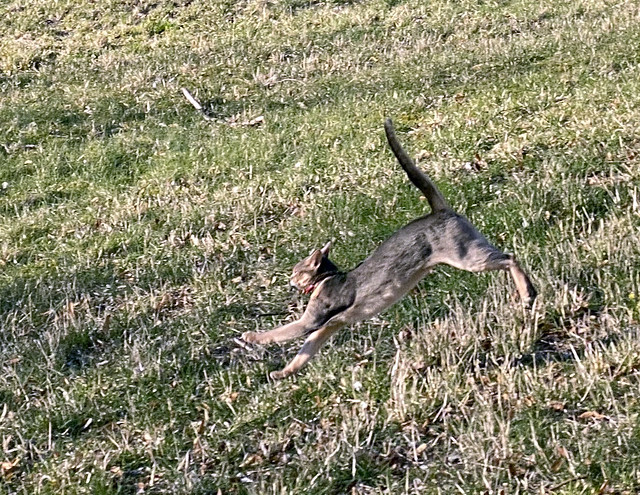 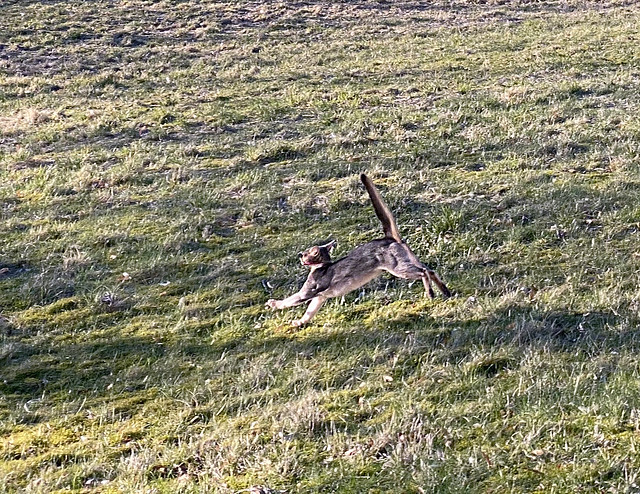 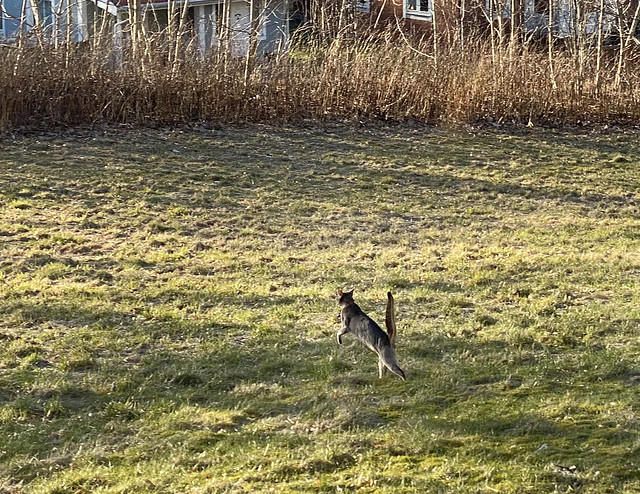 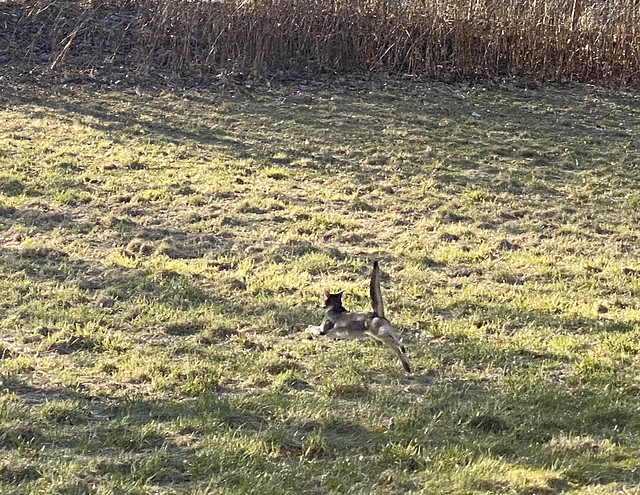 I could have sworn I had already used this series of Rory bounding down the hill…but evidently I never did! 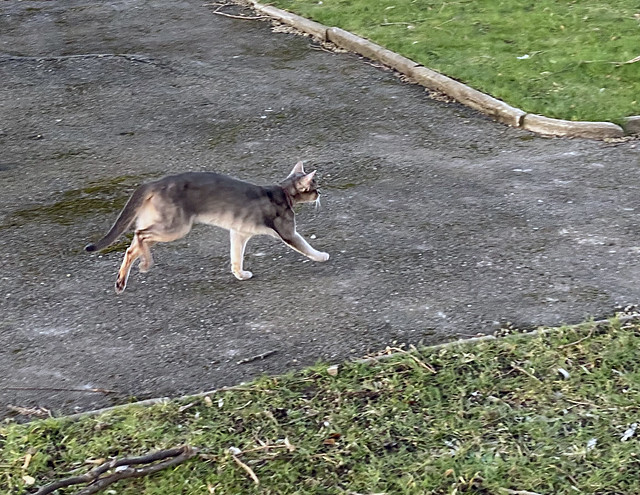 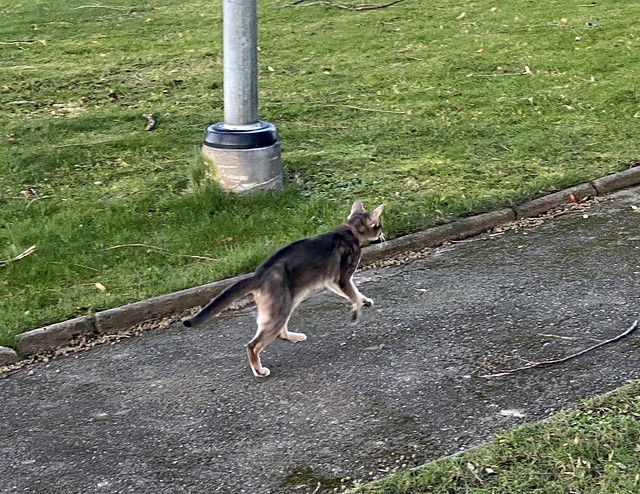 Same thing with these two of her loping along the walkway. They’re great! How have I not used them? 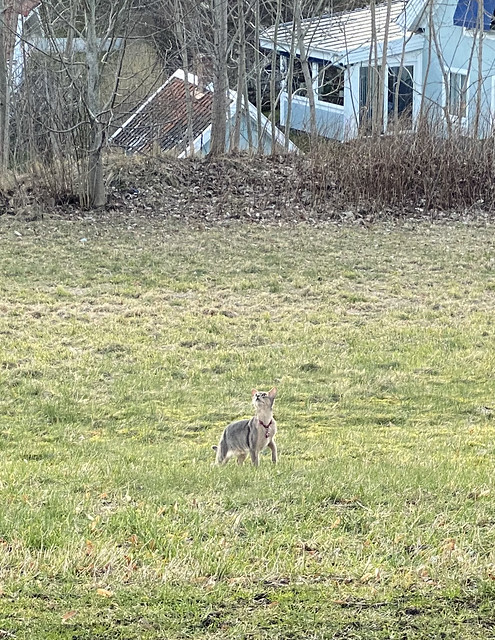 I love this one of Rory watching birds fly overhead. 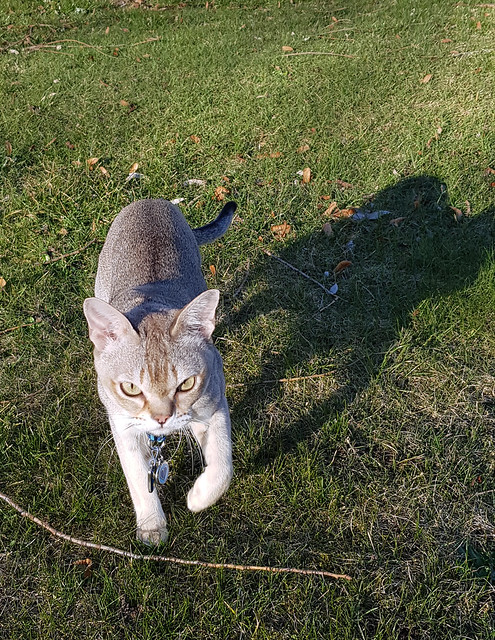 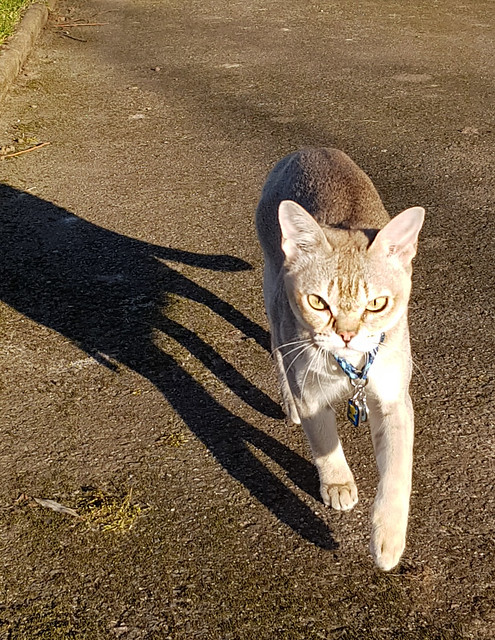 Björn took these two of a very determined Izaak. 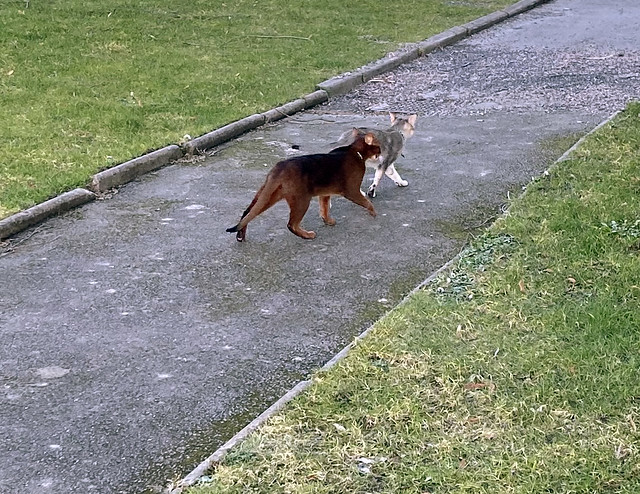 Zak and Dash are such buddies. 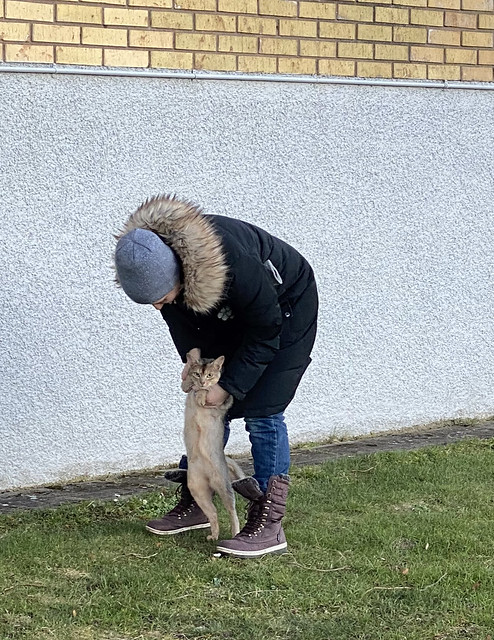 Our upstairs neighbour, Oksana (Markis’ human), loves Freddy because he is so cuddly. Apparently Markis is not much for snuggling his humans. 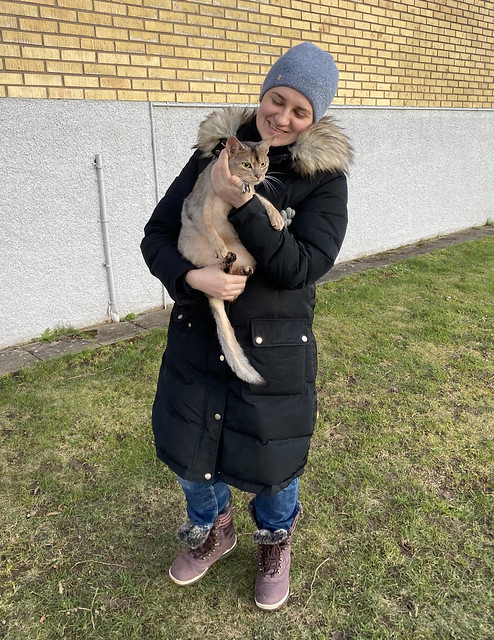 She loves the fact Freddy lets her just hold him. 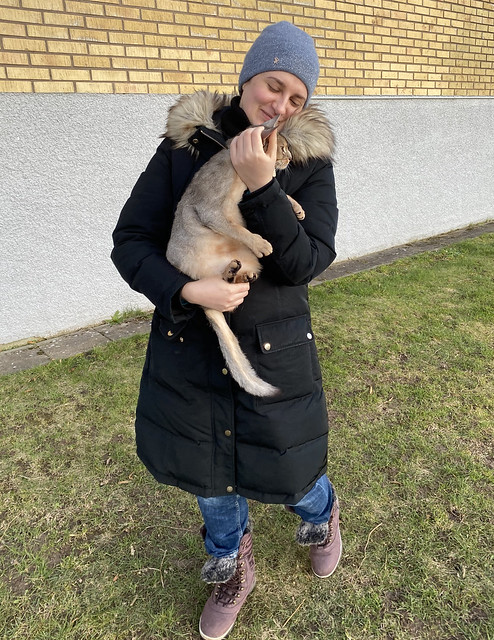 She used to come downstairs just to get some cuddle time…haven’t been able to do that in a while, though. 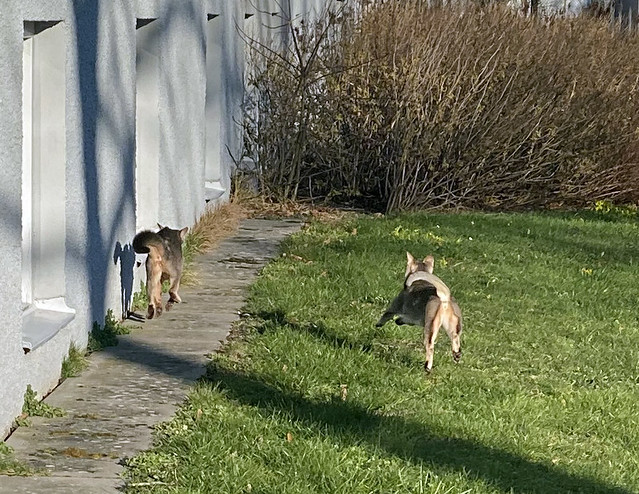 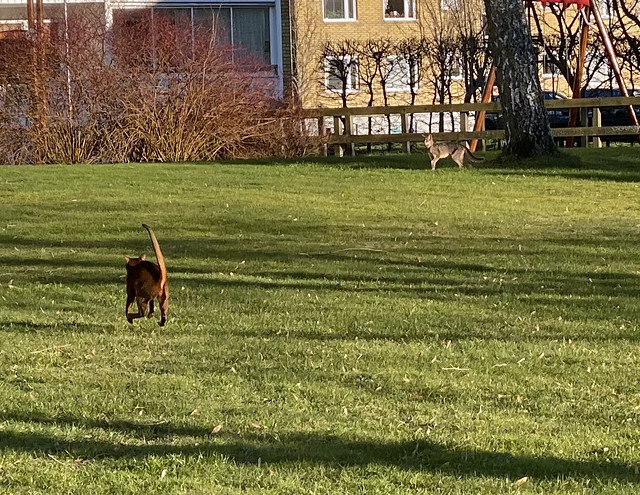 It’s fun to watch them chase each other. 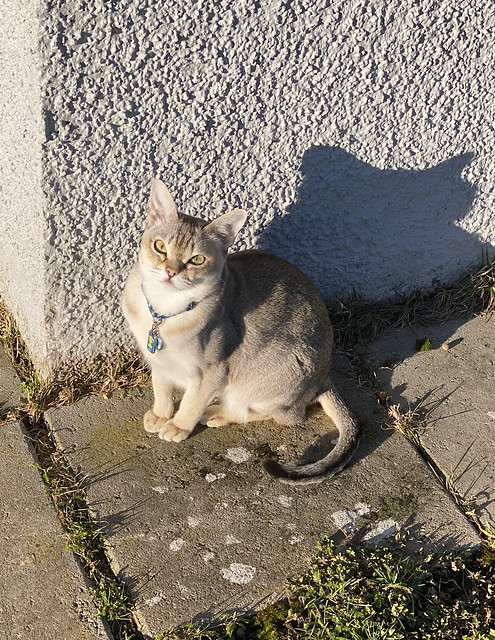 And to finish the collection, a couple of very cute portraits. Here’s Zak in the sunshine. 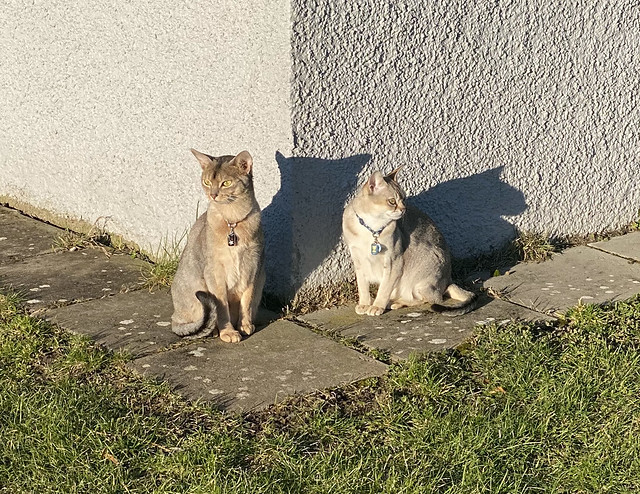 Freddy joins Zak in his sunbath. 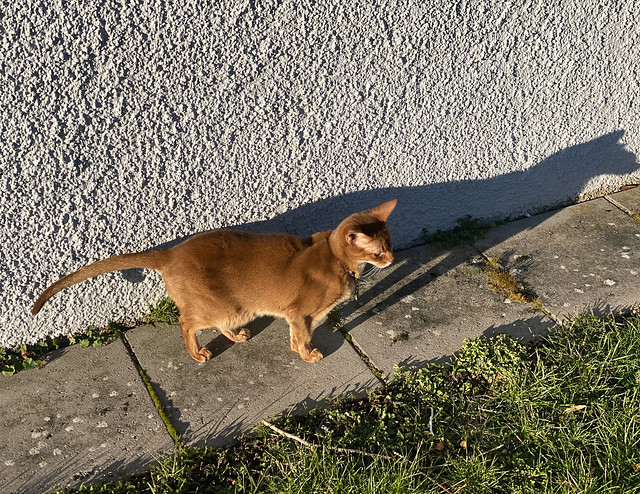 And last but not least, Angel and her shadow.