Since Jacoby’s deathday and birthday are so close together, I posted some photos of him on Monday In Meöwmorium on the Facebook group This Cat is PHOTOSHOPPED. I included some cutouts I’d already made along with some favourites…and wow, the other members did not disappoint! I especially love the image Trisha Pettingill made with Jake in the Red Sox dugout.

Lucia Robson made this one of Jake in Baseball Heaven (which of course is in Fenway Park).

Helen Yang, who had so much fun with Izaak and Lorelai a few weeks ago did this amazing one of Jake on the field with Rally Cat II at an Angels-Cardinals game in Anaheim!

She also did these of Jake in various forms of heaven. So sweet! 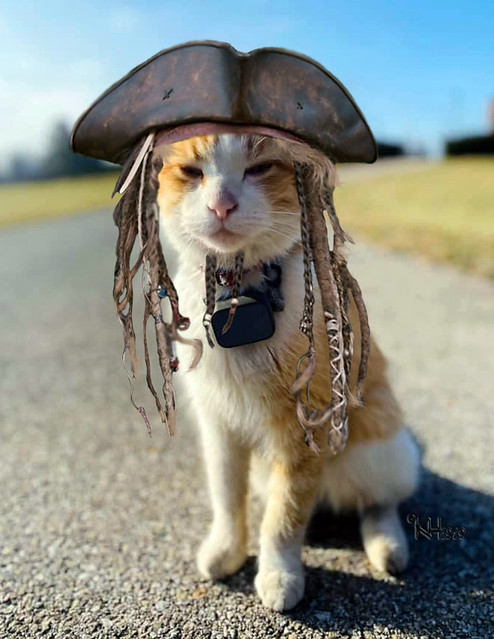 And then there are my challenges…this cat was named Pirate, so… 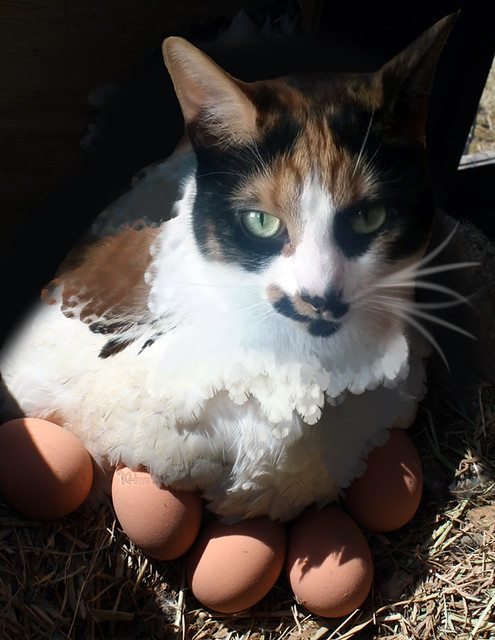 Dangles’ human wanted her to have legs, but I gave her eggs instead. 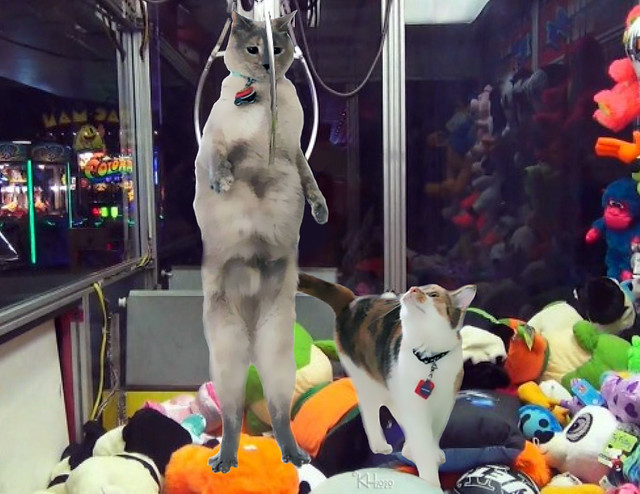 This was an amazing photo on its own…most people went with an ascension or jet pack theme, but I went in a different direction. 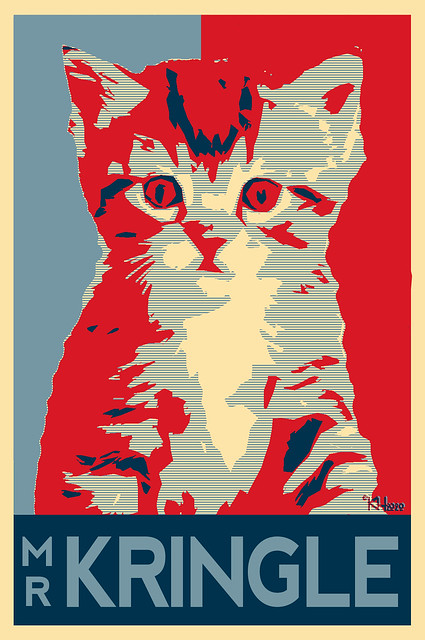 Mr. Kringle’s human wanted him to run for president. That was easy! 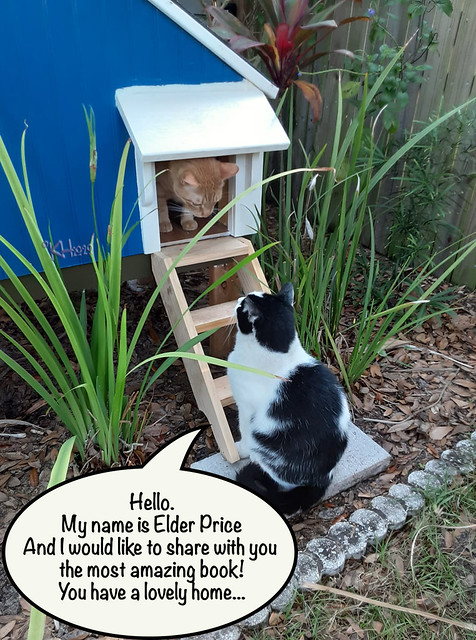 This isn’t really a Photoshop challenge per se, but I had to do it. 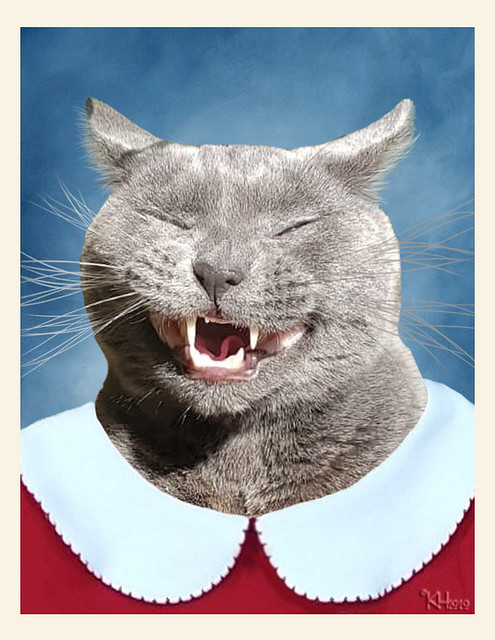 Sophia’s smile made me think of second grade. 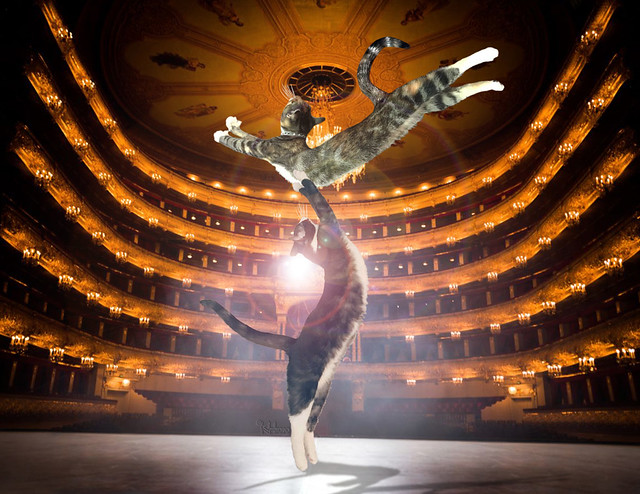 Someone commented on this photo of Bebby that Yoda the trapeze artist should be dancing with her. So here they are at the Bolshoi. 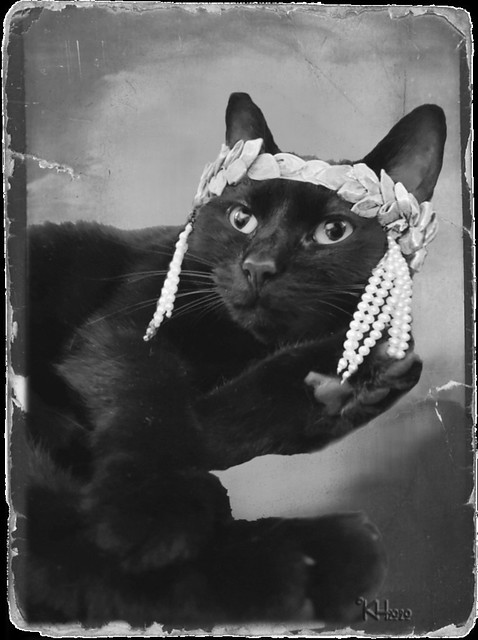 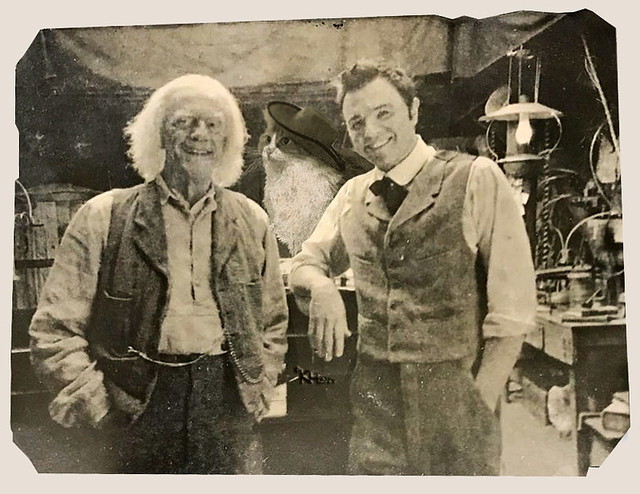 But this is my favourite of my projects this week. When I saw Reginald in his cowboy hat, I instantly thought of A Million Ways to Die in the West. I knew what I wanted to do: Reginald with Seth MacFarlane’s Albert and Doc Brown. It was a lot harder to get the parts to match than I expected…but I think I finally got it to look pretty good in the end.