Dashiell has a complicated relationship with going outside. He’s still rather skittish and timid at times. While the other Abyssinians (even Angel!) and Izaak eagerly rice to the door when I open the front door, I almost always have to catch Dash and drag him outside to get some fresh air and play. If I didn’t know better, I would think he had a cellphone and was playing video games! 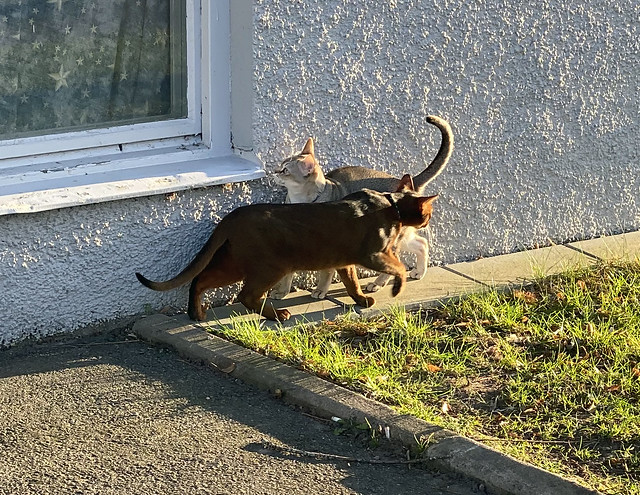 When I finally do get him outside, he sticks to the paved path next to the building. He also tends to stay close to Zak. 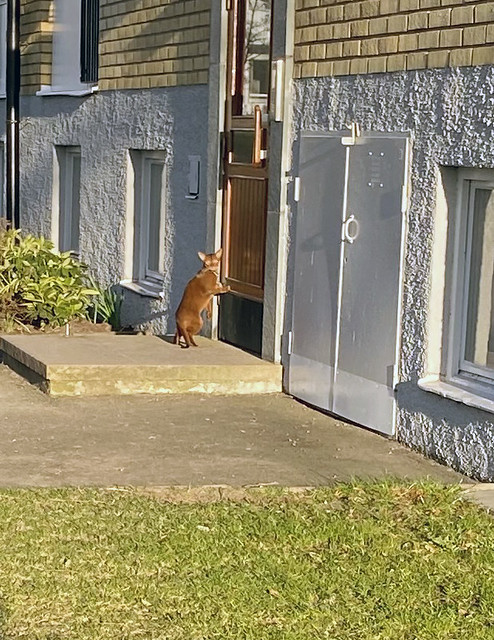 He also sometimes tries to go back inside. 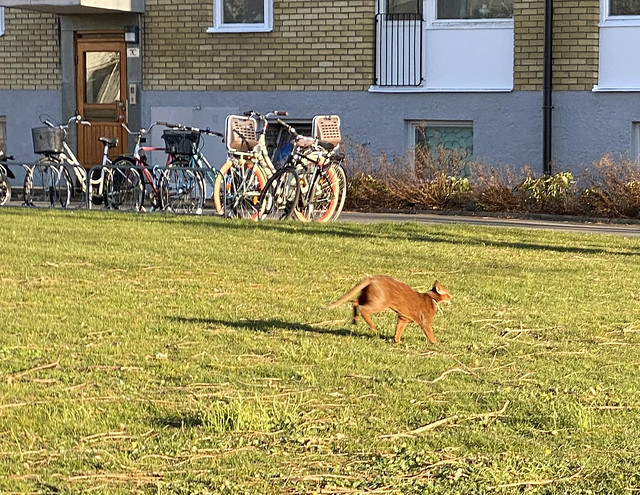 But once he gets used to the idea… 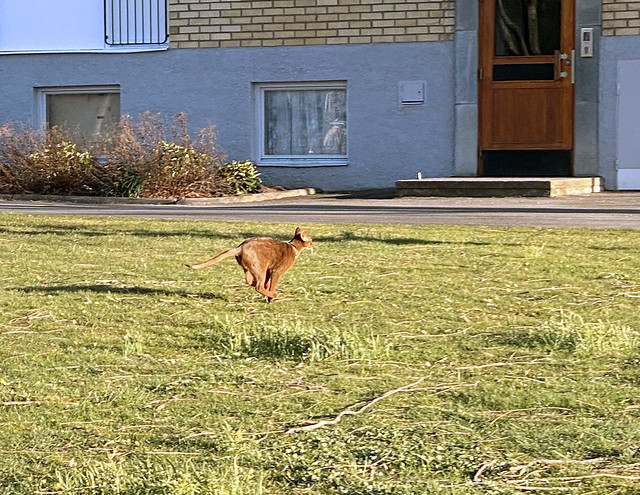 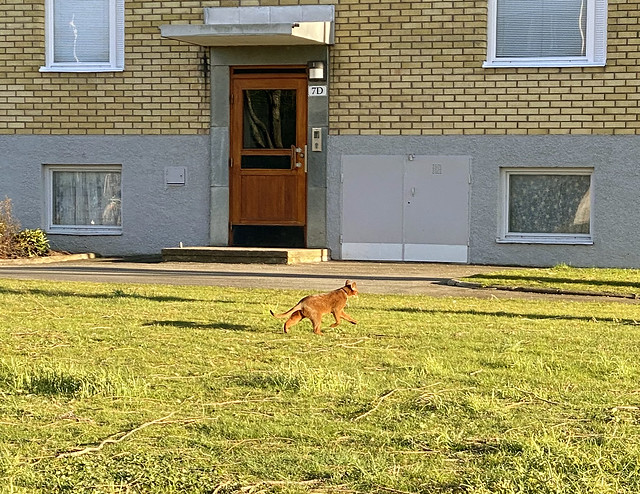 …he really loves being outside. 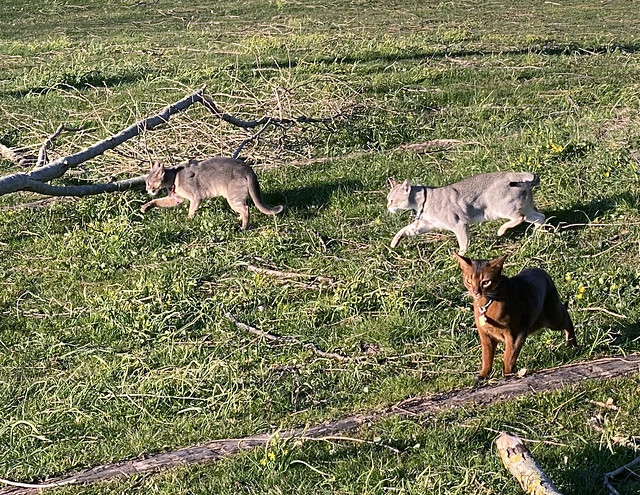 He hasn’t done anything like run down the hill, but he will explore the trees with Lorelai and Zak. 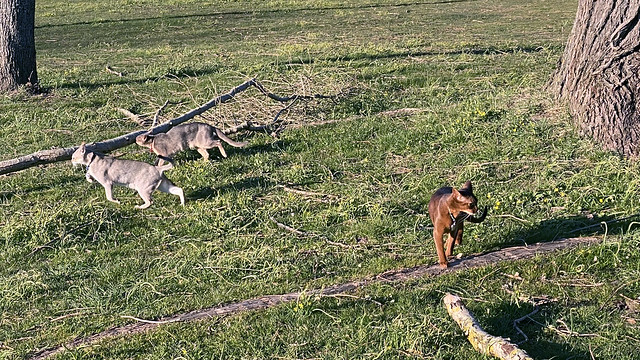 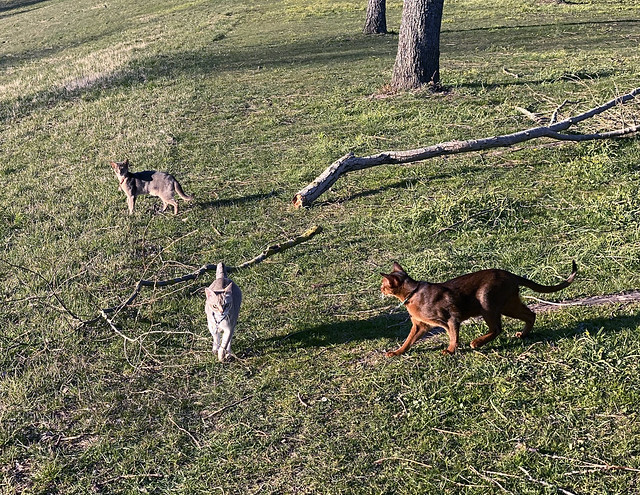 We’d had very strong winds recently and there were a lot of fallen branches. Apparently they were very interesting to investigate. 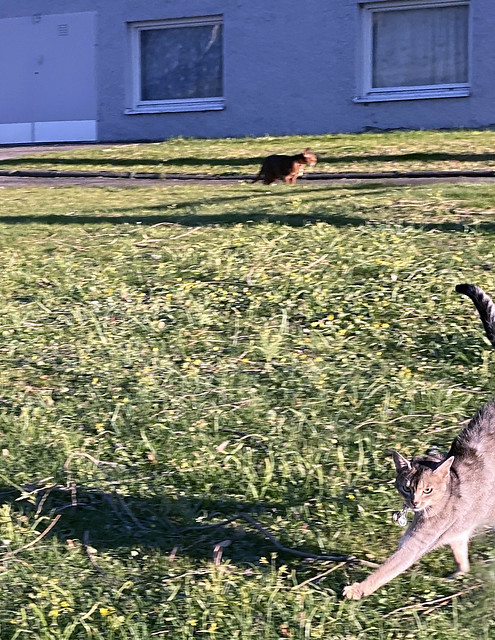 Okay, maybe he doesn’t have as much fun outside as Alfred does, but he does enjoy himself outside.