The last time I took the cats outside, one of the neighbour boys was fixing a toy car for his little brother out on the lawn. 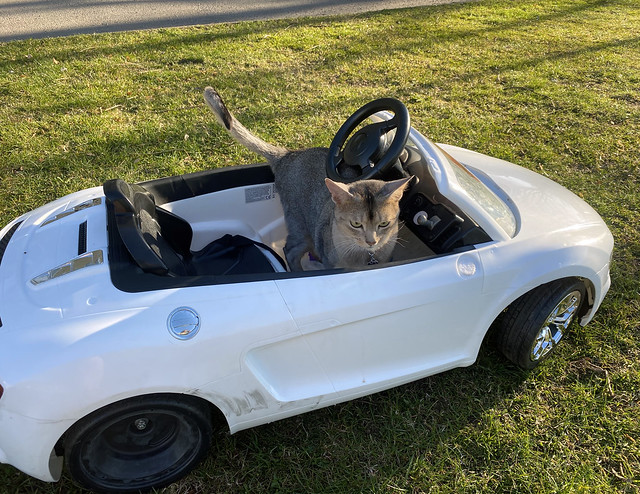 He asked me if I had a 13mm socket wrench. I don’t use those, but I know Björn has them, so I told him to wait until he got home, which was only in a few minutes. 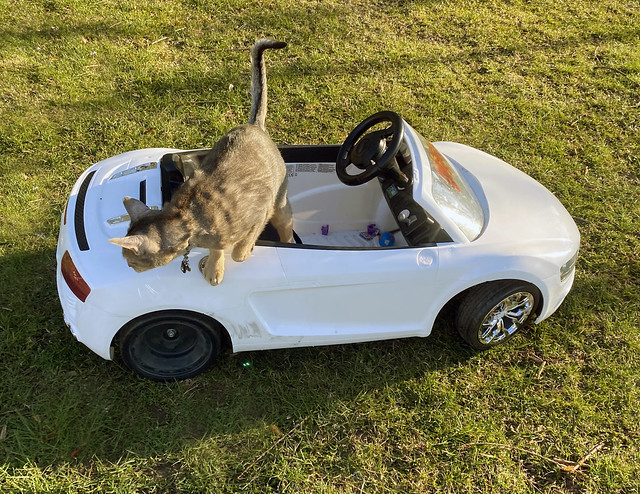 At that point, everyone else had gone inside, and only Alfred was still outside. When the boy went to chase after his little brother, I got an idea. It took a few tries to get Freddy to pose properly (again, I was really missing Jacoby)… 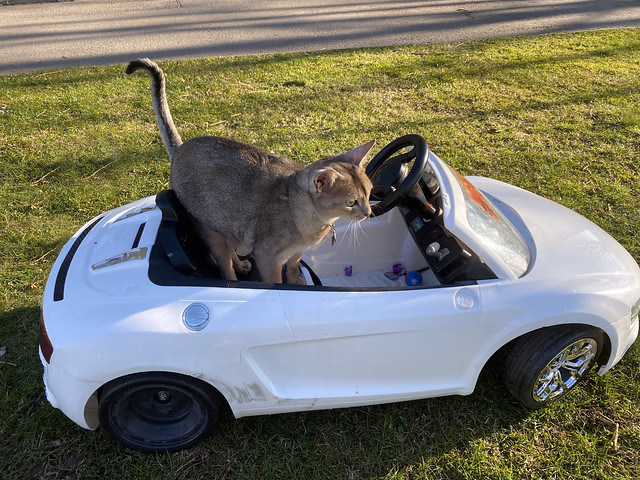 …But he finally figured it out.