The other day, I posted one of the photos of Alfred in the little toy car to the Facebook group This Cat is PHOTOSHOPPED to see what people would do with it. The above photo of Freddy getting “chimkin nuggets” at the Mc D’s drive-thru was made by Lucy Elizabeth West.

These were done by Helen Yang…I think the first one is so fetch!

I really like these racing ones Barbara Helms Clark made. The other cat is her outside cat, who also likes to sit in toy cars. 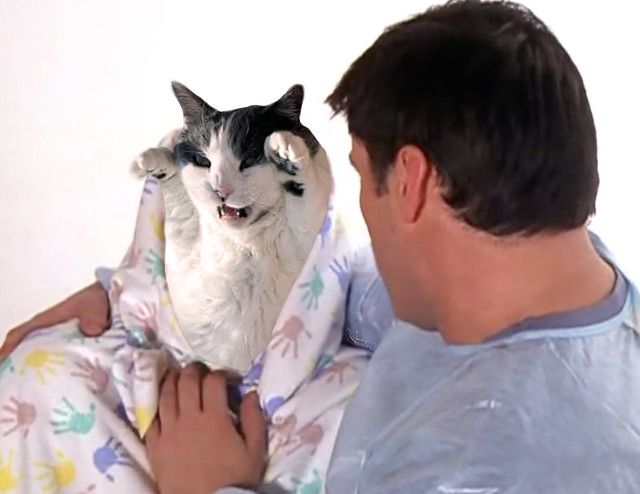 Then there’s the ‘shops I made. This one is Dandelion. I cannot explain why I thought Dandelion should be Baby Ross in Joey’s nightmare…but here we are. 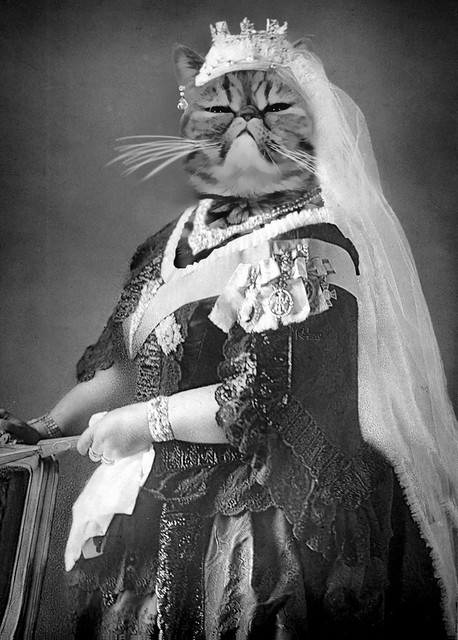 The moment I saw this cat, I knew she needed to be Queen Victoria. 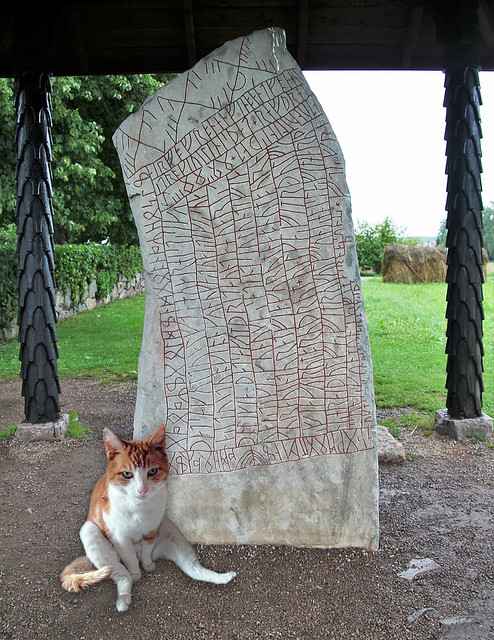 Charlie’s owner called him a Viking, so I put him next to Rökstenen runestone. 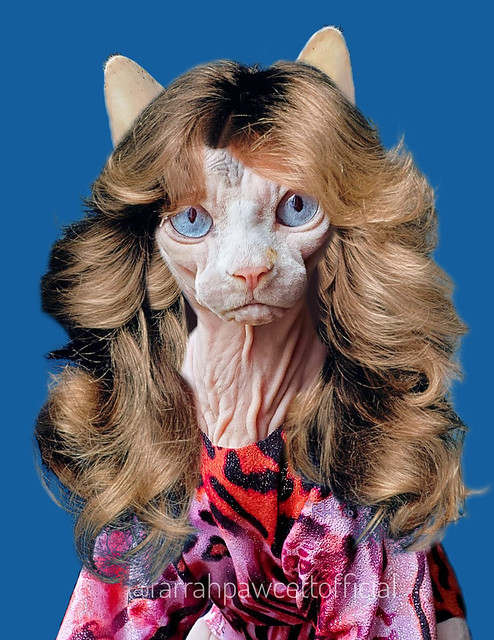 This Sphynx’s name is Farrah, so… 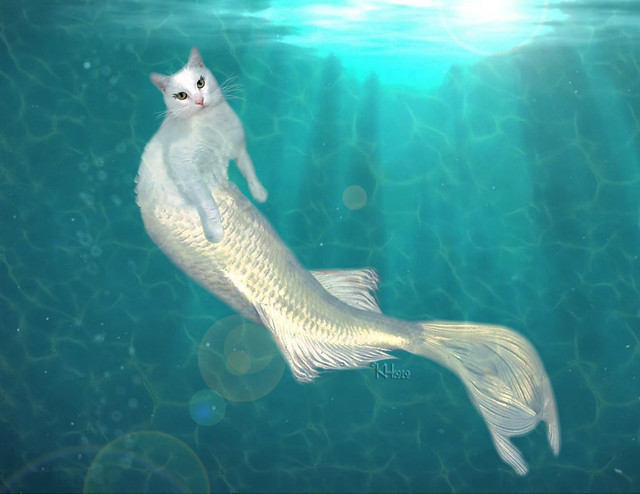 Talcum’s human wanted him to be a mermaid. I am quite proud of this one. I didn’t know he was a boy until after I made it…but I still like the eyelashes. 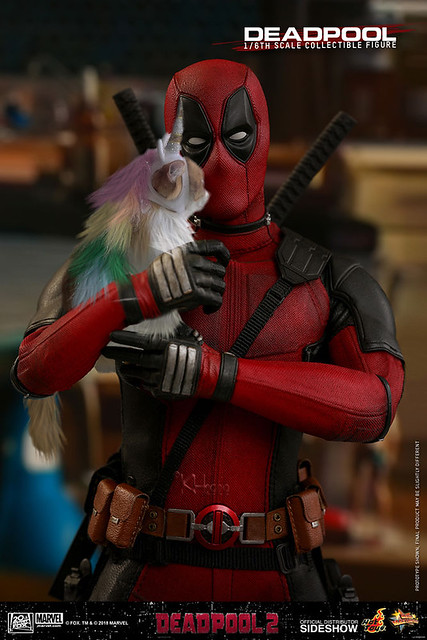 And finally…what else was I supposed to do with a cat wearing a unicorn hat!?