The fun thing about Hipstamatic is that they’re always releasing new films and lenses. This weekend, they released the Glam-o-Rama SnapPak with the Disco Stu lens and Funktown film. The samples they showed in the email looked pretty cool, and I wanted to try it out. 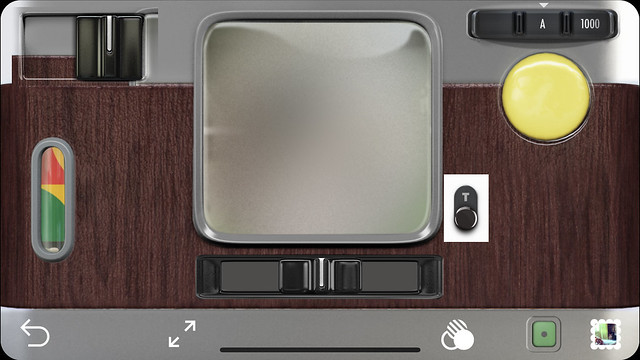 The problem with this film/lens combination (and I have no idea why) is that when you look through the viewfinder…all you see is a blur. This hasn’t ever happened with any other Hipstamatic combo before. Not being able to see what you’re taking a photo of is a bit challenging, to say the least. 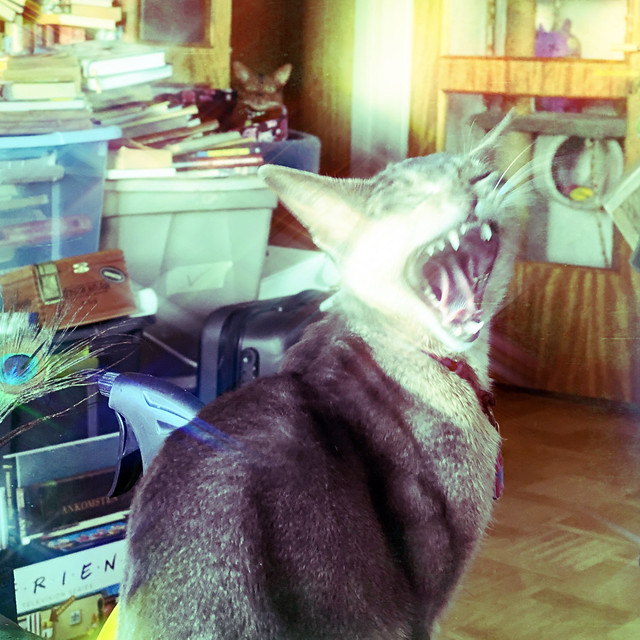 This film/lens combo is glamourous, though. It even makes an ordinary yawn look sparkletastic. 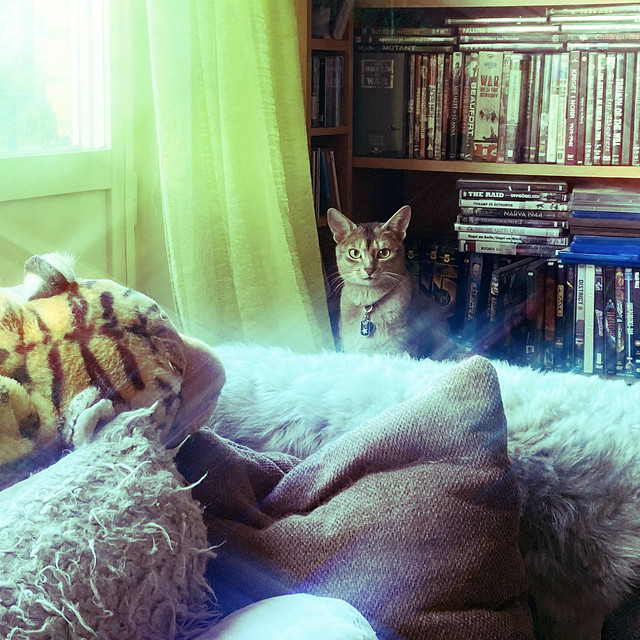 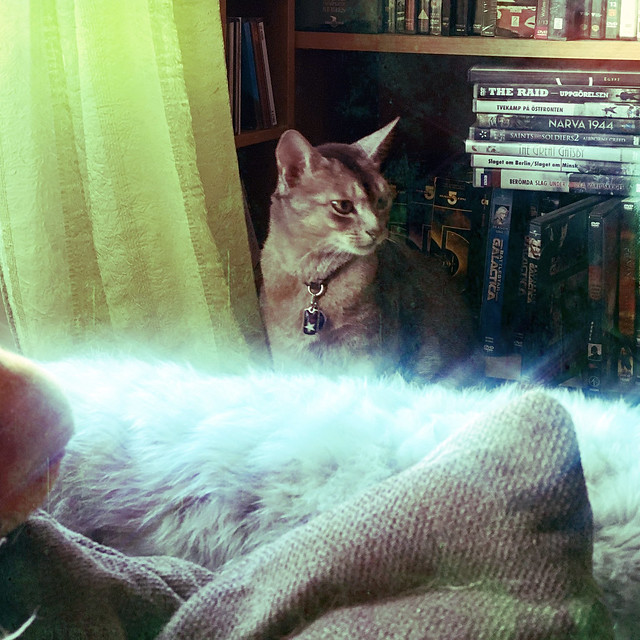 I love the glow it added to these ordinary photos of Alfred. 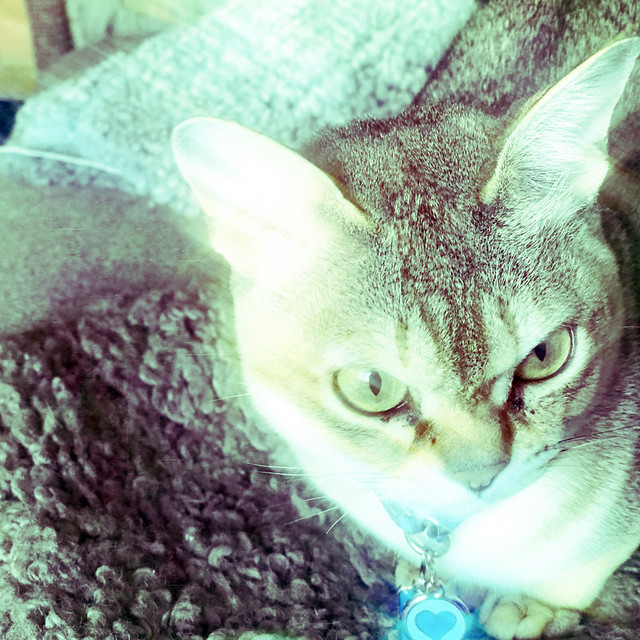 Izaak gave me this pose…but that’s just because it was time for his chicken neck. 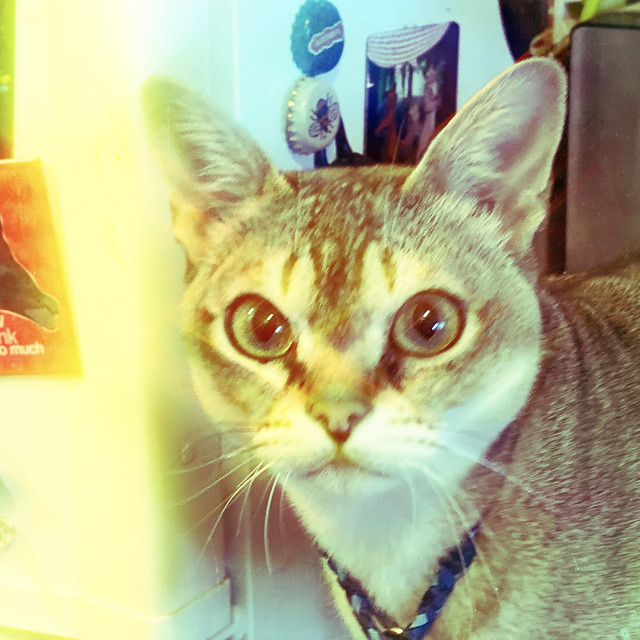 So we repaired to the kitchen. 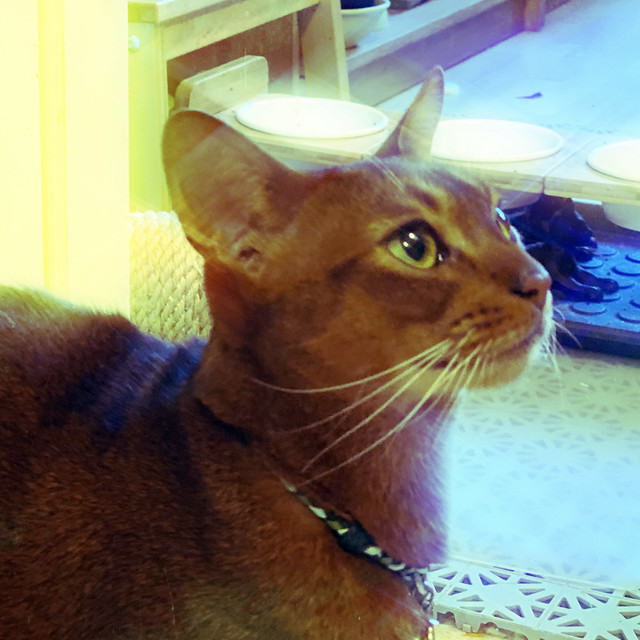 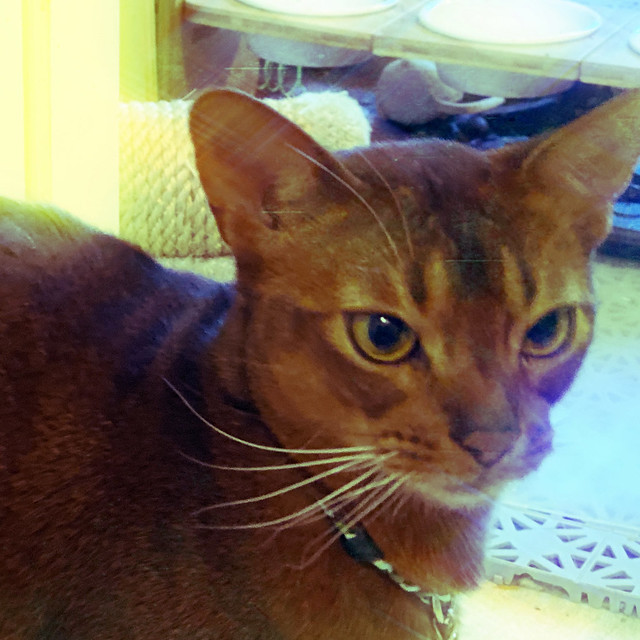 I love these photos of Dashiell. He looks like he should be on the cover of an 80’s compilation of soft rock ballads. 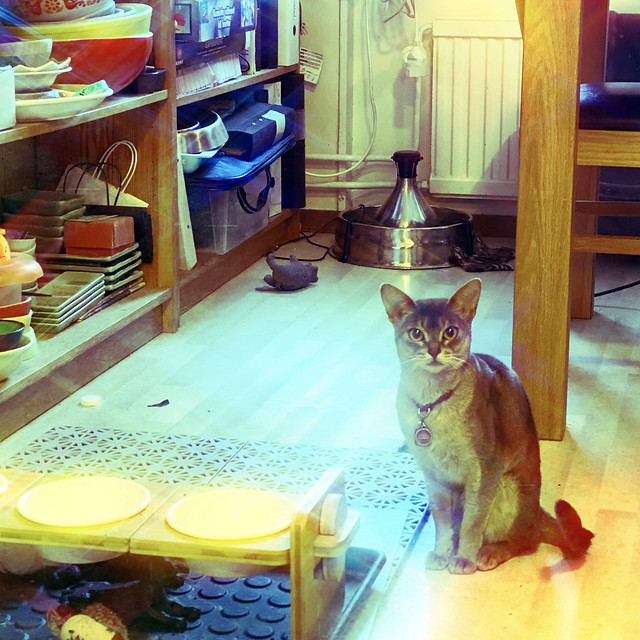 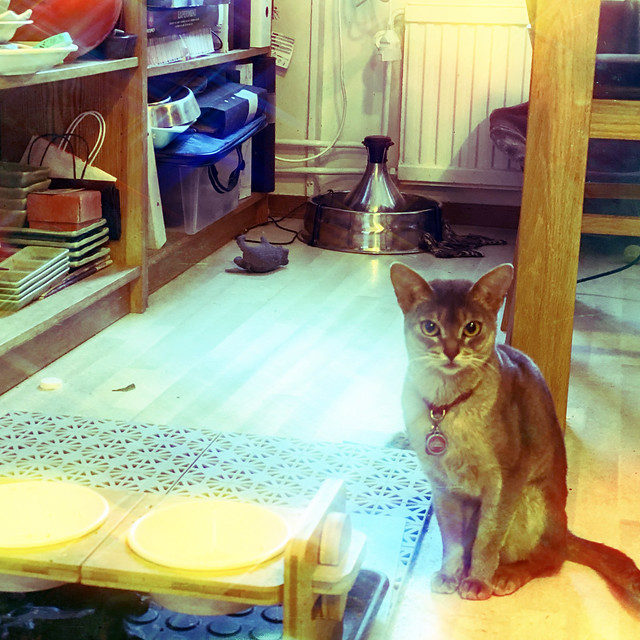 Not being able to see what you’re photographing lends itself to some interesting compositions. 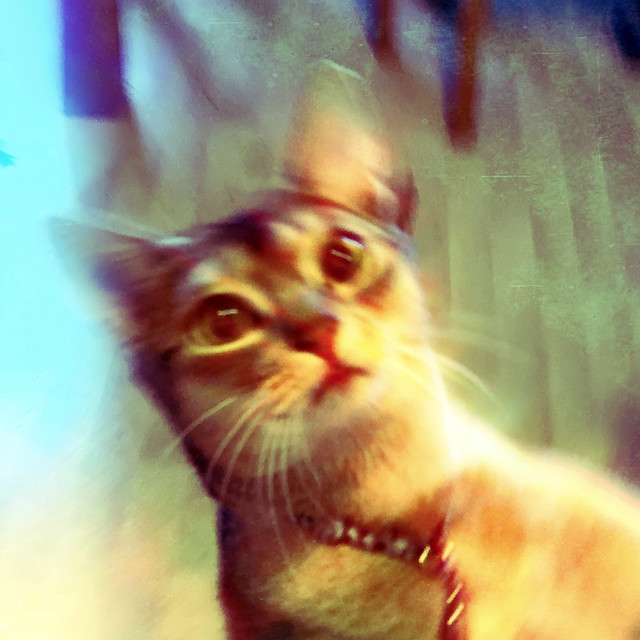 Although I have to say, I really like this action shot of Freddy trying to grab his neck. 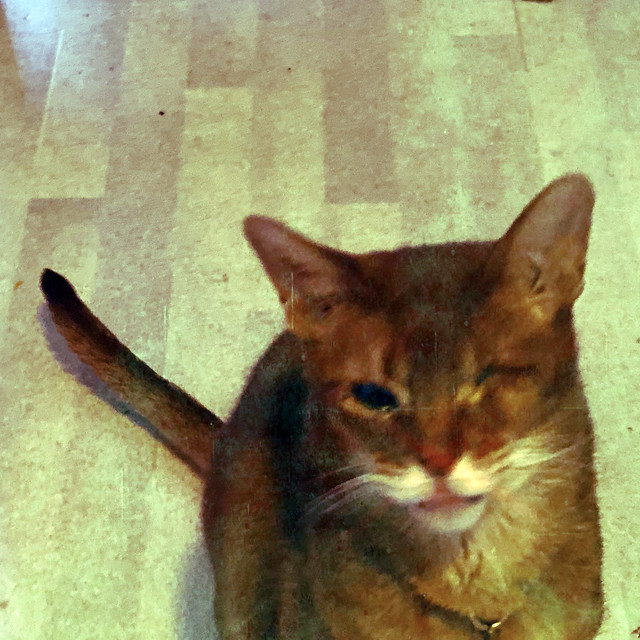