I know you’ve all seen my version of Tessie, Kylie, Angel and Jacoby as the main characters of Frozen. I wish I had the Photoshop file with all the layers…but somehow, all the PSD files of my cartoons after number 80 have disappeared. 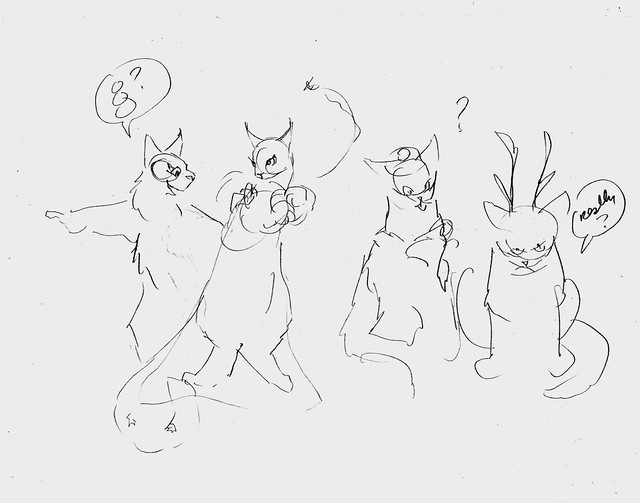 When I got the idea, it started as Kylie being Elsa and Jake being Kristoff…and it just took off from there. 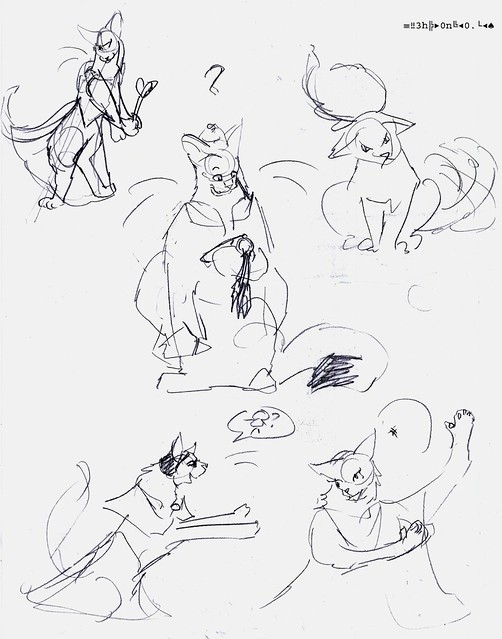 Elsa (Kylie) and Anna (Angel) went through a few test sketch ideas, but Jake’s Kristoff and Tessie’s Sven were pretty much set from the beginning. 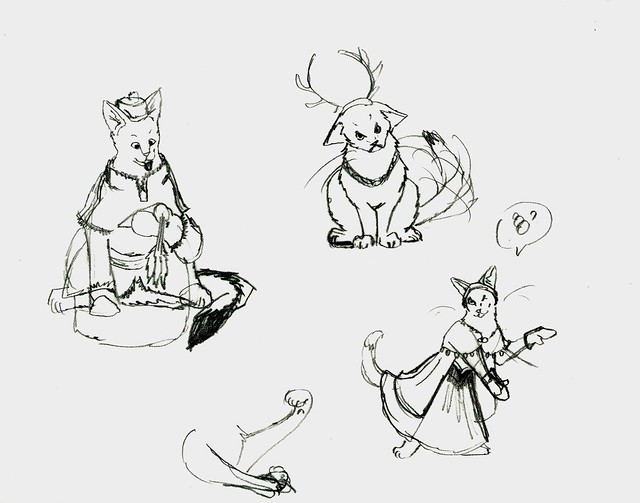 This sketch is where I finalised Angel’s Anna pose. 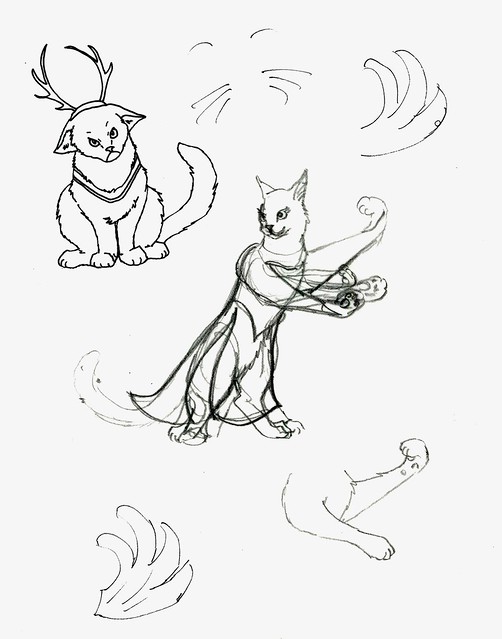 Not wanting to waste paper, I would do pencil sketches and final inks on the same page. This is one of those. 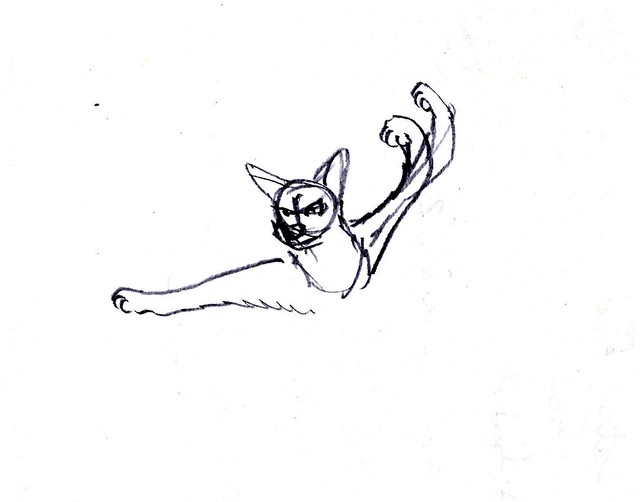 I worked on getting Kylie’s arms just exactly right. A LOT. 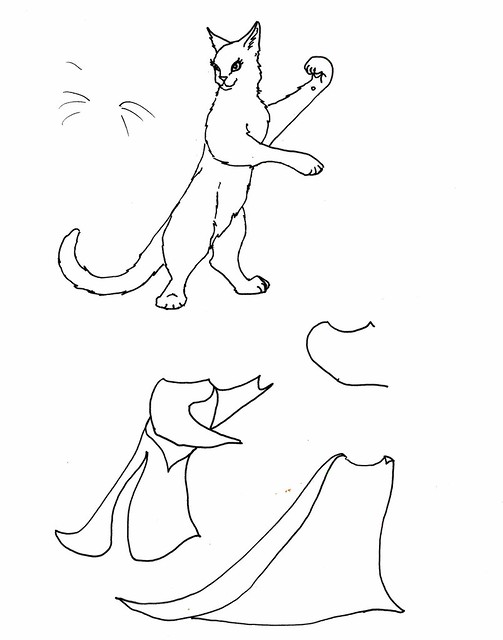 I also drew Kylie separate from her clothing (Jake and Angel were always drawn with their outfits on). I wanted to be sure her body looked right under the translucent costume layer. 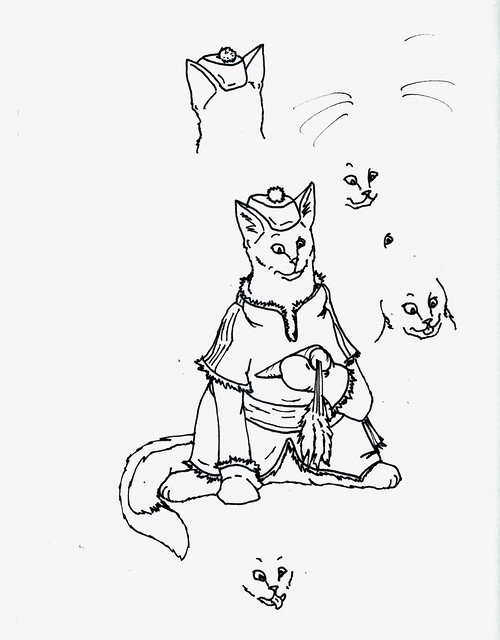 When I was inking Jake’s face, I did a few trials before settling on his final face. In some ways, it’s way easier to draw on the iPad than it was to draw on paper!