As I have posted before, Dashiell is a bit skittish when it comes to going outside with the other cats. 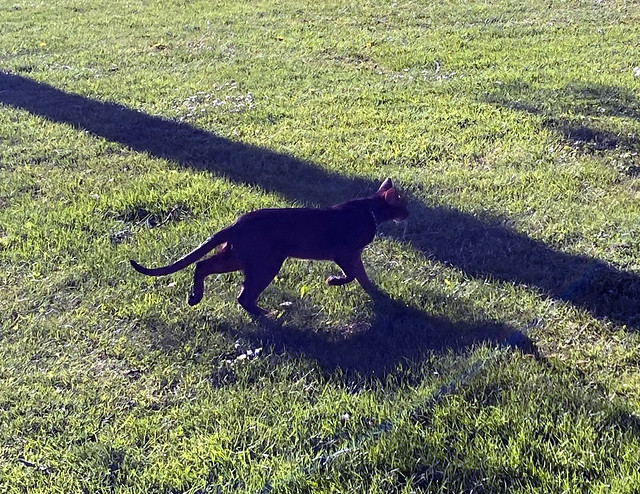 But lately, with each outing he goes on, Dash gets a little bit braver and a little more confident. I used to have to catch him and drag him outside. 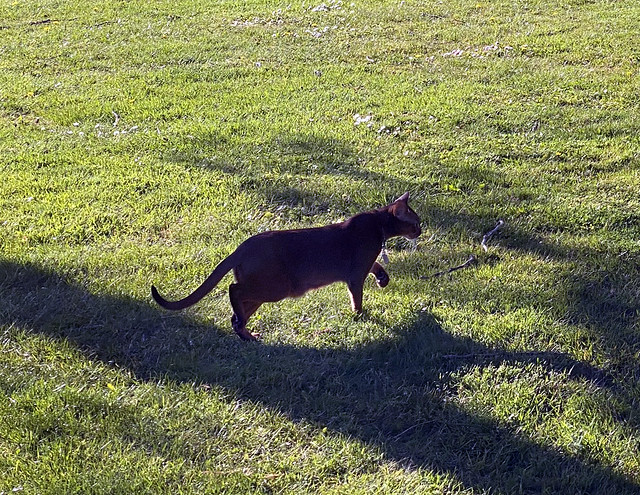 But now he actually comes to the door with the others to go out. 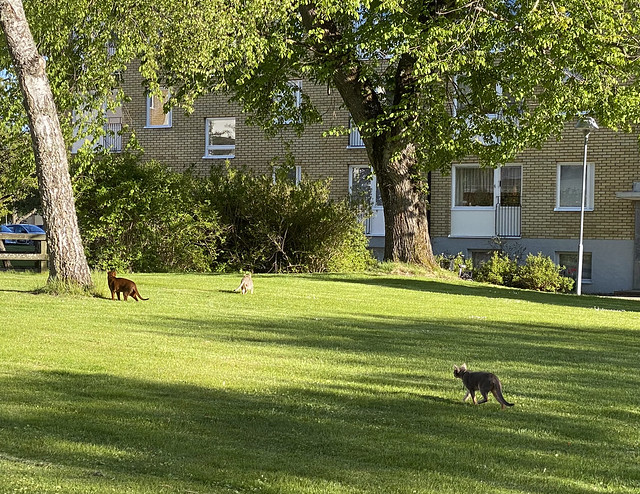 And look! Dash actually ran out to the sandbox first, and Lorelai and Izaak followed him there. 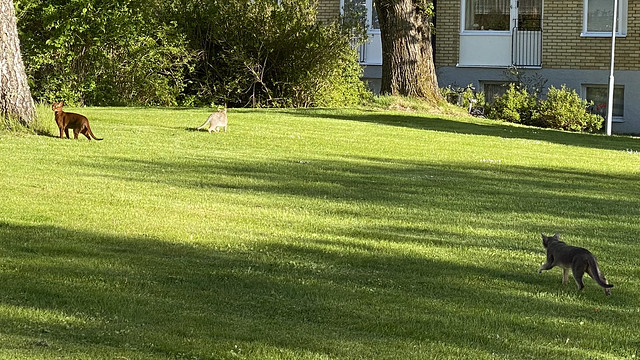 I was so proud of him. 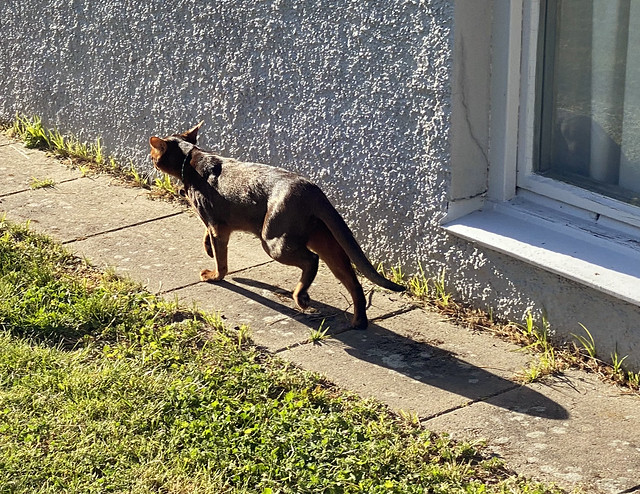 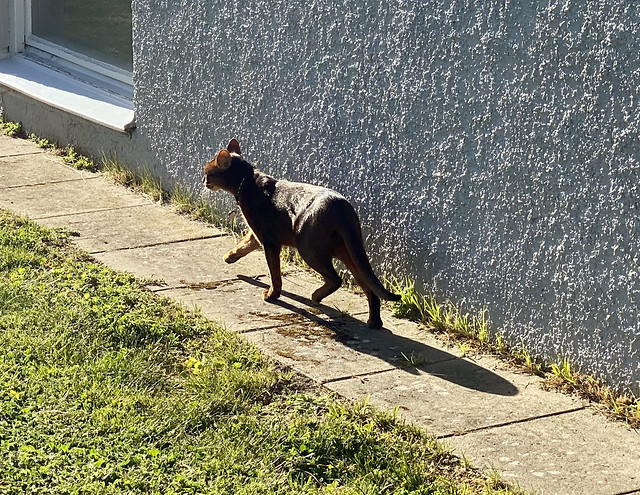 He does still tend to stick to the sides of the building and the trees, though. 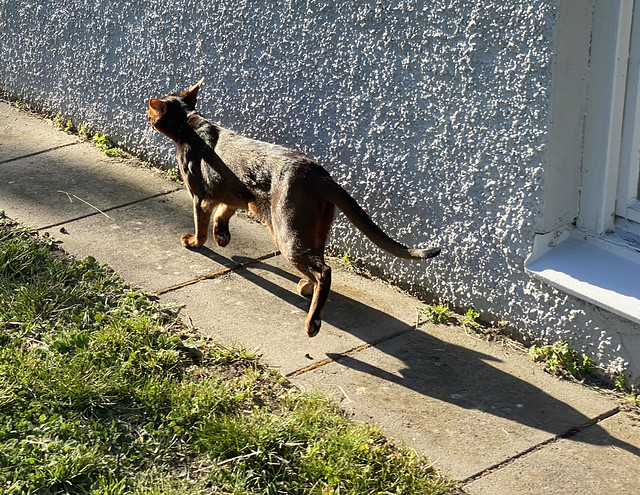 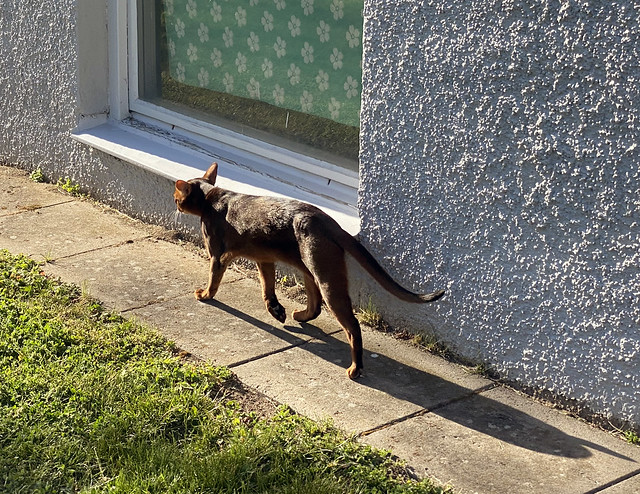 Unlike the others (except Angel), he’s not gotten quite the confidence to be out in the open and run out in the middle of the yard or down the hill. 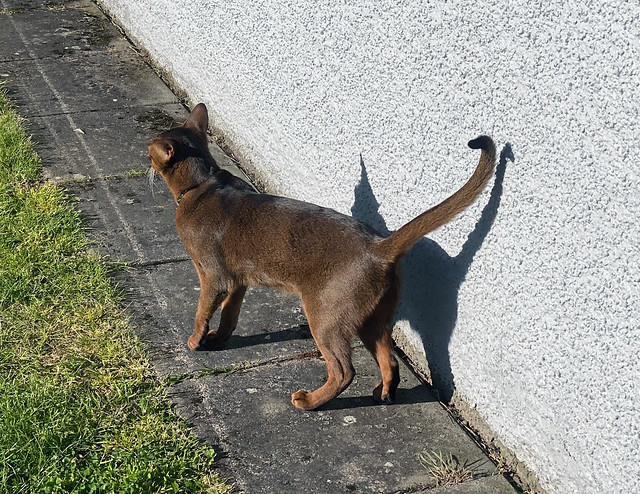 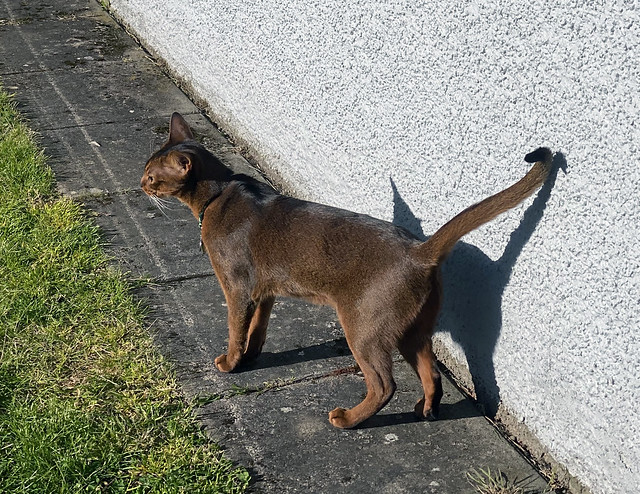 Many cats who don’t go outside often are afraid to be in the open without any cover. The first time Kylie went out, she was afraid that there was no ceiling. It’s an instinct that I believe comes from a fear of hawks and eagles (at least it is in the Warriors books). 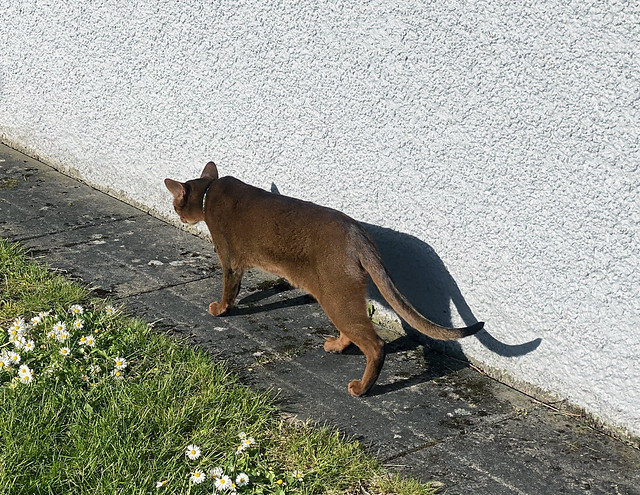 It’s nice to see Dash enjoying being outside.