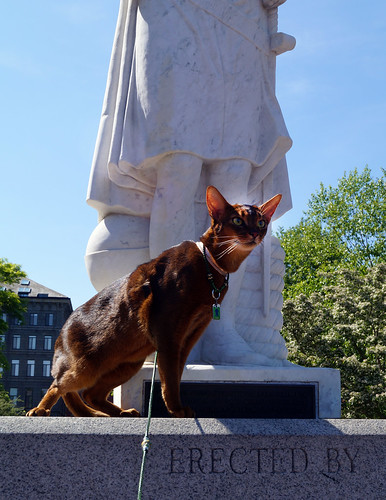 I have posted about this statue back when I lived in Boston. Politics aside, I have always admired the workmanship on this statue. It never felt like a “white man’s burden” statue to me (unlike so many other racist statues). Made or marble imported from Carrara, an ancient quarry in Tuscany, and erected by the Knights of Columbus, an organization dominated by Italian Americans, the statue (which is in Boston’s North End, the Italian neighbourhood), always seemed to be more about being of Italian descent than about Colonialism. 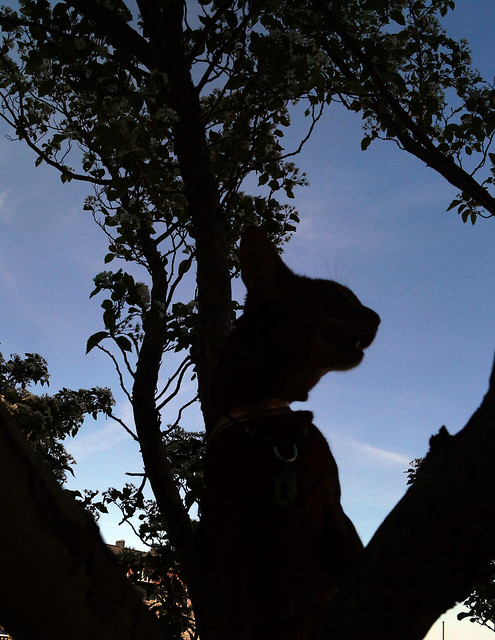 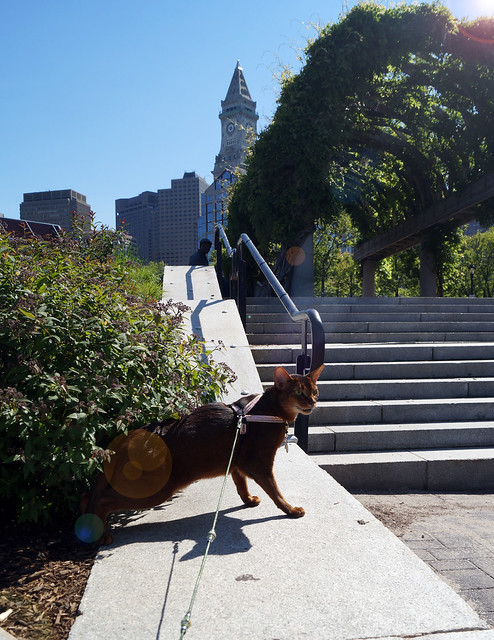 We didn’t go to Christopher Columbus Park very often, as there were closer parks along the Harborwalk, but I always liked going there with Jacoby. 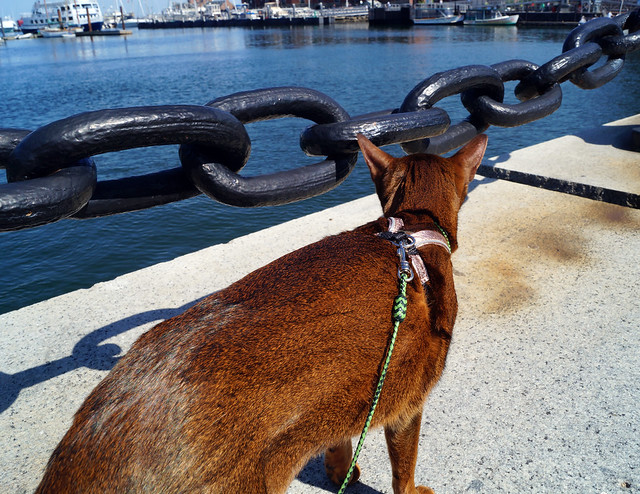 It’s Boston’s oldest waterfront park. I wish we had gone there more often. 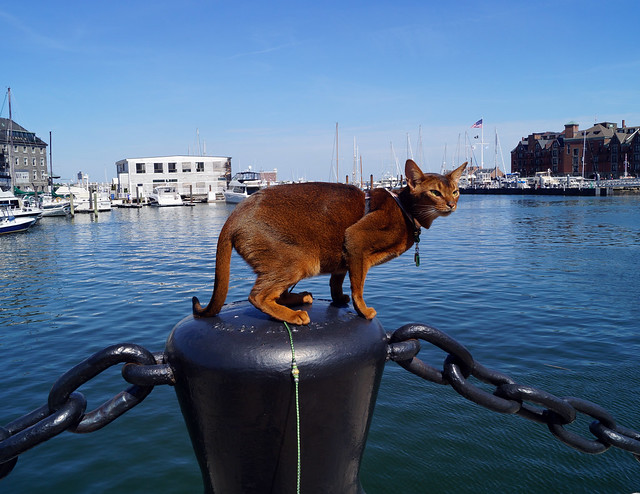 But I would be lying if I said I didn’t miss the unconditional trust I had with Jake. I could put him anywhere and he’d pose for a photo.