The other day when we went outside, poor Alfred was the target of magpie harrassment. 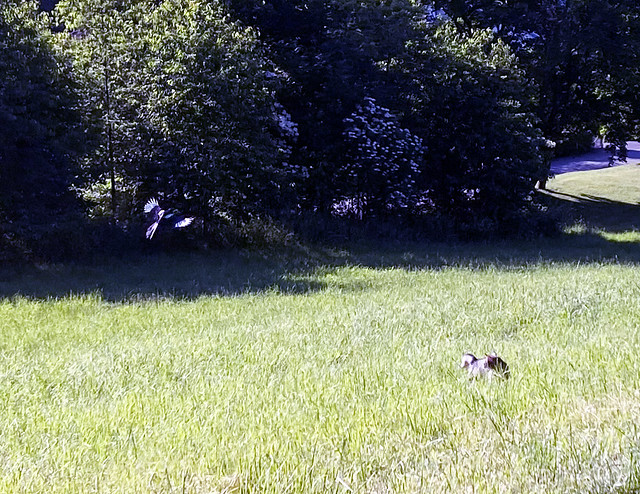 He ran down the hill and the magpies were ON him. 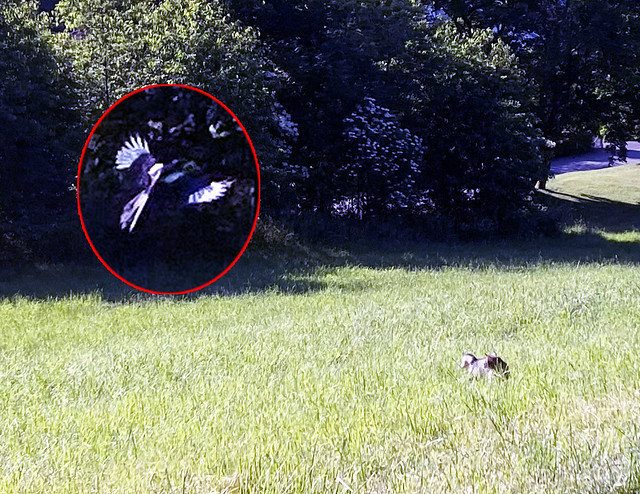 Look at this in close-up. 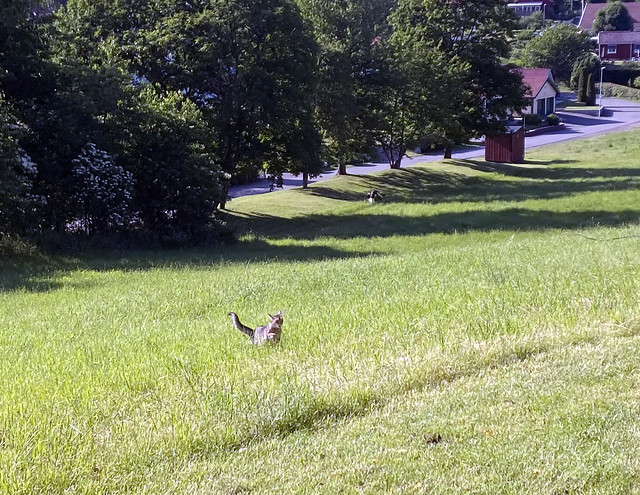 I don’t think Freddy even noticed the angry birds attacking him. 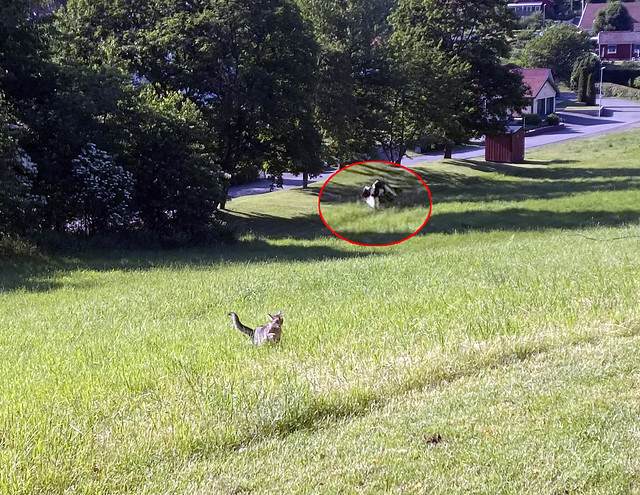 Here’s a close-up of the second magpie attack. 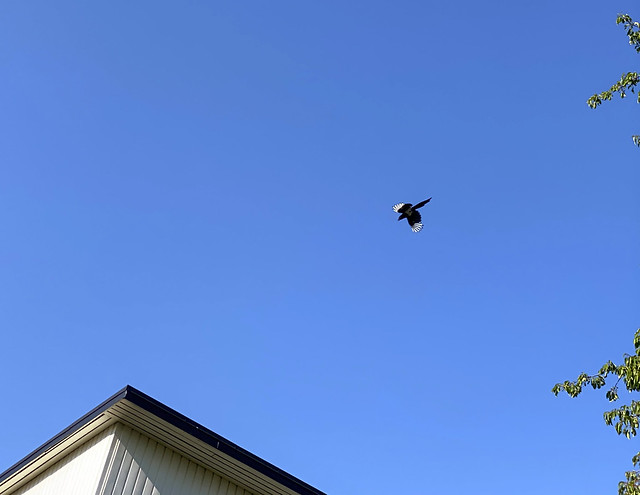 After that second attack, they stood down, but remained watchful.