When the cats go outside, the Abyssinians bolt out the door and run as fast and as far as they can. 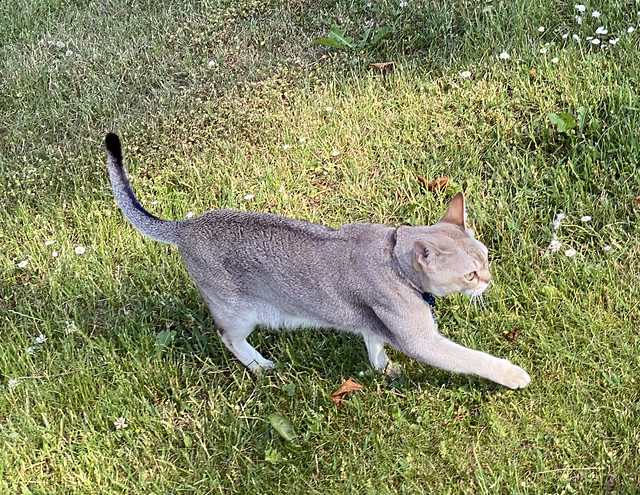 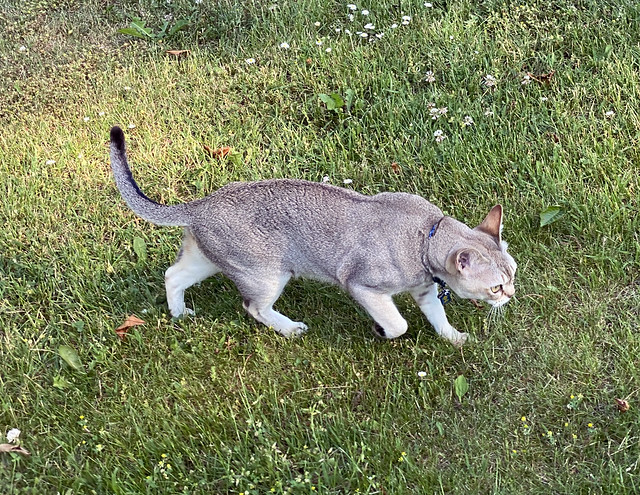 But not Izaak. Zak…well, the best way to describe it is, Zak marches out the door and onto the grass. 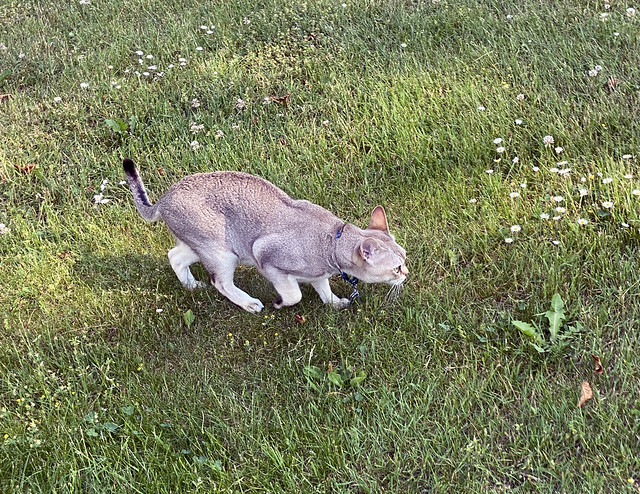 He also loves to hunt when he’s outside. Wonder what he sees? 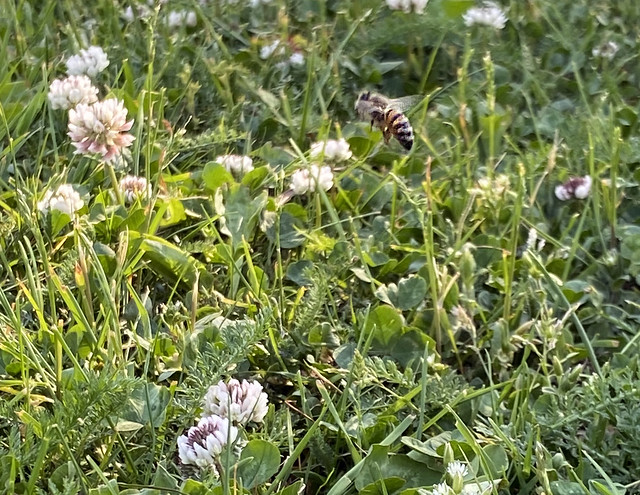 Oh! A honey bee! Zak, please leave that little guy alone…we need all the bees we can get! 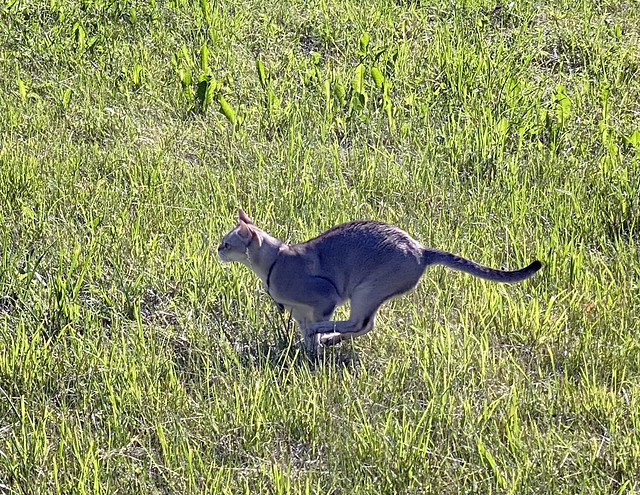 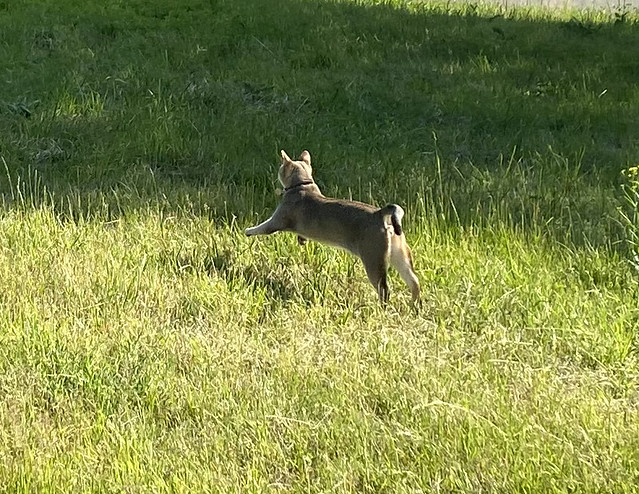 That’s not to say that Zak doesn’t run. He does. 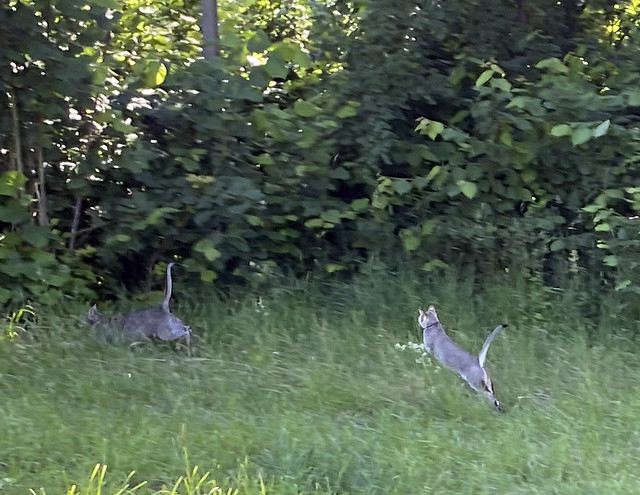 He’s usually chasing one of the other cats, but oh, he runs. 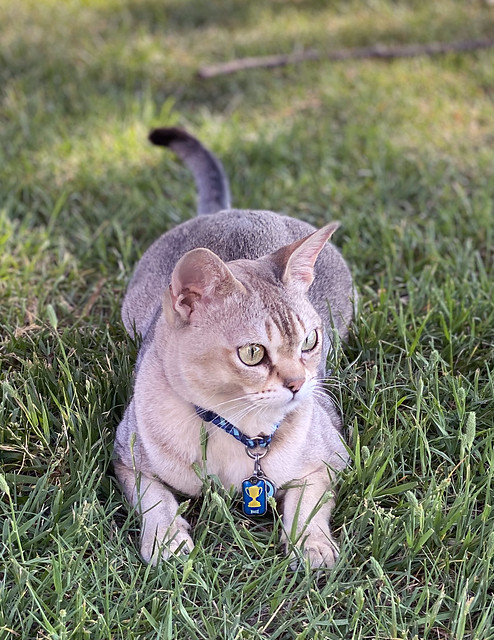 He’s such a sturdy little man. As I mentioned before, someone compared him to Ron Swanson…and apart from the lack of mustache, it’s an apt comparison. 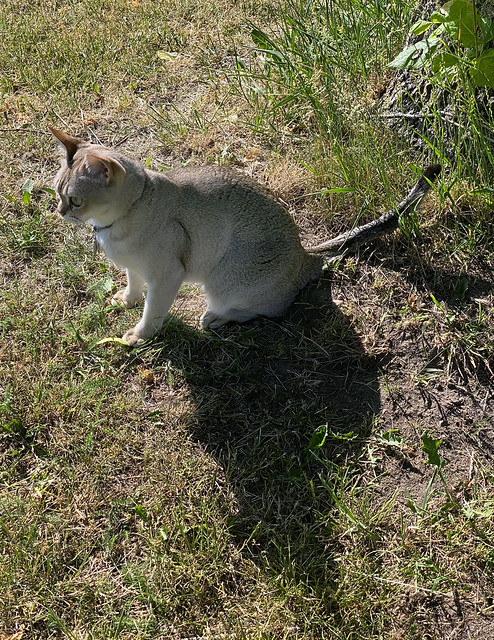 I mean, look at him. 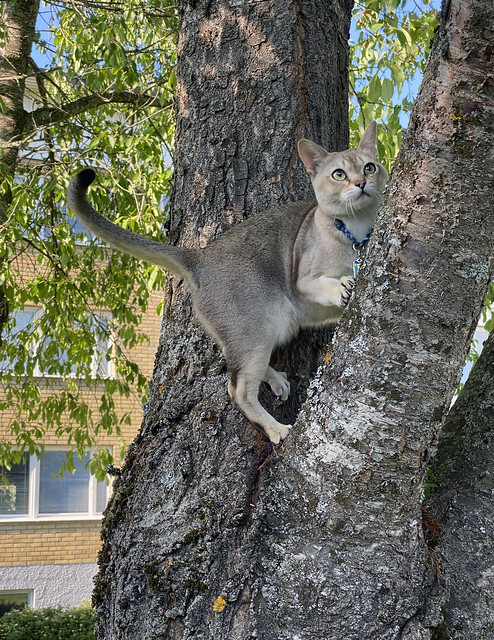 Finally, I have this photo. In my opinion, this is Zak’s first iconic photo. Jacoby had a few: Sitting on the carousel, posing in his hat and boots, and the one of him wearing his parka in the snow, among others