I have an exciting announcement to make…in two weeks, our Lorelai is going to meet a lovely gentleman called Io, who just happens to live with Alfred’s breeder, Karin. 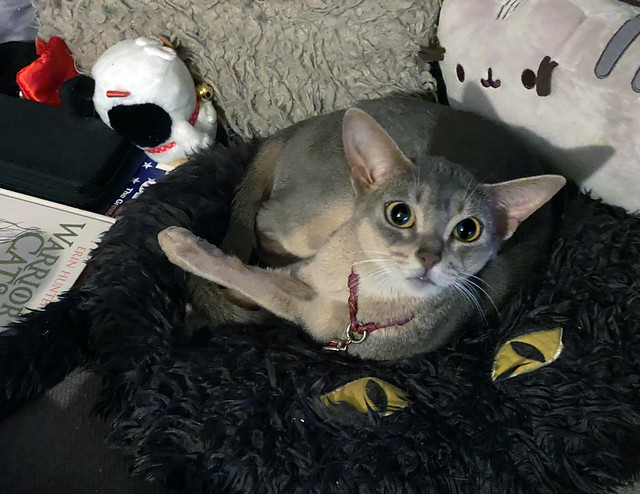 We don’t know if Rory carries Cinnamon or if Io carries dilute, but it looks like a very good match. Of course I will keep you posted…but our Rory is going to be a mom!

(Edit: Someone asked about Io. He is a year old, sorrel, and he LOVES kittens. Her Somali, Iris, got out while she was in heat and met a handsome black tom. Io helped her care for them.

He also loves to go outside on his harness and leash. Because kittens’ temperaments are influenced by their father, even if they never meet him, these are two of the reasons I chose him. And since we already have a relationship with Karin, it was kind of a no-brainer.)