The other day when we went outside, I found someone’s old prismatic New Year’s Eve hat from 2017 (it was written inside the brim; I’m not psychic). 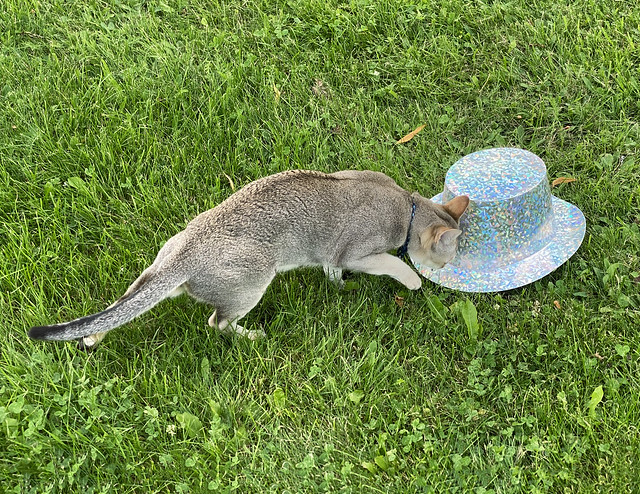 Izaak was the first to investigate it. 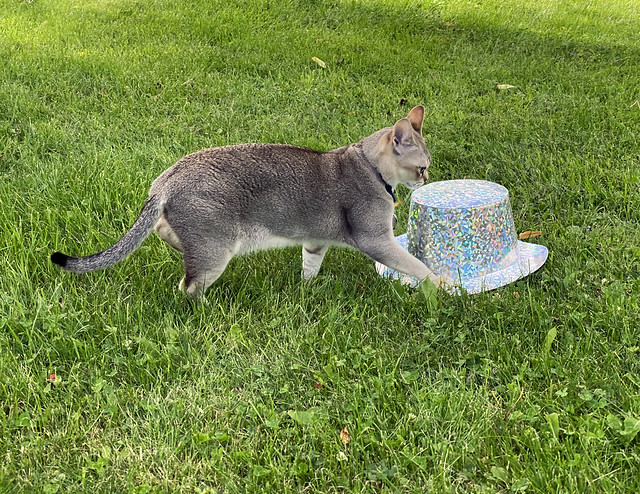 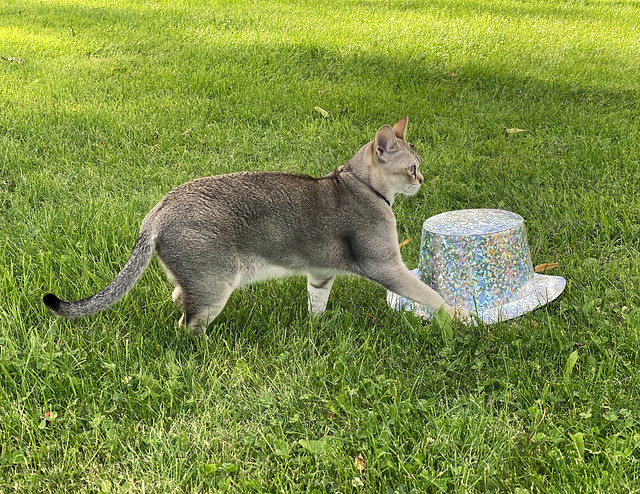 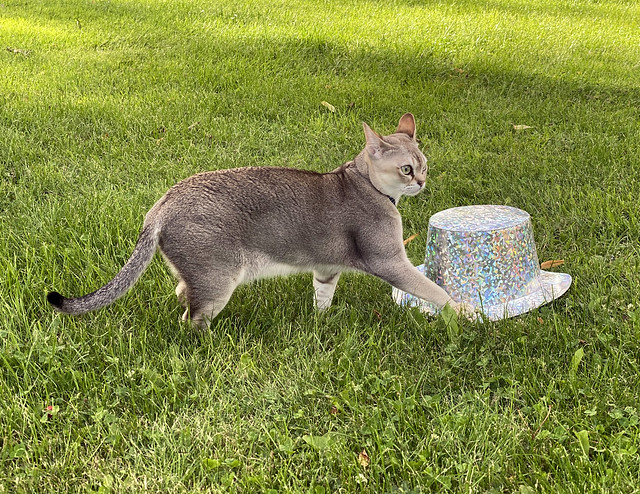 I am not sure what his final analysis was. 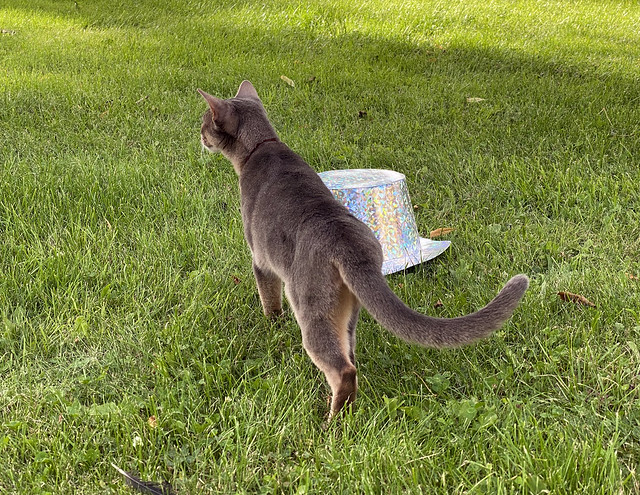 Next up to check out the hat was Lorelai. 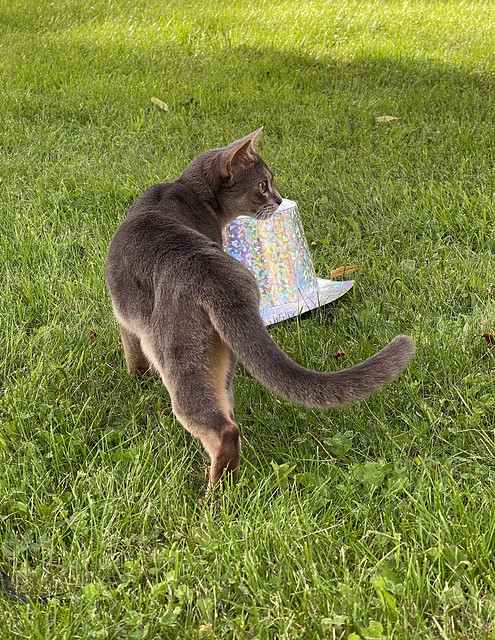 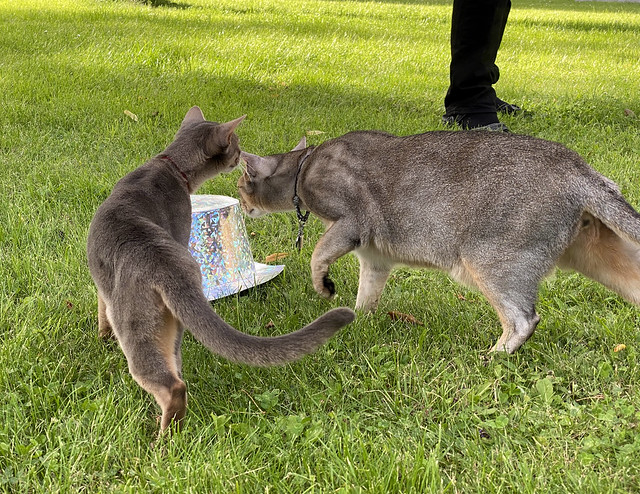 Big brother Alfred swooped in to protect Rory if there had proved to be a threat. 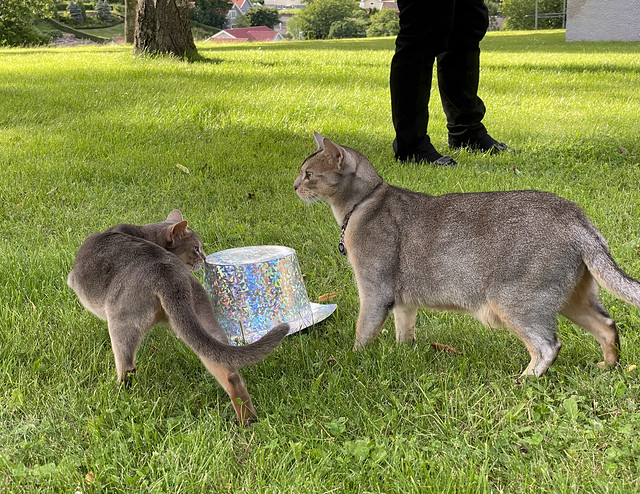 All three cats seemed perplexed by the silly hat. 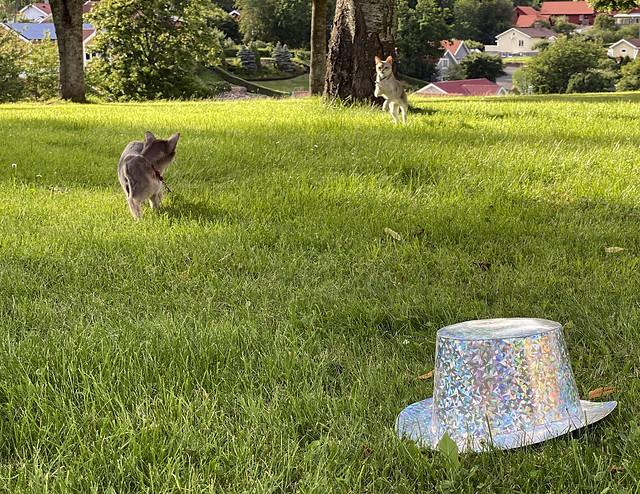 Later on, they simply ignored it as Zak started to stalk and chase Rory. 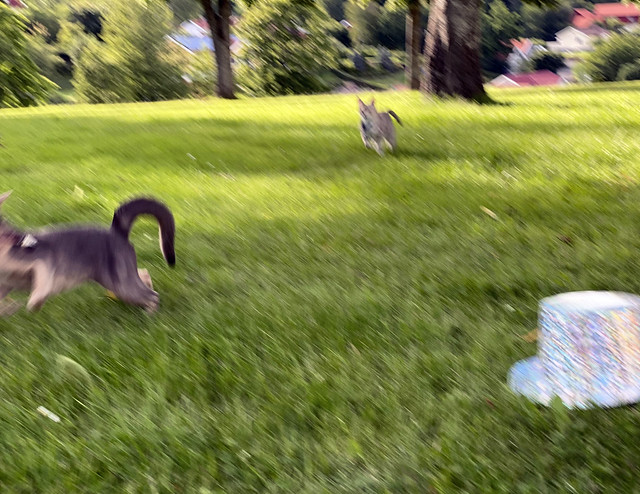 They sped past it like it was just another tree or bush. 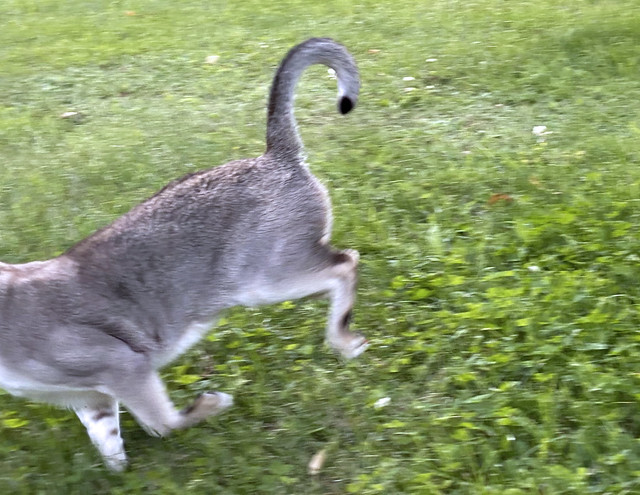