Today was the New England Meow Unit‘s Virtual Cat Show. I entered everyone, including Alfred, Angel (as a Household Pet), and Logan (in the Rainbow Bridge class). Because it was the Nemo show, of course there was a costume contest, and I entered a few different outfits…and finally won with our Marilyn Monroe and JakeFK costumes. Okay, it was Third Place, but still. 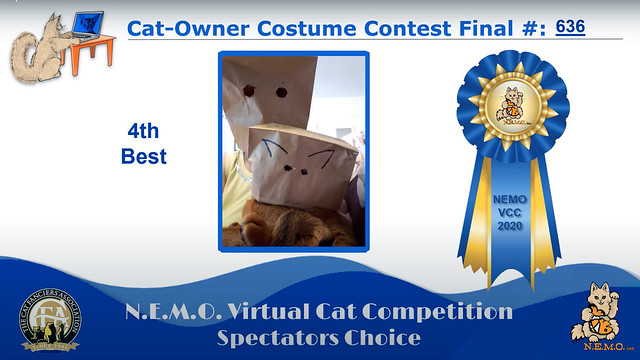 Meg and Drooley got 4th Place as the Unknown Comic and his cat! 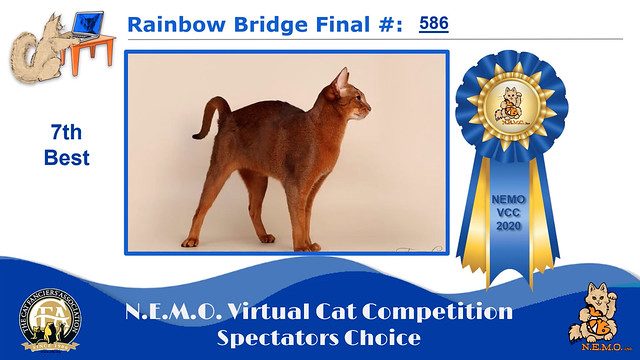 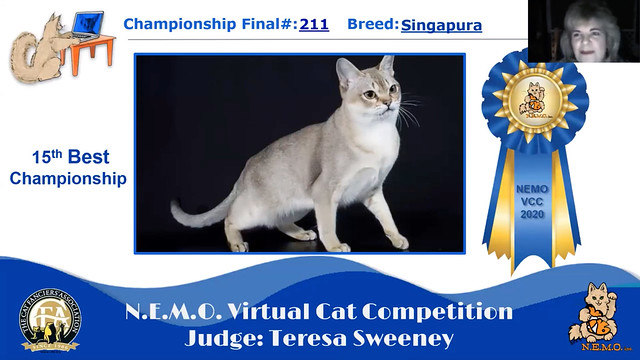 And now for the actual judging classes. Izaak was 15th Best Cat in Championship in Teresa Sweeney’s “ring.” You know, this is actually my first CFA final with a Championship cat! All my other show cats were Premiers. 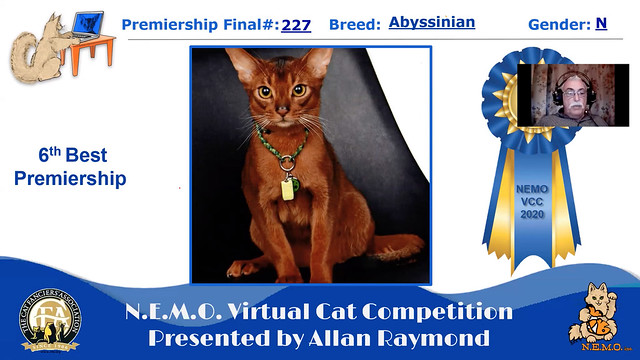 Speaking of Premiers…Dashiell did the best of everyone, placing 6th Best in Premiership in Allan Raymond’s ring.

You can see all the finals on Nemo’s YouTube channel. Each one is pretty long, so clear yourself some time (or fast forward through it, that works too). Oh, and it’s pretty cool that my artwork is all over this show, too.