There’s a meme going around involving the above image created by Darien McSweeney. Apparently, it started in 2018, and seems to have been resurrected. So of course I had to do it for our lot. And it was harder than you’d think, for the most part. 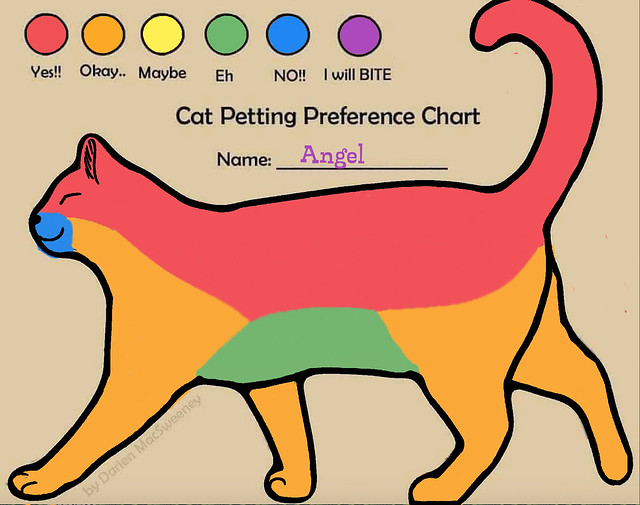 Angel, despite still being a bit skittish, is mostly happy to be petted anywhere…except her mouth. Because of her past history with Feline Oral Resorptive Lesions and bad teeth, even though the pain is gone, she still doesn’t like to have her muzzle touched. 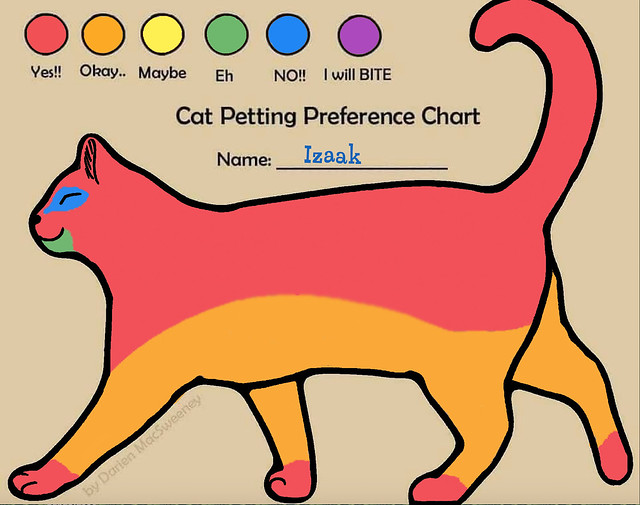 Izaak is pretty easy-going, but he does not like it when I try to wipe his eyes! 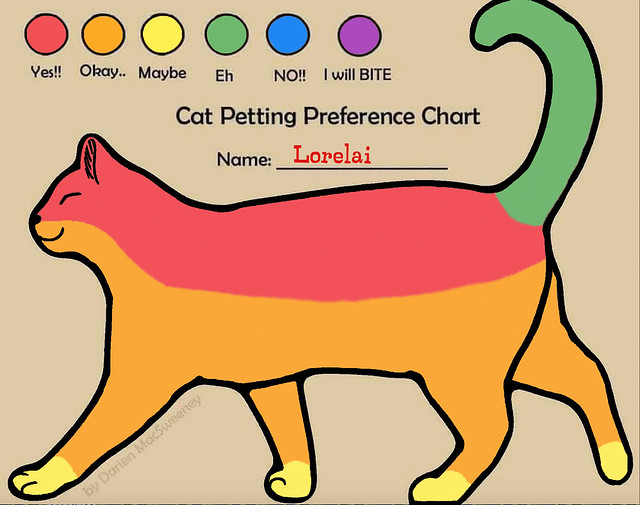 Lorelai is equally compliant, but she hates to have her claws trimmed. 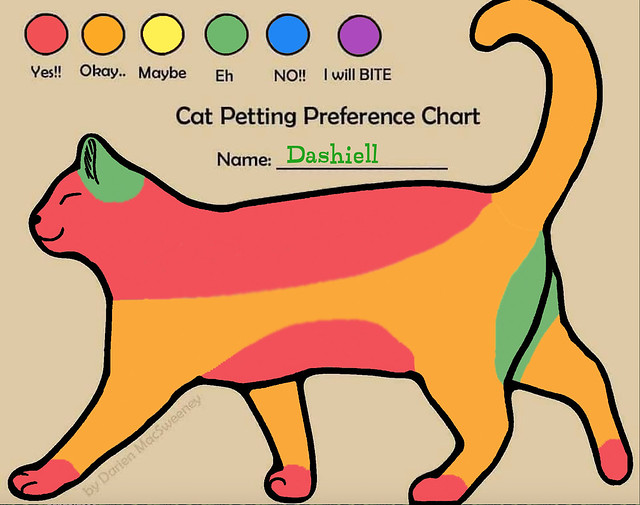 Dashiell, on the other hand, loves to have his paws played with. Not a big fan of having his ears touched, though. 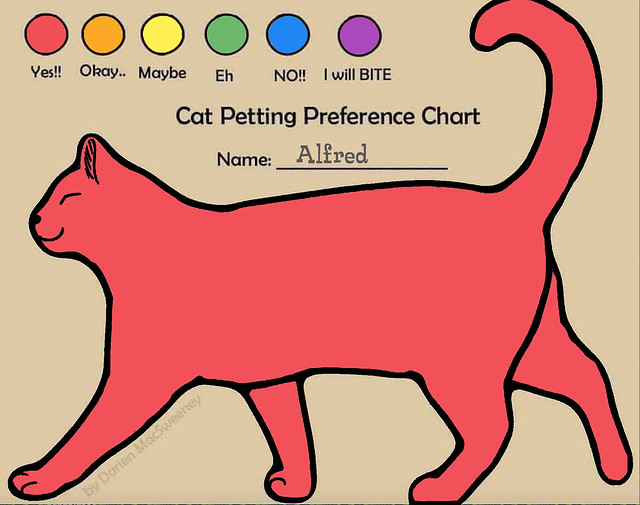 And then there’s Alfred.