I know, I know…I dropped off the face of the world for a week. Part of that was due to me getting a new medication that was kicking my butt until I got used to it. The other part is that last Monday I got this email from Iris:

Your former region (Region 1) and your adopted region (Region 9) are joining forces for a virtual qualifier show for the CFA International Top Cat Challenge, and Sharon asked me to help with promotional copy and/or a theme. What I came up with is really crying out for some kind of sketch that we can use on the flyer and platform. It’s “Paws Across the Sea.” I don’t have any visual ideas other than two paws reaching toward each other with an ocean in between, but I thought maybe you could come up with something better. Please let me know if you’d be willing to work on this. The time frame is short but not an emergency. . . If you could do something by the weekend I think that would work.

My mind instantly went to vintage Disney “It’s a Small World” art. I made a globe/earth that featured the US Northeast and Europe and then made the quick sketch above to map out the international breed representatives. I had many ideas, but finally decided on featuring a Siamese, a Russian Blue, a Maine Coon (Marlin, the NEMO mascot), a Scottish Fold, and a Singapura. I had wanted to include a Japanese Bobtail, but I realised that if you couldn’t see the tail, it might not be clear what breed it was. 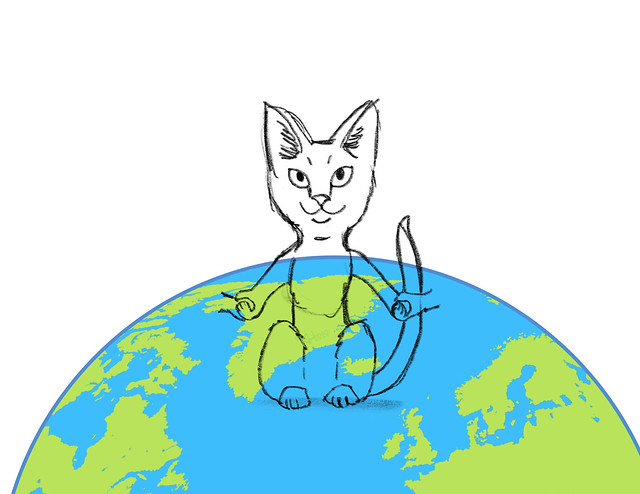 I started by making a generic cat sketch. I enlarged it for Marlin, made it smaller for the Singapura, and stretched it out for the Siamese. 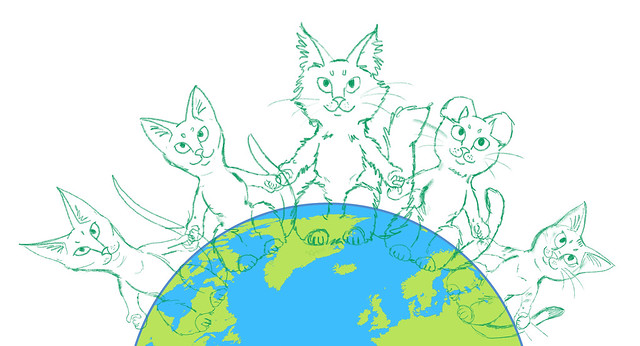 I made sketches for all five breeds, and combined them on one layer. 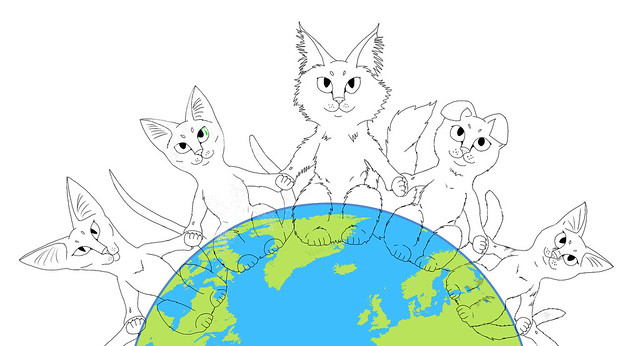 Then I did the ink outline in Procreate. 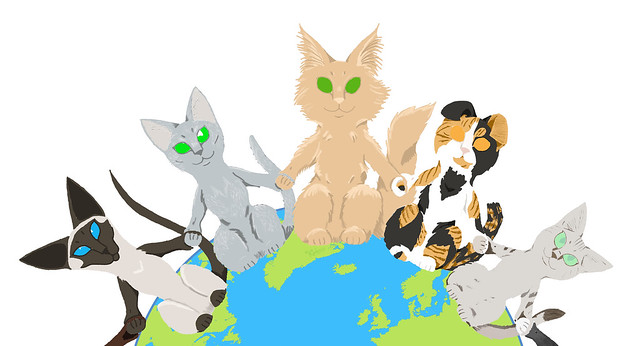 I did the undercolour layer beneath the ink layer in Procreate as well. Colouring tortoiseshell-and-white cats is difficult, but fun! 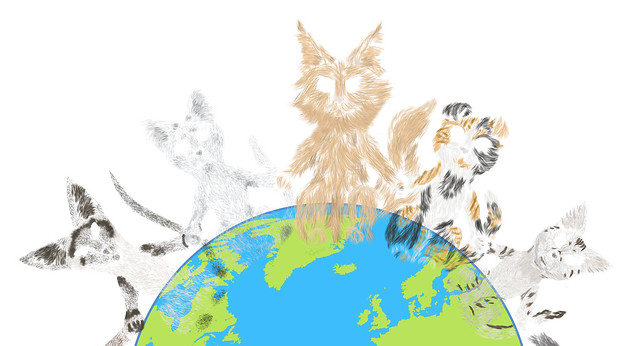 My best fur brushes are in Photoshop, so I moved to that to work on the texture layer. 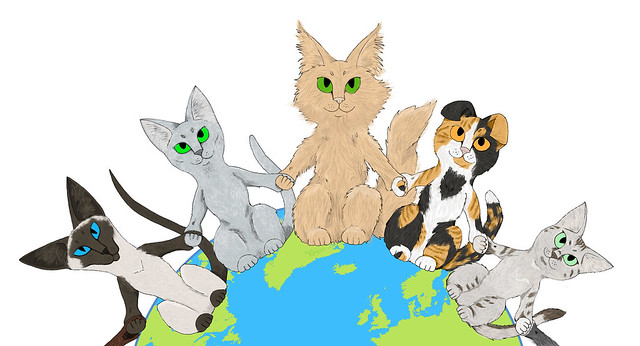 Here are all three layers combined. 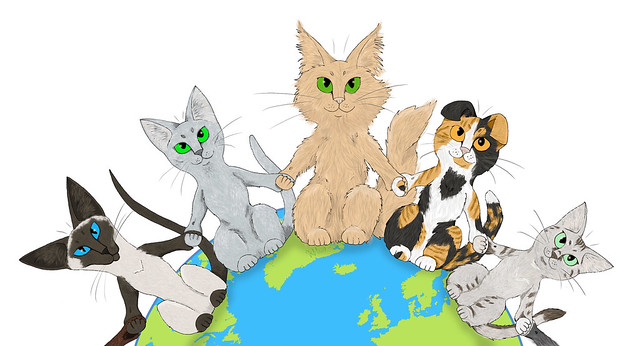 Then I add the whiskers, eyeshine and shadow, and voilá: a graphic for an international virtual cat show! 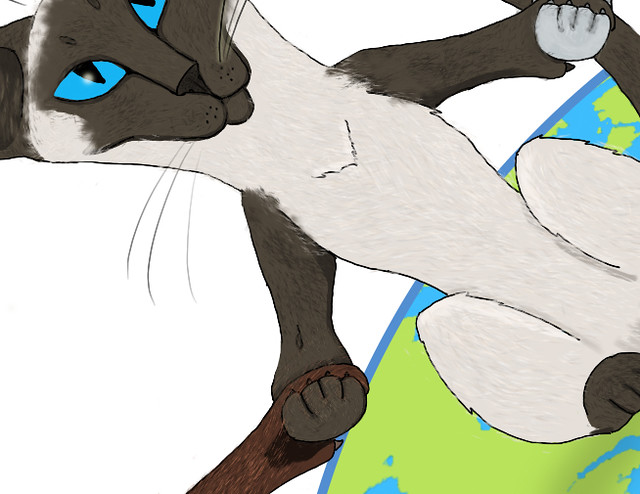 A slight postscript: I couldn’t fit an Abyssinian into the graphic…but who’s that holding the Siamese’s other paw?