Facebook reminded me today that exactly five years ago, Jacoby and I were at our last NEMO show. Kind of interesting that in 2015, the 10th and 11th of October fell on Saturday and Sunday the same as this year. One nice thing about the show hall at Sturbridge is that it has WiFi, so I was able to FaceTime with Björn and virtually introduce him to my friends. 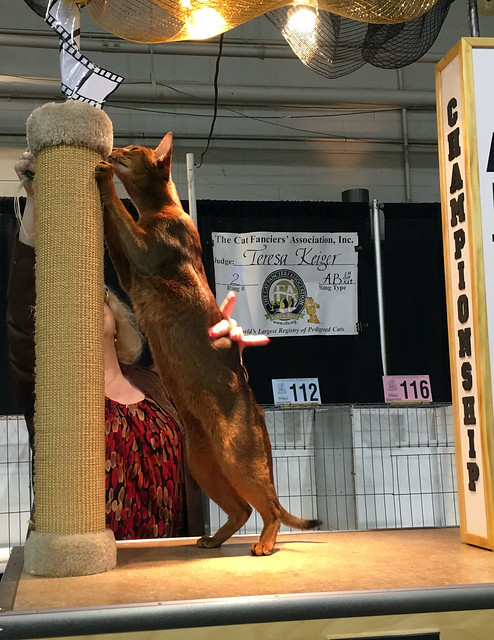 It was funny…Jake never used to “pole dance” on the judge’s table, but for some reason, at that show, he did it quite a few times! 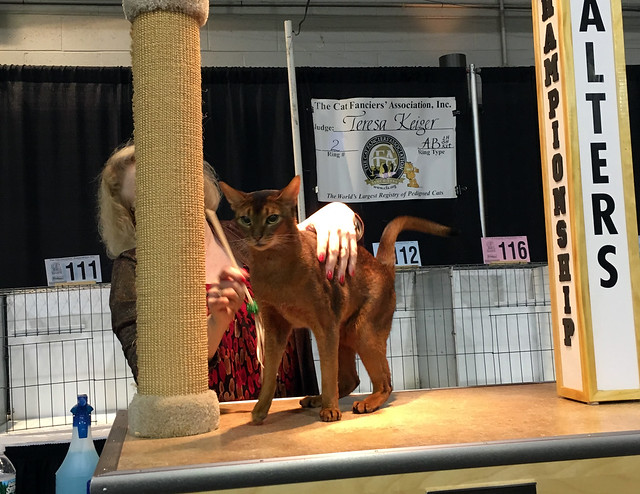 He seemed as surprised as anyone. 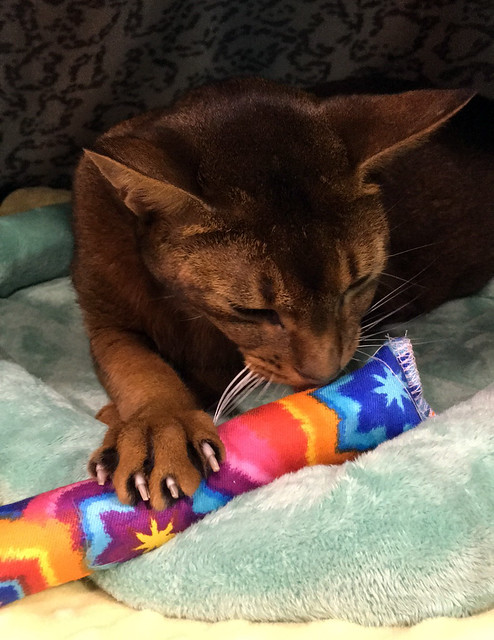 He got a catnip kick-stick from our friend Donna. 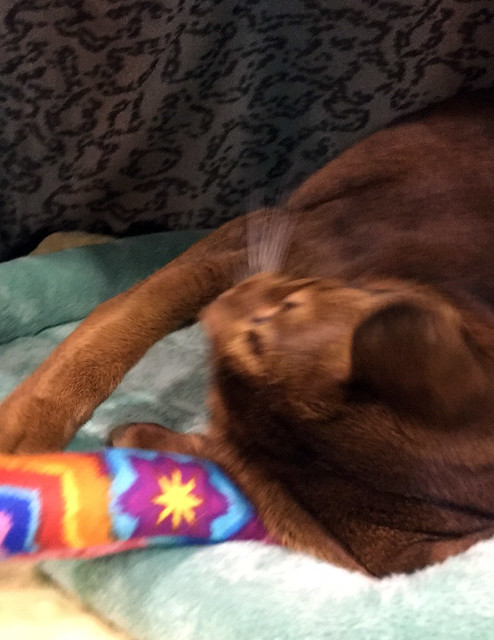 He really liked it. 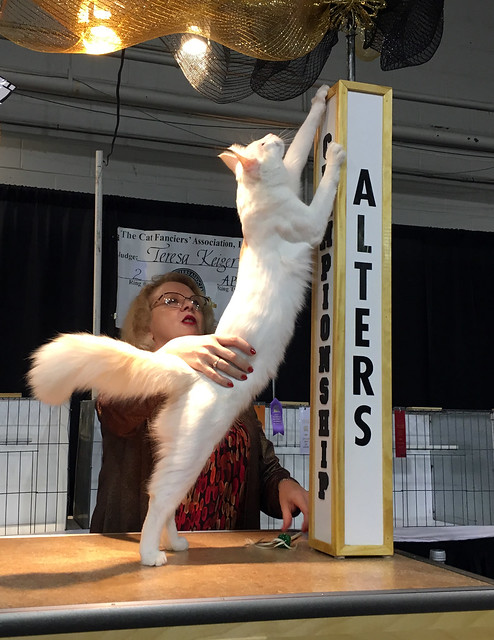 We also got to meet our friend Kim’s famous Bobby, star of Netfix’s Catwalk. Yes, we can honestly say we knew him when. 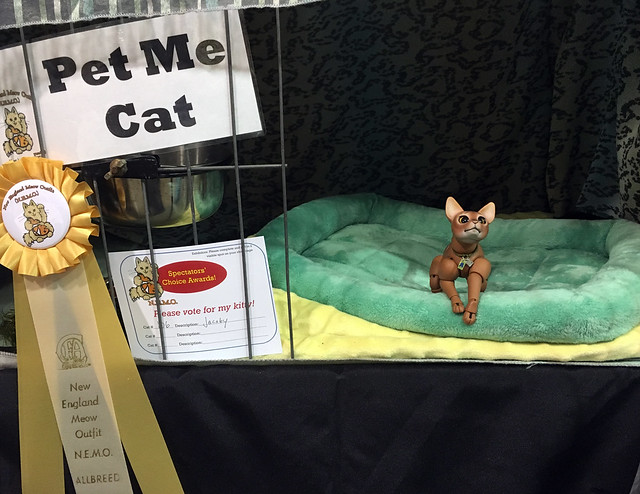 Jake’s mini-me was at the show, too. 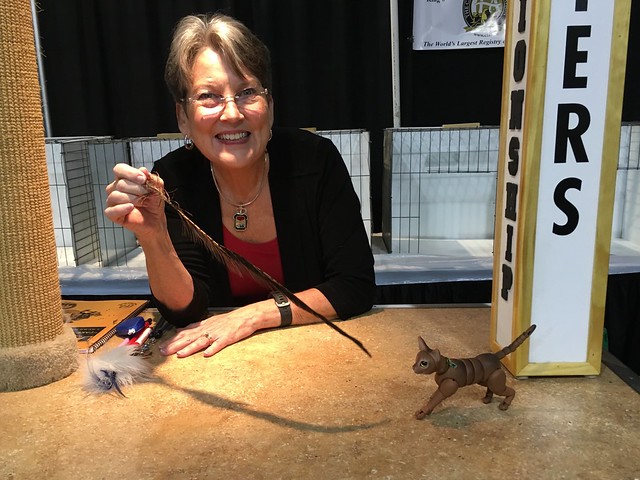 I had to show it to Carla Bizzell, who had once called Jake a posable action figure. She was quite amused. 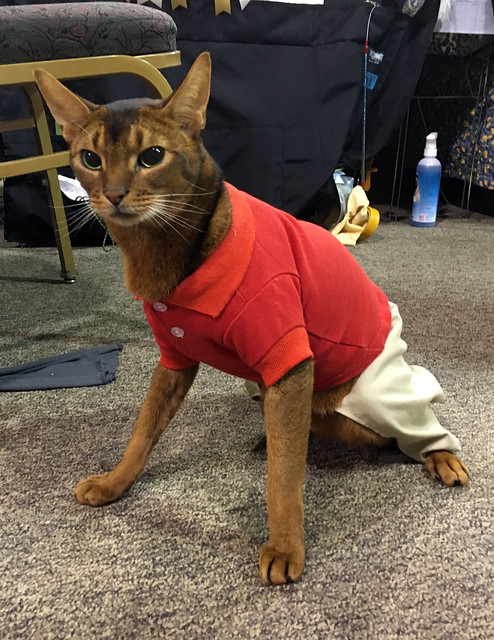 And let’s not forget the costume contest! Jake and I dressed as >a href=”target=#>Jake from State Farm and the woman on the phone. 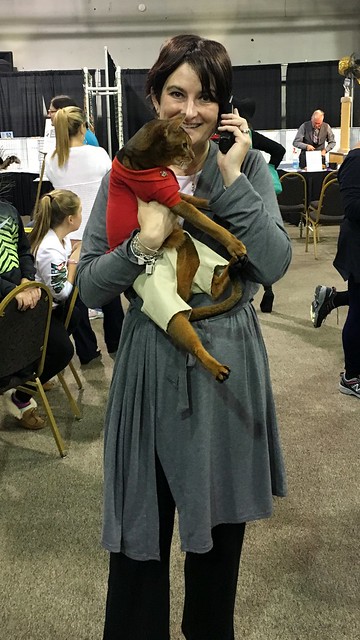 It was the best costume. I got to wear a bathrobe and pajamas all day. And I even had a phone. 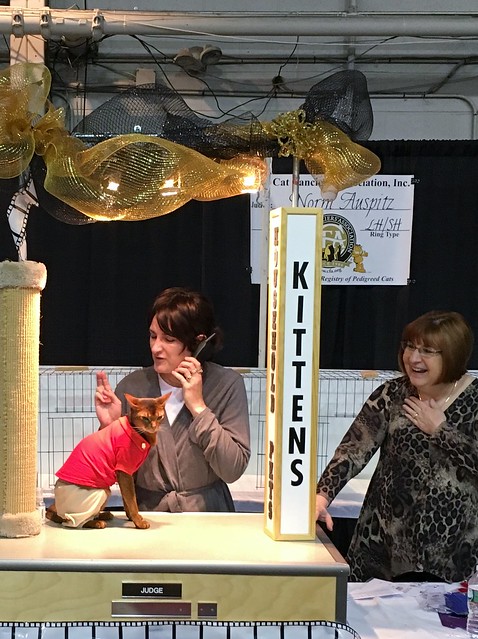 “What are you wearing, ‘Jake from State Farm‘?” 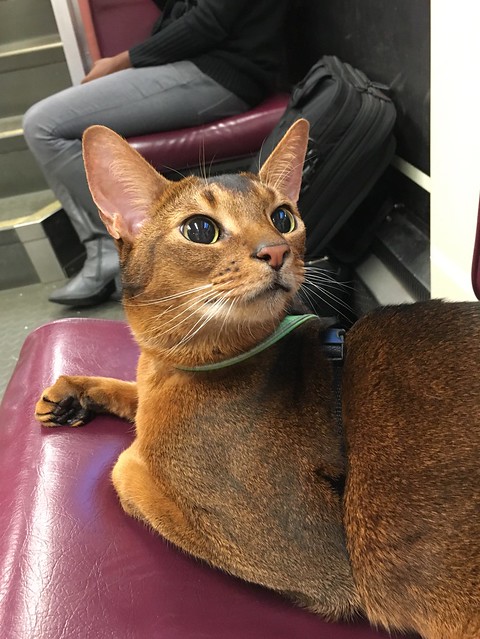 That was one of the best shows I’ve ever been in. I’ll always remember it fondly. 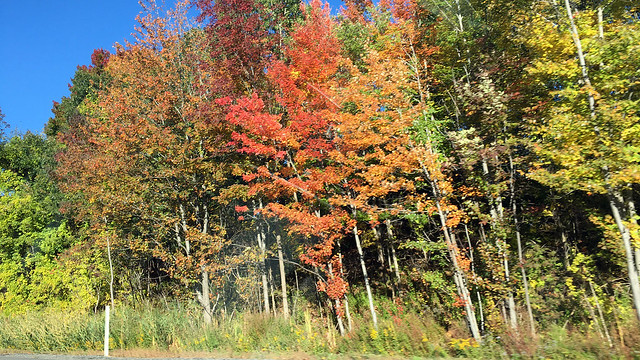 New England is beautiful in autumn…but our part of Sweden gets similar bright foliage, so I don’t miss it too much.