Autumn is in full swing here in southwestern Sweden. We’re actually a very similar climate to New England, which is nice; it made the transition just that much easier. 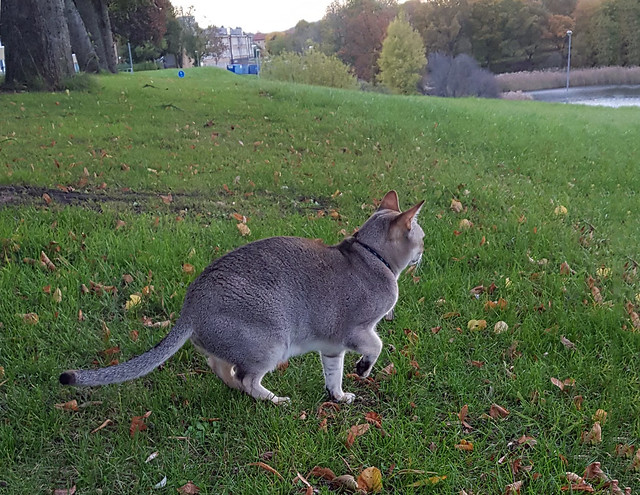 It was 7°C (44°F), but it felt colder. Izaak has a habit of holding one foot up when the ground is wet or cold…he was doing that a lot today. 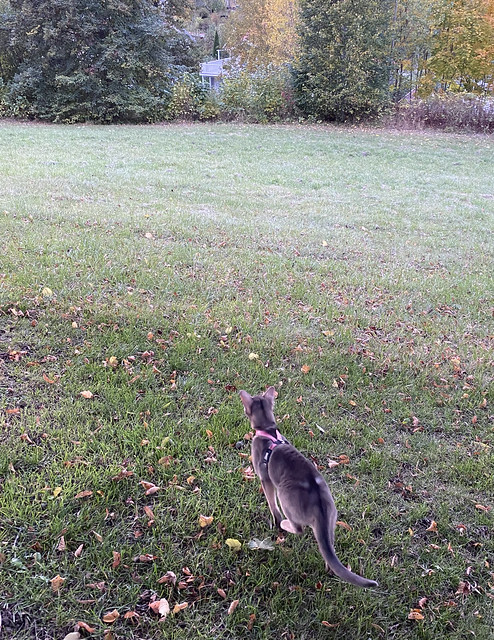 Lorelai and Alfred went out as well; after her escape escapade, we’ve kept her on a leash when she’s gone outside. Today, though, we put on her harness and had the leash on reserve. 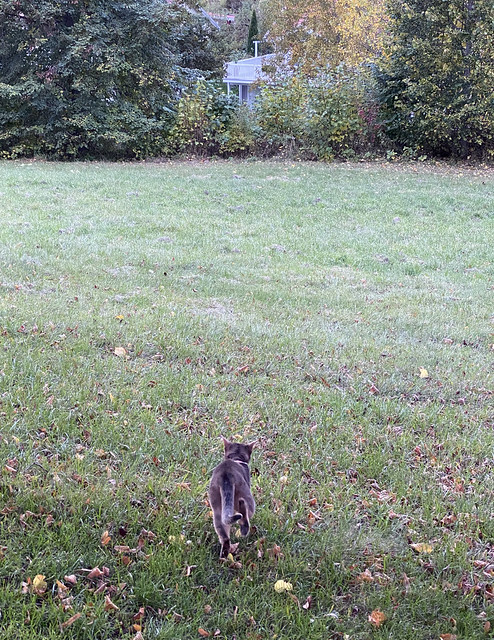 It worked; she didn’t run away…she barely ran at all. But at least she had free range. She finally went down the hill to see what Freddy was doing at the treeline. 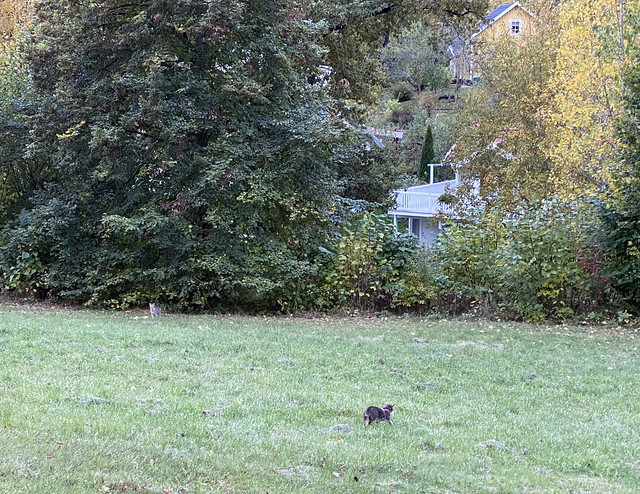 I guarantee Freddy is in this photo. Bonus points if you can find him. 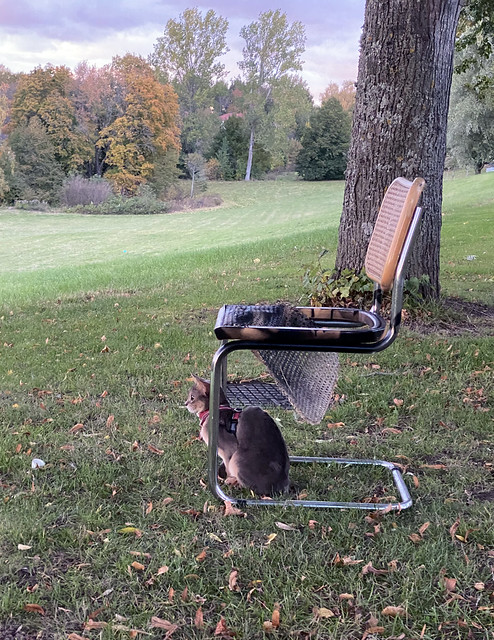 Eventually, Rory came back up the hill and sat under this abandoned, broken chair someone used as a base to spraypaint something. She looks so reflective.

I wonder what she’s thinking about?

I also made a little video of Zak and Rory while we were outside. I love watching these two interact outside.