When we were planning on breeding Lorelai with Io, I was wondering what the chances were that they might have a fawn kitten. I consulted the Abyssinian Database’s colour breeding chart.

With the pandemic and all, I didn’t want to send the test all the way to UC Davis, so I found a European lab that offers a test for the Cinnamon gene. So I ordered a test and swabbed Rory’s cheeks. 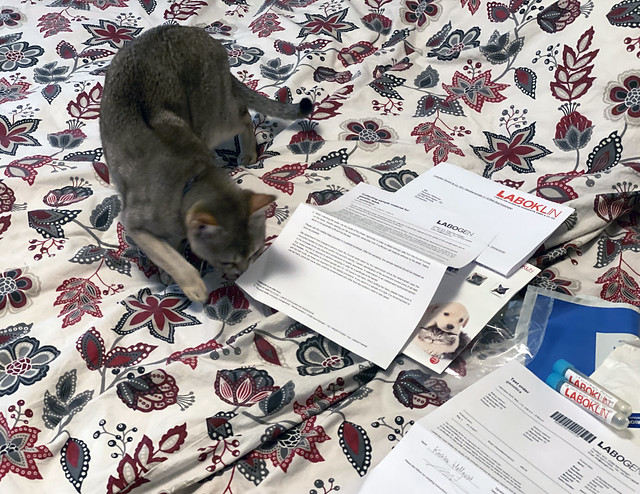 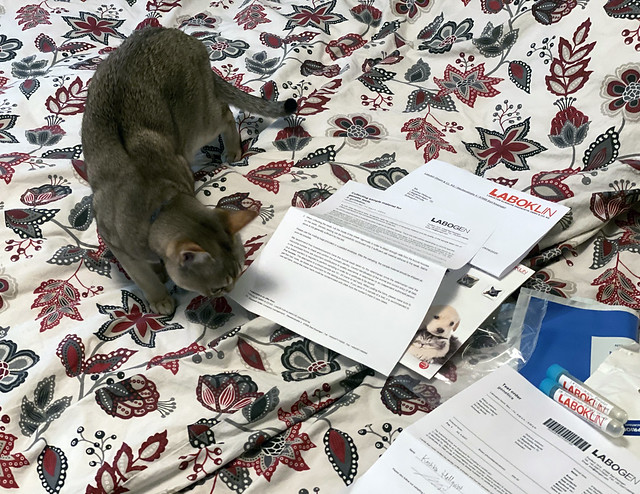 Izaak helped to make sure the paperwork was all in order before I mailed it off.

About a week later, the results came back…and, unfortunately, Rory is BB, so she doesn’t carry cinnamon. Depending on the male, she can only have ruddy or blue kittens…but her kittens could possibly have fawn kittens.