I had to share the cutest Kickstarter project I just received: a magical card game called Wizard Kittens. It’s a semi-cooperative set collection card game in which you play as kittens who have accidentally released a few curses from the library’s restricted section. Because the library is a place of quiet, players must defeat the curses quickly before they get caught by the librarian. 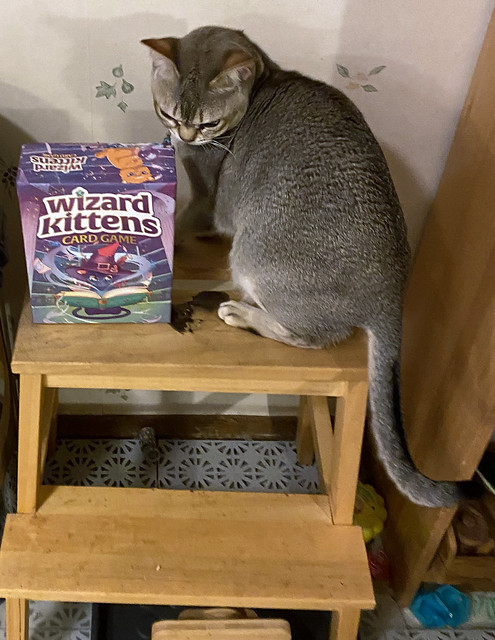 I got in really early, and I got a great deal on the full package with all the extras. Izaak thinks the game looks interesting, too.

There are several different character cards, each with different skills and talents. Daisy reminds me of the character in Bittersweet Candy Bowl.

Some of the curse cards are really adorable. This card is something everycat can relate to!

And this this curse reminds me of Zak. I think the other cats can identify with it. 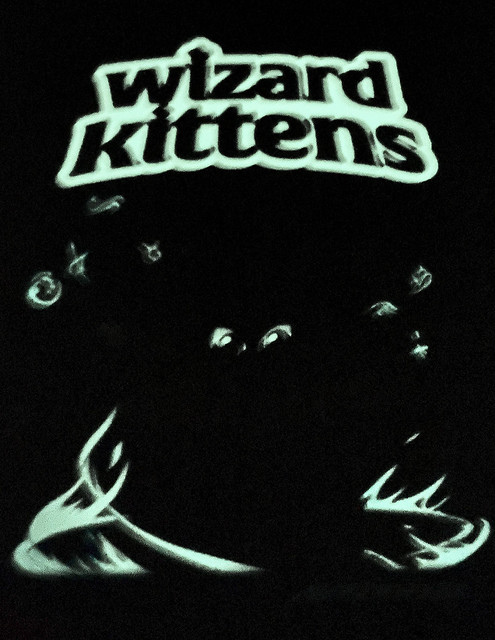 But the very best part of the whole thing? The box glows in the dark! How awesome is that!?