Going through some photos I haven’t edited yet, I found a few trips we took to the vet late last year and earlier this year. First we have a trip Dashiell and I took to see a vet in Göteborg. 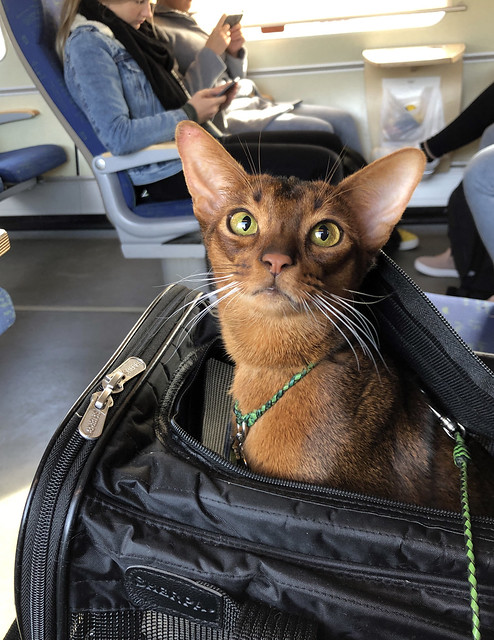 This was only Dash’s second train trip. 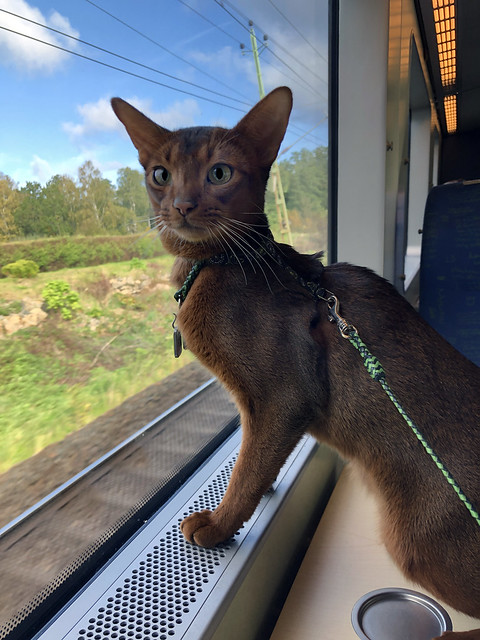 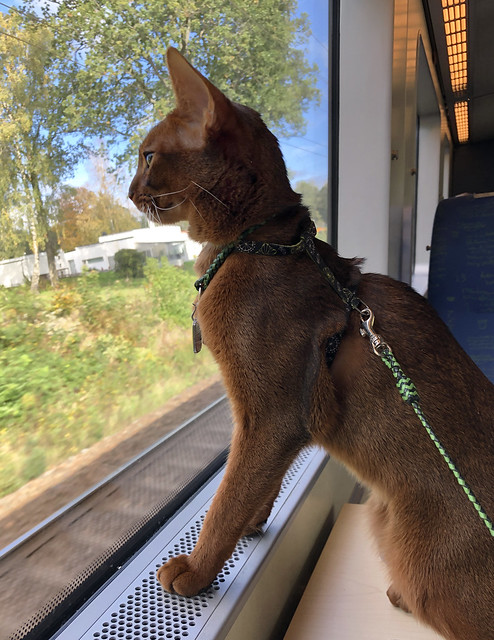 He really seemed to like looking out the window. 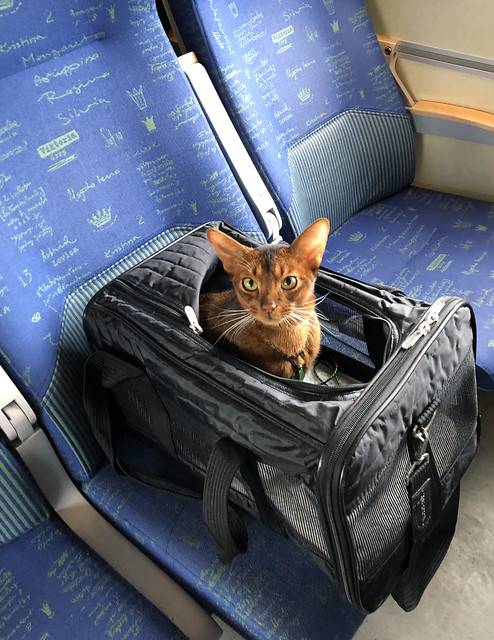 But unlike the other cats, he was happiest sitting in his carrier with the top open. Which makes sense; Dash and that carrier have been through a lot together! 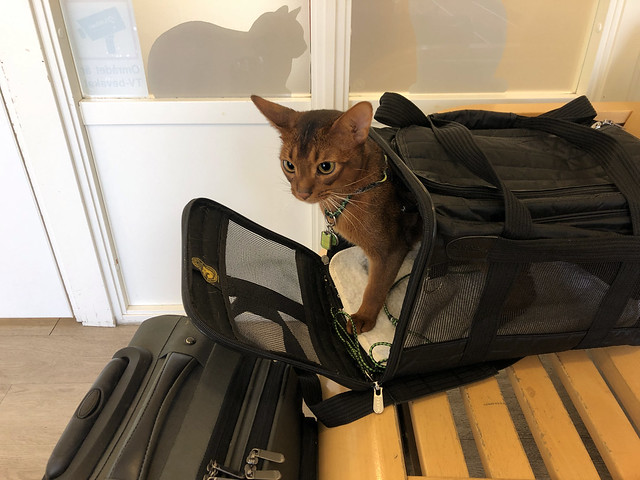 He wasn’t terribly keen on leaving it when we got to the vet’s office, either. 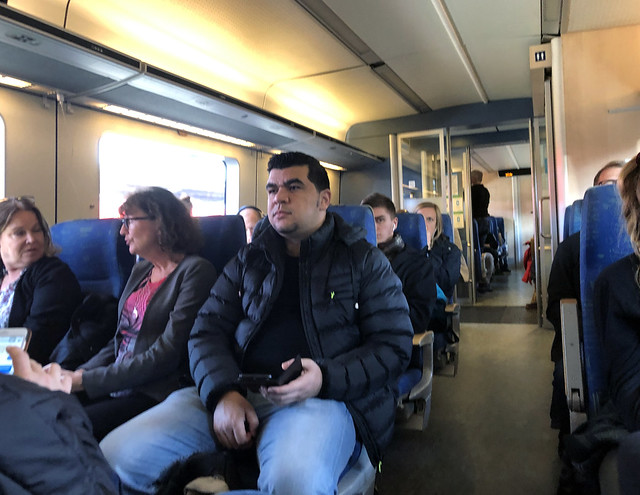 While we had plenty of room on the ride to Göteborg, on the way back the only car that allowed pets was jam-packed and I had to hold Dash in his carrier on my lap in a cramped, non-table chair. This is because people without pets rudely take up space in the only space we’re allowed to have animals in. Pets don’t even get an entire car; usually it’s only a section of one car. Those people can sit anywhere. It just infuriates me. 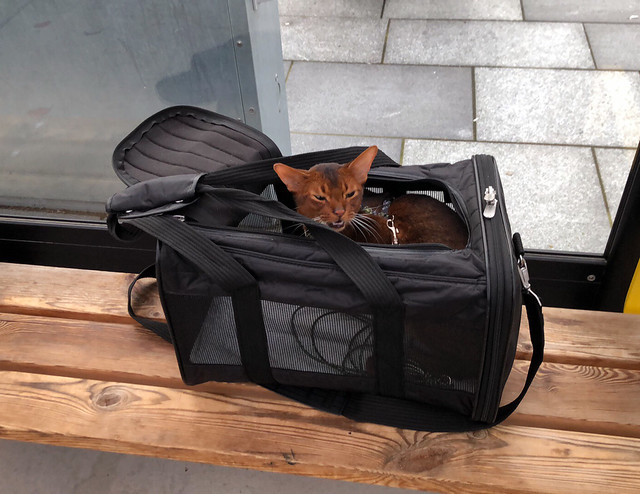 Looks like it made Dash a little salty, too. 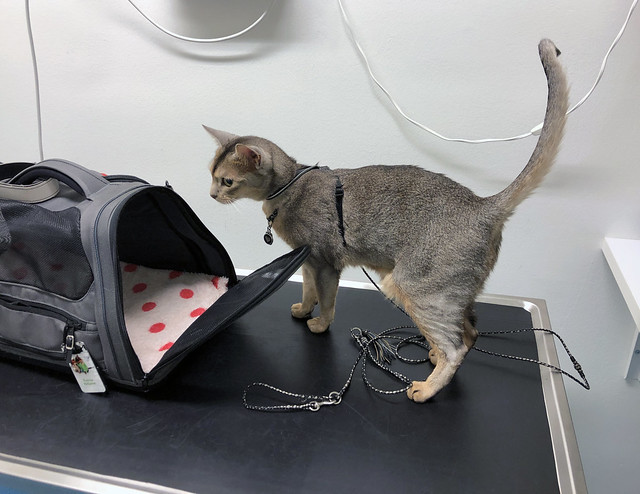 A couple of weeks later, Alfred needed to go in to be checked over. I think this was the very first time Freddy had one of his breathing attacks. 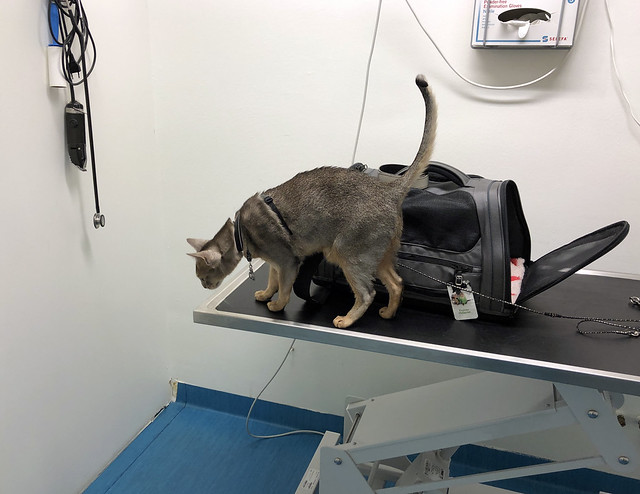 Of course, just like when you take your car into the shop, he was perfectly fine when we were actually at the vet. 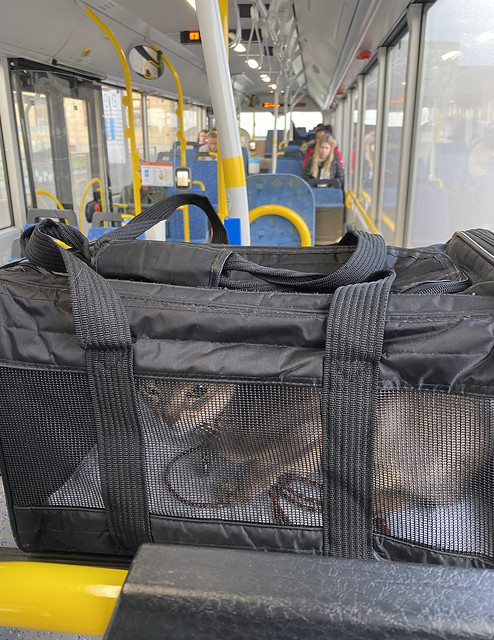 Last but not least, Lorelai and I went for a quick check up back in January. You remember January…before we knew about Covid-19? Good times. 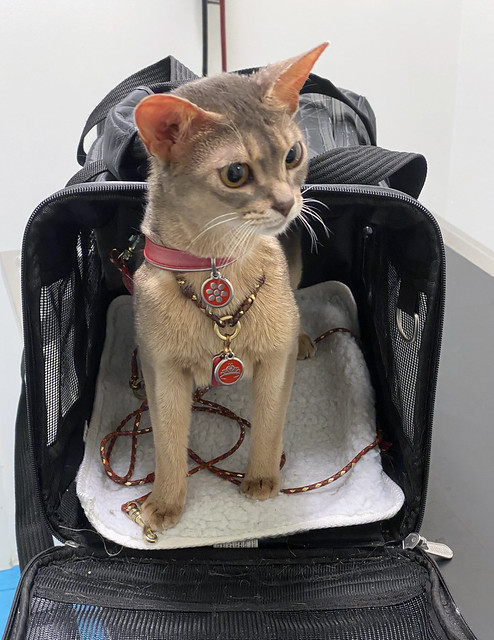 We borrowed Dash’s carrier for the trip. 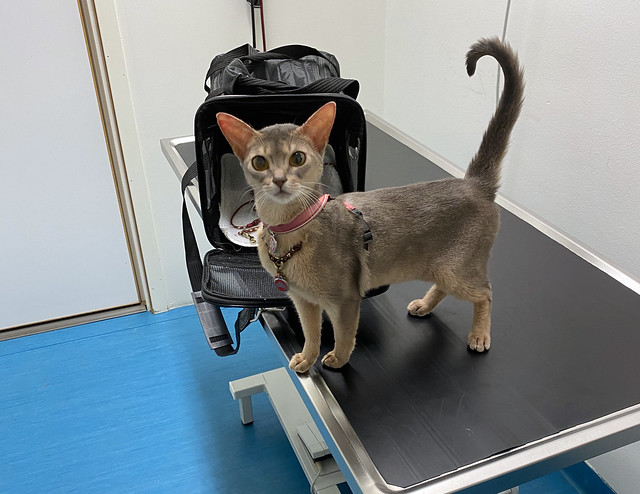 Rory was her usual perky self. 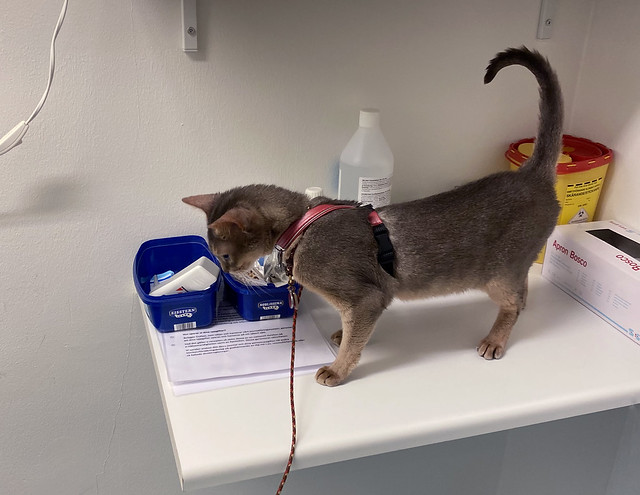 She had to explore and examine everything. 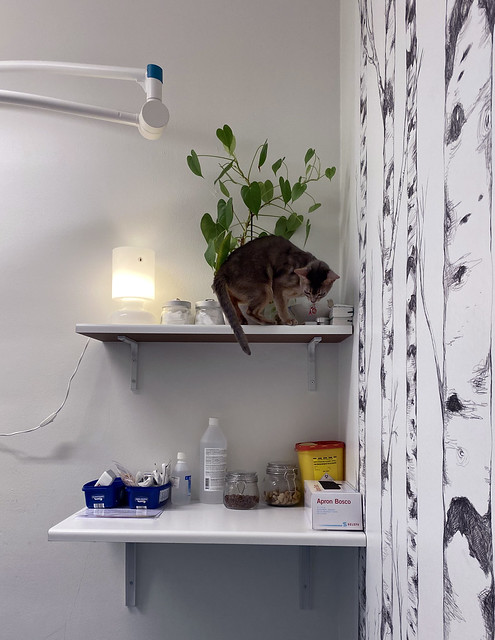 Of course, the top shelf with the plant was a bit extra. 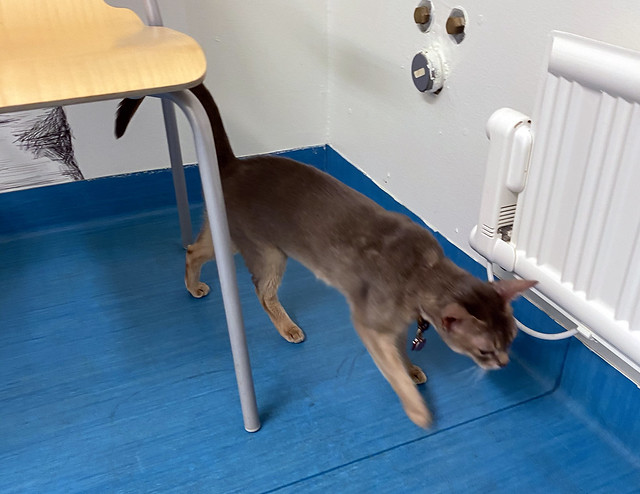 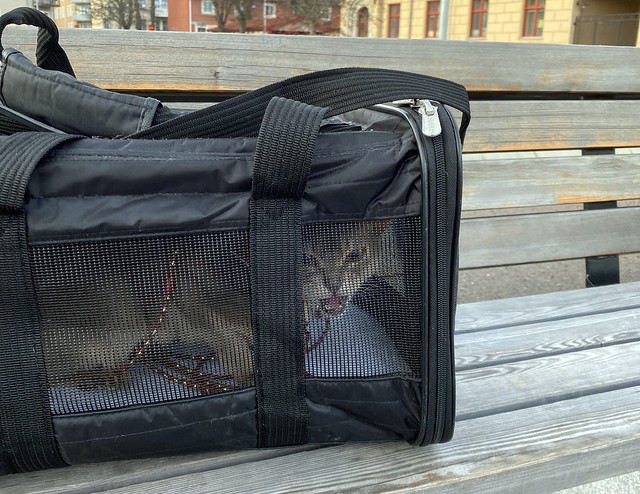 Rory didn’t like the fact that I wouldn’t let her out of the carrier while we were waiting between buses. Guess Dash isn’t the only one who can get a little salty.