Two weeks ago, I posted about entering the Paws Across the Sea joint Region 1/Region 9 CFA virtual show. Well, the results were announced last weekend! As expected, Lorelai didn’t make any finals (there were three blue female Abys in Championship), but we did have a bit of luck…each of the other cats made one final each. 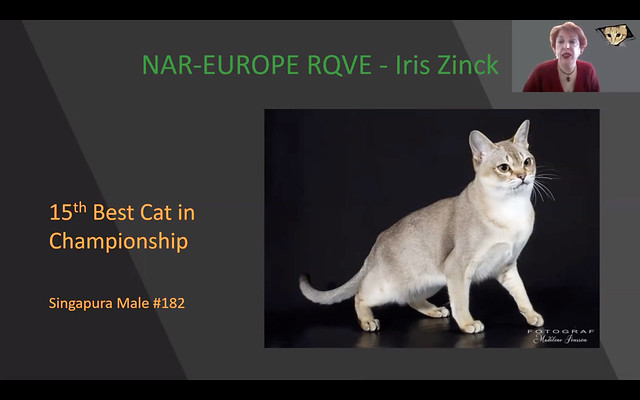 Izaak was 15th Best Cat in Championship in Iris Zinck’s virtual ring. He also made a final as 15th Best in the Nemo show. 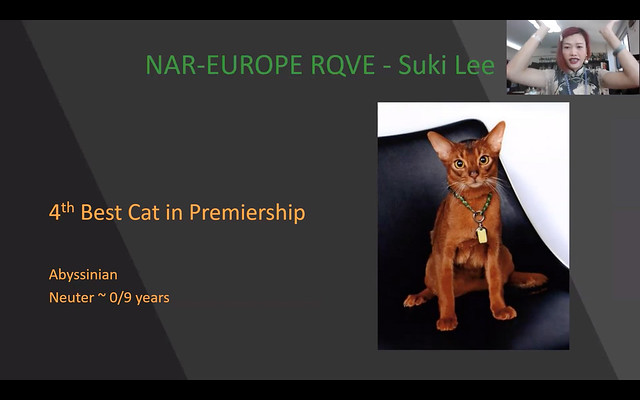 You can hear Suki’s comments on Dash here (starting at 7:12).

Perhaps the most gratifying final, though, was Angel’s HHP final in Gary Veach’s virtual ring. She was 12th Best! This is only her second show…and her first final. 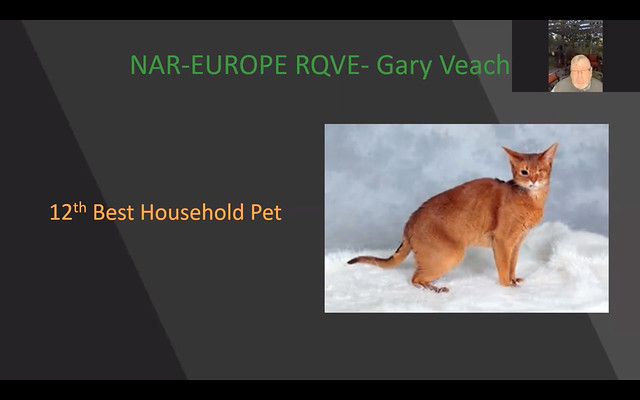 You can hear Gary’s comments on Angel here (starting at 3:06).

I really do miss going to cat shows…we haven’t been to one for an entire year, since last November, if you can believe it. But at least we have virtual shows to keep us going.