We got the cats a remote-controlled rat toy for Christmas. We thought it would be a lot of fun for them. 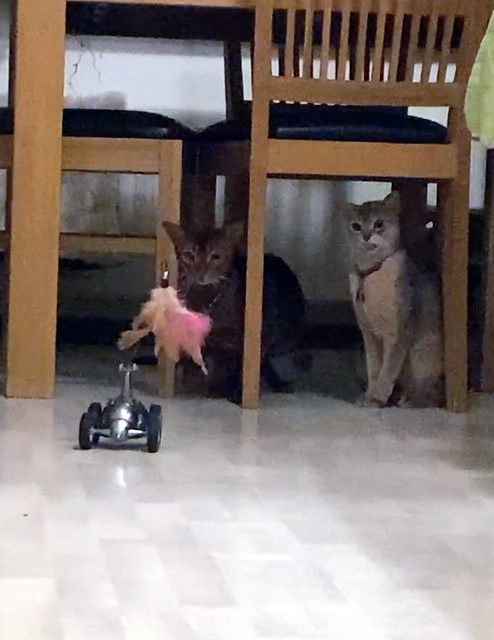 It…didn’t go quite as planned. 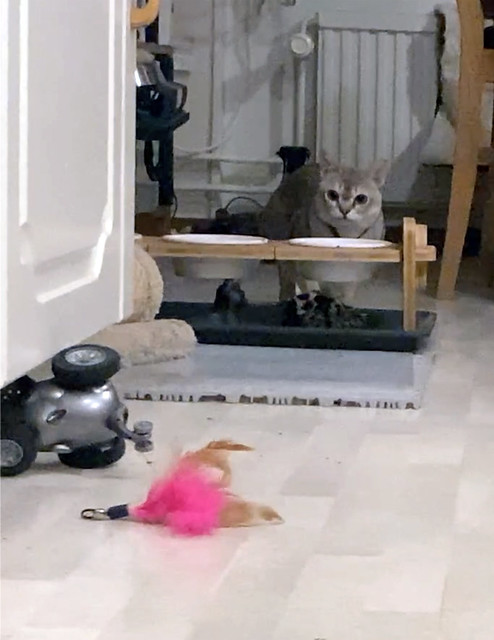 I’m not sure if it was the motor noises or the crazy, self-righting wheels, but they seemed a little intimidated by the thing. 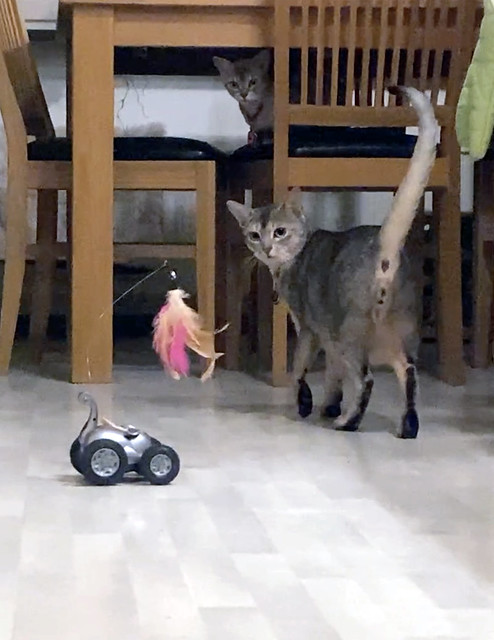 So, Björn got the idea of putting a bit of ham on the back of the rat. Well, that got Alfred’s attention. 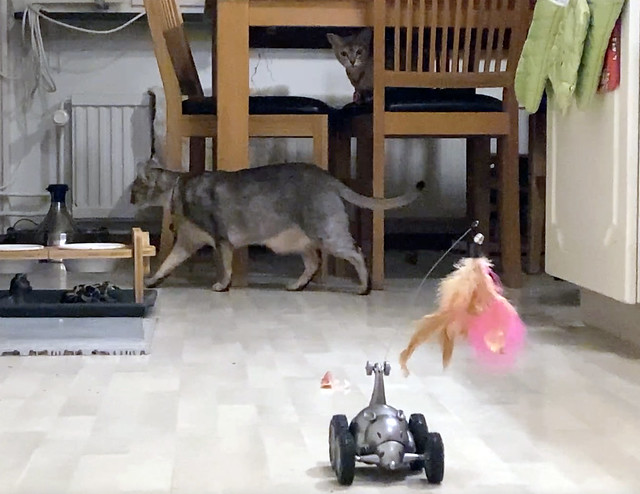 And then the ham fell off. 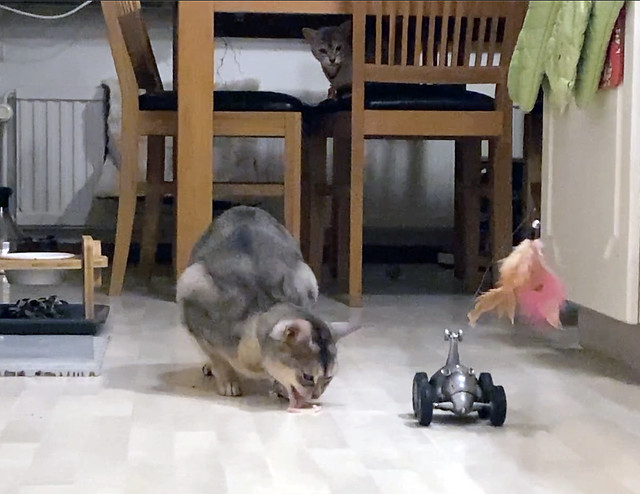 And…then Freddy ate the ham. So much for that idea. 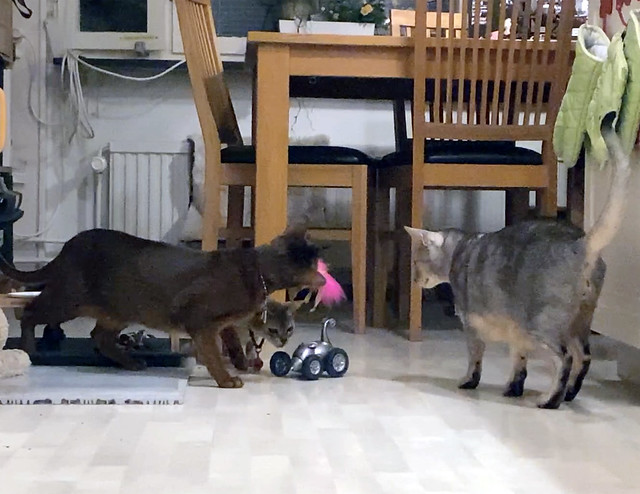 So we stopped the rat to see what they would do when it wasn’t moving. 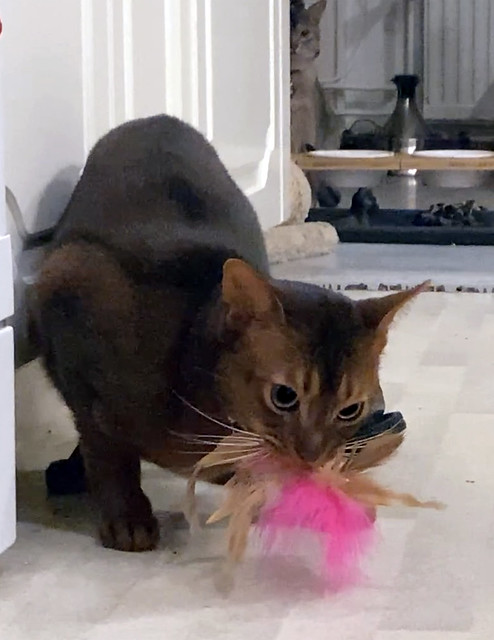 Dashiell grabbed it and started dragging it off. 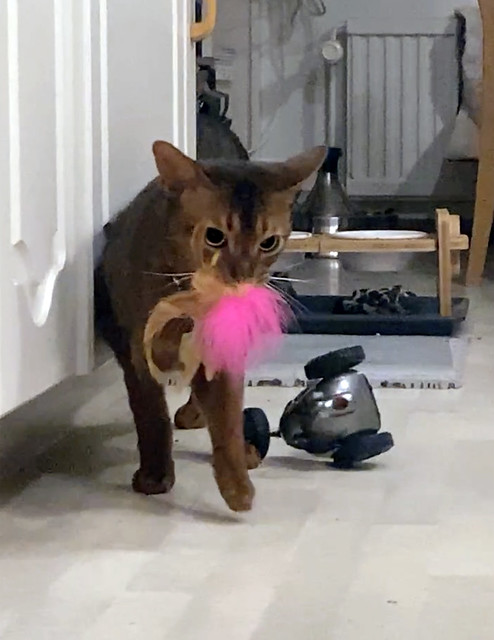 He was growling as he pulled it along! 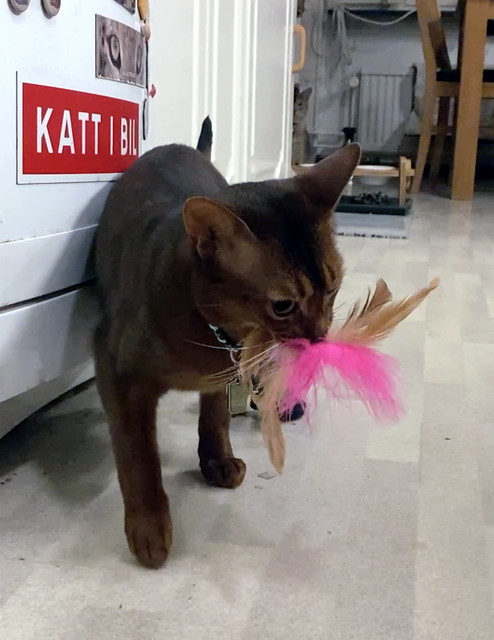 I don’t think any of us saw that coming.

Here’s the video of the whole encounter. I sped it up a little bit, so you may not be able to hear Dash growling.