It’s finished! I finally finished Dashiell Hamilton! It was a real process, too. But as I mentioned last week, I got a new Paperlike screen protector for my iPad, and it makes drawing on the screen so much more natural and organic. In fact, I did most of this in Procreate. Only the last few bits were done in Photoshop. 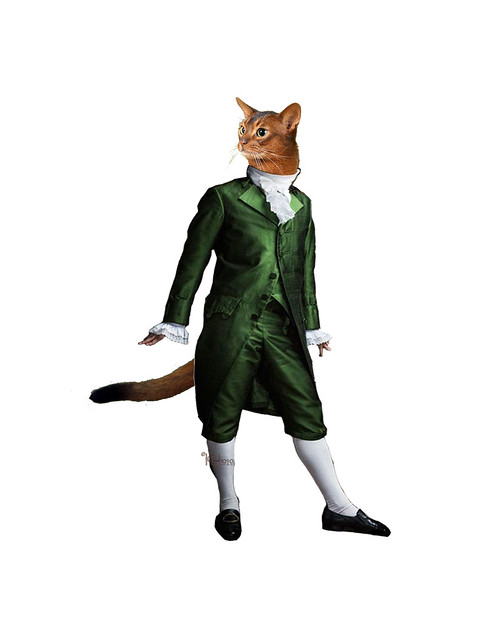 And the very first bit. I started with a photo of the suit and a photo of Dash in Photoshop. Then I went to Procreate and did the sketches. 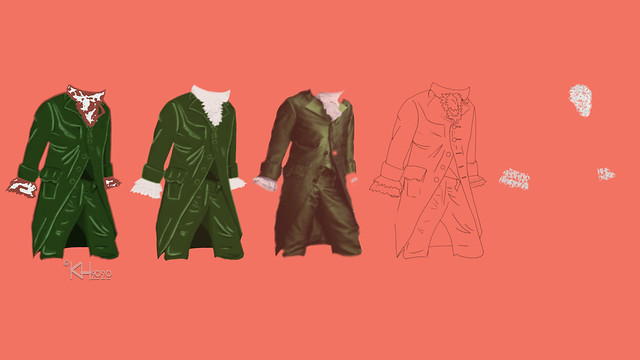 Getting the suit just right was my biggest challenge. It took five layers to make it look the way I wanted it to. I did two base colour layers in Procreate, and a low-opacity layer of the actual suit (done in Photoshop) to add the sheen and texture. Then the ink layer was moved above the colour layers. Finally, I discovered a lace brush in Procreate, which was perfect for his sleeves and cravat. 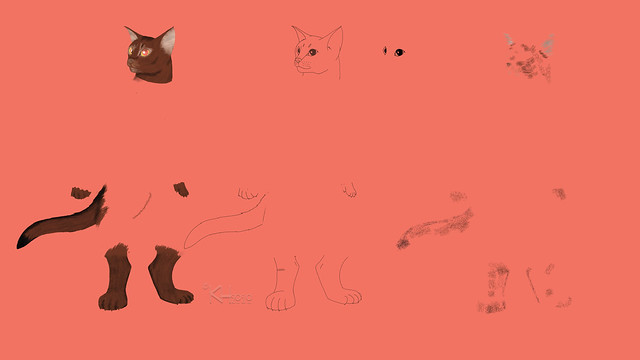 Dash himself was a little easier, because…well, I’ve done more ruddy Abyssinians than I’ve done 18th century emerald-green silk suits. All layers except the top fur texture layer were done on the iPad. 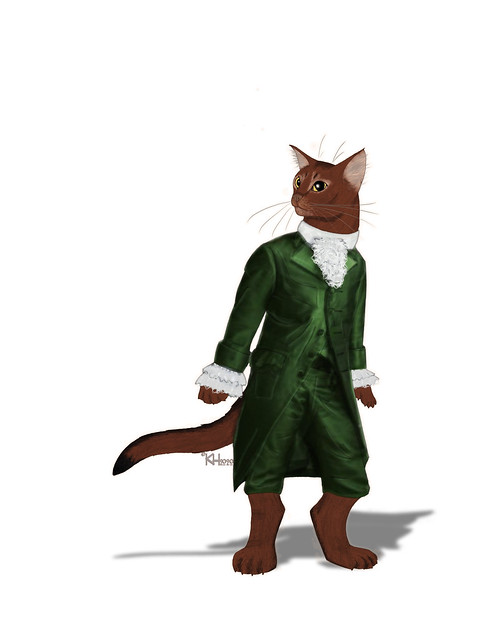 Put all the layers together, along with the whiskers and a little shadow, and put him onstage…and, finally, history has its eyes on Dash! 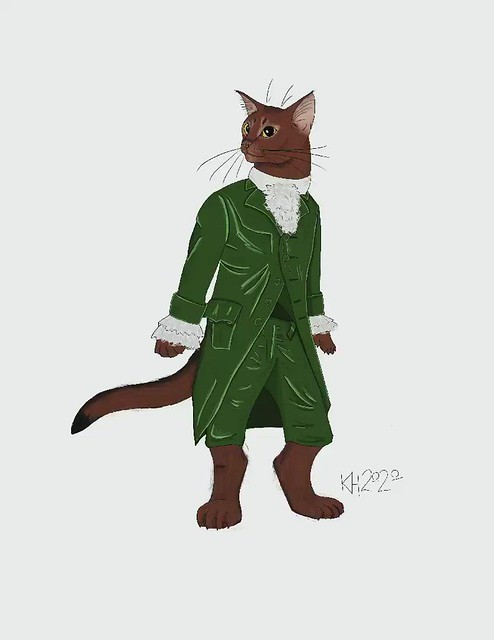 And, just because I can, I saved the video of the whole Procreate process for anyone who’s interested. Click on the above image to watch the magic happen in Flickr.