Today is Dashiell’s second birthday, and of course he got the usual cat food cake. He was a lot less intimidated by the flame than he was last year. 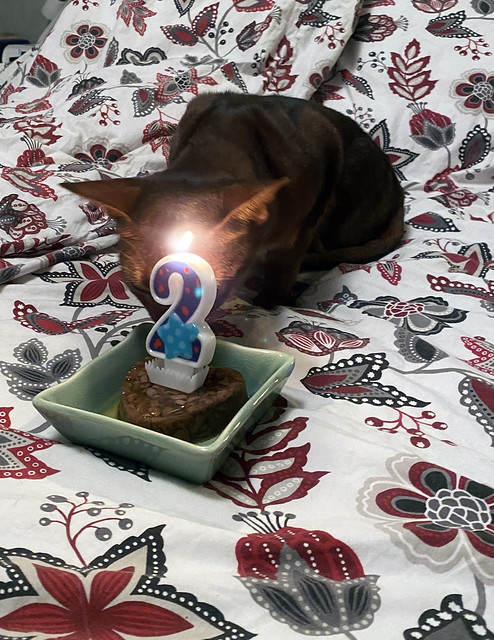 If anything, he was almost too unintimidated. We were afraid he was going to singe his ears! 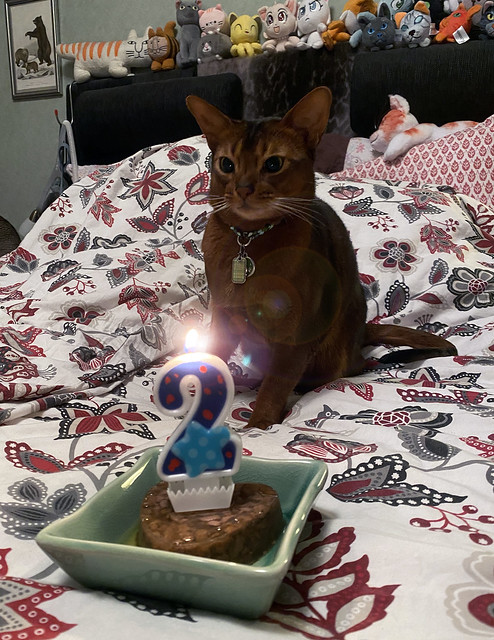 We gave him his cake in the bedroom, for two reasons: one, he was already on the bed and he feels secure in there; and two, to protect the other cats from trying to eat his cake before he had a chance to even sniff it (and by “other cats,” I mean Alfred). 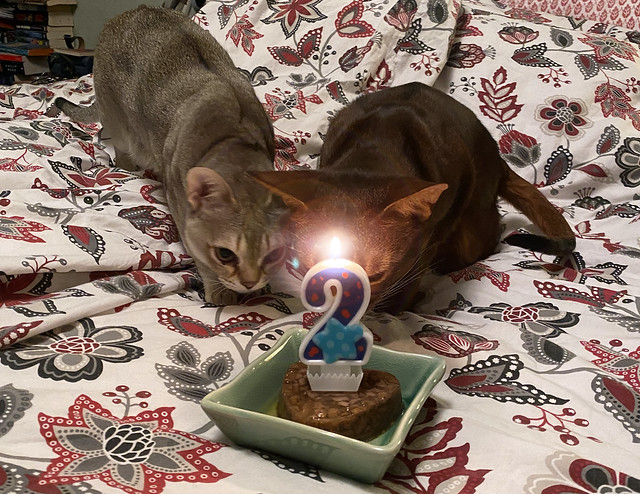 Izaak, however, insisted on being with Dash for moral support. I reckoned that was okay, because Zak doesn’t really like regular wet cat food. 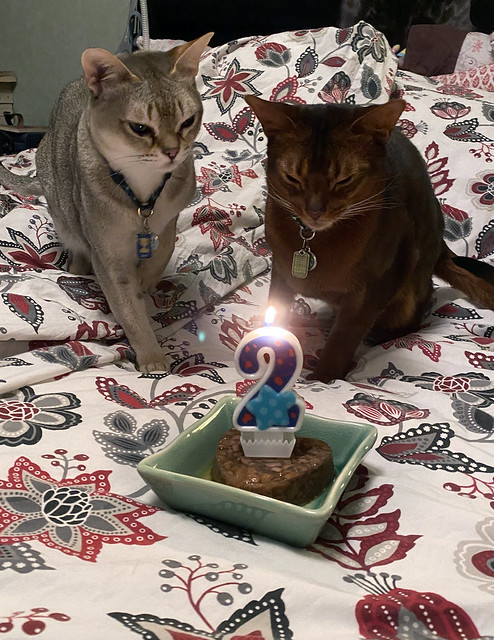 So Dash got to celebrate with his best friend. 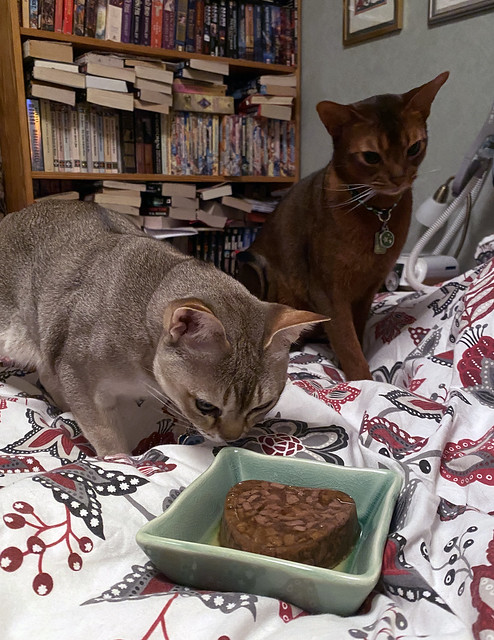 Zak did check out the food…but once he sniffed it, he retreated, uninterested. Maybe he’ll change his mind in three weeks when it’s his birthday. 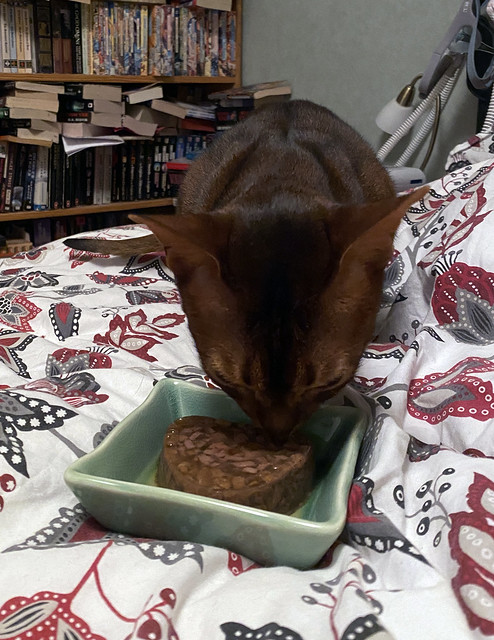