So, as you saw yesterday, we finally got a little bit of snow. 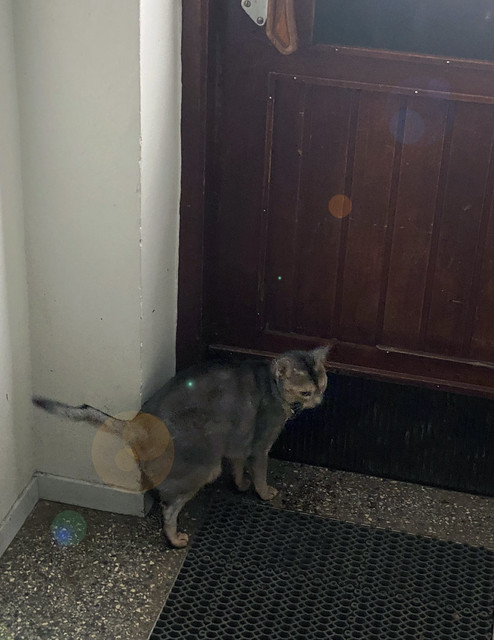 Alfred, along with Lorelai and Izaak (who haven’t been outside in forever) were eager to get out, even if there was snow on the ground. 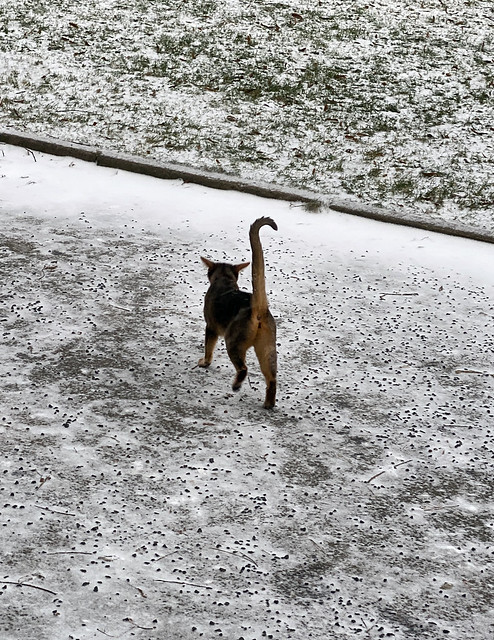 Rory, of course, burst out the door. She never seems to feel the cold at all. 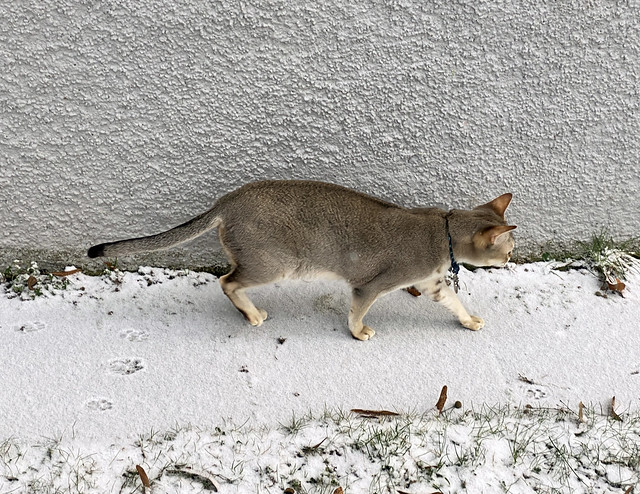 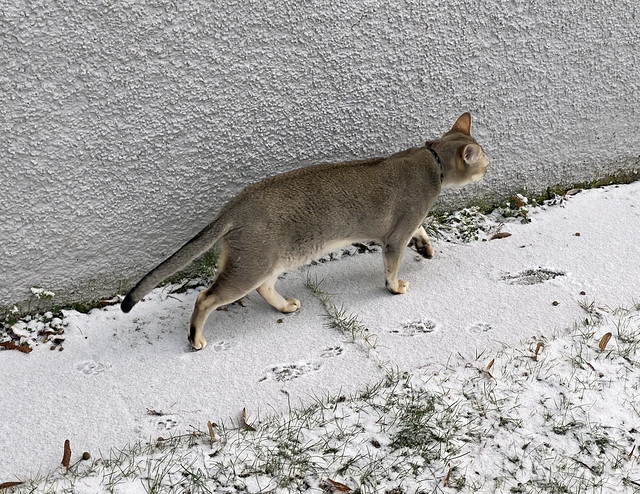 Zak was happy to be outside, but he wasn’t happy about the cold. He mostly stuck close to the building. 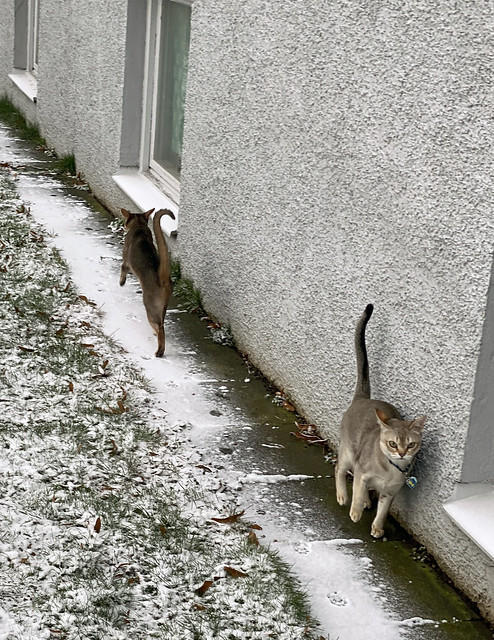 You can see the difference in their happiness about being out. 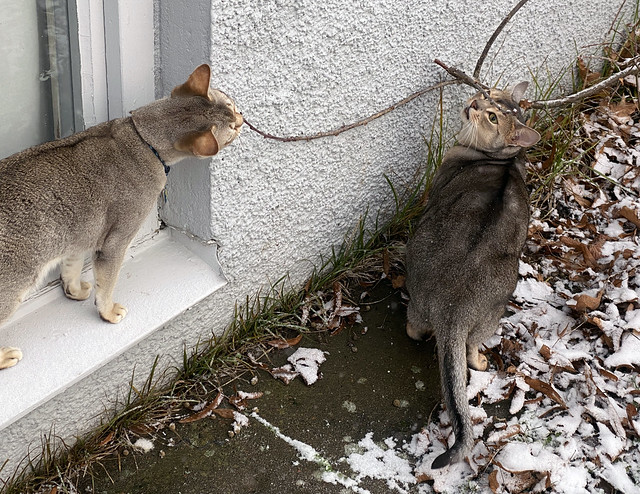 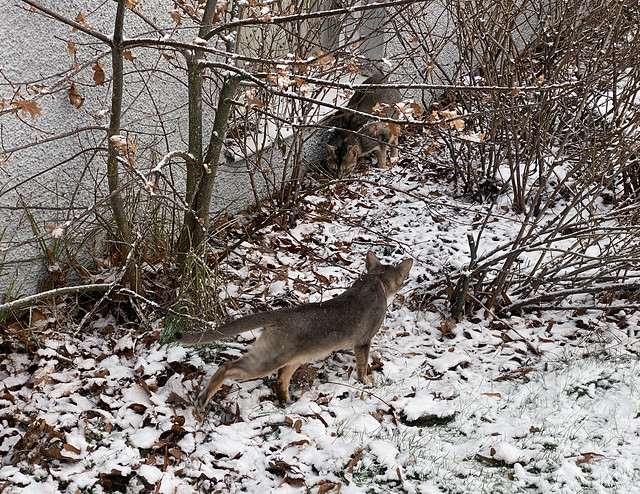 Freddy immediately went around back to check out his bush. There wasn’t much to check out. 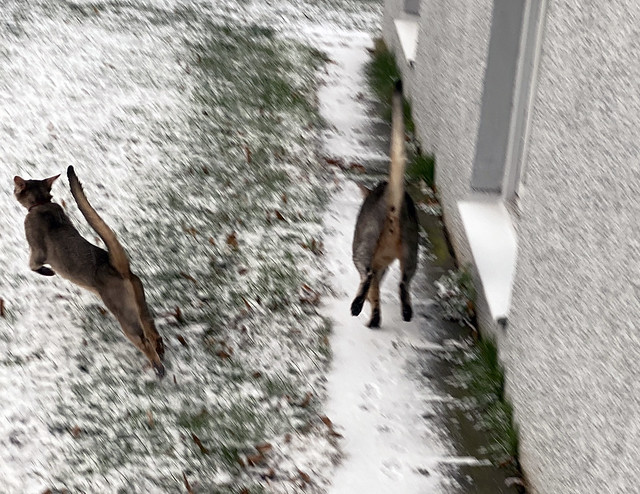 At one point, Rory couldn’t hold it in anymore, and she burst off in her signature flying joyful bound. 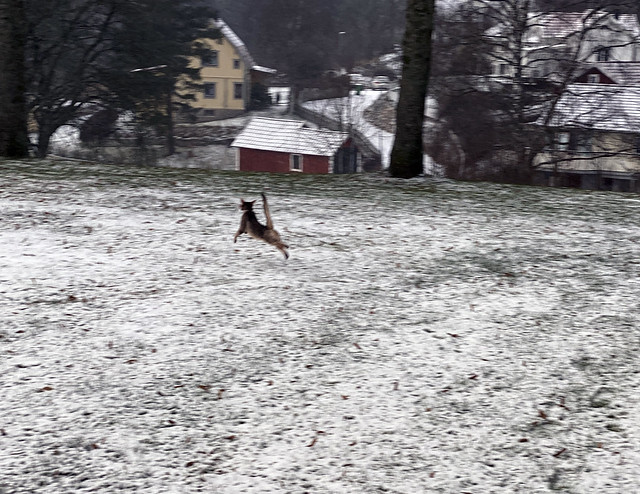 Look at her go! It doesn’t matter if it’s cold and snow-covered or the hottest day of summer…she loves to run outside. 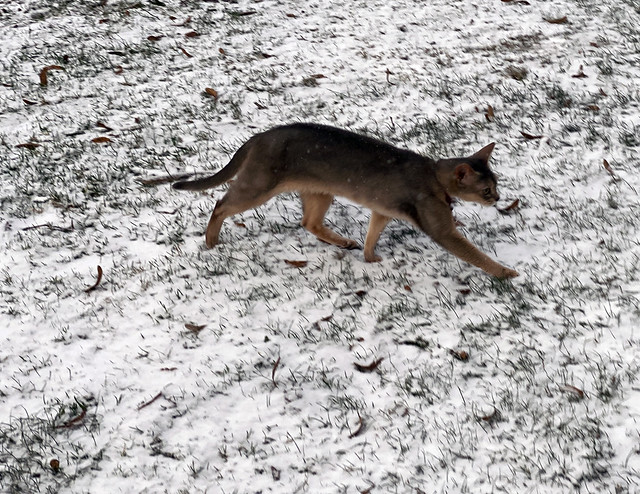 Eventually, she came trotting back to the shelter of the building. 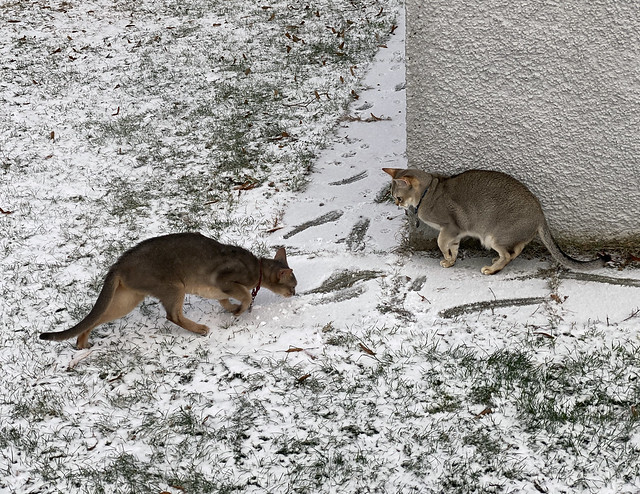 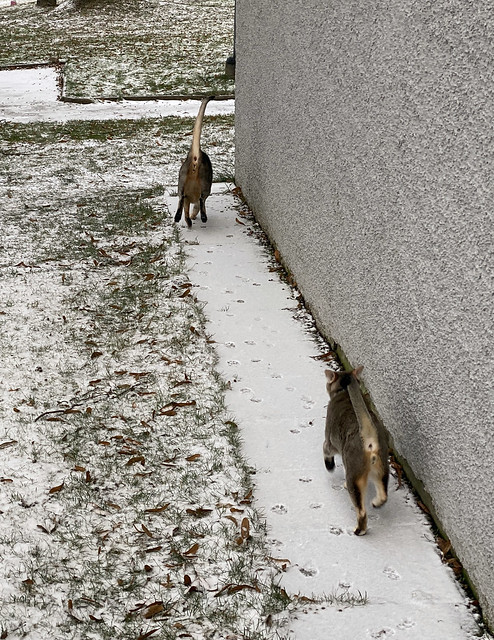 Freddy also took off in his goofy gallop, and Zak followed behind him. 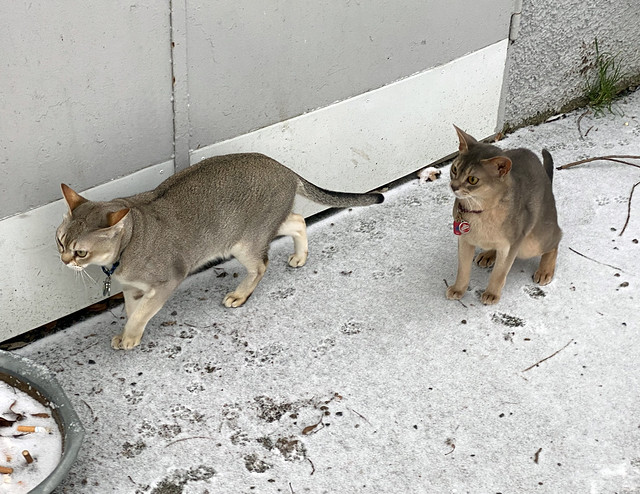 We didn’t stay outside for very long, because it was breezy and felt colder than the -2°C that it actually was. 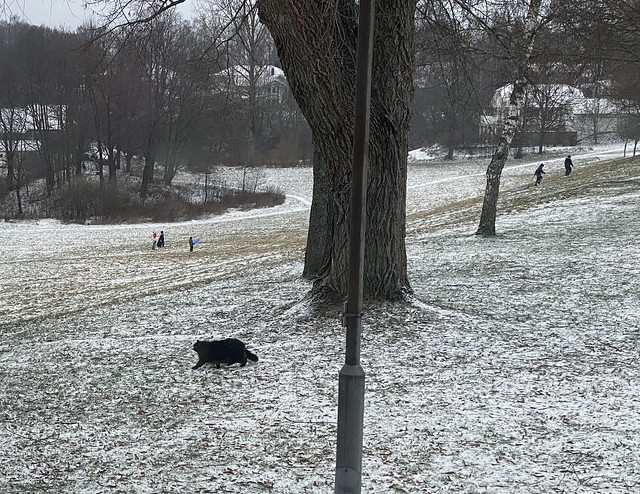 Markis was also outside enjoying the snow. 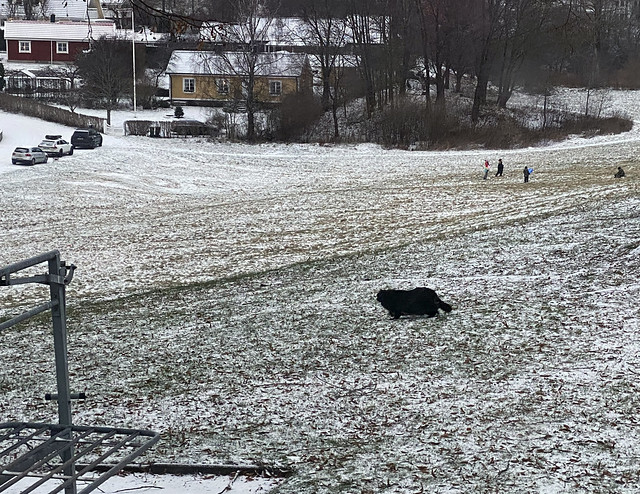 As were the neighbourhood children. Despite there being barely enough snow to cover the grass, they were all out there sliding down our hill.