Four years ago, Björn, Jacoby and I were at our first (and Jake’s only) CFA show in Region 9 (Europe). There in only one CFA show in Sweden annually, and it’s inconveniently located and so close to the beloved Örebro show, so we only entered it the one time. 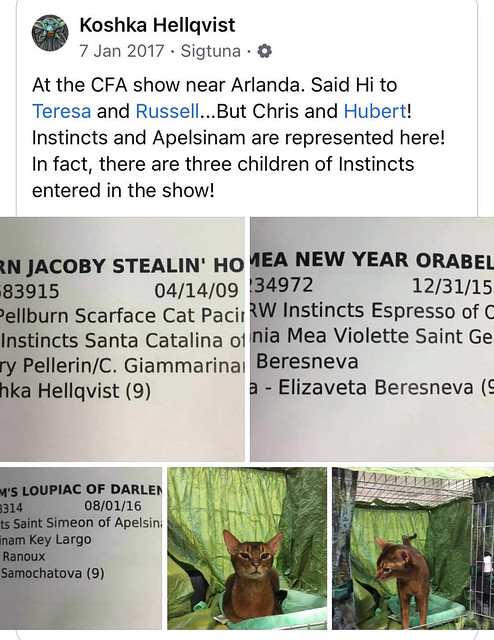 It was fun, though, and Jake really enjoyed himself. He always preferred CFA’s format to FIFe’s. And, entered in the show, were three Abyssinians descended from Instincts cats. 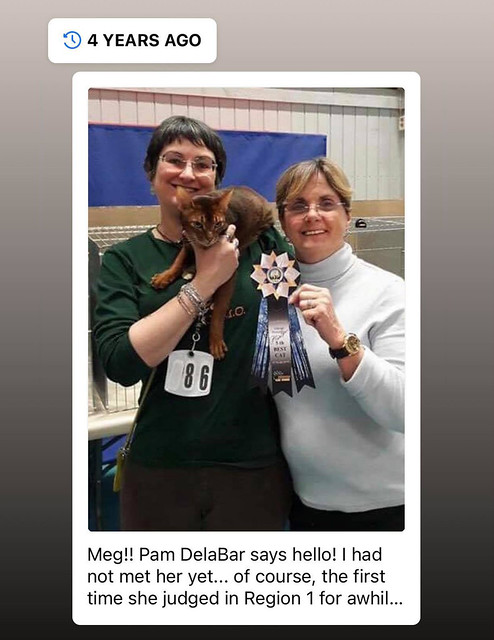 It was fun to see old friends again. Pam DeLaBar, a CFA judge, is also another American expat living in Finland. 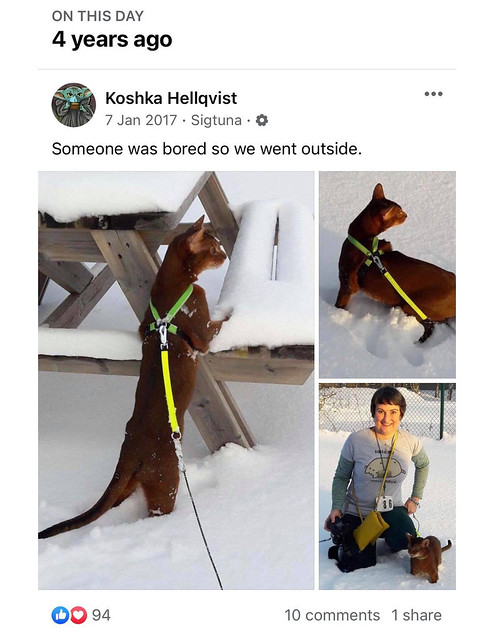 There was also a lot of snow. When Jake started getting bored, we went out and played in it. 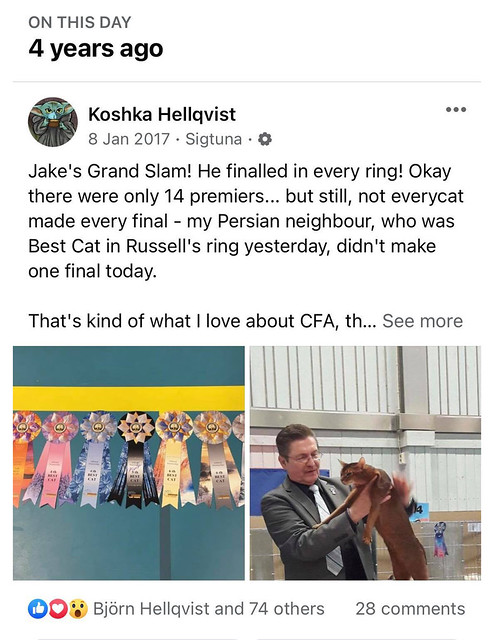 This show was also the only show where Jake finalled in every ring. There were only nineteen cats entered in Premiership, and, interestingly, they were almost all older than five years. It was a fun time…even though the rosettes were printed on cardboard. 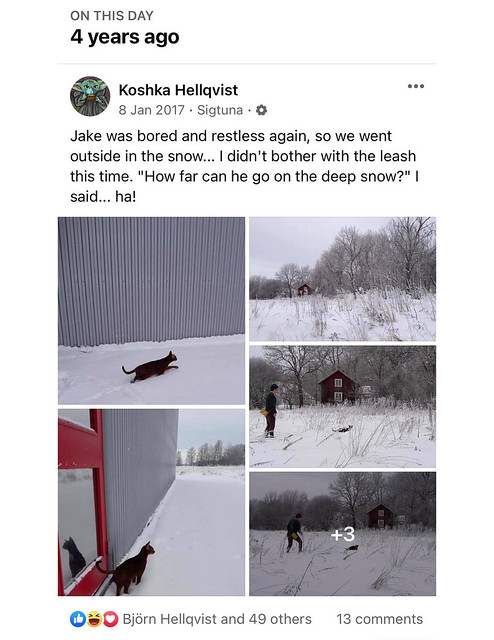 We went outside again on Sunday to play in the snow. This time, I didn’t bother to put Jake on his leash. He went on a bit of a walkabout before I was able to catch him!