Since I posted last week, we’ve had a bit more snow here. I took the cats outside again on Tuesday; it was actually rather warm and the snow was perfect and not too wet or icy. 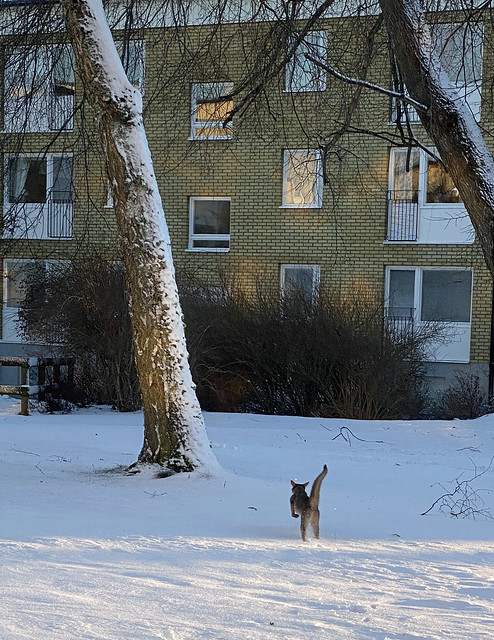 Lorelai, of course, went pelting off into the whiteness. 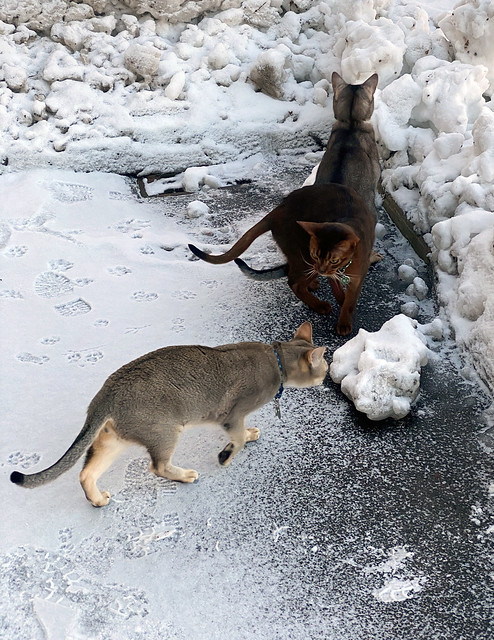 The boys, however, were less enthusiastic (and yes, I made Dashiell come out with us). 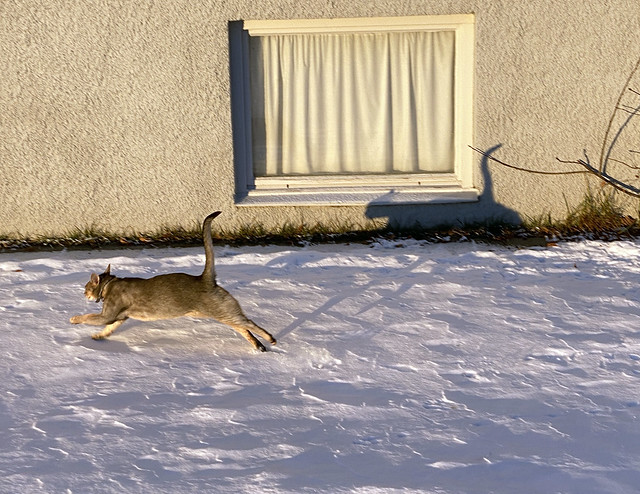 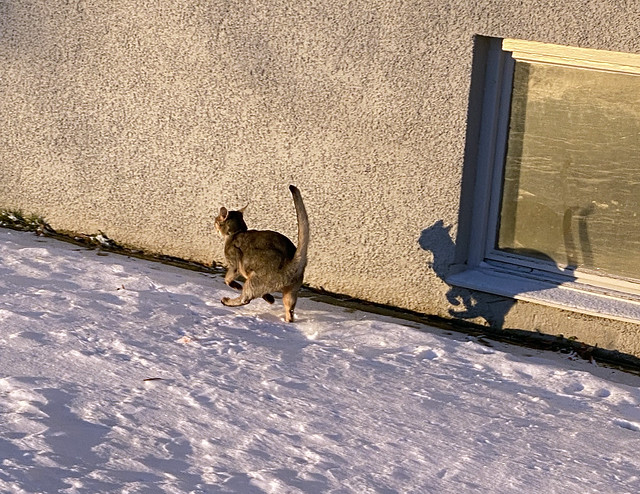 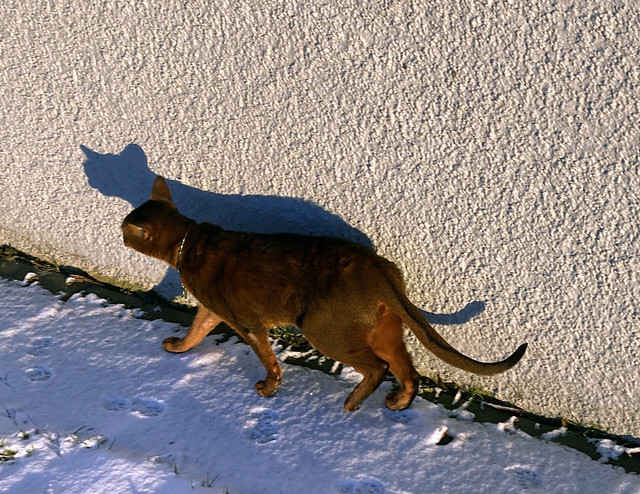 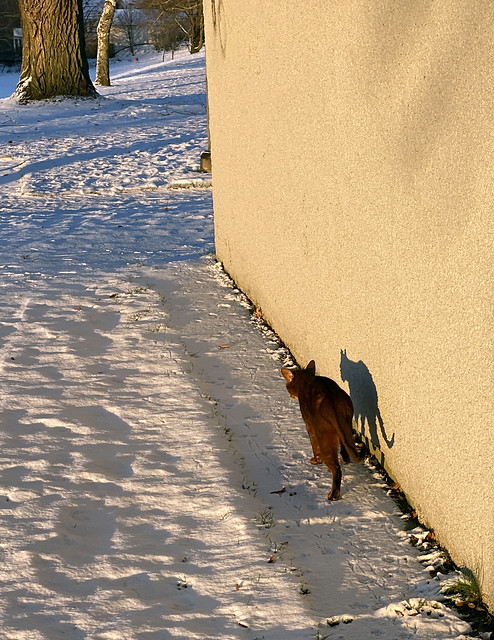 Dash even took a little walk around the building. 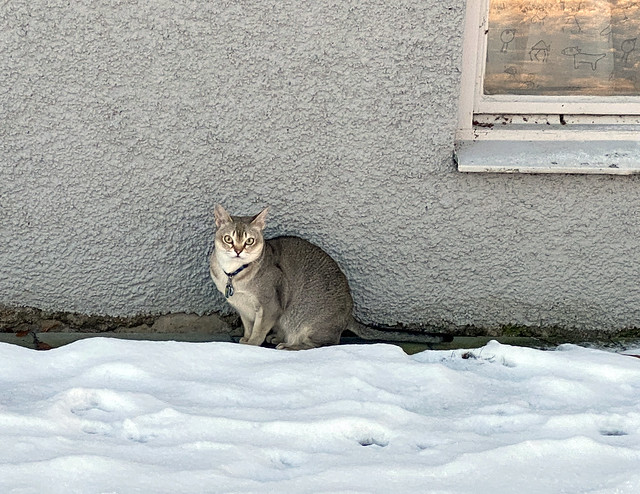 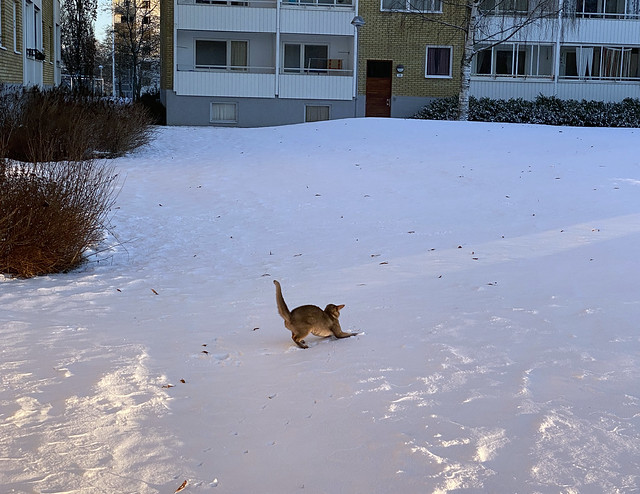 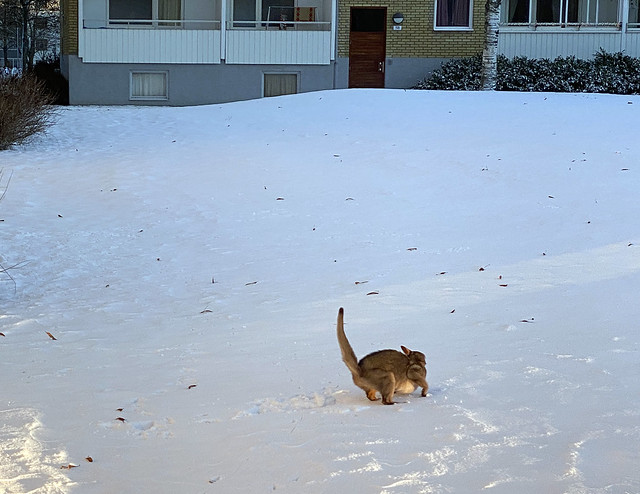 Rory, on the other hand, was playing with the snow. 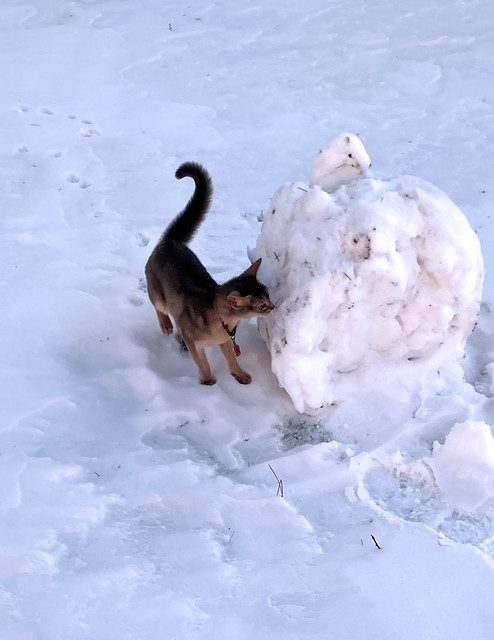 She was having so much fun out there. 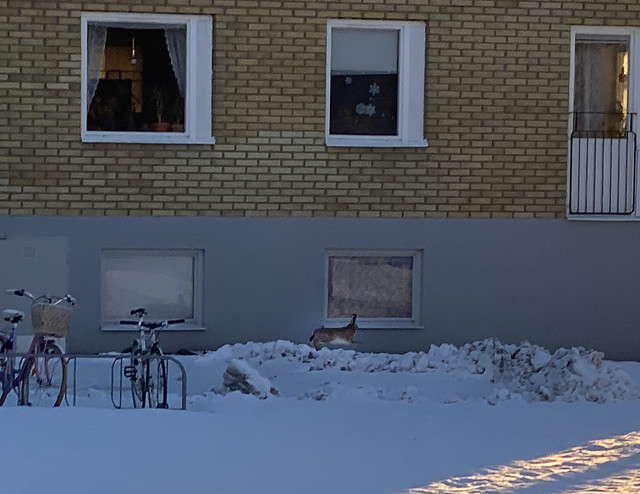 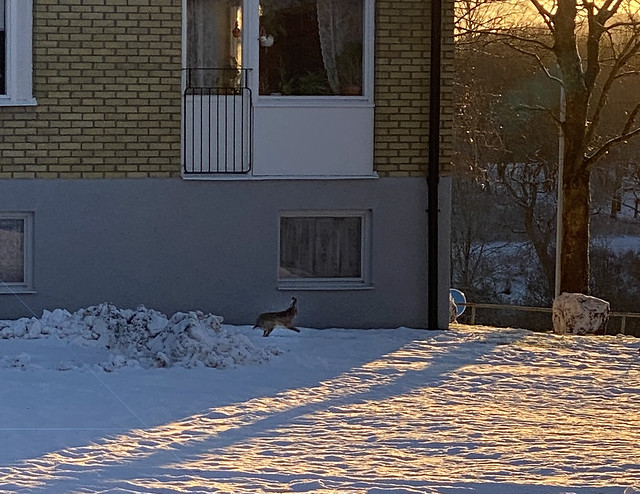 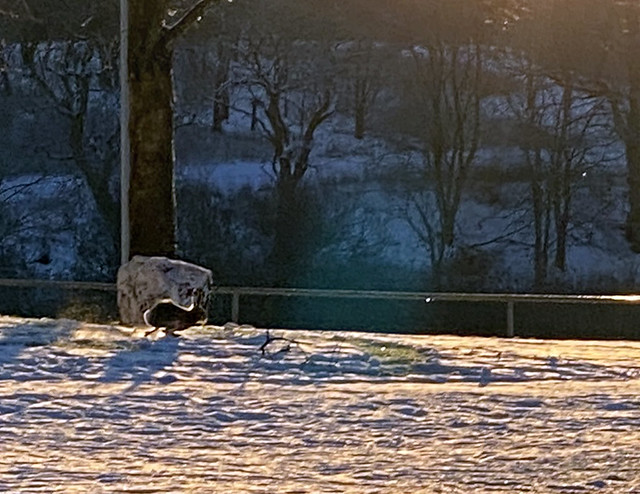 One cool thing happened, though. Watching Rory run, I saw some movement in the background. At first I thought it was Freddy, but it was a hare! I wish one of the cats had seen it, though. I’d love to see what their reaction would be!