The best thing to come out of the Presidential Inauguration on Wednesday (apart from the obvious, of course), was this image of Vermont Senator Bernie Sanders in full-on New England winter gear, including mittens made from recycled materials by one of his constituents. The minute the cameras turned on Bernie, Twitter and the internet went berserk (in a good way). 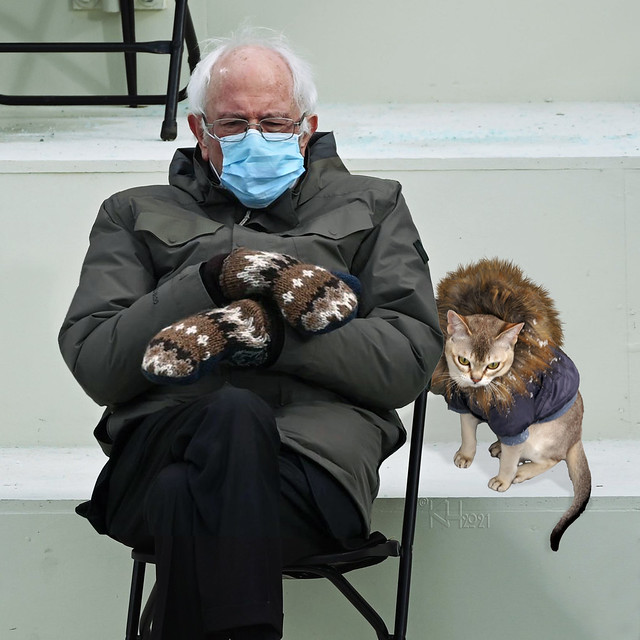 When I saw Bernie, the first thing I thought of was Logan in his coat. I thought maybe Bernie just needed some company at the Inauguration. 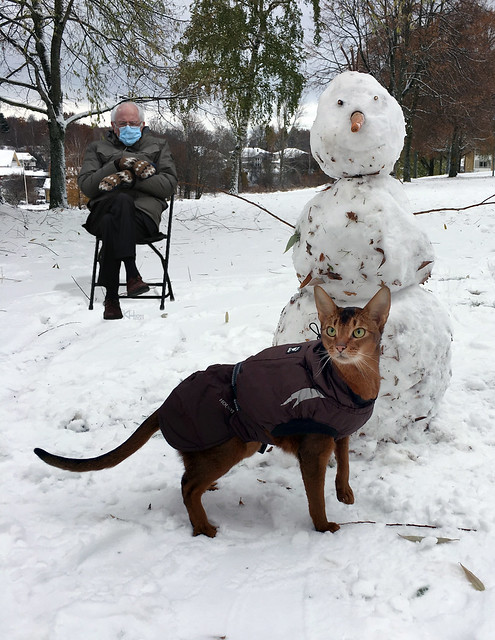 But then I realised that the real meme is more about putting Bernie in places, including practically any place on Earth. So…Here’s Bernie sitting in my front yard, watching Jacoby and Olaf. 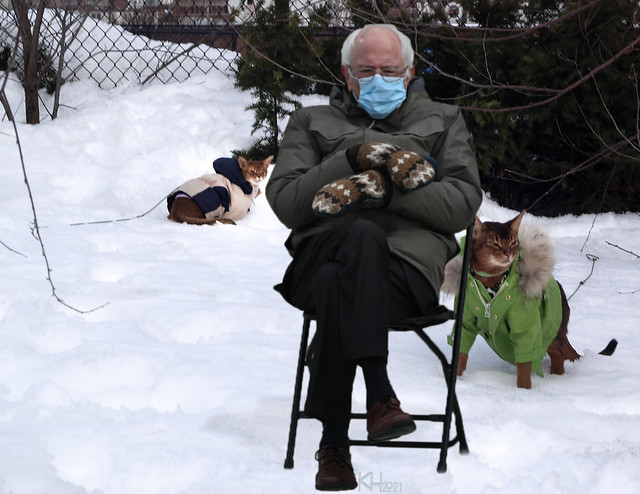 Bernie loves him some Social Democracy, but maybe Sweden’s a little too far away for him to commute from his day job. Better keep him in New England. He seems like he’d enjoy Rolling Bridge Park. And if you were wondering what Bernie’s reaction is to all this, Seth Myers asked him about that, and here’s what he had to say.