These photos are from May 2017. Before Logan died, we had entered him in a cat show in Göteborg. Since we had already paid for the entry, we took Jacoby instead. But he was not allowed into the show because the entry staff misread his vaccination records (they said he wasn’t up to date on his jabs, but he was). It was the same trip where Jake explored Göteborg’s future. 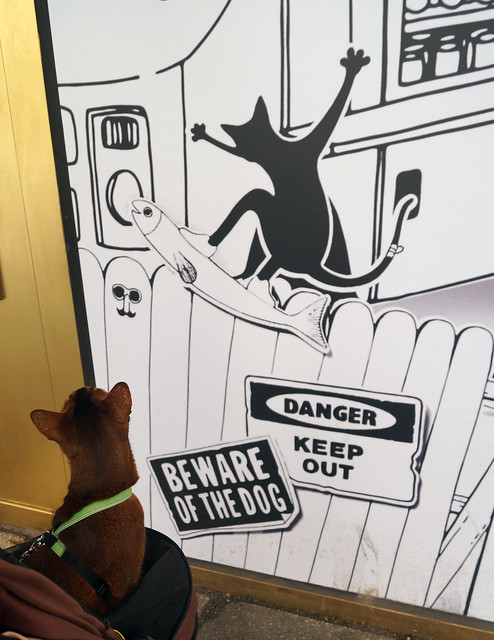 So, we went for a walk around Göteborg with Jake. At Östra Larmgatan 13, we found an interesting black and white mural. 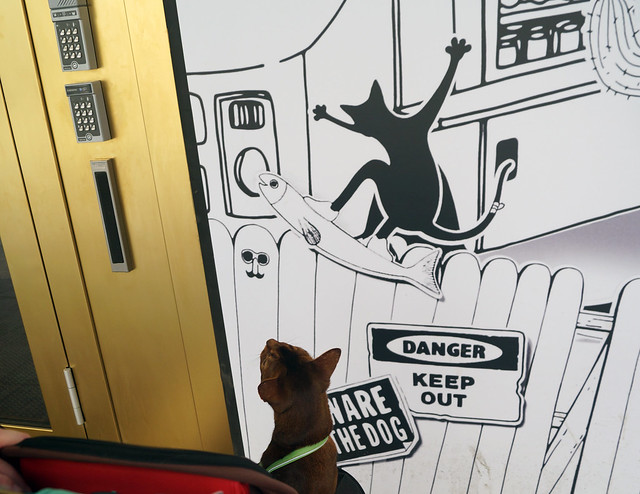 We were particularly enchanted by this cat surfing/skateboarding on a fish. 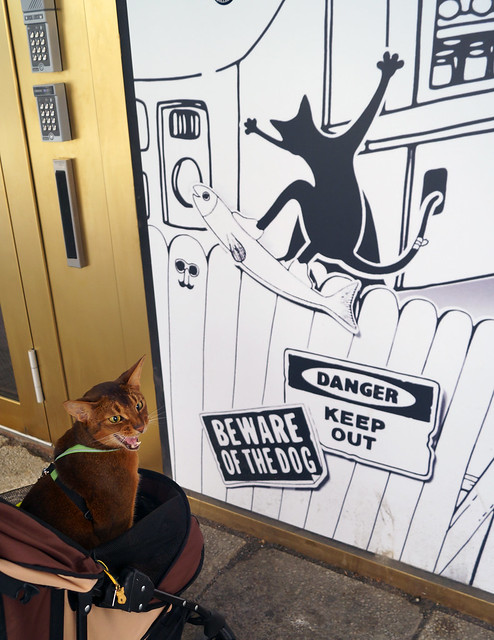 This is the whole mural – it’s actually a celebration of the 50th anniversary of Vans shoes! (Photo from Google Earth)