A few months ago, Dashiell started over grooming himself. We think Lorelai being in heat may be stressing him out on some level, although their interactions are fairly normal and they play chasing games along with Izaak and Alfred every day. 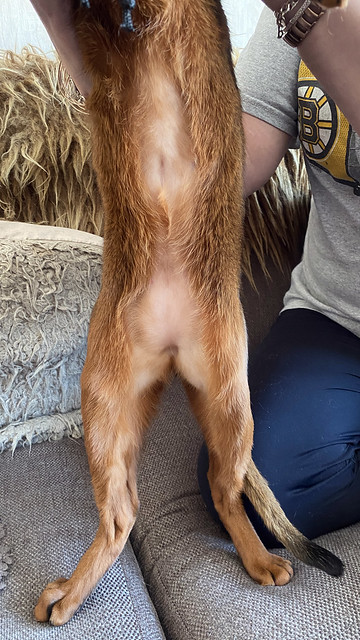 He started in on his belly. I tried giving him Amitriptyline (which I had on hand for Angel in case she has urinary issues), but the process of catching him and getting the pill down his throat once a day seemed to only cause him more stress, which seemed to defeat the purpose. Same with spraying his belly with Bitter Apple, plus I ended up getting the stuff on me, too (FWIW, it really does taste vile). 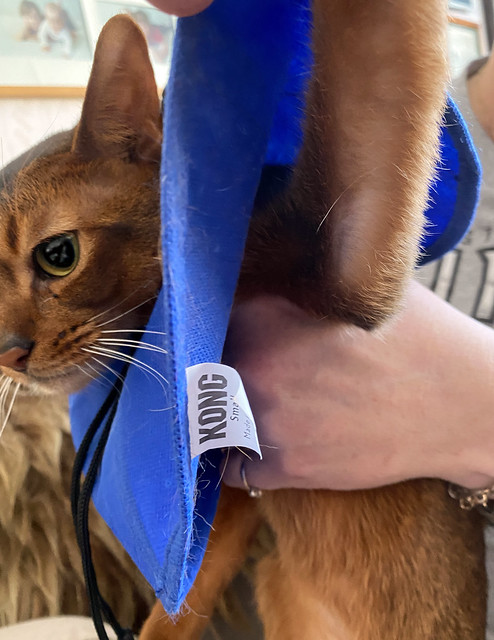 I also tried the ThunderShirt, but he just over groomed parts of his body the shirt didn’t cover, like his arms. 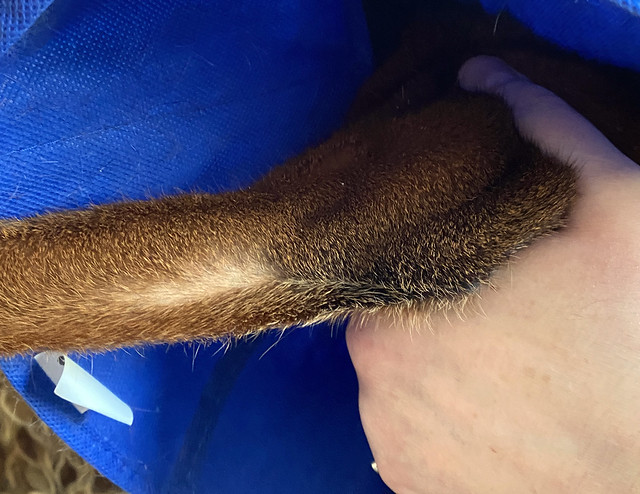 After careful observation, I determined his over grooming wasn’t likely caused by internal belly pain (when Tessie over groomed her belly, it turned out she was constipated and she was trying to make it feel better), especially after he started in on his arms. Out of ideas, I asked on my new Facebook Aby/Somali group, and several people suggested I try Zylkene, which is given as a powder in food. Dash’s licking lessened after a week or so, but it didn’t stop completely. 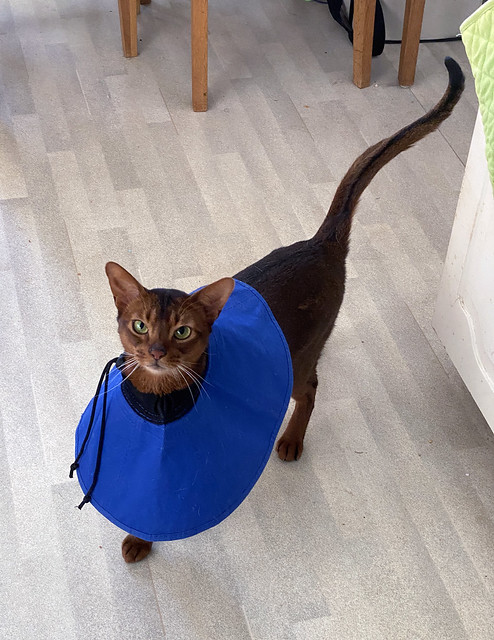 Zylkene takes a few months to really take effect, according to other Aby owners who have used it, so I added the cone of shame, which he tolerates quite well. He isn’t able to reach the places he was over grooming, but he can wash the bits he needs to. I put his cone on upside-down, like a cape; Dr. Natalie at South Boston Animal Hospital suggested that for Tessie, so the cone would bother her less and to avoid whisker fatigue. He’s been wearing the cone for a few days now, and I think we’re finally getting some results!