We’re skipping Cartoon Tuesday this week because I just got the most awesome movie today. How to Break Up With My Cat is a lovely Korean movie that stars an Abyssinian. It’s a romance between a travel magazine writer who owns an eight year old Abyssinian and a sushi chef in training…who can talk to cats and see their souls. I don’t want to give too much away because when I watched it I didn’t know anything about it besides it starred and Aby, and discovering what was going on was magical. 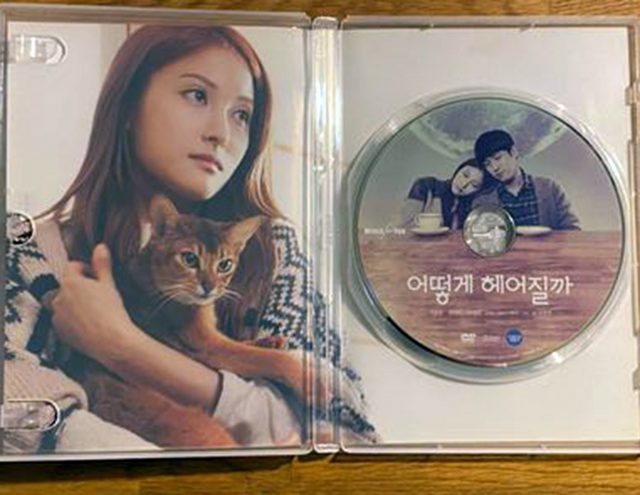 This is the inside of the DVD. I love it so much. The main cat star is a ruddy Aby, but the film also featured a bohemian white Scottish Fold and a blue Aby boy kitten. It is a very satisfying movie for Aby people.

Here’s the trailer…if you love Abys, you need to see this.