As I mentioned , Lorelai’s most recent “boyfriend” has been neutered…but she’s in heat again. And we don’t have a new boy for her arranged yet. 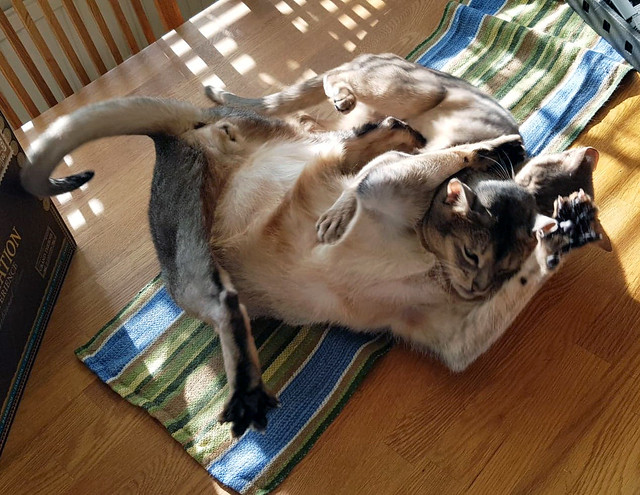 So Rory has been accosting…erm…Alfred, for some reason. Björn captured this the other day. 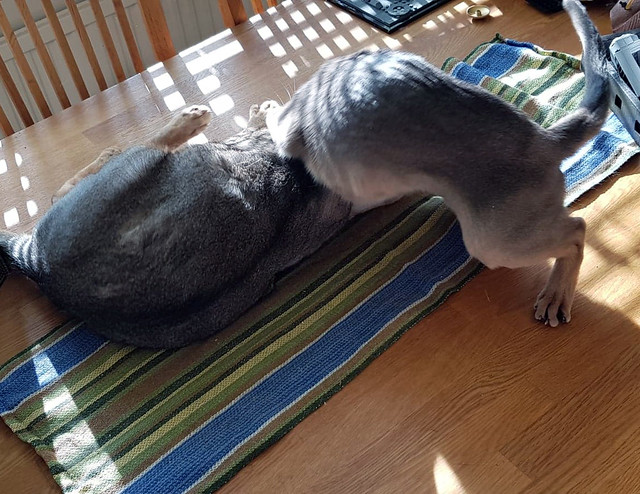 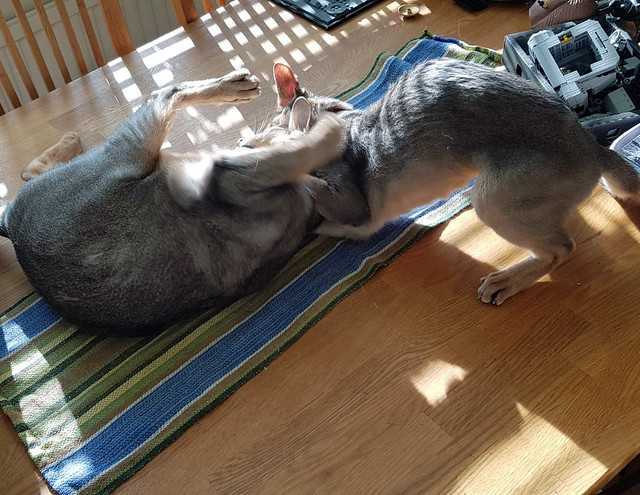 And she got him in a pretty decent headlock, too. Do not underestimate the power of a female. 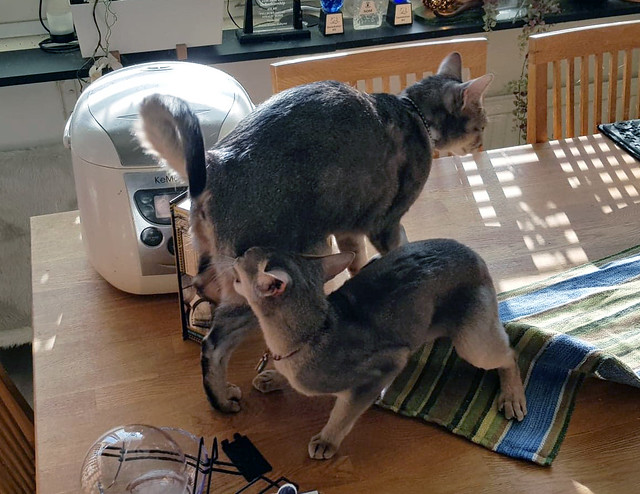 When he tried to escape, Rory bit him in the back leg. 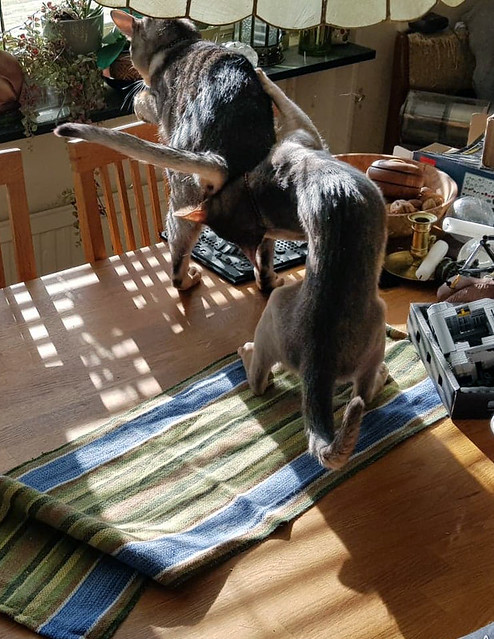 Rory..? Maybe try hitting on the one boy who isn’t permanently castrated?