Today it was a balmy 10°C (50°F), so I thought I would take the cats out. Lorelai was on a leash again, but I attached Alfred’s leash to hers, so it was twice as long. 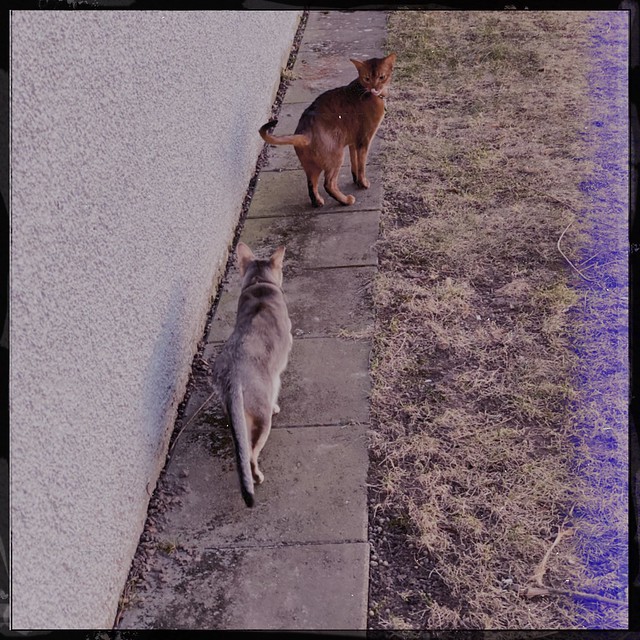 I managed to get Dashiell to come out with us too. He’s gotten so little exposure to things: trains, buses, cat shows…and just being outside because of the pandemic. I do the best I can to get him outside, though. 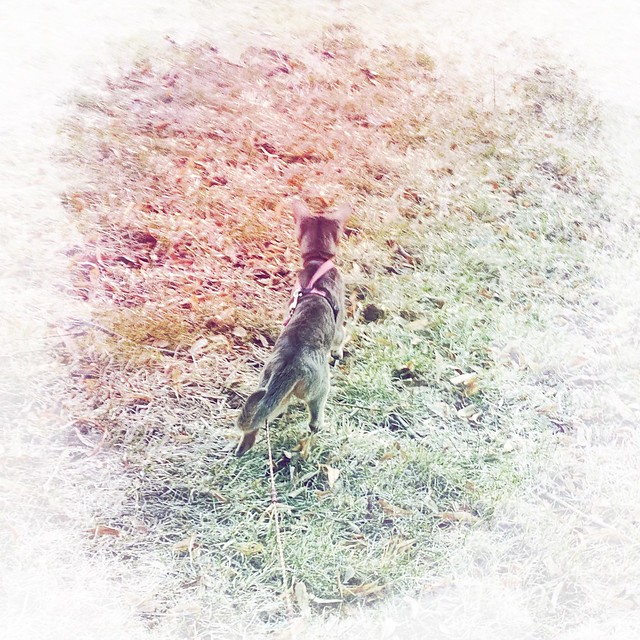 Rory, of course, was eager to run down the hill, but the leash sort of put a damper on that plan. 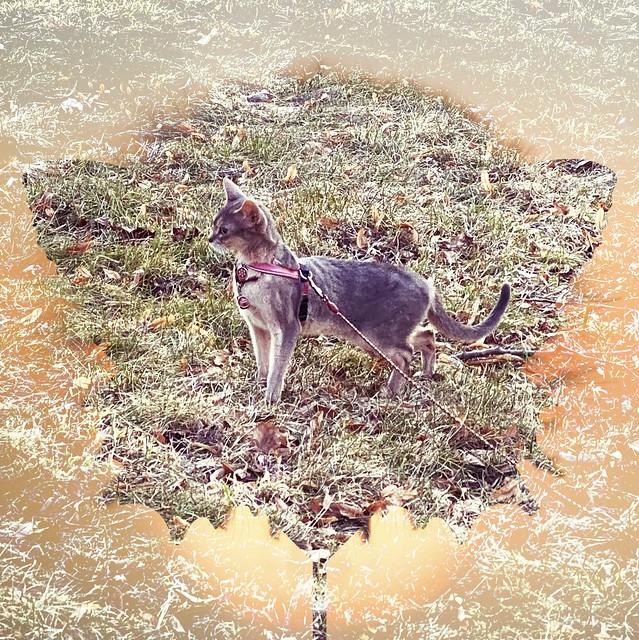 Maybe next time I’ll attach a third leash so she can go farther. 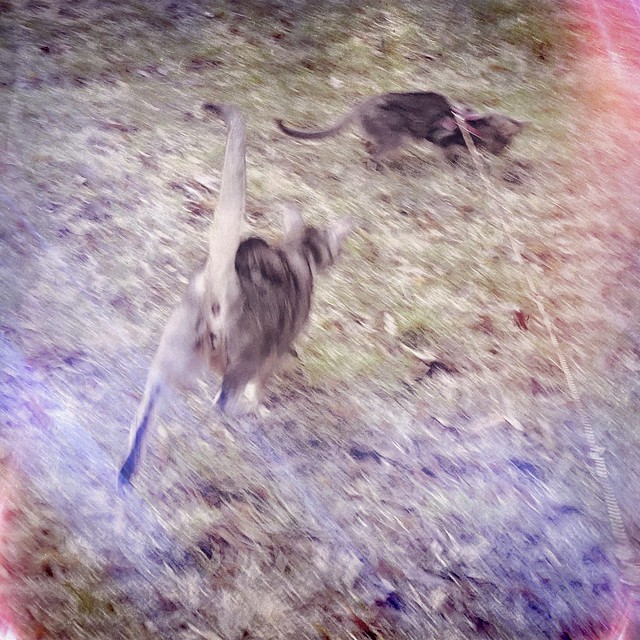 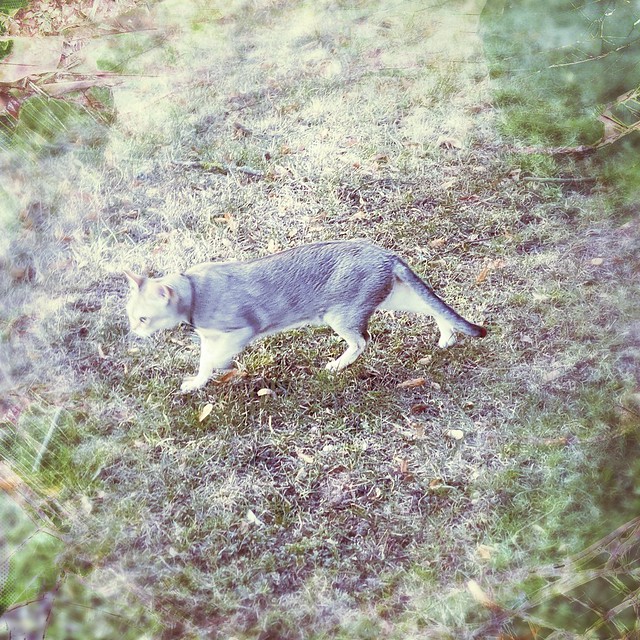 Izaak came swaggering over, too. 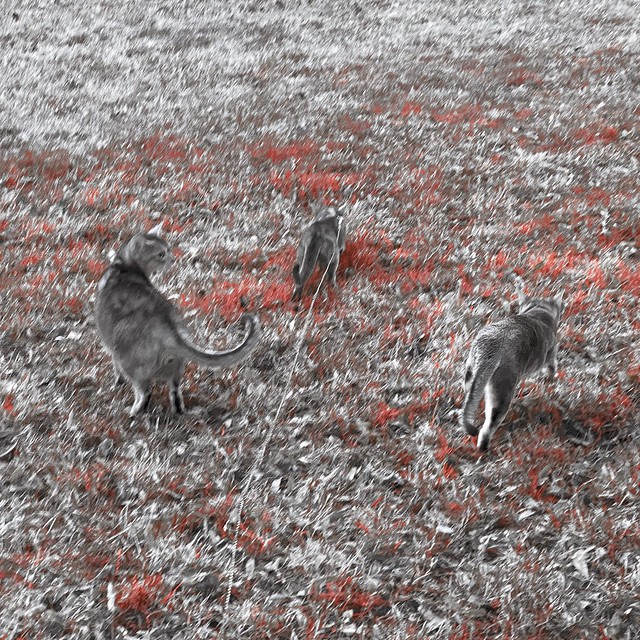 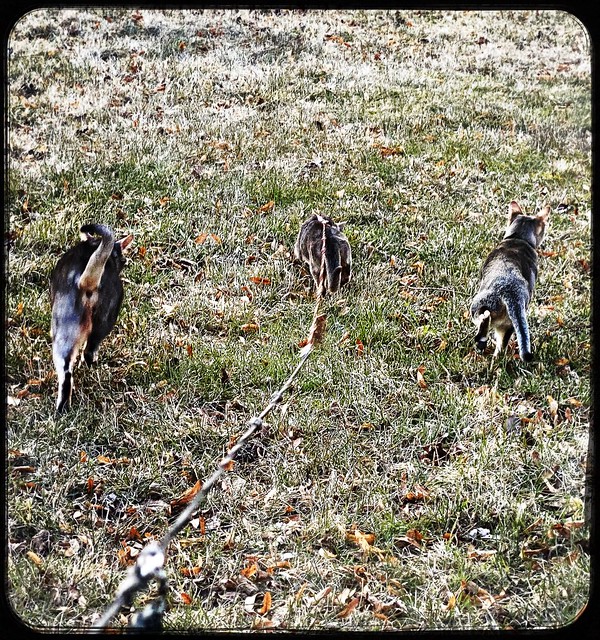 Look at them. The Three Musketeers. 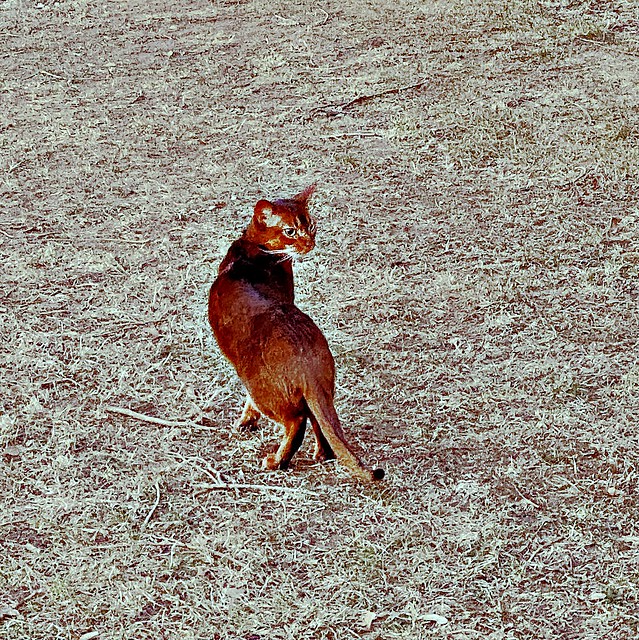 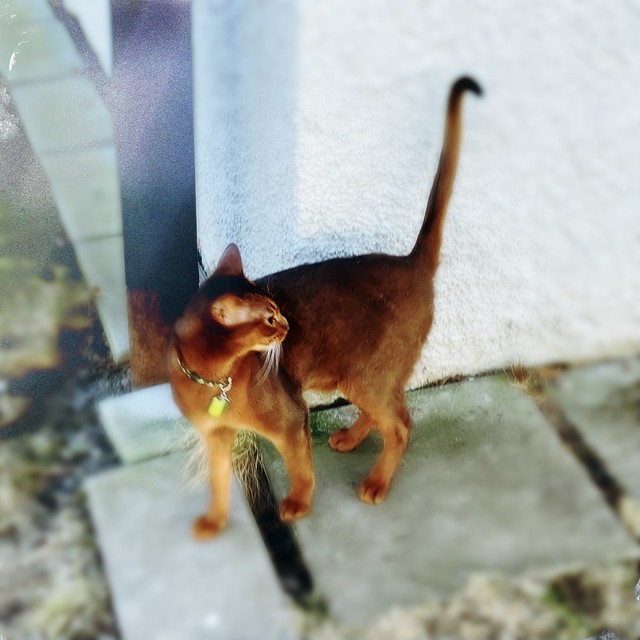 Dash did pretty well outside. At least, he had a happy tail. 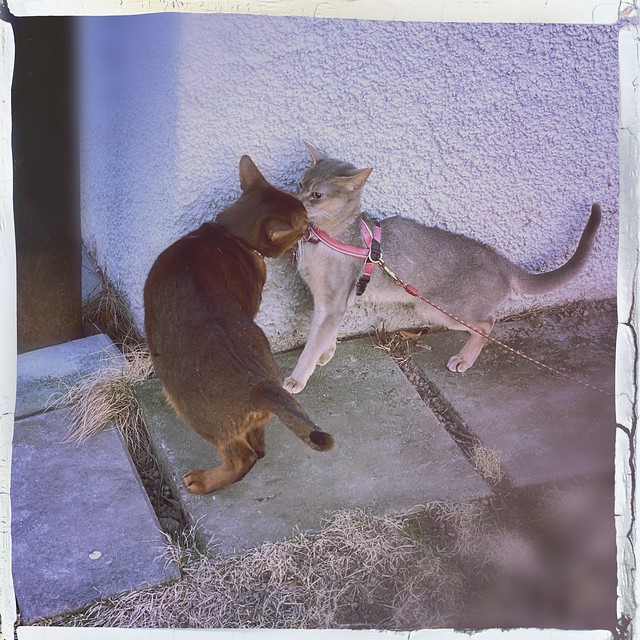 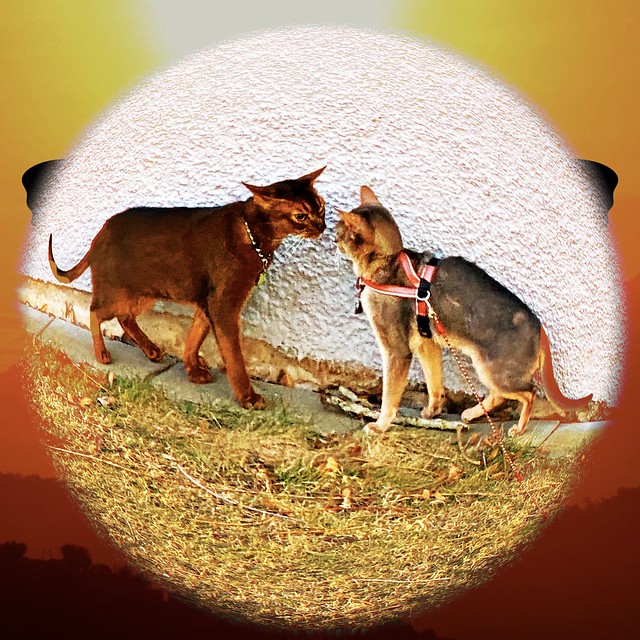 Dash and Rory have a sort of bond, being the two youngest cats. 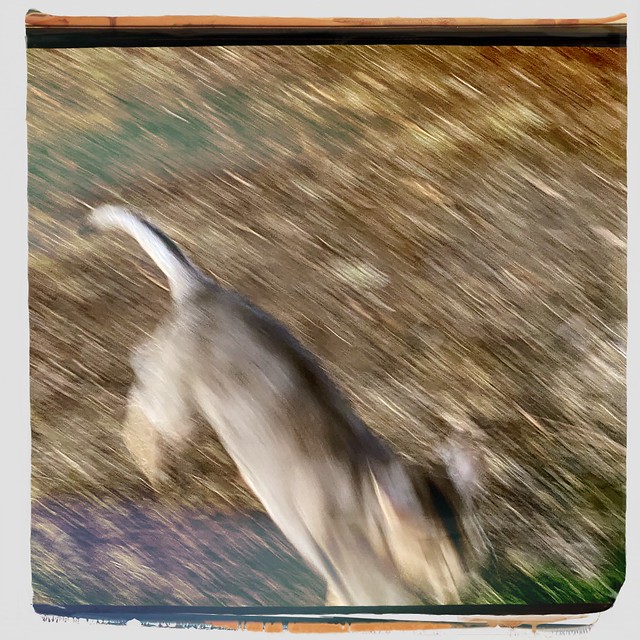 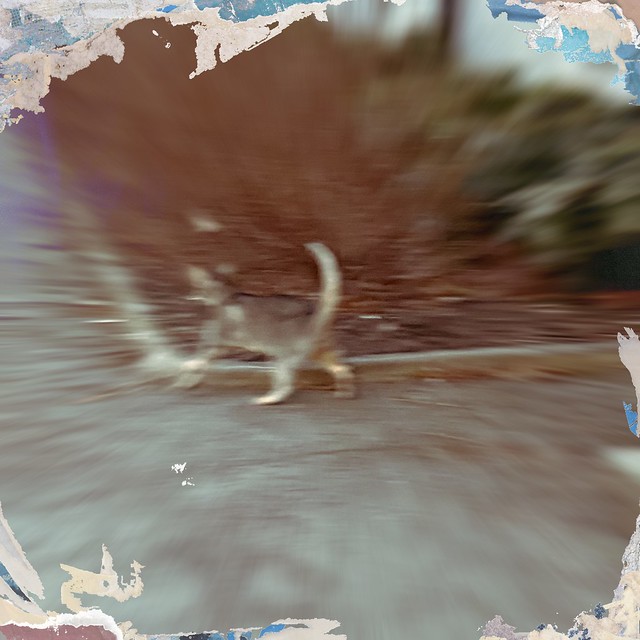 Freddy had an awesome time running around. At over 5 kg (11 lbs)…he needs to run a bit. 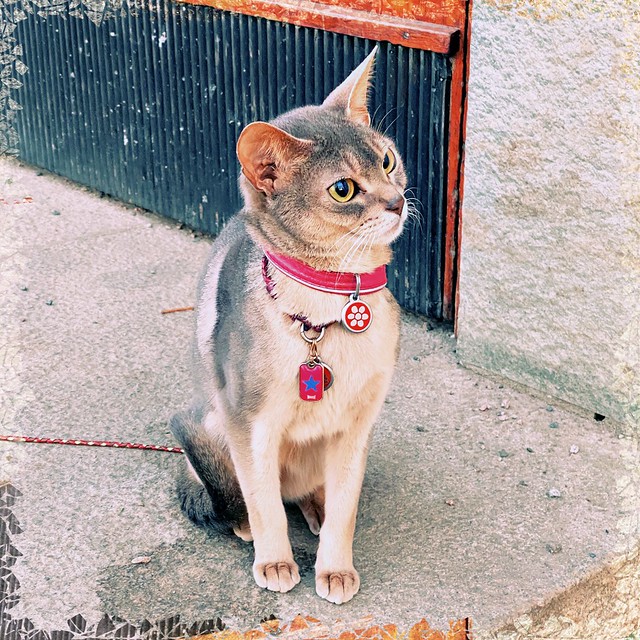 It’s nice to go outside with the cats. It’s kind of nice to go anywhere with them, to be honest.