I entered Dashiell, Lorelai and Izaak in the Garden State Cat Club Virtual Show a couple of weeks ago, and the finals were announced earlier this week. Today, we have the Abyssinian finals. Rory got the highest final: SECOND BEST in Kenny Currle’s ring!

You can see his assessment of Rory on YouTube starting at 5:06. 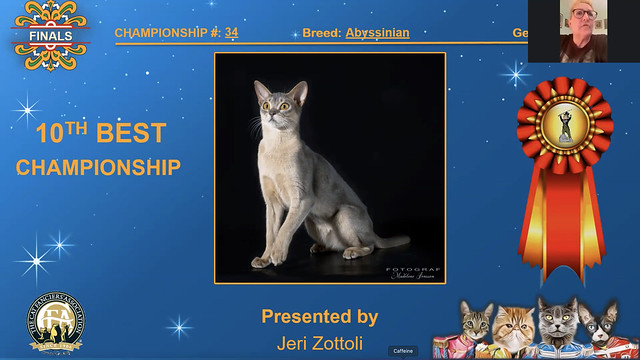 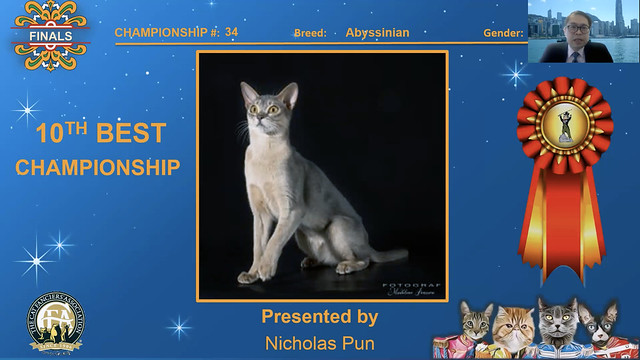 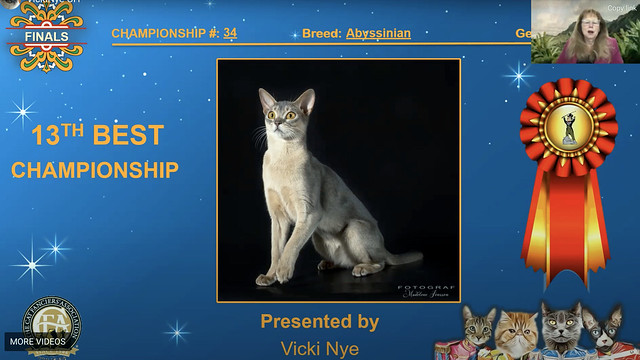 Here’s what Vicki had to say about Rory starting at 1:37. 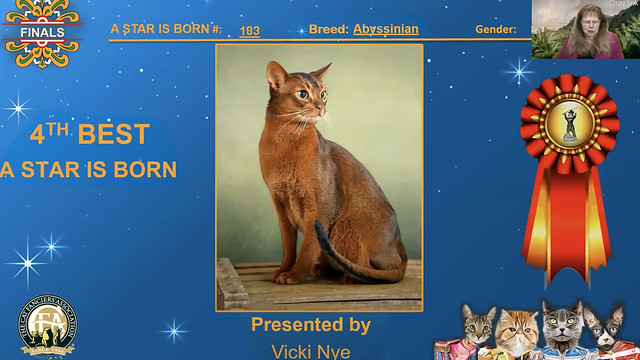 They had a special class for cats who were never shown because of the pandemic called “A Star is Born.” Vicki gave him 4th Best in her ring.

This is was Vicki thought about Dash, starting at 5:56. 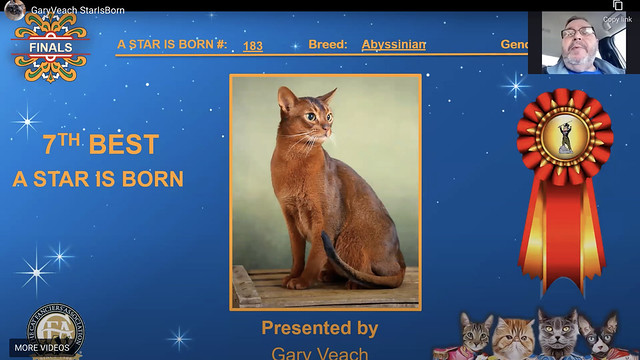 Dash was 7th Best in Gary Veach’s ring, just ahead of his nephew Max! Max also finalled in some of the rings that Dash didn’t.

You can watch Gary’s commentary on both Max and Dash here starting at 4:34. Tomorrow, we’ll see how Zak did in the show.