Björn bought some really nice bratwurst and had it for breakfast yesterday. 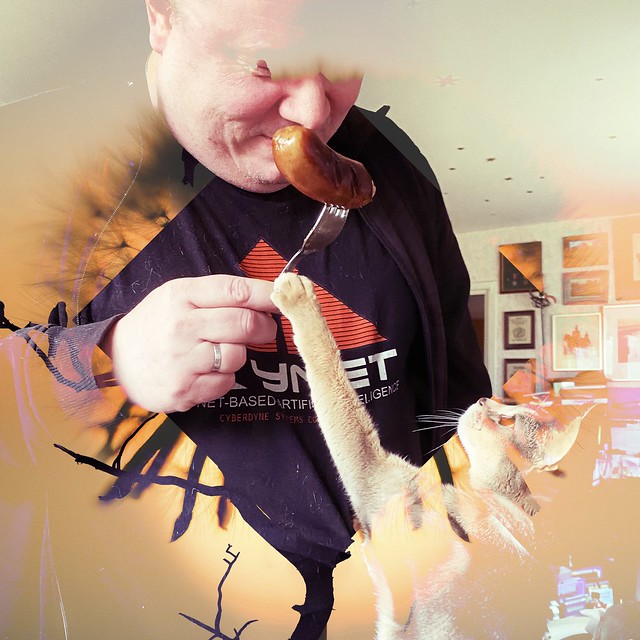 A certain little girl was very interested in the brat on Björn’s fork. 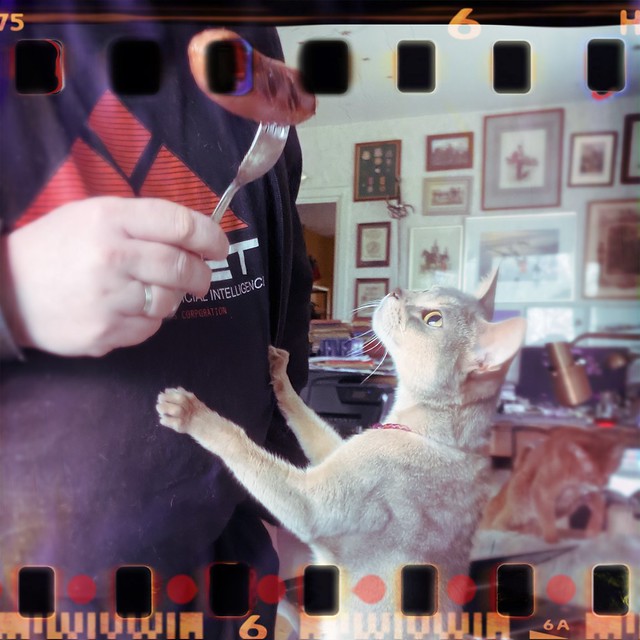 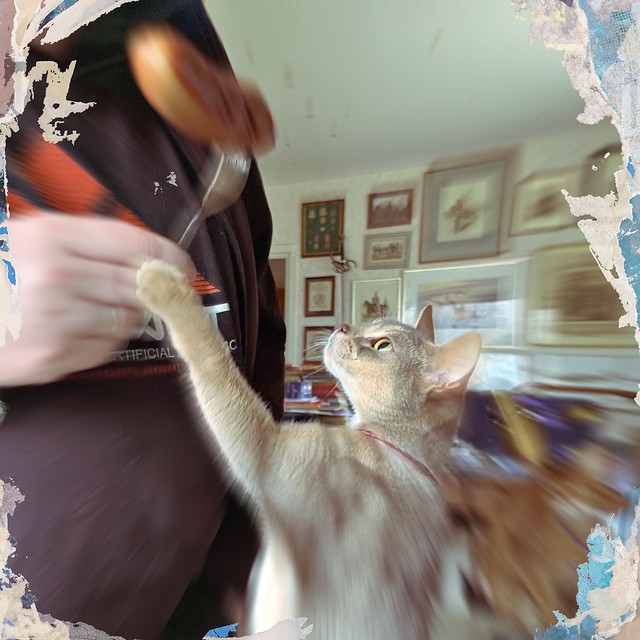 This was actually pretty unusual for Lorelai; she’s big on raw meat when we’re cutting it up for cooking, but she’s not usually so grabby when it comes to cooked food. 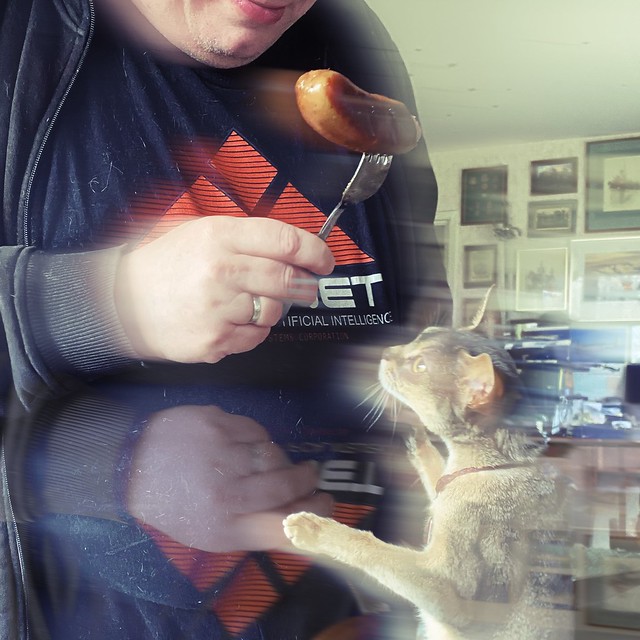 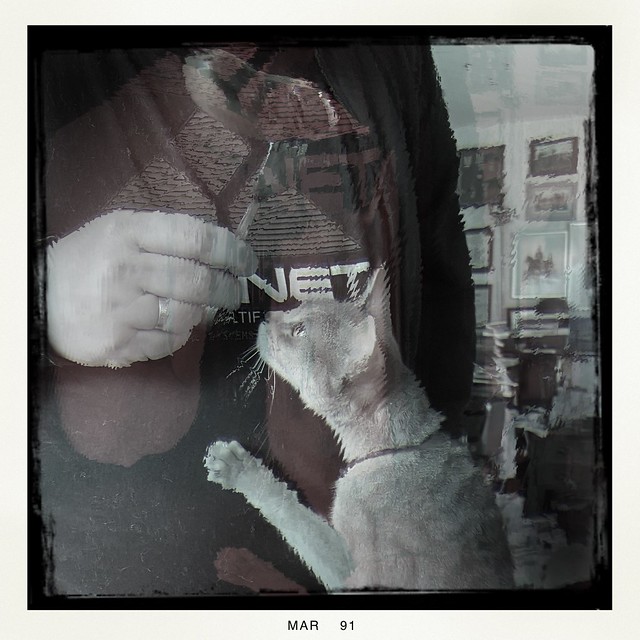 It was so funny to watch her! 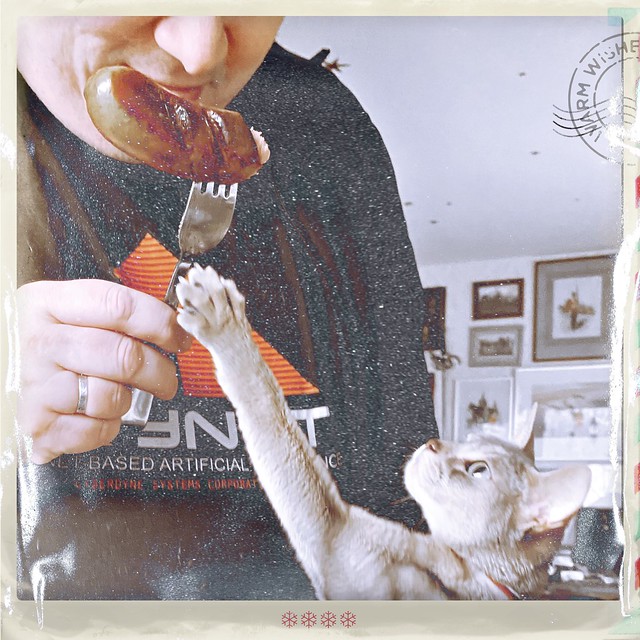 It smelled good to me, but it must have smelled amazing to Rory for her to act this way. 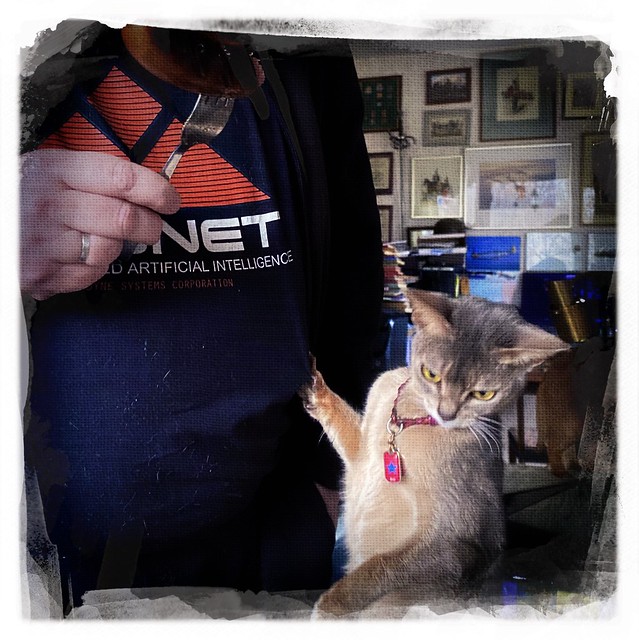 But Rory had competition for that brat, though. Someone else wanted it, too, and look at the daggers she’s staring at him. 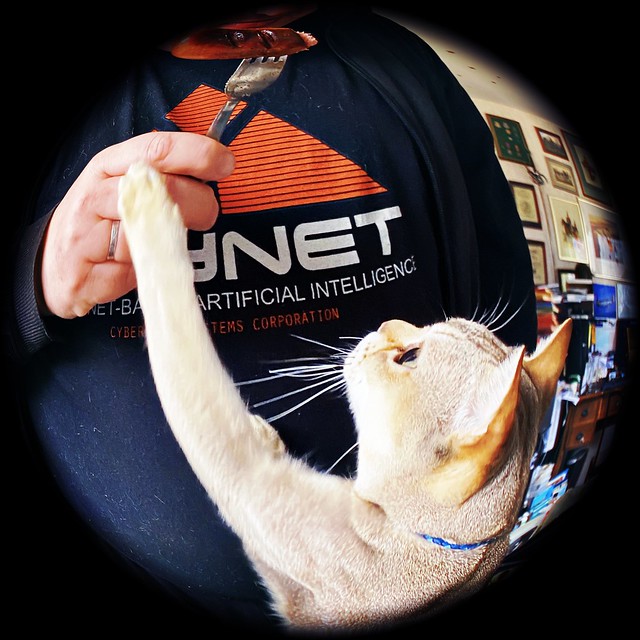 I know you probably thought it was going to Alfred…but it was Izaak! 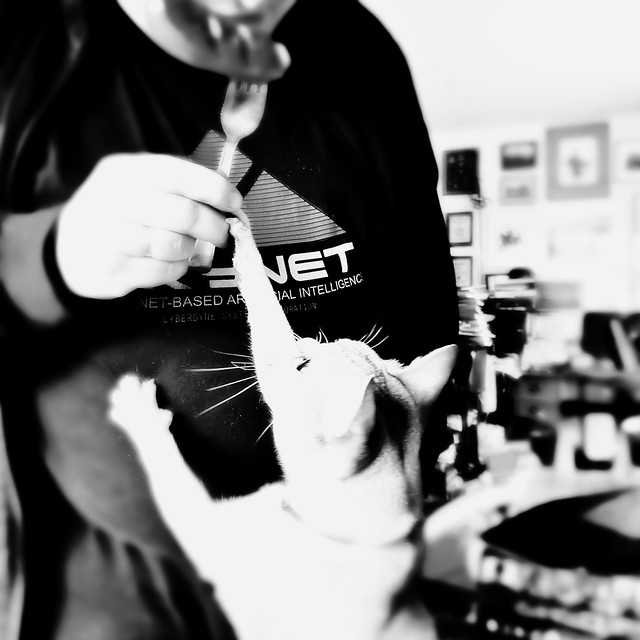 And for Zak to try to steal food is even more unusual that Rory doing it. He is strictly a raw meat kind of guy. 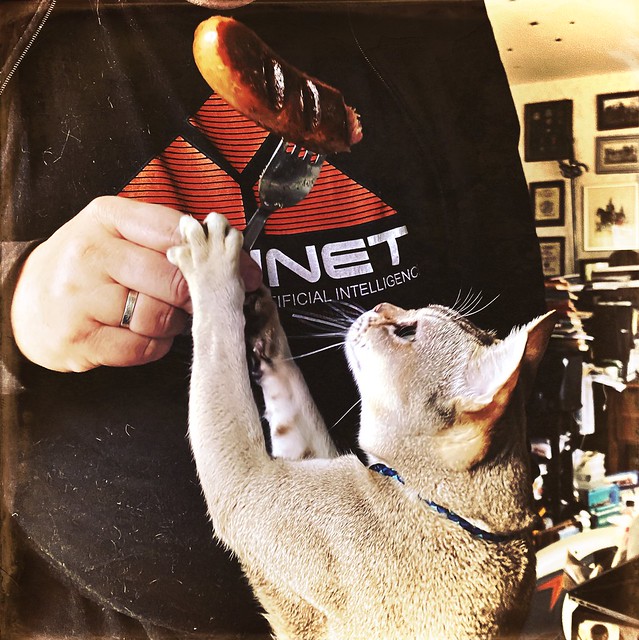 And he wanted it even more than Rory, too. 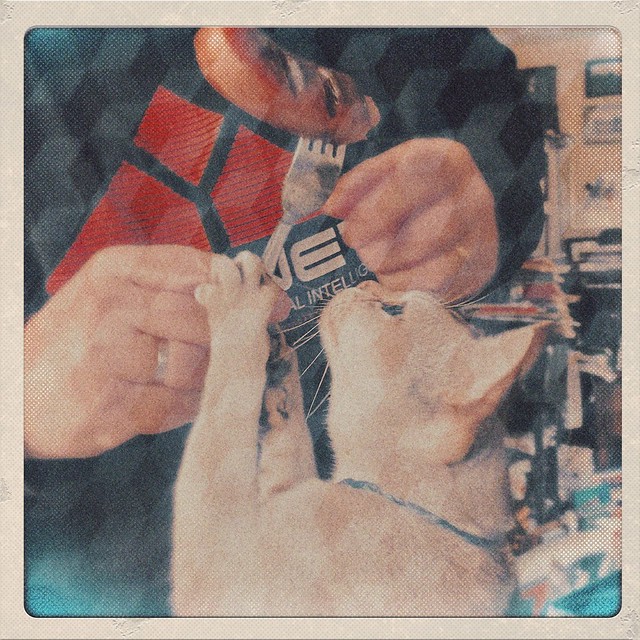 Björn said Zak was really pulling down on his hand. For a little dude, Zak is strong for his size!