Last weekend, we watched an amazing movie called Isle of Dogs. It’s a Wes Anderson film, which I find rather hit-or-miss, but I did like his first stop-motion animated feature, Fantastic Mr. Fox, and it looked intriguing, so we gave it a shot. And, oh, was it worth it!

For a movie with the word “dog” in the title, it was actually, surprisingly, quite focused on cats. It’s an interesting Japanese pastiche in which the cat-loving Mayor Kobayashi has banished all dogs to Trash Island. In the introduction to the film this is all explained with some beautiful illustrations and scenes. My favourite, which is only seen for a minute or so, is the incredibly elaborate Cat Temple (seriously, look at that link; they did an incredible amount of work to create something that’s basically only one scene)! Of course, I instantly noticed the five cat statues to the right of the temple doors…one large, one tiny, two medium-sized and one small. I had to pause it and point out how the five cats matched our own five! 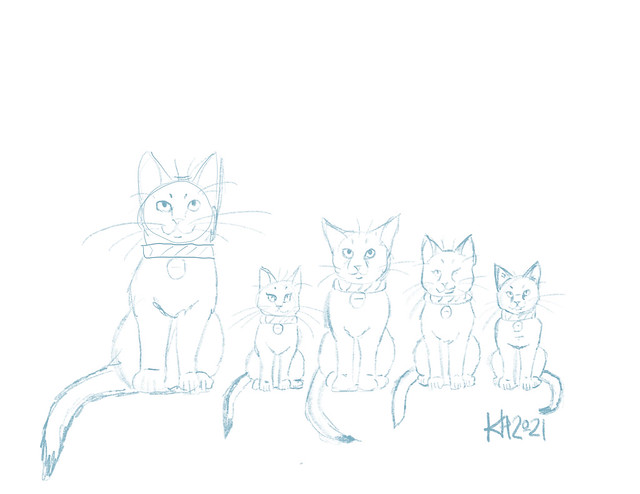 And then…I had to draw it. This is the sketch… 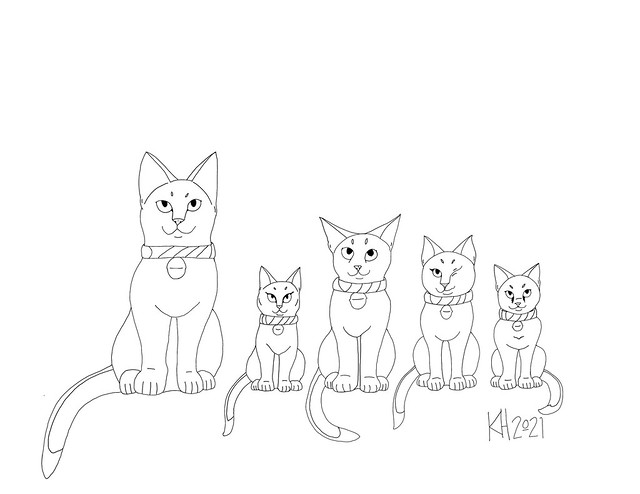 And here’s the ink. Covid aftereffects have really been kicking my butt this week, so it took me a while. I know where I want to go with this, and how I want the colouring to look, but it’s taking me longer to actually do it than I planned. 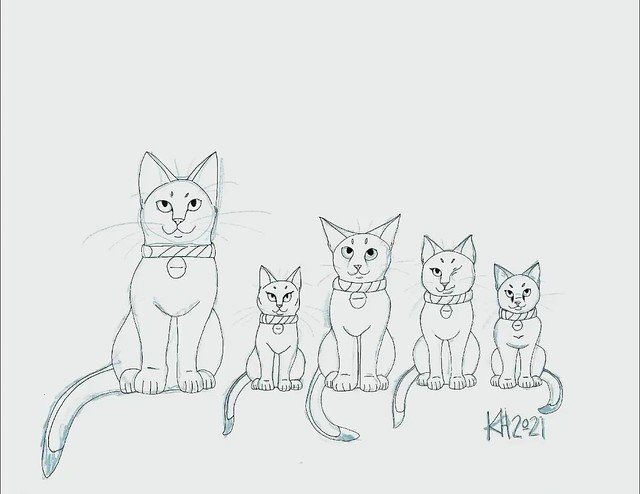 If you want to see the time lapse video of the work in progress, click the image to open it in another window.