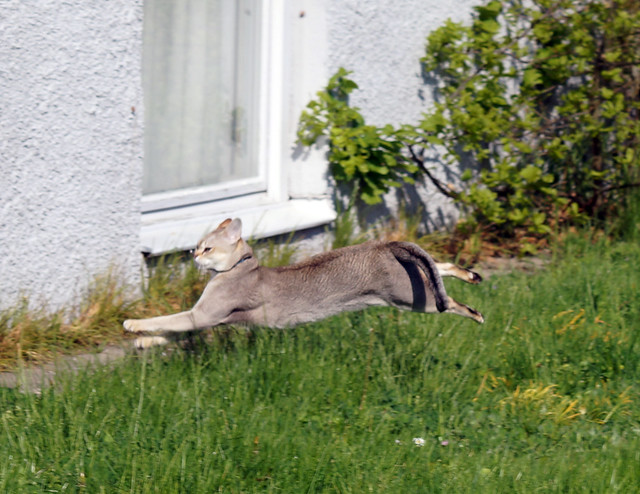 It’s so different from the way the Abys run. 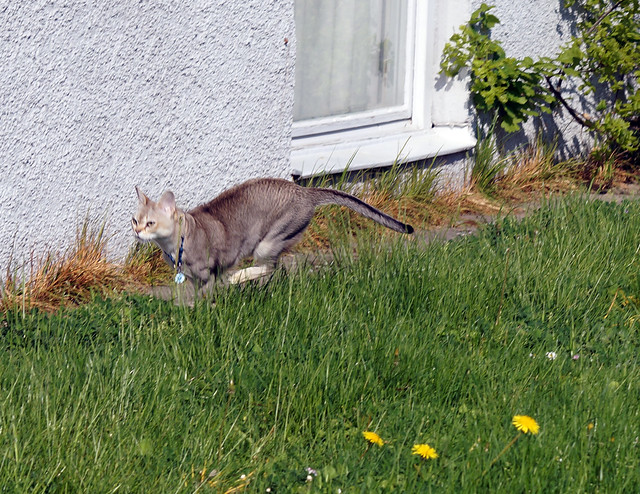 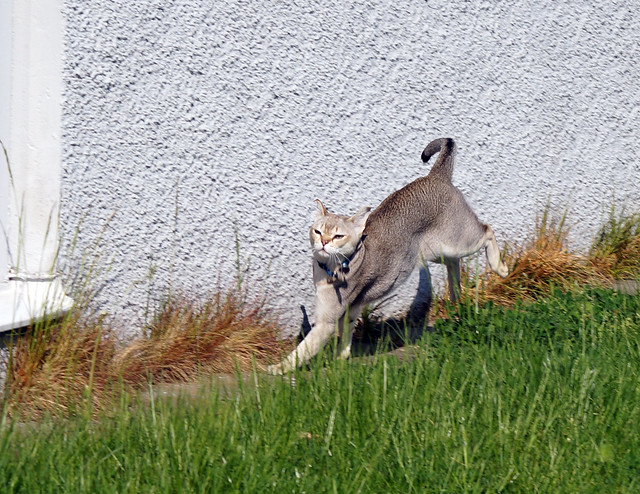 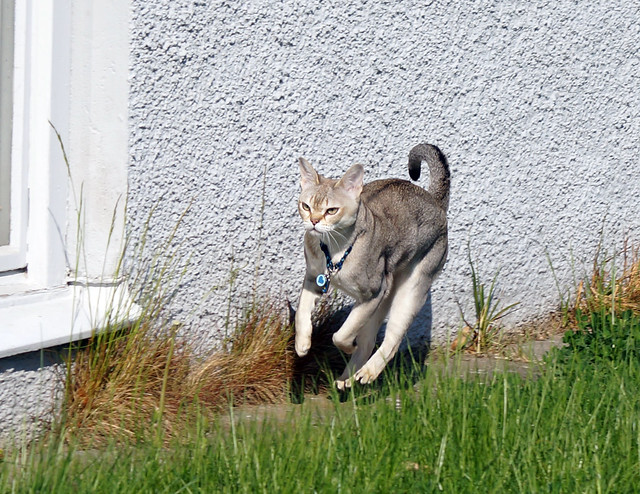 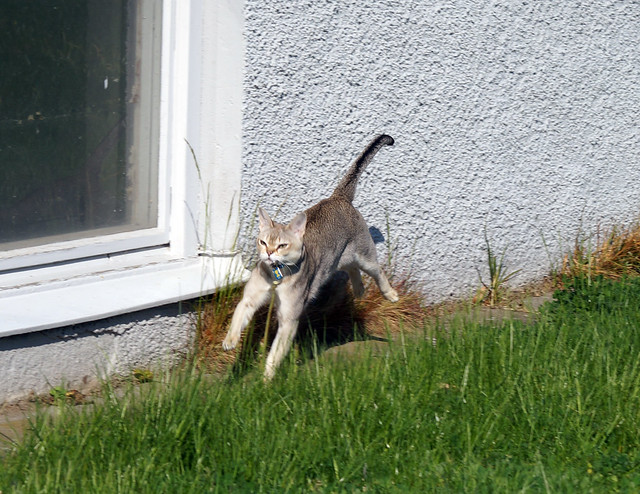 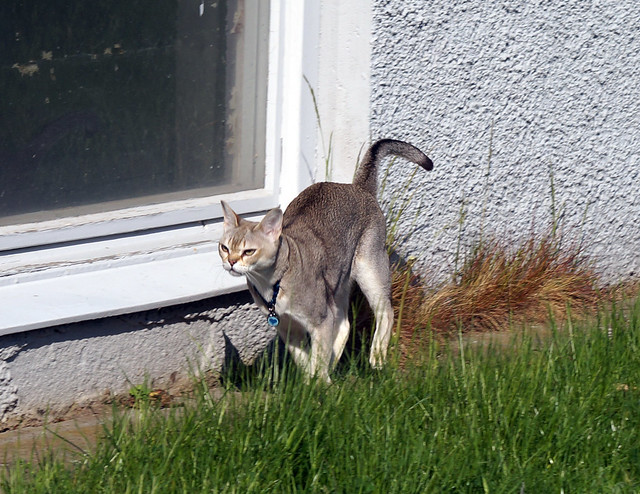 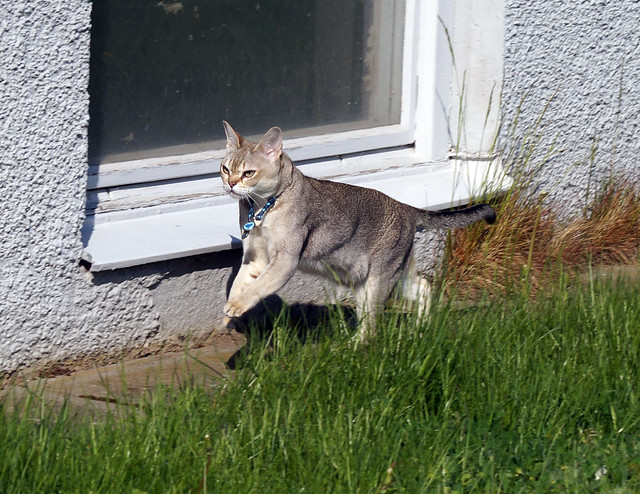 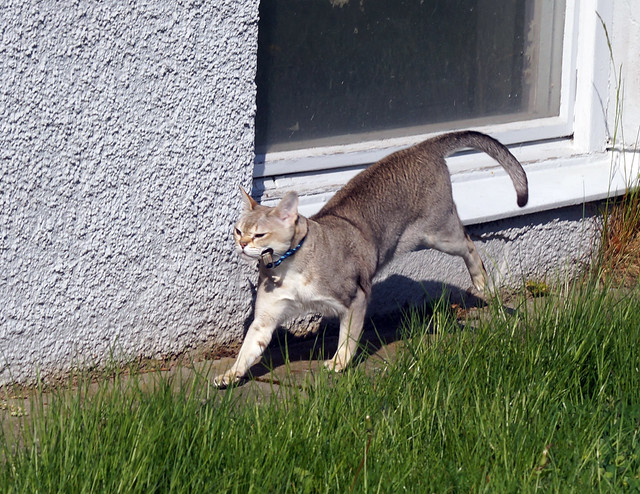 I’ve also noticed he has a tendency to curl up his tail as he runs, while the Abys’ tails are either straight up or straight out. 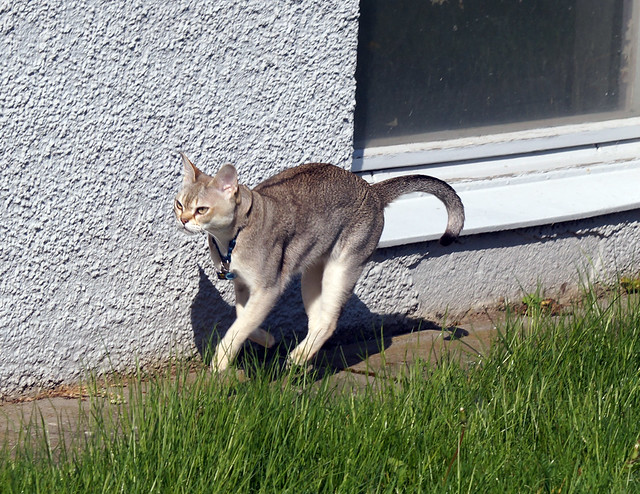 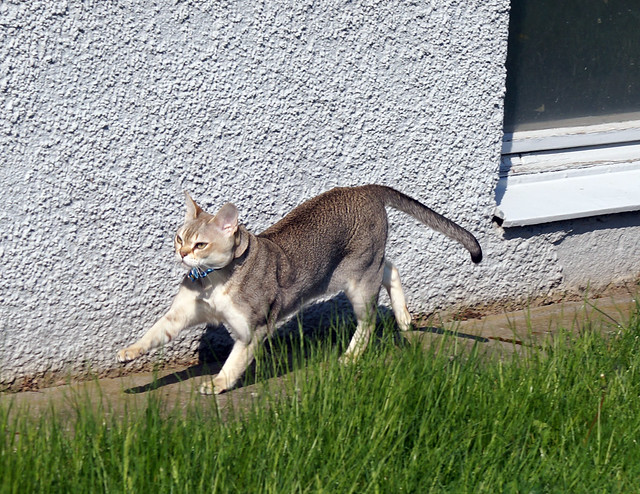 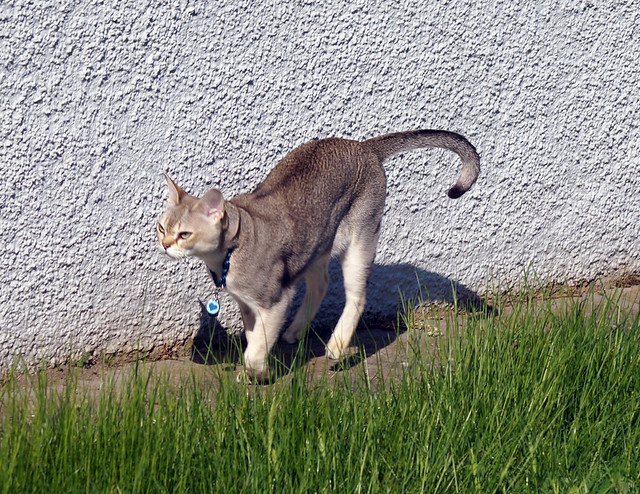 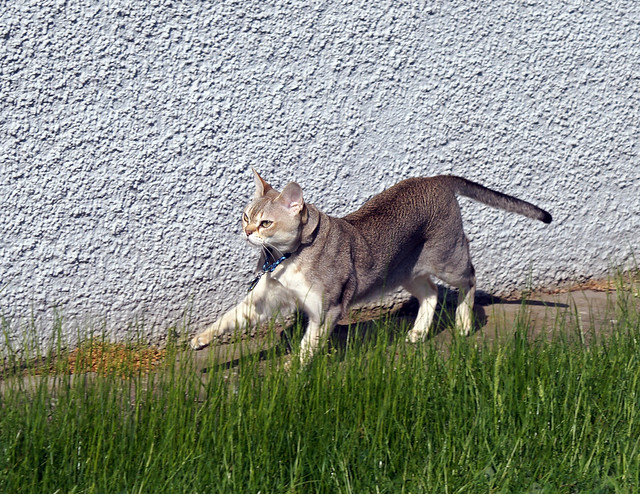 Zak’s got a swagger to his stride that the Abys just don’t have. They’re more about the speed. 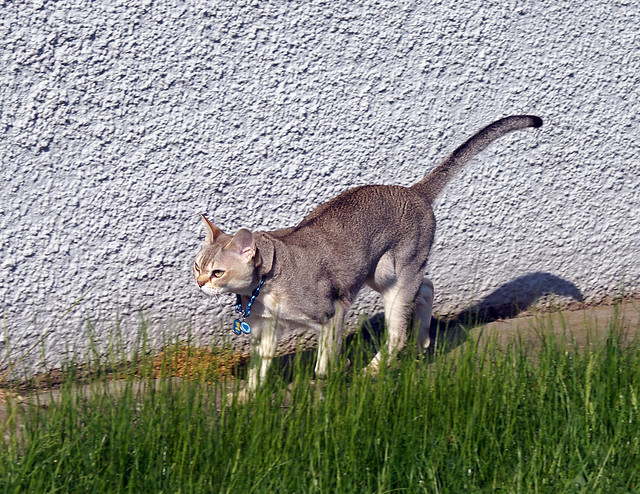 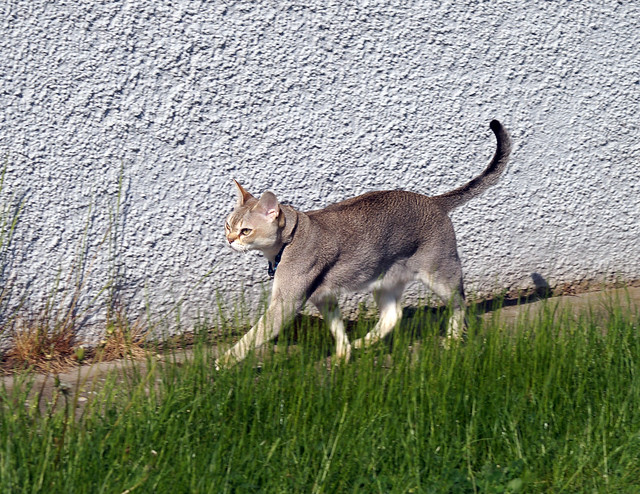 And then Zak slows down to a businesslike trot. 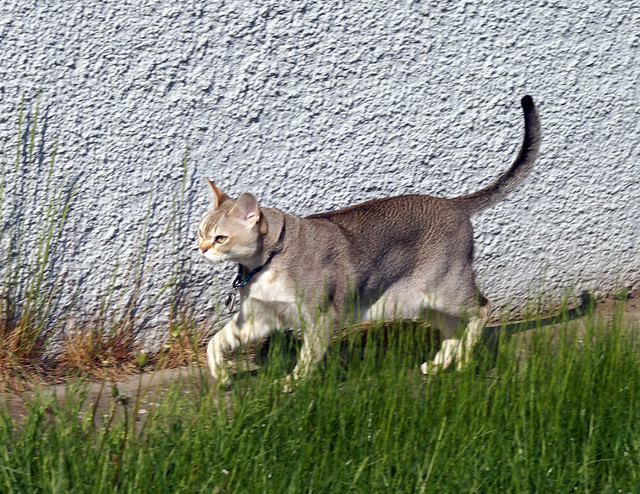 He’s clearly a cat on a mission. 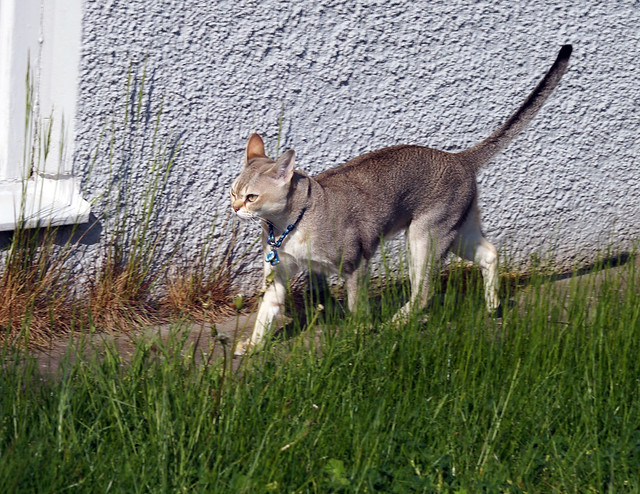 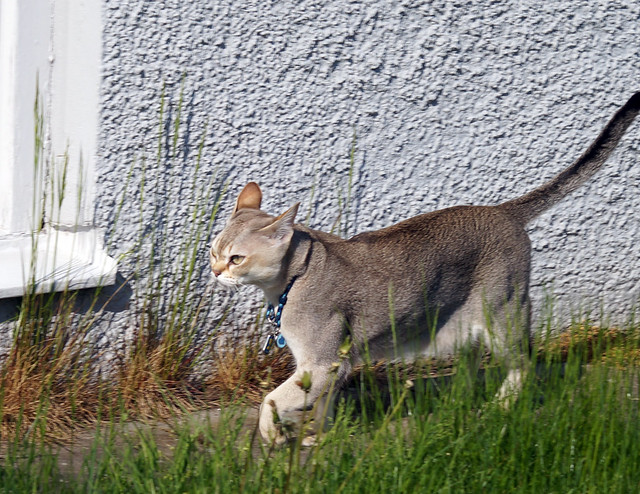 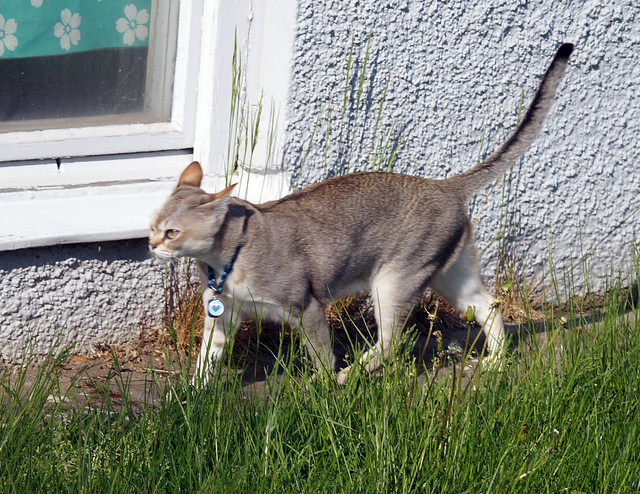 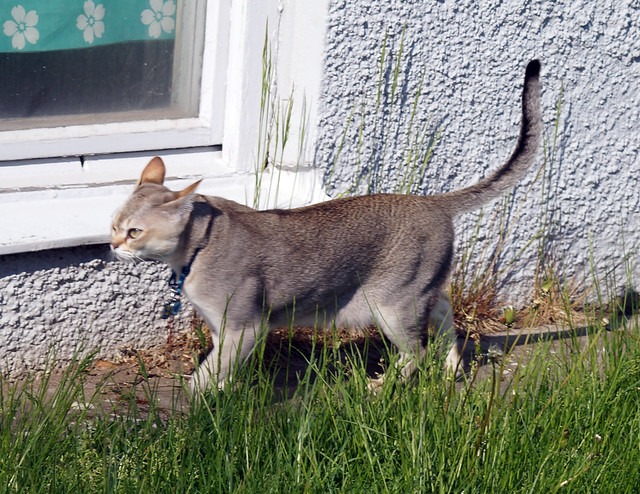 Earplane 1Z44K is taxiing down the runway after another successful flight. 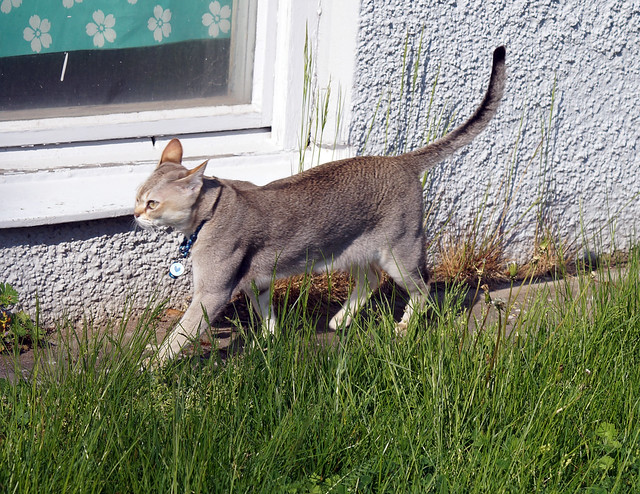 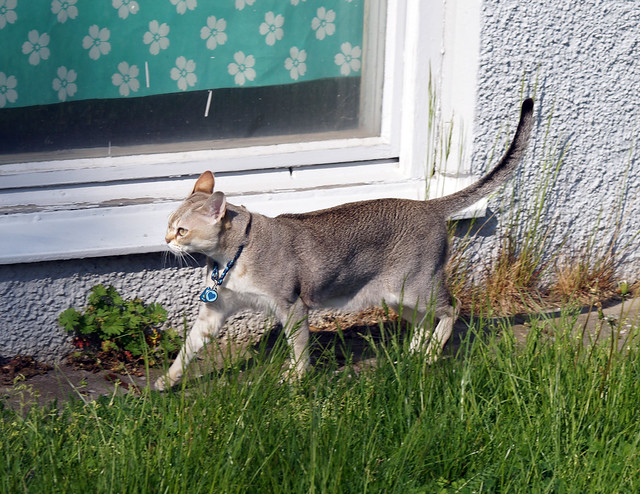 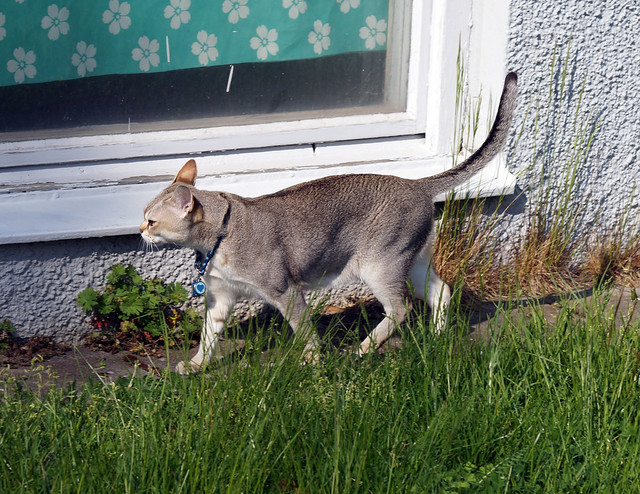 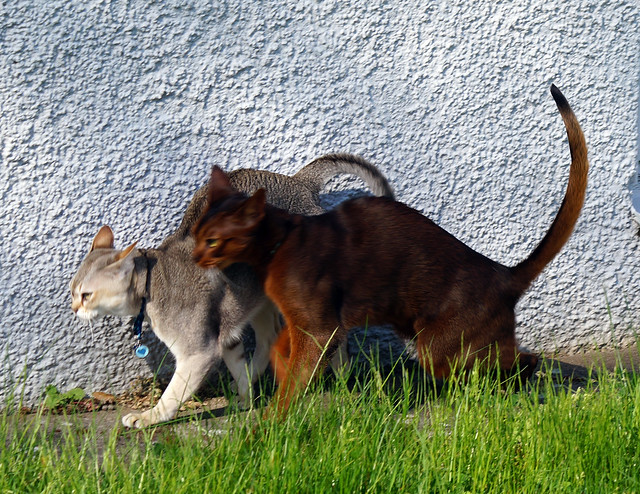 After the successful landing, he is met by his faithful groundcrew.