As I mentioned the other day, Dashiell is gradually becoming more comforatble outside. 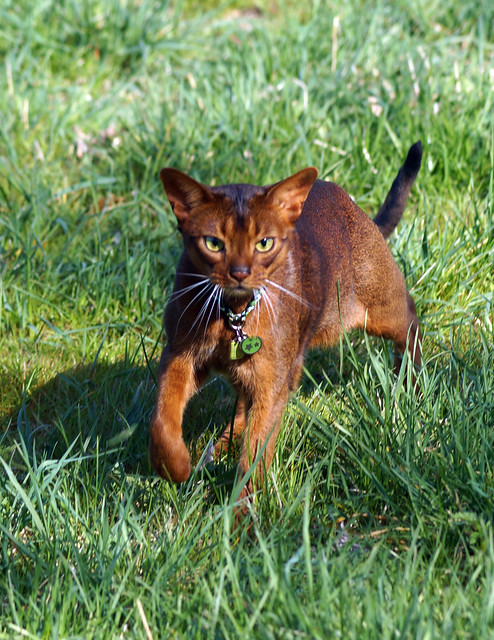 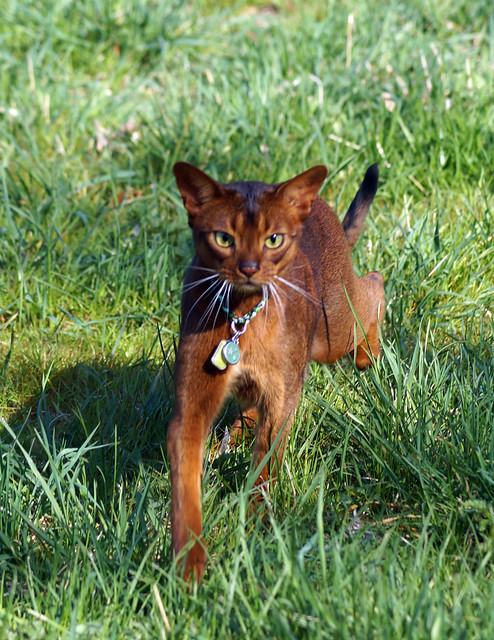 You can see it in his eyes and in his gait. 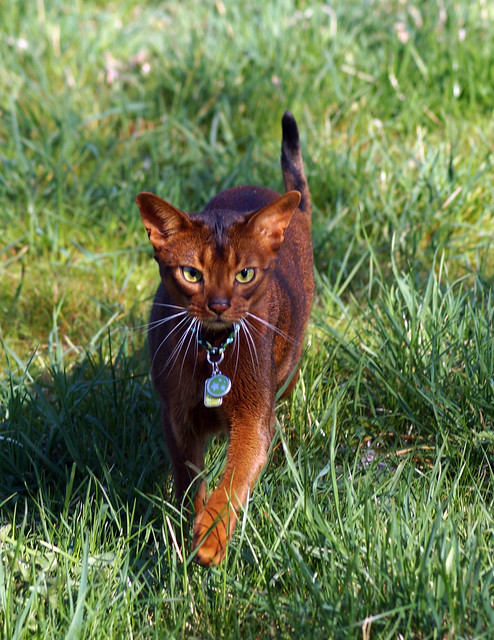 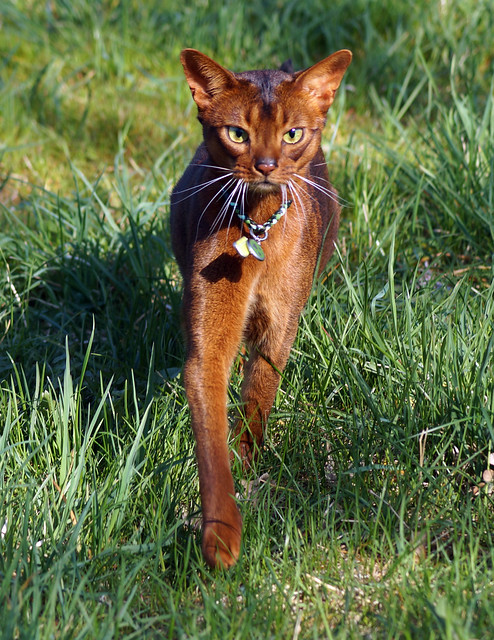 He’s getting much braver. We still have to catch him and bring him outside – he doesn’t eagerly race out like the other three – but once he IS out, he enjoys it. 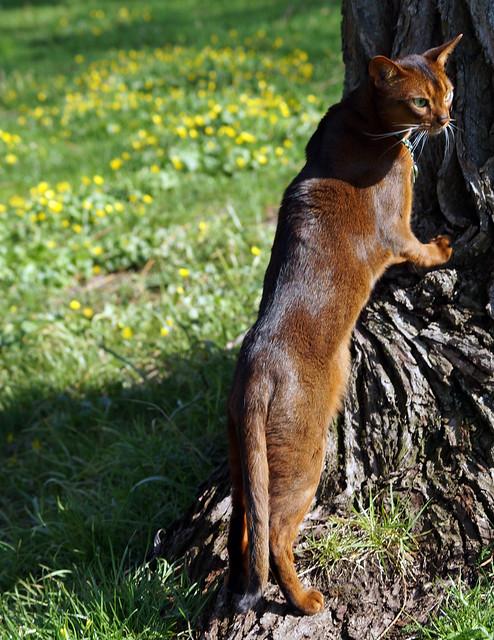 But look how incredibly shiny his coat is! I don’t remember Jacoby being quite this shiny. I think it’s because Dash eats more raw food. Jake refused to eat it. He would eat his other food and leave just the raw behind (kind of like Izaak in reverse). I can’t wait to take him to a cat show!

2 thoughts on “Aby-a-Day – 29 Maj: Dashiell with hair brighter than the sun (Swedish Saturday)”