A couple in the C part of our building recently got a Swedish Vallhund puppy. We’ve seen them walking him outside, but we had yet to be outside with the cats when they were training him. 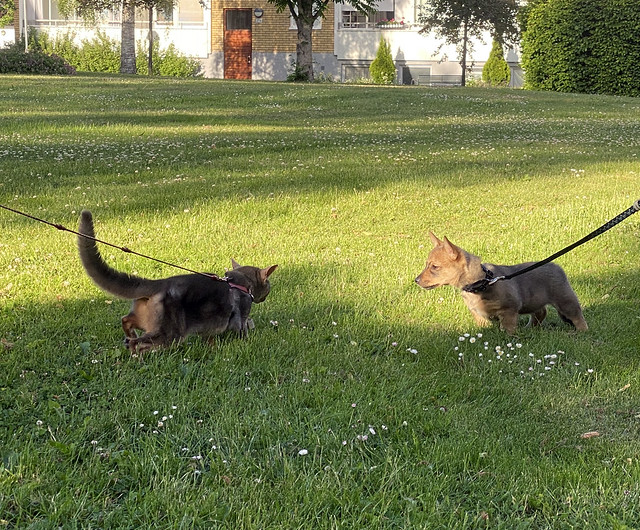 Until last Thursday, when we took the recyclables out. As we know, Lorelai likes dogs. But she’s never really met a puppy before. 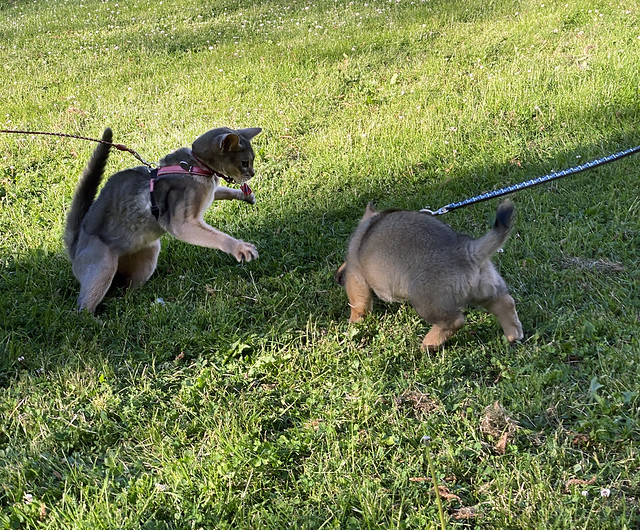 The pup is really young, and he’s squirmy and yappy. At first, Rory was a little taken aback. 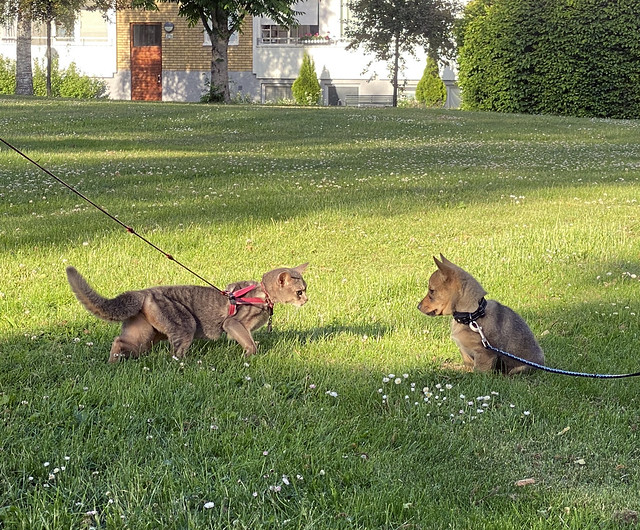 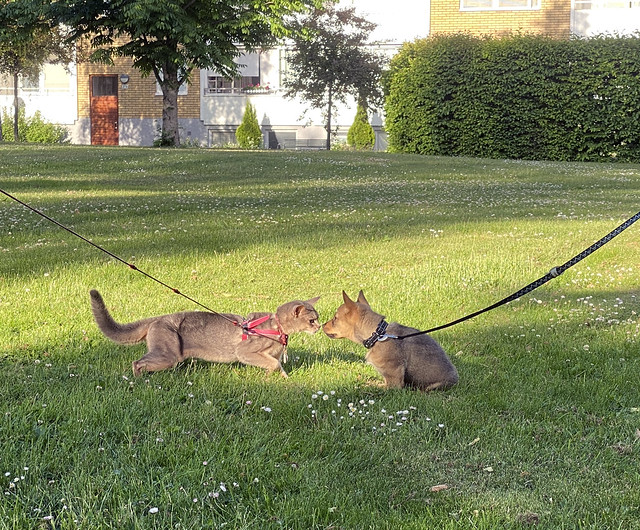 But eventually they touched noses. 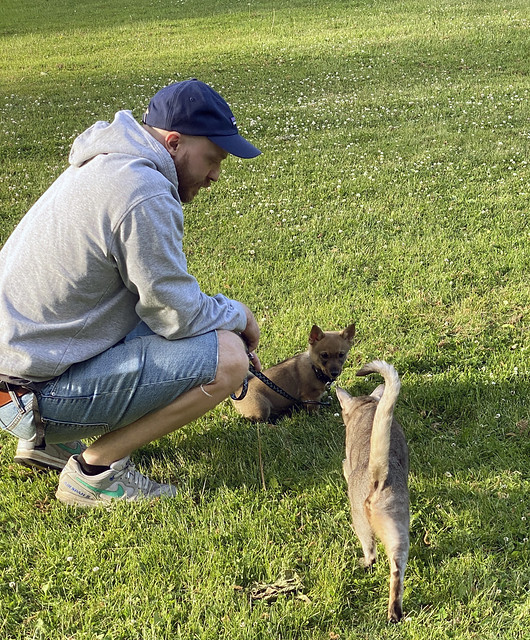 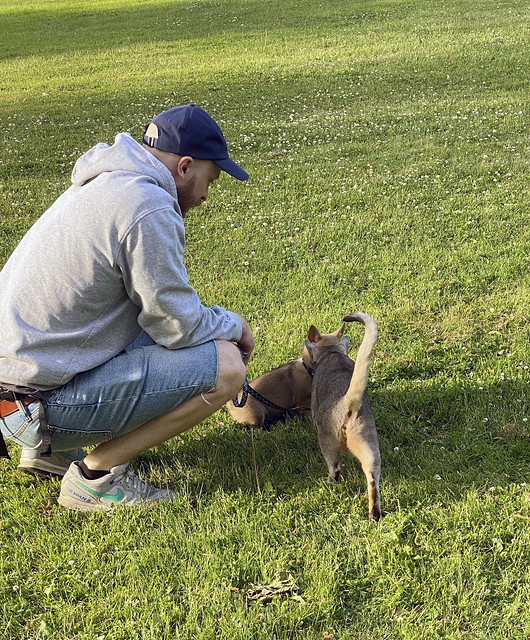 Then Alfred strolled up to meet the puppy, whose name is Toke (Pronounced “TOH-kuh”). 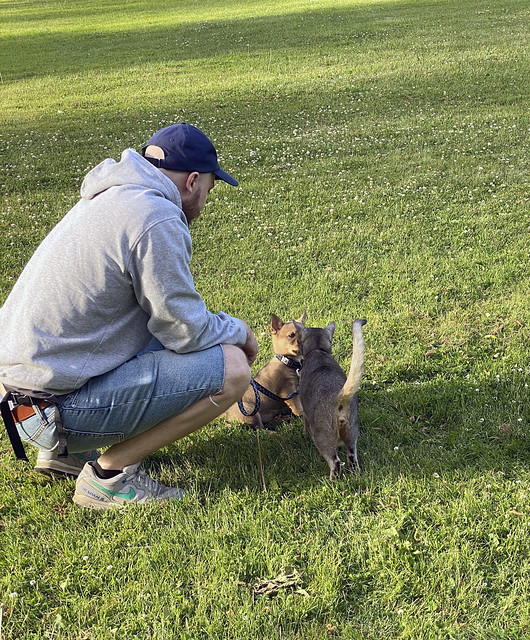 It was pretty funny to see how big Toke made Freddy look. Toke looks a little intimidated. Toke’s humans were happy to introduce him to our cats; they want to get a kitten as well. 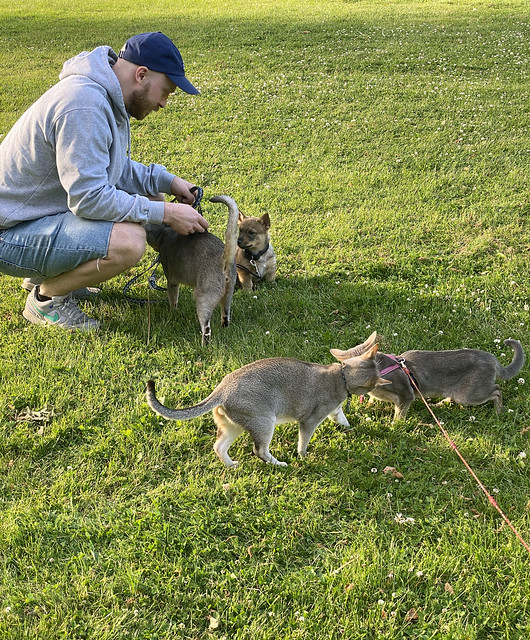 And then Izaak joined the party. 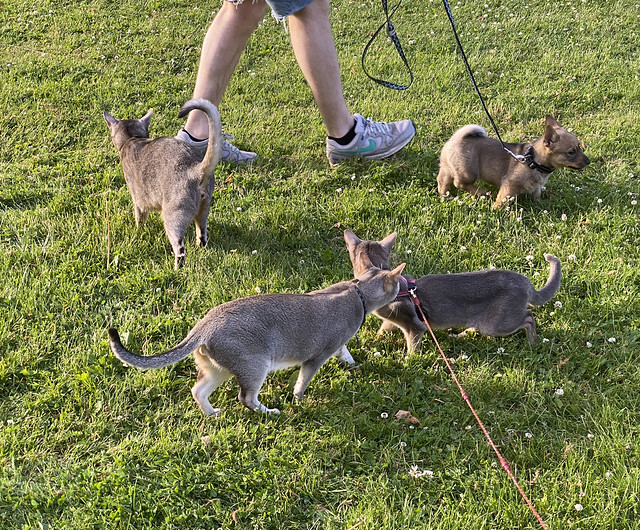 “That sure is a funny-looking cat!” 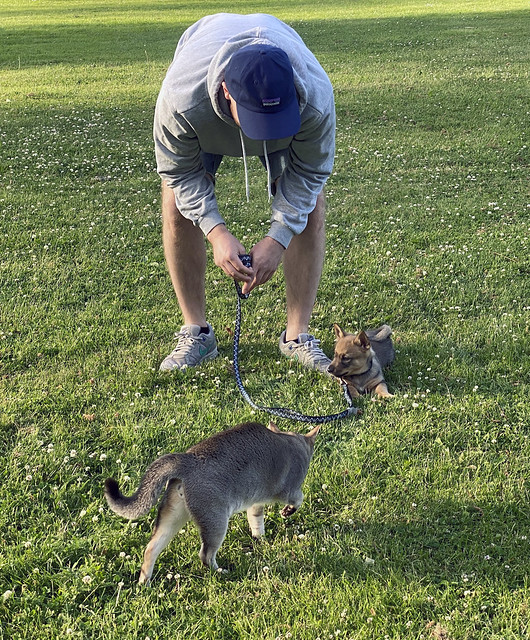