Yesterday, Iris asked me for a Marlin drawing for the cover of the catalog for our show next year. I didn’t want to do yet another version of Marlin grilling; I wanted to do something new. 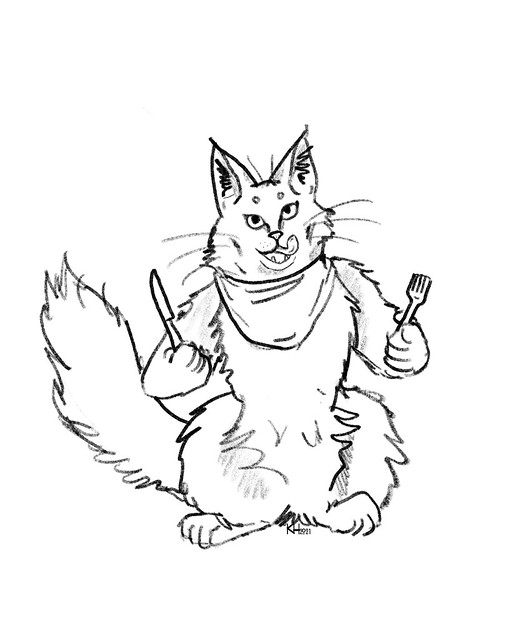 I thought about it a little bit, and, because the big theme this year is the outdoor barbecue dinner on Saturday night. So, I got the idea to do a sort of 1950’s-style guy eating at a table laden with barbecued meat, holding up a knife and fork with a napkin ties around his neck- 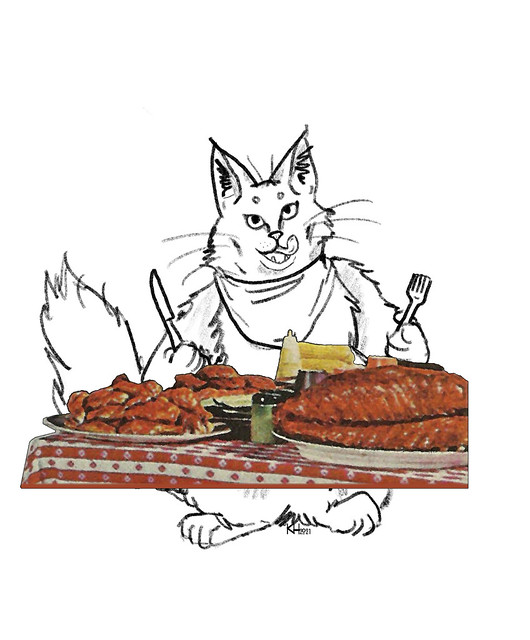 This is Marlin with the table of meat I found; it’s from an early 60’s Andy Griffith’s BBQ Sauce ad. I modified it in Photoshop and I may do more with it. Marlin’s feet won’t be in the final drawing; it will cut off at the bottom edge of the table, but I wanted to draw a complete Marlin in case I want to use some of the layers in another project later on. I also have a really fun idea of something to put on the bib. Stay tuned. 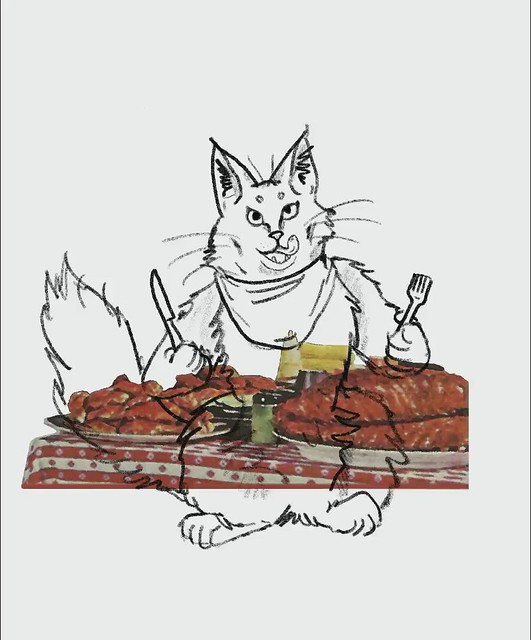 Here’s the video of my preliminary sketches in Procreate; click on the image to watch it in a new tab on Flickr.