Last week, I posted my latest NEMO art project, Marlin eating a fabulous spread of BBQ. Last week, I had gotten as far as the sketch. This week, I finished it, starting, of course, with the ink. 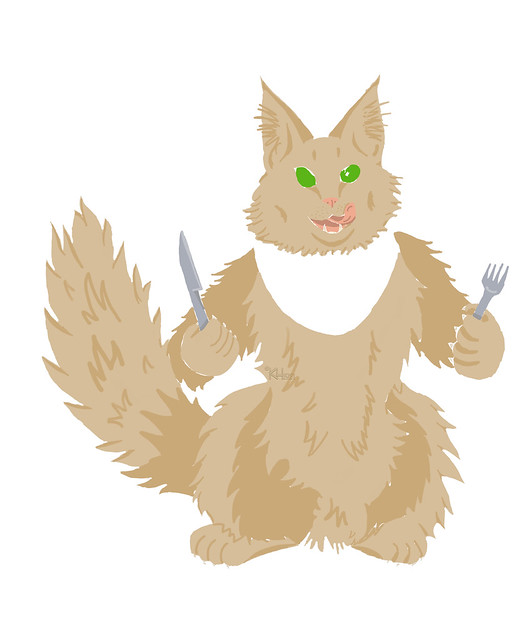 Then, underneath the ink, I laid down the undercolour. 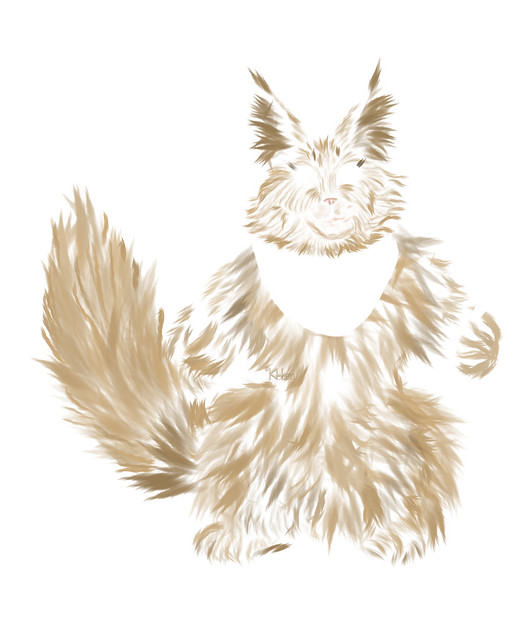 Over the ink, I painted the fur. 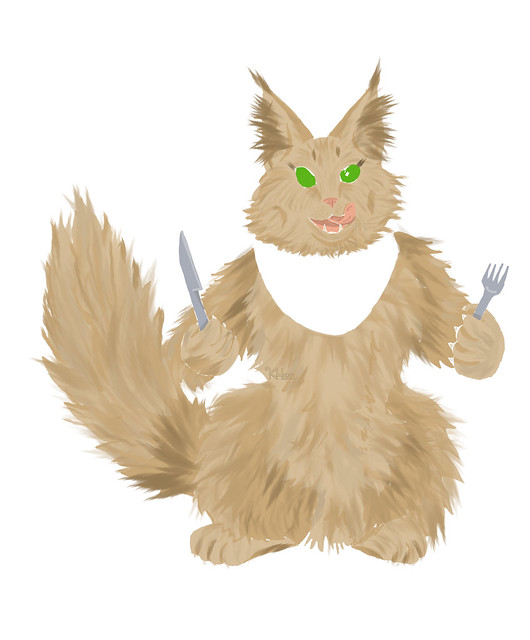 Here are the undercolour and fur layers together. 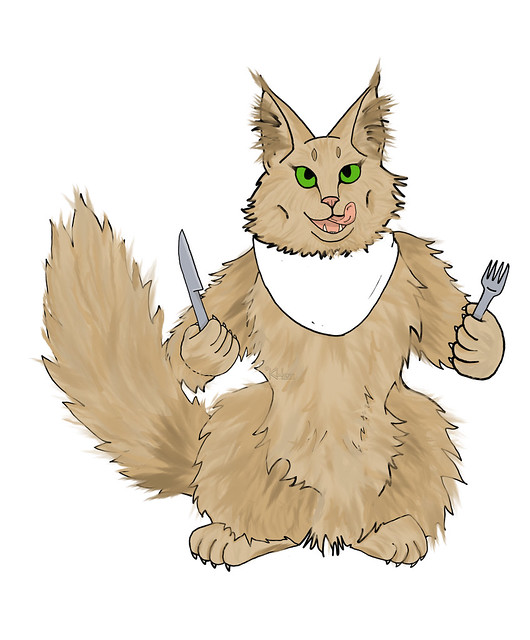 And here’s the completed Marlin. 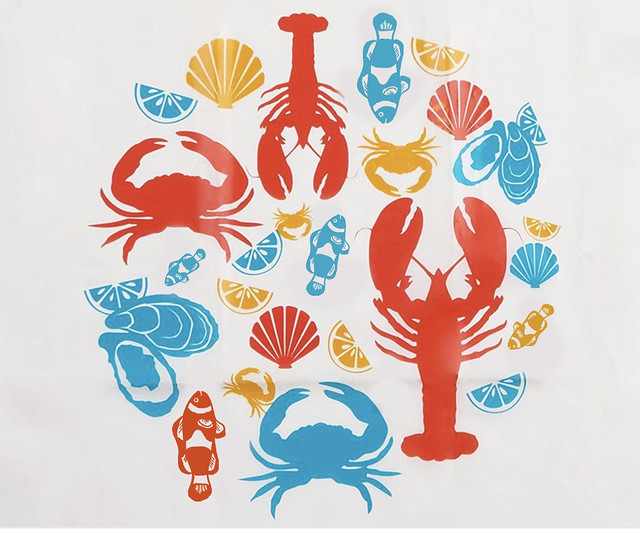 That was as far as I could get in Procreate. But I almo needed to create a pattern for the bib. I found an image of a New England-style lobster/clam bake bib. It had anchors on it, but I replaced them with Nemo fish. I know, subtle, and I was probably overthinking it, but it’s the little details that make good art. 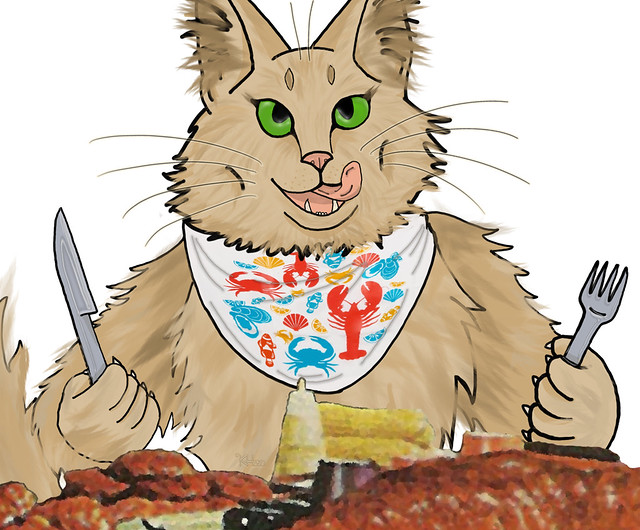 Then, also in Photoshop, I added details to Marlin’s eyes, silverware, whiskers, and the creases on his bib. You can see them in this close-up. 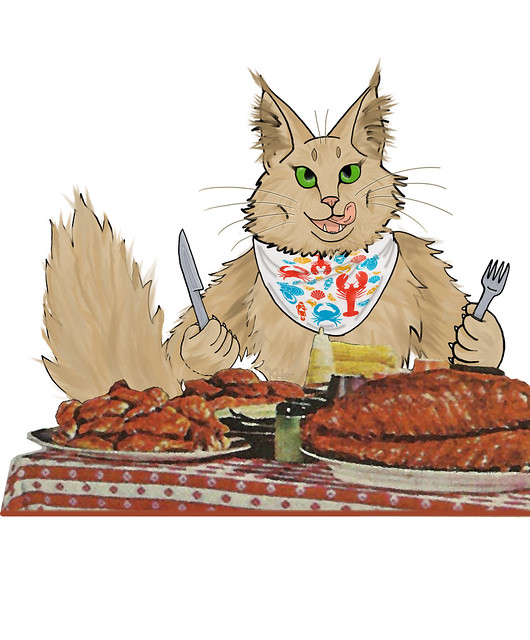 And here’s the completed Marlin! I am pretty pleased about how it turned out…even though it’s probably going to be printed in greyscale on the catalog cover. 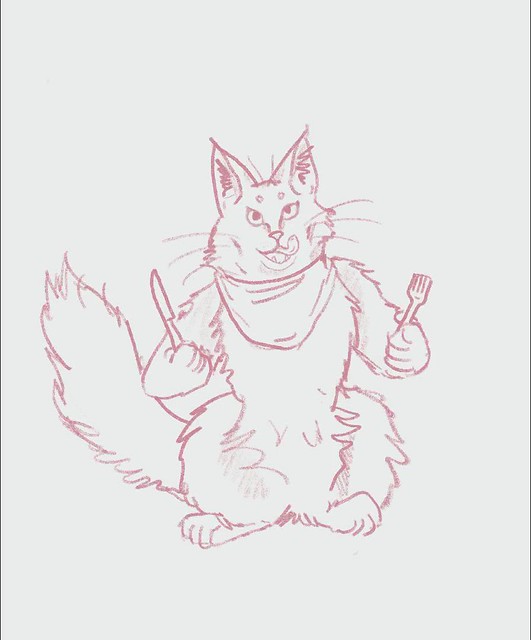 Of course, I also save the video of the inking and colouring in Procreate. Click the image to watch it in a separate windo on Flickr.