After the other movie-inspired artworks I did, I got to thinking about Pepita, the flying jaguar Alebrije in the Pixar movie Coco. 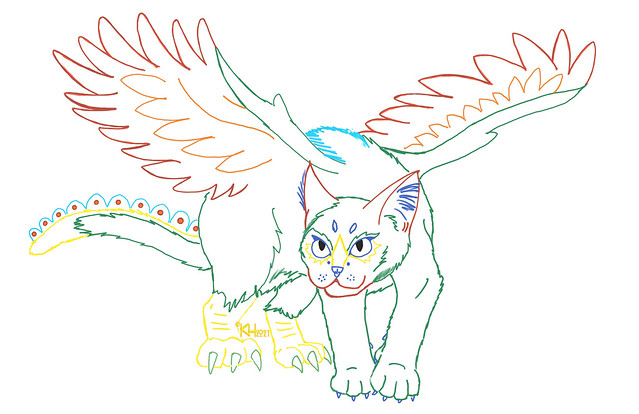 I could see Pepita as Alfred, so I went with it. I took a different approach with the one; instead of just black line, I used the colours of Pepita to create the outline. 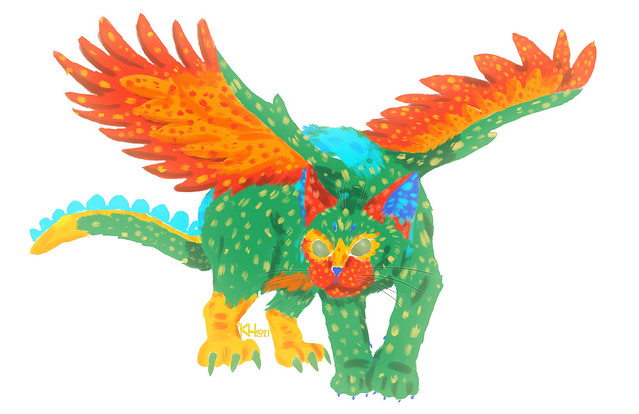 Then, as usual, I did the under colour. But instead of using the smooth airbrush to do the colour, I used an oil-painting brush which gave a very different effect.. 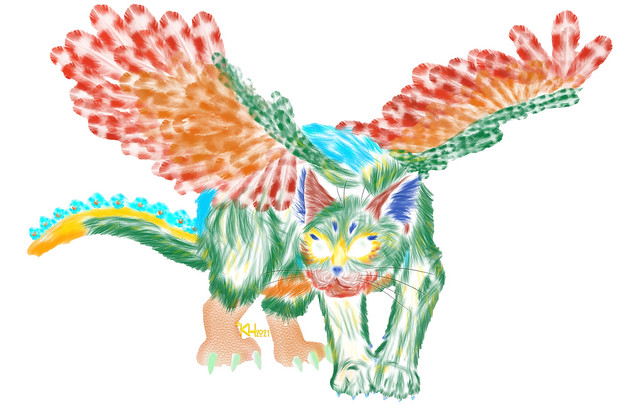 Then I did a fur and feather layer. It really made a difference! 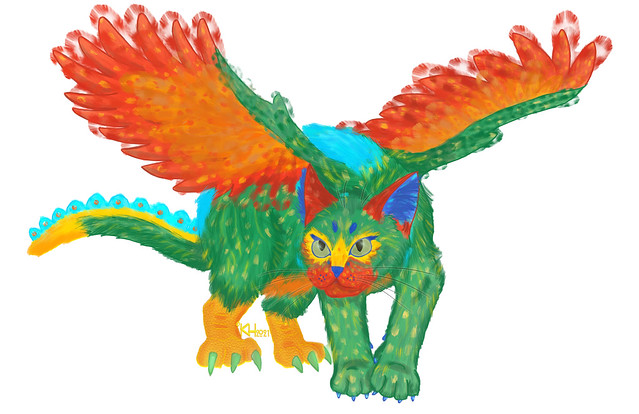 This is the combined fur and feather layer. 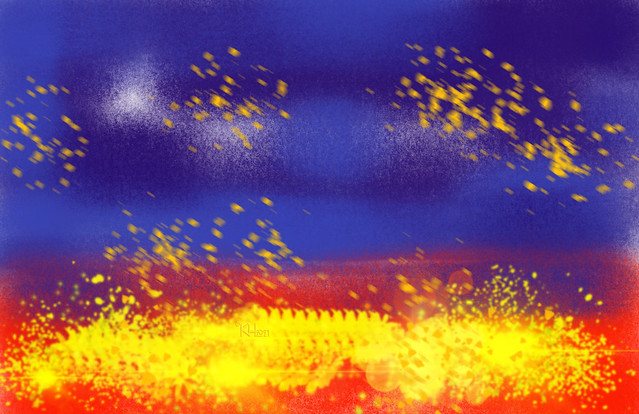 Then I started working on the background. 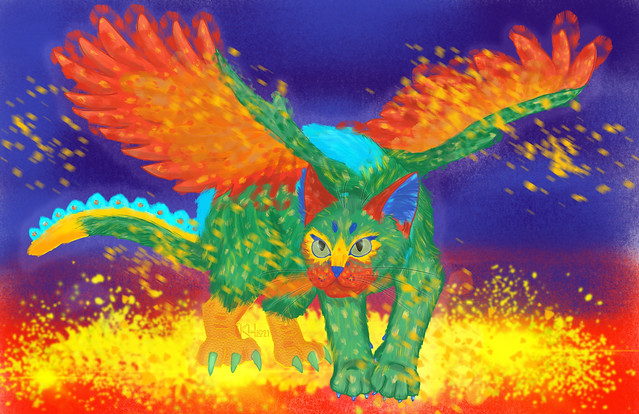 This is the final, combined image of Freddy as Pepita. Not only am I pretty proud of this artwork, but I TOTALLY LOVE the lighting on it. And OMG, getting to play with colour was amazing! 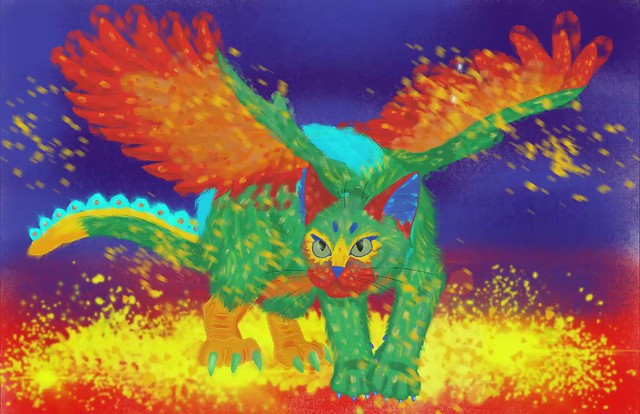 Here’s the Procreate video of my drawing process; click on the image to watch it in a new window in Flickr.